The Banderiantes project is situated on a hill-side plot on the outskirts of Sao Paulo. The Challenging distribution of 2.5 million square feet of units among just a few spare acres of land was addressed with a winding scheme consisting of a continuous podium and intermittent towers of varying heights, all, of course, with magnificent views of the city and surrounding mountains. The scale of the project was broken down with a clear separation between the more solid podium and the glazed towers, creating a covered and well-ventilated space for a generous amenities level on the roof top of the podium structures. Parking for a condominium units and the retail component are completely underground, allowing the use of valuable ground floor space for recreational areas. The ground level park is flooded with colourful native Brazilian landscapes and a major water feature that transverses the sites from north to the south. The created wetland environment culminates in waterfall and pond emphasizing the public nature of the retail stores on the property. Instead of building a mall-type structure from the ground up, exposing uninviting roof top mechanical equipment, all commercial spaces were sunken below ground with a major sunken courtyard as a center.

Passive sustainable design was used throughout the process, enhancing the value and quality of the project with features such as grey water treatment, cross ventilation on all units, 100% local materials, and roof mounted solar hot water panels. Overall, the combination of city and park creat an unexpected tropical environment in one of the world's largest metropolitan areas. 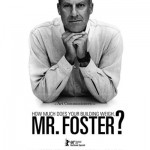 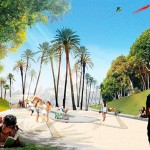