The Adelphi- London’s Art Deco Icon has been given new life by  award-wining architecture and interior design practice Aukett Swanke, through an extensive refurbishment programme.  It incorporated a complete remodelling of the entrance and reception, with two new atriums and communal breakout spaces, complementing the transformation of the existing office space into modern, contemporary workspace.  Over 156,000 sq ft of office space over levels one to six of the building has been refurbished as part of phase I, of which 100,000 sq ft has already been leased. The second phase to renovate levels 7-11 is expected to complete in early 2016. More info after the jump.

Completed in 1938, the Adelphi is a much-loved Art Deco icon for London and has now been sensitively restored to its former glory. The Grade II Listed building overlooks Embankment Gardens on the Thames, alongside the Shell Building and the Savoy Hotel, thereby occupying one of the most sought-after locations in the capital. Architects and Interior Designers Aukett Swanke designed the scheme from concept stage through to completion to a challenging programme. The design responds to the particular character of the building, acquired by Blackstone in 2012, and delivers an exceptional series of spaces for future tenants.

Fundamentally, the building had to be brought up to modern standards to ensure the continued use of this heritage asset. A series of late 20th century interventions were removed and the spaces transformed, greatly improving the quality of interior spaces and paying close attention to the spirit of the original architecture. Other improvements were made in order that the Adelphi could function more efficiently, such as the replacement of lifts and building services throughout. A major intervention was the insertion of two atria that bring light and views deep into the heart of the Adelphi and respond to the original plan form of the building. Each atrium is surrounded by high-grade office space, providing a combination of contemporary working areas within an historic setting, exposing the original riveted steel columns within the space.

Visitors enter the Adelphi through a grandly proportioned double-height entrance lobby, which retains its Art Deco heritage and many of the original materials and design features including ironmongery. The reception area has been reconfigured to improve the flow of people through the space and a bronze-clad reception desk set back at the end of a majestic space. Travertine was selected to match the existing finishes in the entrance lobby and used throughout the building common areas. The building has unique carvings and sculptures on it’s exterior, illustrating the industrial age and other themes and motifs. A series of reliefs created from carvings visible on the outside of the building have been introduced into the interior. Delicate cloud and wheatsheaf designs were meticulously scanned and recreated on a much larger scale, bringing the design history of the Adelphi into the interior spaces. Specialist lighting has been adopted to highlight these panels, creating an appropriate sense of drama in the public areas.

Suzette Vela Burkett, Managing Director at Aukett Swanke, said: “Our brief was to create a design for the Adelphi that would embrace its grandeur and yet provide for the needs of contemporary occupants. Through careful historical research and as a direct response to the spirit of the original design, we have sensitively and imaginatively designed new interventions as well as celebrating the original features of the building, transforming the interior spaces and bringing the Adelphi back to life for the capital.”

Ed Hodgson, Director at Blackstone, said: “With its Art Deco heritage, the Adelphi has always been one of London’s iconic symbols of modernist architecture. Londoners will be familiar with its imposing facade, and the redevelopment has been careful to retain the original Art Deco interior features. We’ve effectively created a new building within this magnificent Grade II listed structure, regenerating the Adelphi in a sympathetic, yet bold manner to meet the demands of modern day occupiers and enhance the Adelphi’s reputation as one of the West End’s most prominent office locations.”

The Adelphi is a significant London building and a key part of the city’s Art Deco architectural heritage. The site has a history that stretches even further back to the first Adelphi Terraces by the Adam brothers – one of the first mixed use buildings in London – parts of which still exist in the building substructure. Its location on the north bank of the Thames means that it is a prominent part of the riverside promenade and visible to thousands of river commuters and tourists on a daily basis. 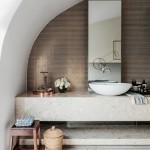 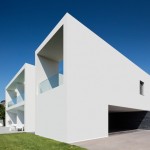