A difficulty with major construction projects is the fact that each project is unique and comes with its own set of unpredictable, unknown factors. Experienced construction experts might be able to minimise the interruptions and delays inherent in building projects, but they cannot avoid them altogether.However, planning for and mitigating construction delays when they do occur can take a lot of stress out of the process. Planning for setbacks in a construction project

Various issues, some of which are unforeseen cause delays, and only some are under the direct control of the construction company. Persistently poor weather, for example,can occur and has been behind the delays that have hobbled many hotel projects. Sometimes delays are caused by the client. For example, changes in the instructions for the project can have implications on its timely completion. Financial problems can also pause a project.

Meticulous planning can offset the likelihood of some delays. One of the ways in which careful planning can help is by leaving some time buffers between different stages of the construction.While It is always better for projects to be completed quickly, there is an inherent risk in timing stages too closely together. Construction companies that have a lot of experience will know how to judge the expected stages of completion realistically. There are widespread skills shortages in construction and difficulties in hiring people are known to have caused delays in several projects. Hiring and retaining workers is paramount to the timely completion of a hotel construction project as construction is still very much a manual process.One issue that can trip up even the most expertly planned timeline is worker attendance, with workers not reporting for work in the numbers you expect– leading to missed deadlines.

Handling a delay when it becomes apparent

If a construction project is showing signs that it might fall behind schedule, it is better to address the problem and notify all stakeholders immediately instead of ignoring the situation. Delays can be compensated for on various levels, but it becomes more difficult as time passes. Concurrent delays, when more than one event affects the progress of a project, can be very difficult to handle.

Delays might eventually involve compensation for the party that suffers a loss. Sometimes, especially in the case of concurrent delays, it can be difficult to determine who is at fault for the loss. However, if the owner of the project was expecting to start collecting funds from a completed project – as in the case of a hotel – the damages claimed can be extensive. That is why it is vital for all parties involved to be realistic about what is achievable within the construction timeline. Any delays that arise must be carefully managed to ensure the time lost is kept to an absolute minimum. 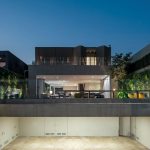 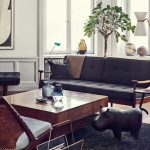