After the jump view more images accompanied by architects description:

Le Far du Grand Vent has been designed especially for the city of Alger in a manner that perfectly adapts to its environment. The design for this project follows existing forms and urban traces tissue close to the plot, bounded by a road and other buildings around it. This merged with the city and its surroundings, works like a hinge belonging to the city.

The goal of this project is to develop an iconic building friendly to the city, able to relate to existing, provide new services and new sensations and feelings pass through the proposed architecture. Our philosophy, in that case, focuses on building life, creating environments where people can enjoy and live.

This design, of future trends, could be compared with the shape of a ship, angular at its base, considerably higher than the levels above that follow. Furthermore, the creation of levels, different from each other, with large terraces overlooking the city, gives us the feeling that this large futuristic boat is in full motion by the wind, a key element for navigation and for the design of Le Far du Grand Vent as its name suggests.

With its avant-garde proposals resulting from the fusion of organic forms of nature, rigorous studies on the urban context, and the inclusion of social and cultural context within its own environment and design concepts, Le Far du Grand Vent is designed so that each space is different and each is capable of creating different sensations to users. In that sense, the overlapping slabs, rotated between them and separated on the outside, which make up the skyscraper, are the terraces that seem to be in different plane, dancing in the wind in constant movement. Geometrically speaking, are angular shapes, creating an imposing and impressive image, emphasizing still further the sense of fragility, as if at any time the slabs could fall from the heights by a strong gust of wind.

The use of materials such as glass in most of the facade, gives an air of sophistication and light, contrasting with the large size of skyscrapers. In short, Le Far du Grand Vent becomes the new icon for the city, a new reference point for citizens, both during day and night, because the glass passes all lighting of the interiors building. The main idea is to create a new urban node for the city, such as the most famous architectural icons that have marked, in some cases, the identity of cities like Eiffel Tower in Paris, the Sydney Opera House and the famous Empire State of New York. The distribution and uses of the program is projected for users and citizens of Argel, given its privileged position in the city. We have good communication route, the nearby presence of the sea, and the historic center of Cheraga. This allows the project to become a focus of providing new activities and promoting a multi-purpose architecture, which generates a living building 24 hours a day: service area, commercial area, office, hotel, apartments and the construction of public space along the main arteries of the city.

The position of the apartments and the hotel is situated at the top of the skyscraper, offering spectacular views and some privacy to residents imposed by the height. The lower floors, however, are aimed at public activities directly related to city, so that the base of this skyscraper is a new central area where mixed uses are interlinked so fluid and dynamic. DNA Barcelona Architects has been commissioned to restore the beauty inherent in the architecture and turn it into this great skyscraper, top design and innovation, seeking a balance between social, economic and environmental.

DNA develops new and future icons of contemporary architecture, translating ideas into projects to make them real: each project is unique with its own personality, its own soul and its own “dna”. The architecture involves the mind, body and soul and, somehow, this way of understanding and work our projects has become a hallmark of the company. 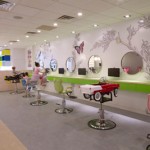 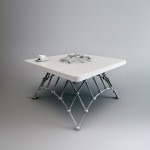