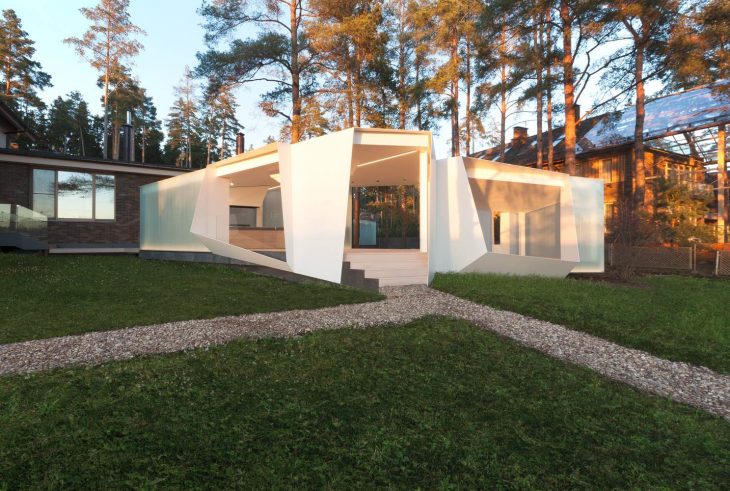 In Moscow there is a kind of summer tradition – to run, as far as possible out of the city, closer to nature, to dachas. This was especially true for a large family, who had ordered interior in a country house to za bor architects. 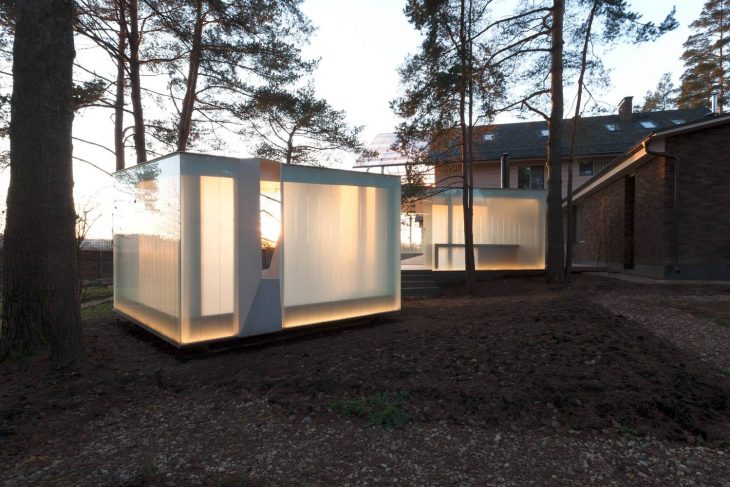 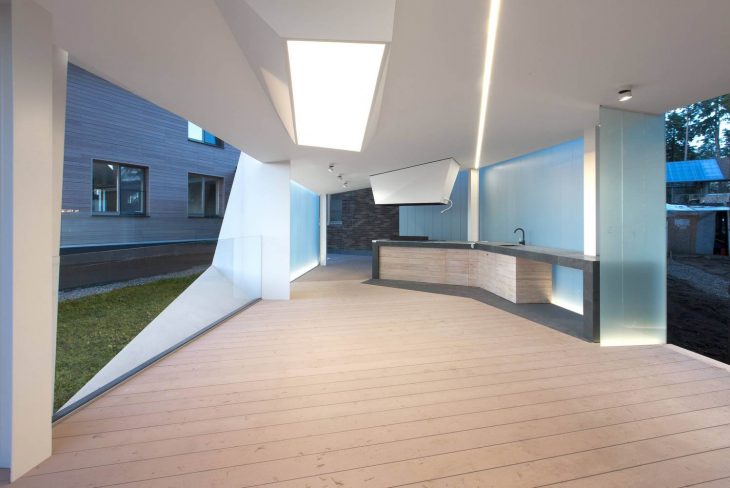 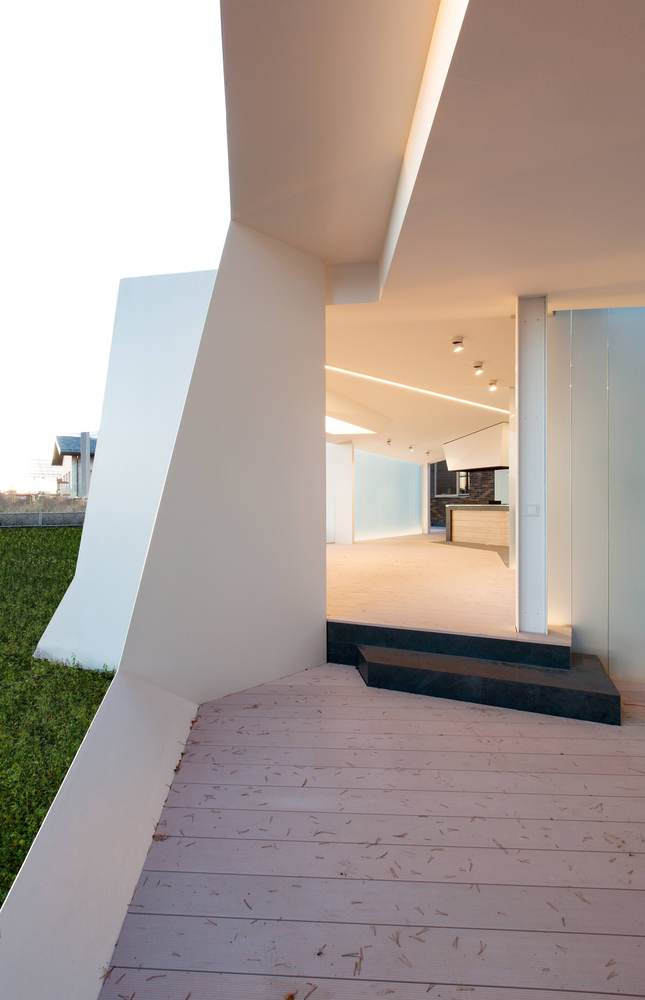 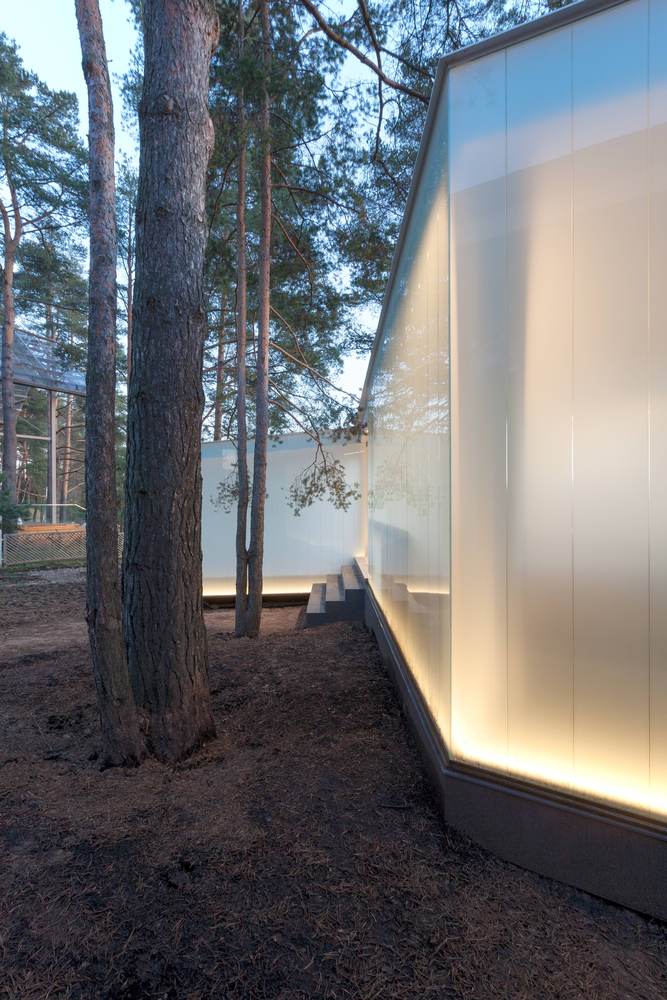 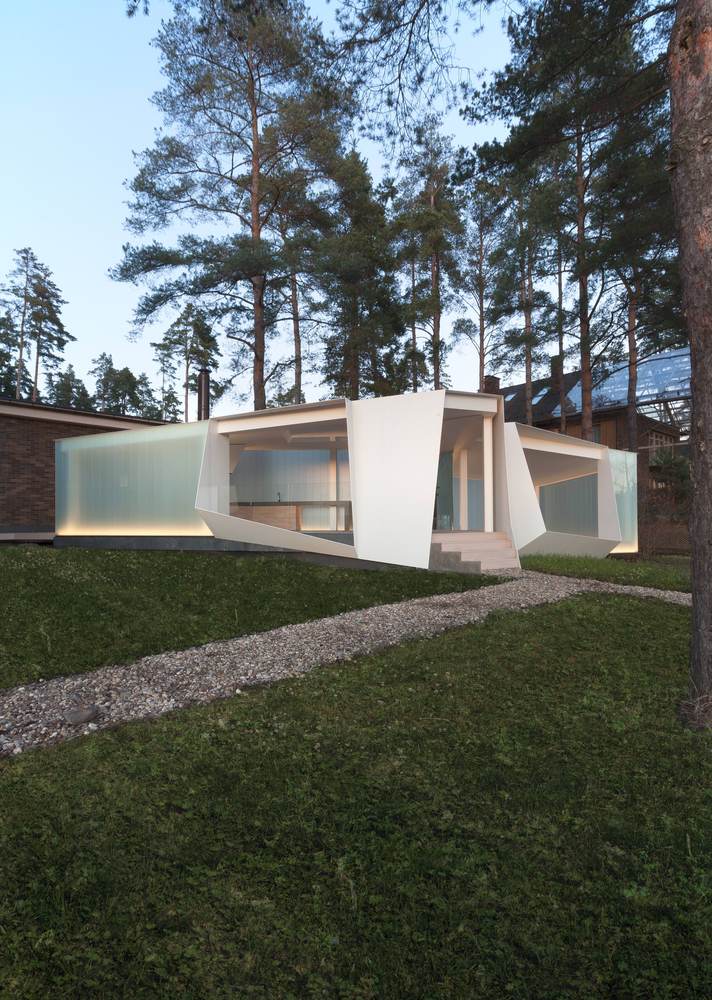 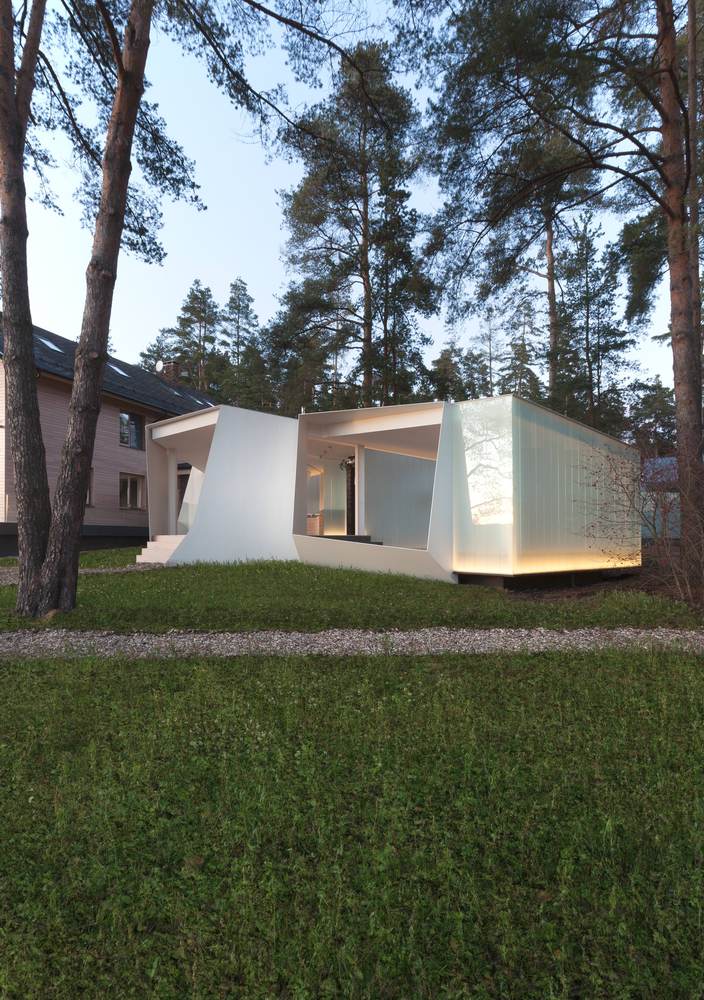 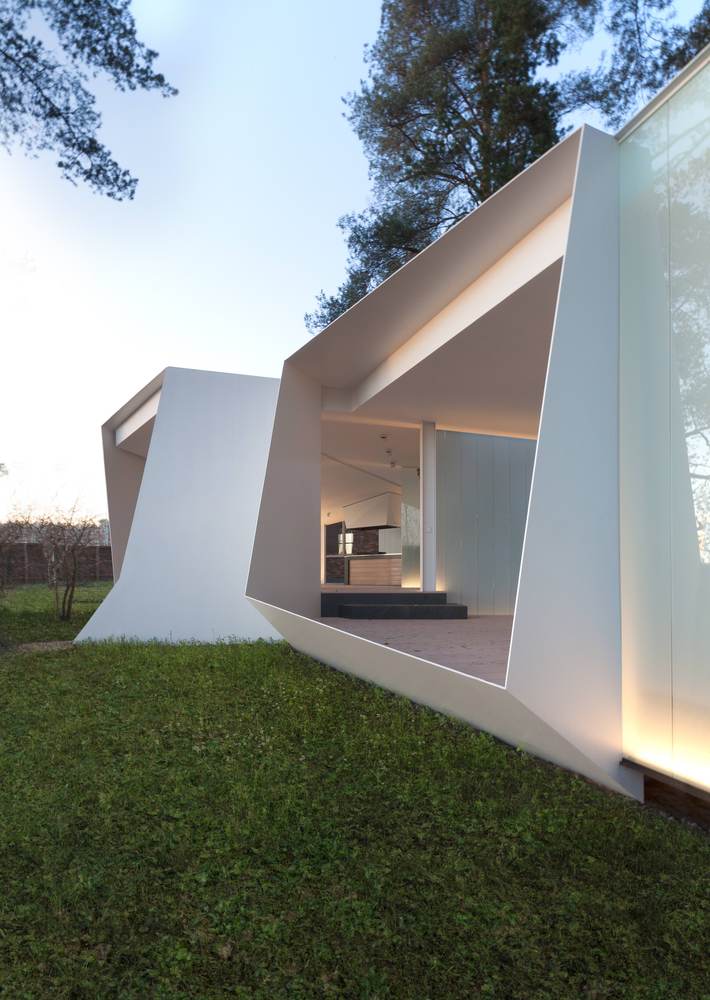 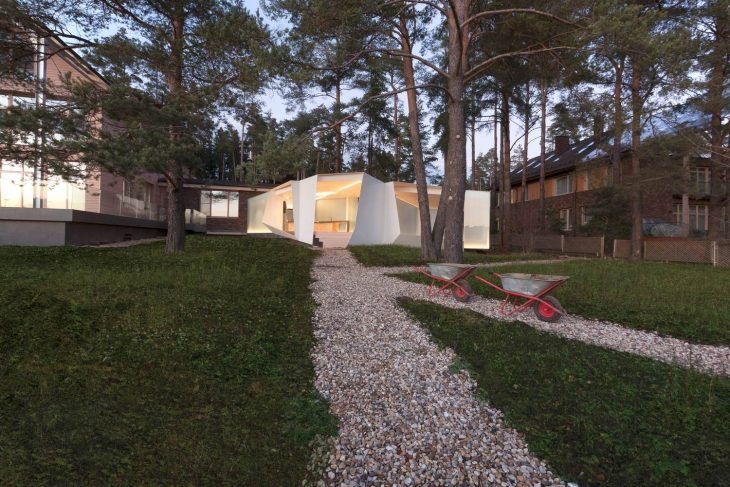 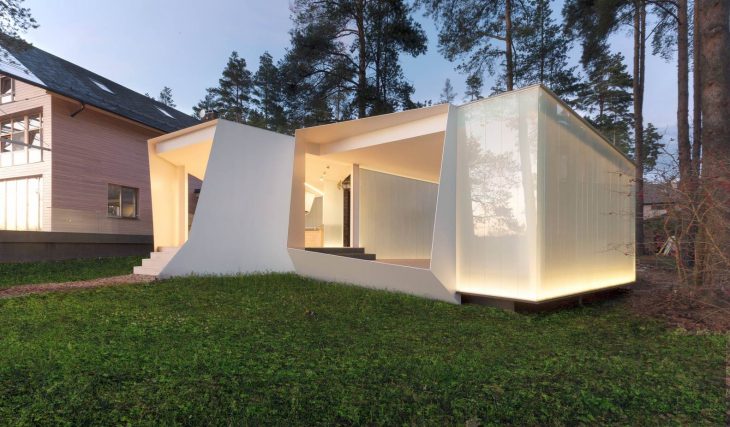 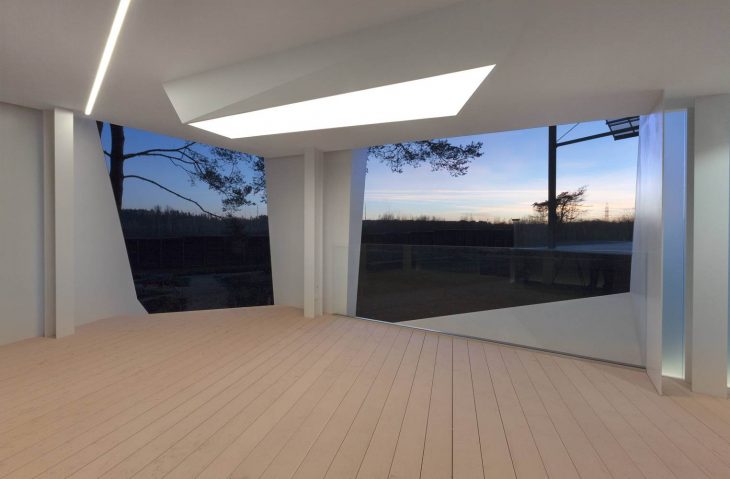 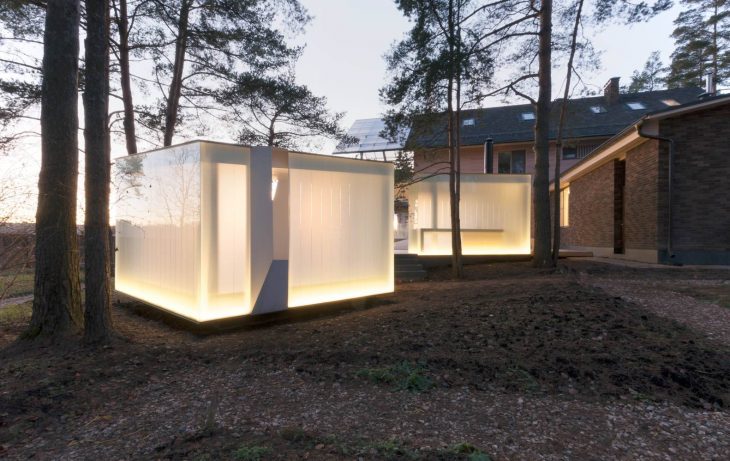 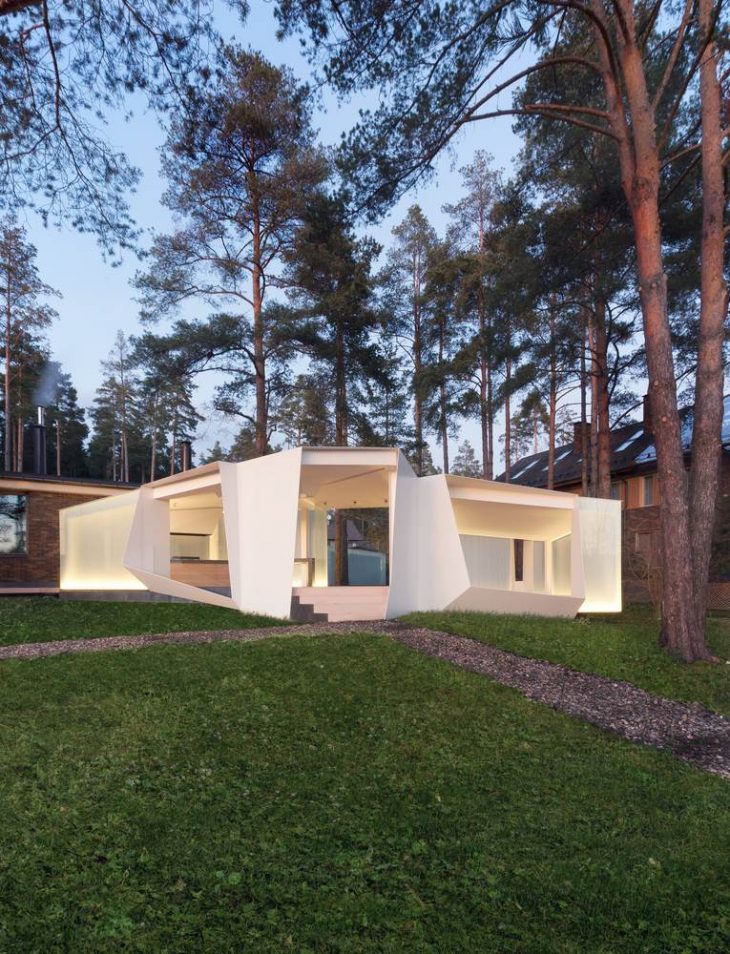 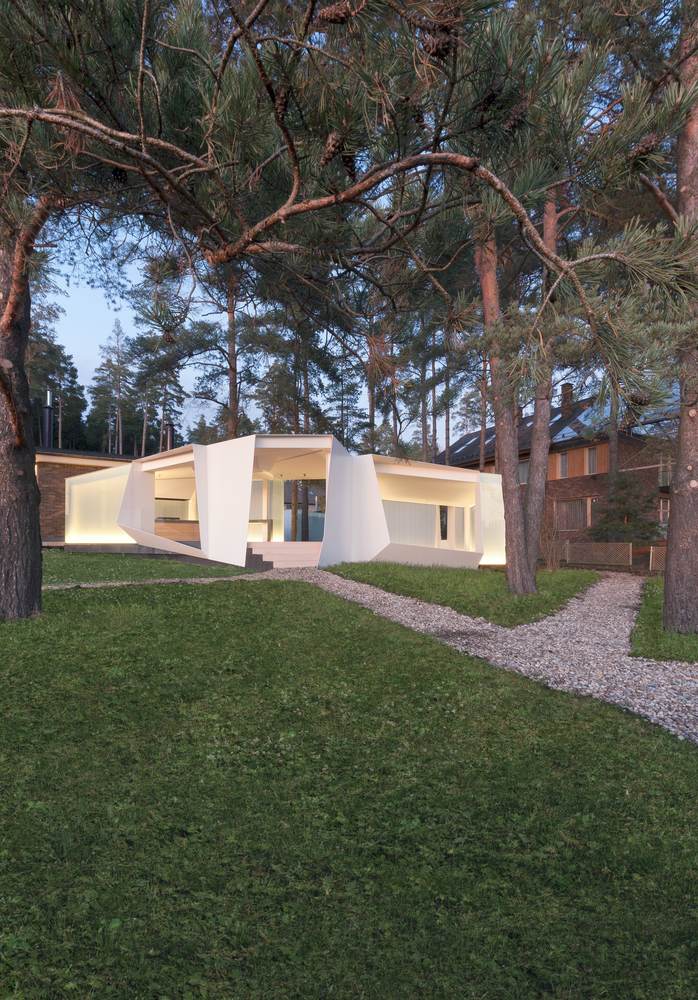 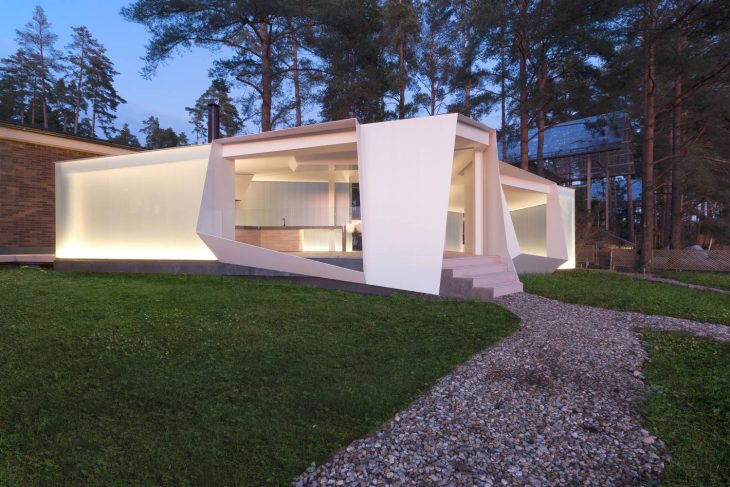 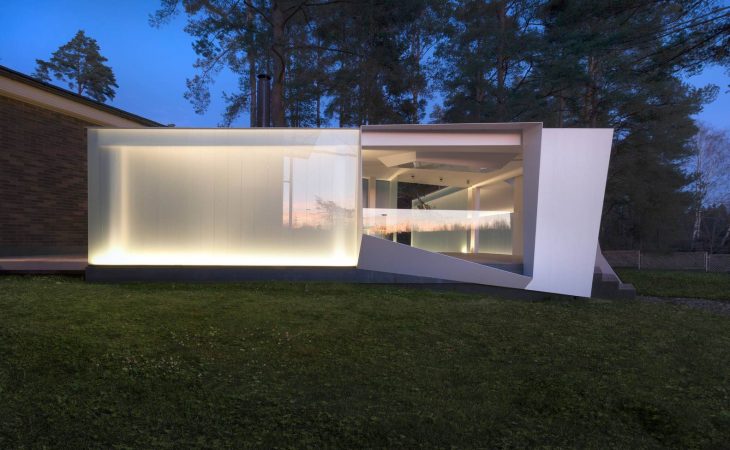 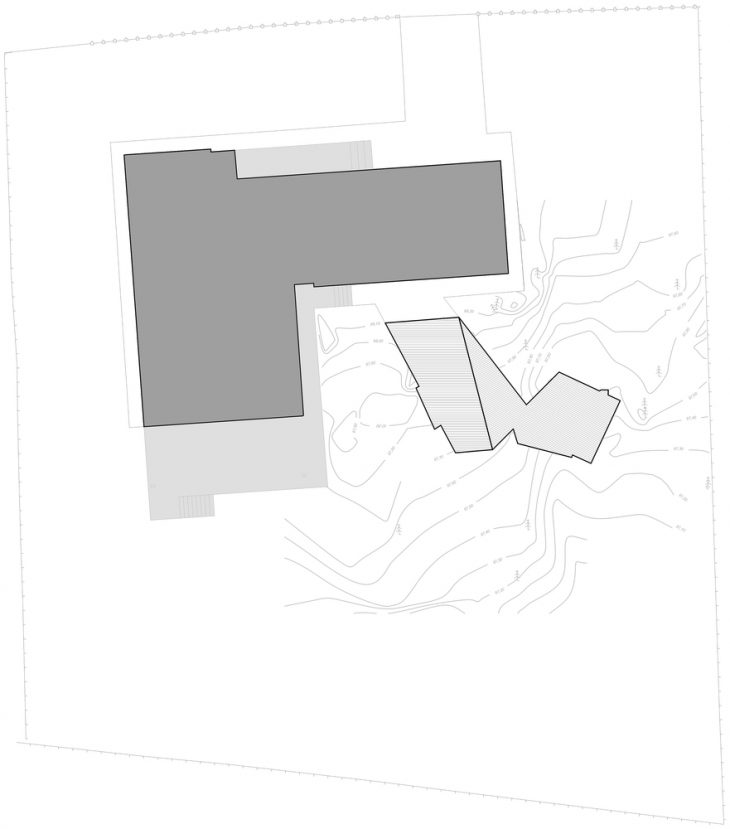 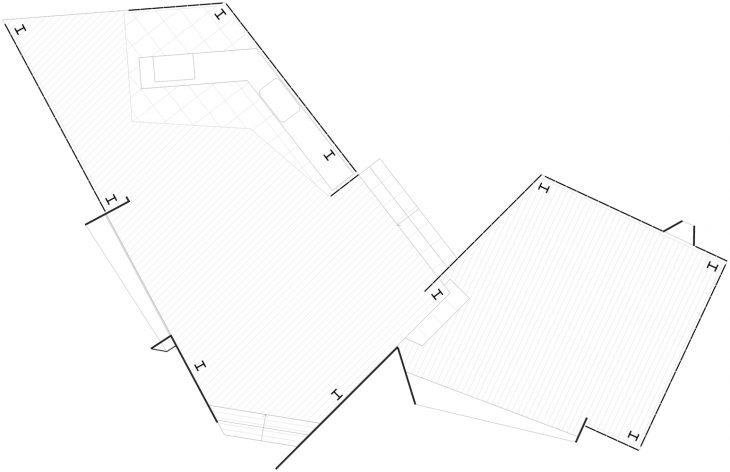 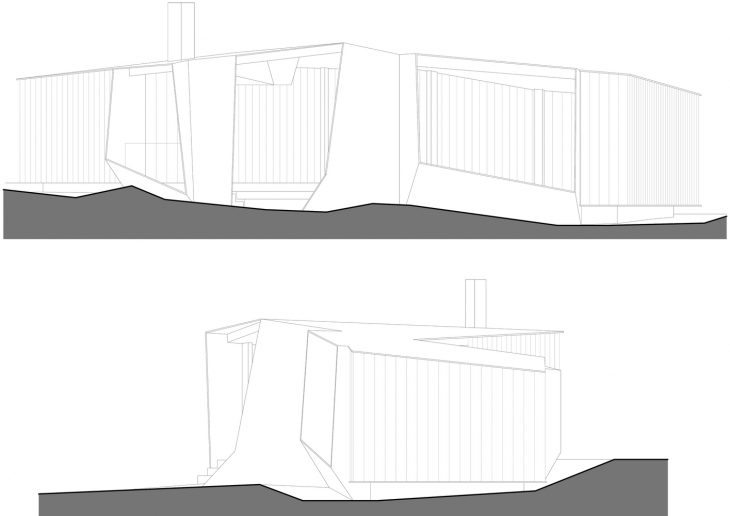 A beautiful garden with old pine trees was quite nice, but in Moscow’s freaky summer you cannot often have open air picnics, since there is no veranda in the house. The studio suggested a spacious gazebo with a summer kitchen that allows to have a rest comfortably with the whole family and friends not depending on the weather.

The gazebo form is caused on one hand, by the desire of architects to create the most airy, subtle forms, so that the sizeable structure do not look heavy. On the other hand – to hide the space from the neighboring area – so there are large volumes of satinated glass. In the direction to the garden and the forest, volumes, on the contrary, are as open as possible.

Ancient pine trees influenced the whole design as they had to be preserved. And as a result, the location of trees has caused complex outlines of the plan.

The gazebo is divided in two parts, located in different levels, emphasizing the change of relief on the site. In the upper part, located closer to the house, there is a “food zone”: a large kitchen with a spacious counter equipped with a sink and a barbecue, and a dining area with a light table for 12 persons. In the lower part there is a sitting area with mobile upholstered furniture (armchairs-bags and puffs).

Despite the apparent ease, the design is capital, designed for long-term usage. The foundation is pile, with a cast iron-concrete slab, and a metal frame with a precast roof. The most difficult part of the project was decorative metal – all complex junctions with glass and additional illumination along the perimeter were developed together with construction workers on-site. The walls of the gazebo are made of glass, and covered with matting film. Complex geometric elements are made of painted metal sheet. All za bor studio projects usually have broken complex shape, but this one is particularly significant, since, unlike large-scale buildings, it can be seen entirely. In the dark the object creates a special impression due to LED lighting around the perimeter. Mysteriously shining among the ancient trees, the gazebo looks intriguing, resembling either a flying saucer, or a giant Chinese lantern. 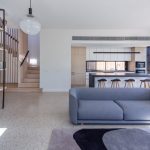 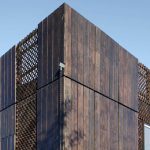