Fanesi & Navarro Arquitectas designed this stunning housing project in Córdoba, Argentina. The 4 seperate  housing units are grouped  grouped in pairs, generating two separate blocks with a green space inbetween. Take a look at the complete story after the jump.

From the architects: Located in Cuesta Colorada, La Calera, northwest Córdoba city, this project is one of our very first designs in this typology. The topography in this area is very irregular, so this gave us the lines for the implantation of the houses on the terrain. With an upward slope from the street, we were challenged to design a project with the possibility of having easy access to the green spaces.

According to the regulations, we were allowed to build maximum 4 housing units. We grouped them in 2, generating two separate blocks with a green space in between. To solve the difference in levels, we designed a triplex housing, or house in 3 levels. The first storey, has access only from de façade, as the back is completely buried. This one is used as a garage and barbecue gallery, while the house is developed in the two upper floors. The middle one, where the social activities of the house occur, has access to the backyard and a view to the front. And the last level incorporates the private area of the house. Each living unit is developed with the highest efficiency between making a small living unit functional and comfortable.

The morphology responds to the concept of a block. The windows are placed towards the front and the back of the houses to appreciate the views, generate privacy between neighbors, and seize a better air flow. We worked with brick in the blind façade, and with black iron sheet in the front and the back. 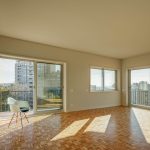 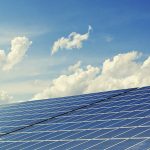