Restroom in the Mountains by Lab D+H 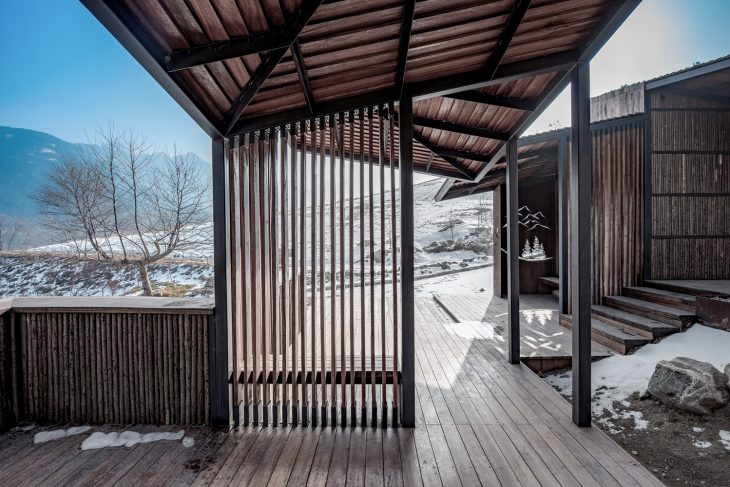 Lab D+H designed this innovative 250.0 m2 public restroom located in Yantai, Shandong, China, in 2017. Take a look at the complete story after the jump. 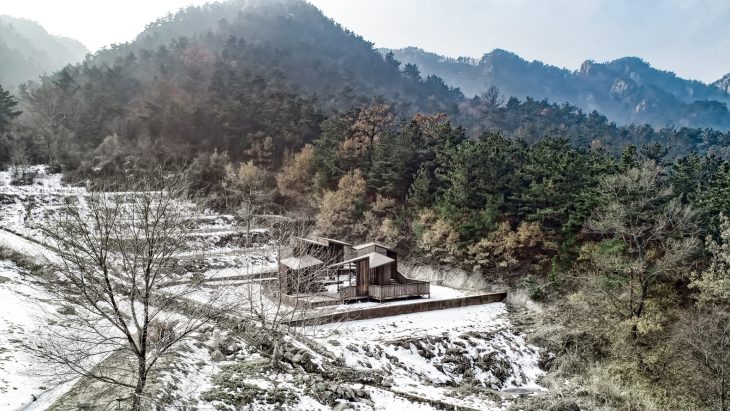 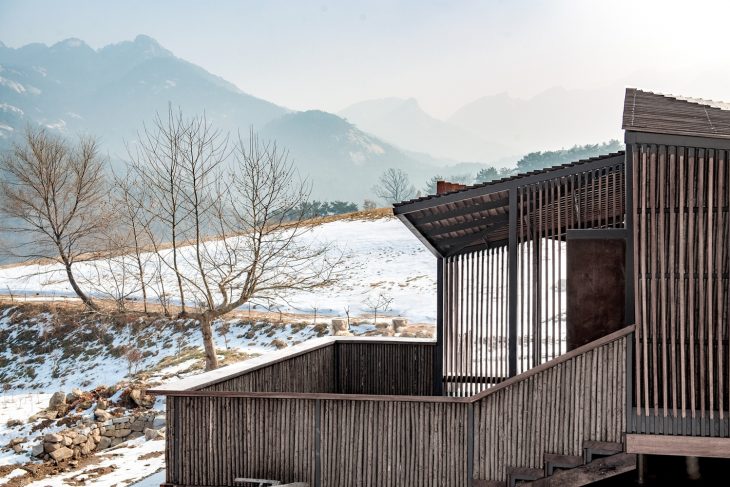 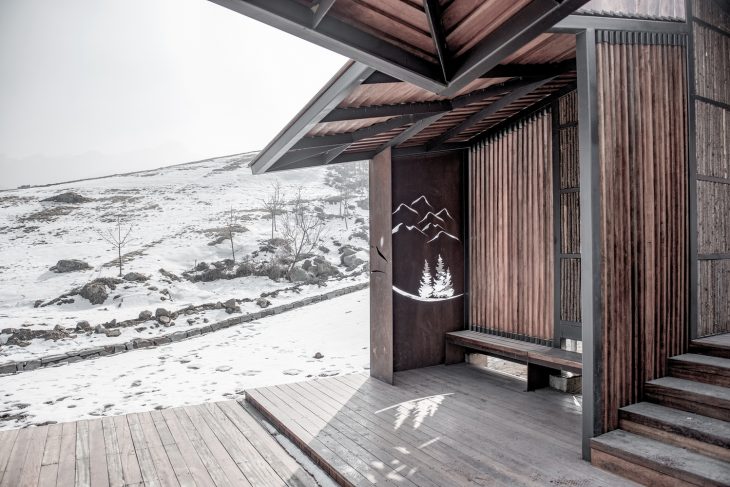 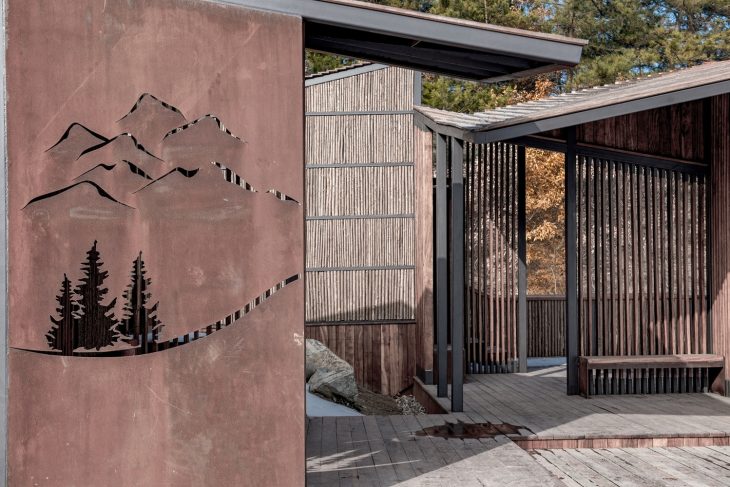 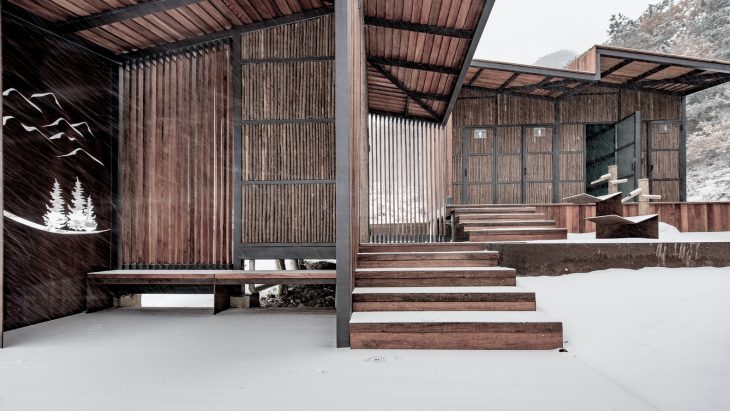 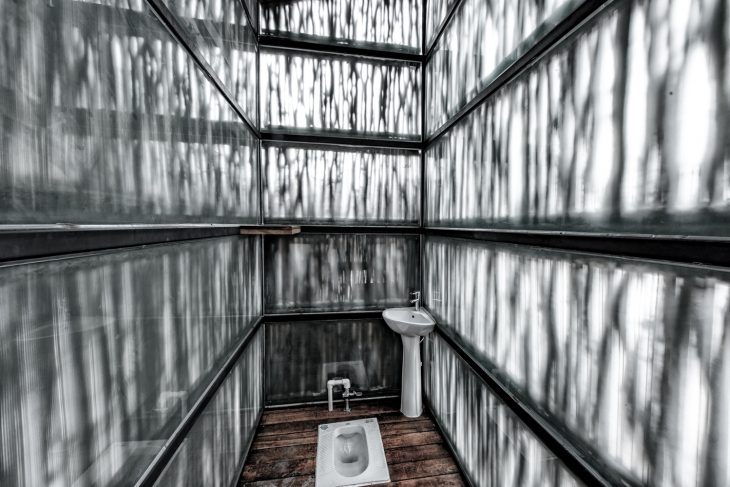 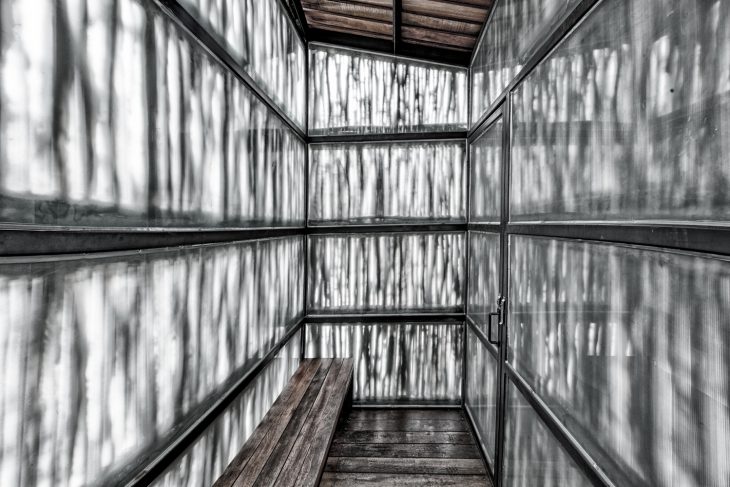 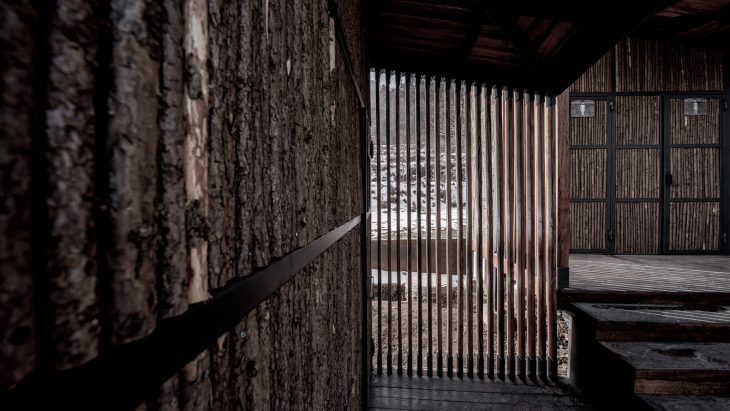 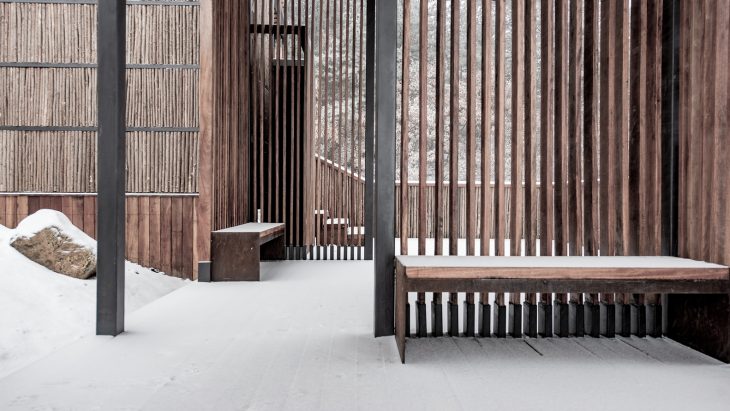 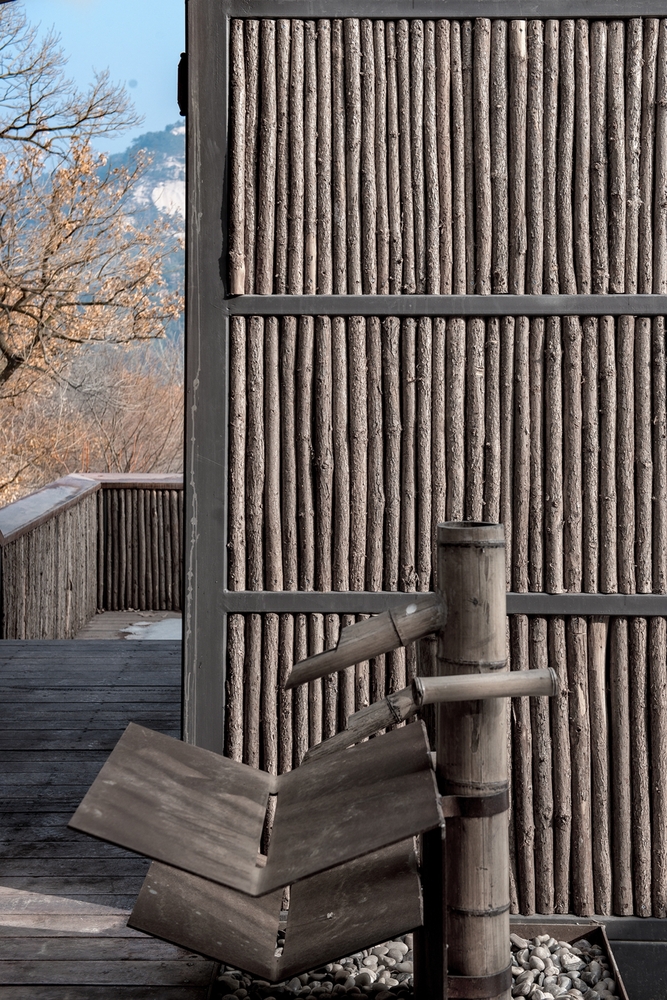 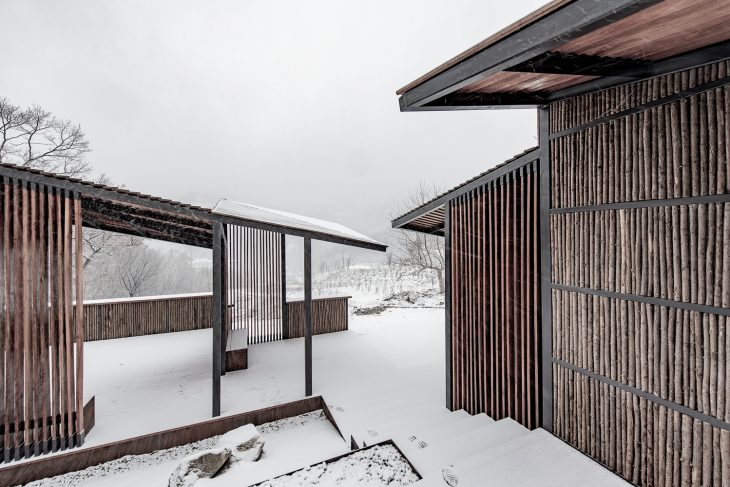 From the architects: China’s Kunyu Mountain National Park is promoting a series of facility upgrades within its 50 km2 national natural preserve, and the management committee invited Lab D+H to design a pilot public toilet which would serve as the new model of public facility in the KM National Park. At the very beginning, client had not decided where the toilet would be located. Therefore, instead of proposing a restroom design, we put forward a modular system which can be adapted based on different topographic conditions. This site-specific strategy was greatly appreciated by the client and together, we chose a site: a terrace within the current alpine botanical garden at the edge of the forest.

In English-speaking society, a toilet is often referred to as a “restroom”, insinuating that it is a place for rest. Therefore, instead of designing the toilet building, we decided to create a graceful and restful place in dialogue with nature, specifically within this environmental sensitive place.

Through adaptation and organization of the modules, a courtyard was created based on existing terrace contour. The courtyard garden was wrapped by a canopied corridor running both up and down. The setting of the viewing deck provided a waiting place and the best viewing spot towards the mountain.

The canopied corridor threaded the courtyard’s two parts: the rest area and restroom area. The rest area was formed by continuous transition of modular pavilions, for waiting and view-seeing. The restroom area was divided into men’s room, lady’s room and family’s room. There were two hand-washing points at the edge of courtyard where water was charged directly to the ground after being filtered from the gravel basin.

After assembling the module, the diagonally pitched roof units formed a geometric silhouette, generating a dialogue with the rolling mountain ridge. The restroom skin was juxtaposed with twig and sanded glass, protecting privacy while creating interesting light & shadow effect.