Zhang Can and Li Wenting of CSD•DESIGN designed the Oxyrest Villa, a stunning new resort hotel in Xishuangbanna, China. Take a look at the complete story after the jump.

From the architects: Oxyrest Villa, an architectural nymph residing in the rainforest, designed by Zhang Can and Li Wenting,can be perceived as a breathy specimen of oxygen hedonism. Zhang Can announces his intention to dislodge a promiscuous array of urbanism from this resort hotel and allow full rein to it to converse with the nature in a poetic way.

Located in Xishuangbanna, the hotel is a nod to the warmly humid clime and the lush vegetation. The centrality of intimacy with nature is incorporated in the design of Oxyrest Villa intentionally. Its ascent up to a 40-meter-high cliff is susceptible of a verdant vista and an emerald expanse of forests.

The totality of exteriors and interiors is conceived by Zhang Can, who does not, nor will, cease to reflect upon investing profundity and experientiality with the particular space to have people luxuriate in.

From its inception to substantial completion, Oxyrest Villa has undergone a rejuvenating metamorphosis of a trio of glamourless old buildings into a real feast for visitors. With regard to the vulnerability of the ecosystem, the designer determines to extend its extremities into the woody ambience with a minimal amount of disruption to the integrity of the system. The leitmotif of designs is geared towards establishing an agreeable rapport between the architecture of the hotel and the ambient conditions.

This resort hotel, identical to a glass block hanging in the sky, opposite to a dense forest and equipped with an aerial view of huge rubber trees, is designed to be Instagrammable.

In terms of the materiality, the design team unveils its propensity for primeval forests by means of wood-frame constructions. Oxyrest Villa is derived from local materials ‘from head to toe’, principally because it is defined to be an entity for mimicry of local stuffs thus to exhibit its interaction with Xishuangbanna.

Above all, in this project, a massive challenge to defy is how to seek entry for Oxyrest Villa into a harmonious conversation with the greens and it is a make-or-break situation for Zhang Can to set the seal on the everlasting sustainability of them.

Zhang Can believes, ‘Essentially, the hospitality design is Experiential. In concrete terms, every single hotel is supposed to be well endowed for a manifestation of the peculiarities of the locality where it is rooted in. My ultimate goal is to generate the gravitation through designs whereby customers would gravitate towards the hotels wherein they could enjoy themselves.’

Design-wise, wood-frame corridors serve as transitional conduits for customers to move freely from one segment to another. Or rather, to use the proper noun coined by Kisho Kurokawa (黒川紀章), these well-ventilated conduits are called ‘Haīro Koukan Space’ (a possible English rendering, a.k.a.Transitional Space). People will be basking in the warm sunshine, inhaling fresh oxygen, and falling love with this spiritual uplifting home.

The Emblem of Ethnic Cultures

Oxyrest Villa, as distinct from a plethora of urban projects, can boast its double attachment to the localism and modernism. Ethnic cultures are an unrivalled attraction. ‘Xishuangbanna is so special because it is geographically located in the vicinity of the border and culturally characterised by the multiplicity of ethnic groups. ’ Zhang Can remarks.

As it is obvious to see in the foyer, intricate bamboo-woven stuffs, burma-teak -and-elm structures, and bricks ect., build up a strong sense of localisation into the interiors.

Zhang Can is a committed advocate for utilising light, shadow and scenes to exert subtle influence on people’s perception of the space. Upon closer observation, you would be likely to find that numerous seams are one of the most important attributes of the bamboo-workings. The seams allow sunbeams through leaving shaky split-apart scintillating patterns on the floor. In addition, the broadness of the seams is a metaphorical allusion to a quality of being free of limits and trammels.

The project fancies 270-degree spaciousness and airiness so that the fenestration of a deluxe suite could invite the daylight though the whole space as if a close contact to be forged with nature.

Clean, pared-down, light-diffusive, as you can see from pictures, the deluxe suite is an embodiment of simplicity. The design team is propelled by compassion to create a pleasurable suite.

The conglomerate of a multitude of details smooths the path for a tantalising room.

This massive guestroom and the deluxe suite are quite different. Even though there is a wide discrepancy between their shades and brightness, materials and the personality coexist in a bid to add more dynamics to the space, and it can not be denied that they share the same beauty. 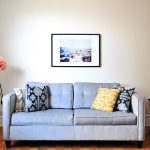 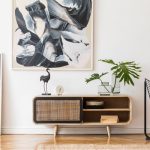