LAVA’s Zhejiang Gate Towers are an iconic entrance to the city of Hangzhou. The design of the two towers is based on the Chinese characters for ‘gate’, and they feature a shimmering façade of fins. LAVA was commissioned by Shimao (Hangzhou) in 2014 to masterplan the mixed-use development, which consists of five buildings housing offices, residential, and retail. LAVA’s masterplan features fluid building masses, improved positioning of the towers from different viewing directions, logical pedestrian movement and the removal of cars from the complex. Tobias Wallisser, director of LAVA said: “The high-rise towers are an interpretation of the Chinese characters meaning ‘gate’ or entrance to a city.

The development is located at a major interchange into the city so we wanted to create an iconic gateway to Hangzhou. Utilising our extensive view studies we positioned the tower ensemble so it is recognisable as a twin structure, a gate, from both near and far.” LAVA articulated the façade as two groups of long vertical fins wrapped around the buildings. Fluid lines create zones within the tower elevations, whilst different colours of glass and varying depths of vertical fin elements generate refracted light effects animating the façade.

Key design elements include:
1. Towers designed as an entity with special emphasis on facing sides
2. Façade materialisation uses varying transparency, reflectiveness and
colour
3. Special articulation at the top of the towers – copper colour elements
with a gradient towards the top.

Added Wallisser: “The towers combine fluid, curvaceous shapes with hard edges. The simple outer shape and the special articulation across both towers, the fluid lines, create different appearances from alternative perspectives”. Designed to fulfill LEED Gold certification standard, the self-shading aluminum fins and high-performance glass reduce both glare and solar heat gain. Together with the structural engineers, the towers were designed using eight super-columns, which reduced the structural system by about 30% in comparison to a traditional scheme. “This is the first high rise built using LAVA’s extensive research into parametric facades over many years. LAVA has previously advised on geometric systems to clients such as Schüco (for their “parametric freedom concept”). We proposed long vertical fins, also featured in our 2008 Schumacher Tower concept, as an alternative to a modular system. The towers are a further development of this geometric approach and we are excited to see the fruit of this research.”

A third 90m tall building and two pavilions are placed around the central public space. The volume of the third tower structure was designed for flexible use for offices or housing, and optimises the ration of facade surface and volume contained. A large roof garden is oriented in the direction of a future development to the south of the towers. A canopy connects the two towers at the base, and a fluid landscape connects all five buildings, creating seamless pedestrian movement. The carfree centre can be experienced as a green park sheltered from the surrounding ring roads. At ground level all structures provide retail space. The roofs of the pavilions are articulated as a continuation of the landscape areas.

The towers demonstrate LAVA’s approach to sustainable design: ‘More with Less’: a more beautiful design based on a more efficient structure. Construction of the pavilions started last year, and the twin towers, the tallest structures in Hangzhou, will commence in 2017. 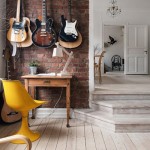 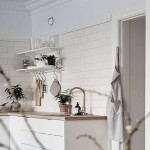