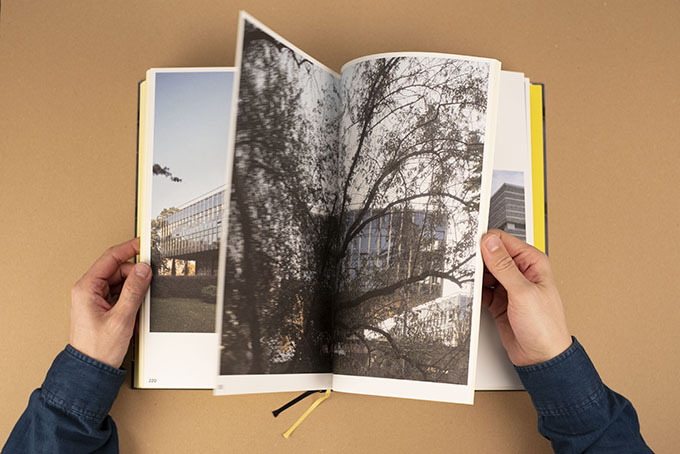 With brutalist architecture irreversibly disappearing from Prague’s landscape a debate was sparked amongst the industry professionals as well as the general public on the necessary protection of these structures and their architectural, artistic and sociohistorical value. After organising series of guided tours and lectures by renowned theoreticians, artist and architects, Scholastika published a book Prague Brutally Beautiful featuring exceptional buildings built in Prague between 1969 and 1989. Discover more after the jump.

In January 2014, hotel with the symbolic title Praha starts to irrecoverably disappear from the city landscape. For a long time, industry professionals as well as the general public, gradually realized the extraordinary situation that transcends the topic of architecture. The demolition of the hotel originally built for Communist bigwigs and international government delegations sparked a debate on the necessary protection of these types of buildings.

Perhaps for the first time, inhabitants of more than just the capital have come to appreciate the architectural, artistic and socio-historic value of such objects. What irritated the public in the first place was the way the hotel was demolished, because it was almost identical to the one represented by the almighty Communist government.

Evaluating architecture is not easy. The tragic story of Hotel Praha is by far not only the question of beauty and ugliness, function and uselessness, not even the size. Maybe it was not much about the hotel as such. Critics of the demolition were outraged by the fact that out of sheer caprice, any owner could make a building disappear forever. It is enough to label it “not functional” and/or “ugly” and there is no existing way to avoid its demolition. Above all – if such intention affects the history of any one building there exists no guarantee that it will not happen again.

Hotel Praha symbolizes another significant question our society has been dealing with since the beginning of the Nineties: Is it at all possible to remove the label “Communist barrack” from buildings that were initially created with the purpose of representing the “one-party government” of the socialist Czechoslovakia?

One can understand the older generation quite well that the house of socialist Federal Assembly will be forever linked to the unanimously voting Communist Party MPs. Appreciation for the architectural solution of Žižkov TV Tower will be equally difficult for the locals, who observed the vans carrying Jewish tombstones, multiple hundreds of years old, away from the original graveyard and to a dumping ground. Nevertheless, today it is clear that a certain amount of time is necessary to clear off the ideological layer. And then only pure architecture and its function remains.

Provocative dimensions – not typical in Prague – and dominant size go beyond the regular and respected criteria. These indeed present other significant reasons for contempt of such architecture. Bold but also forced in a silly way, elegant but also hulky, monumental but also heavy. But especially big. Communist power is definitely not discreet and its ideology often interferes in ordinary people’s lives and crushes them. This is why these “brutal” buildings provoke so much. Such architecture is necessarily perceived with a certain dose of skepticism. It is part of the architecture as much as an interest rate that needs to be paid.

Since the fall of Communism in Czechoslovakia, people have been trying to find a way to deal with this kind of architecture. The first reaction is to try to get rid of the remains, demolish them, repaint or at least rename them. A lack of any protection for these objects and installations made them a simple target. Architecturally valuable constructions are being removed from the urban space without a proper replacement.

Sculptures, objects, and architectural installations disappear from city parks and housing estates. Exquisite interiors and elements of design and applied art inside many buildings are irretrievably destroyed. A number of objects are reconstructed beyond recognition. It will take some more time until the loathing projected into the walls will transform into respect and understanding.

Buildings from the 70s and 80s, from the “tough,” then “creeping,” and eventually maybe even “consoling” normalisation became the centre of attention for the public that long regarded them as ugly. Society starts to realize their original beauty and courage, with which they were designed. Maybe another reason is that the contemporary architecture does not offer any other interesting alternatives in Prague. In any case, the time passed since their creation can suddenly give us more.

In fact, the buildings are not only the bearers of interesting and bold architecture by distinguished personalities. We tend to forget a lot from our past. These objects, however, do not allow this, they are part of our collective memory. Our past. Moreover, they are beautiful. Brutally beautiful. 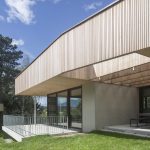 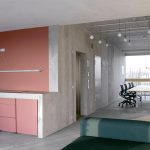