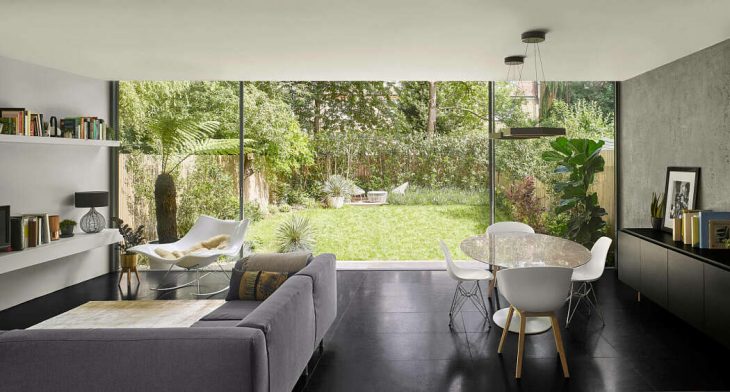 Dominic McKenzie Architects has recently redesigned this stunning brick townhouse situated in London, United Kingdom. Take a look at the complete story after the jump. 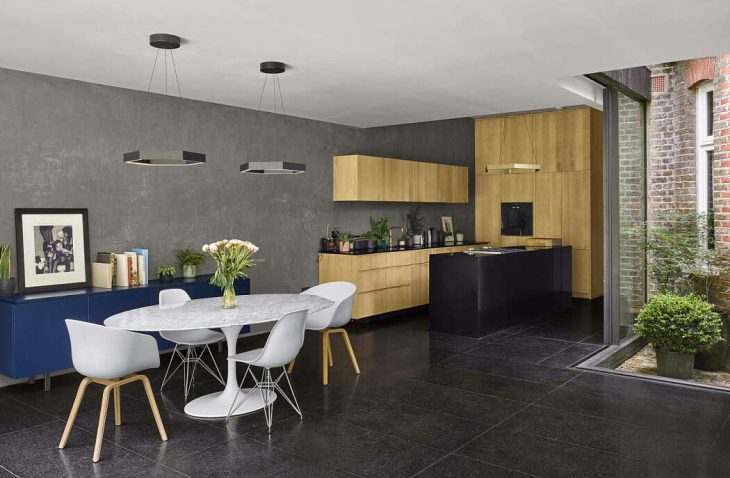 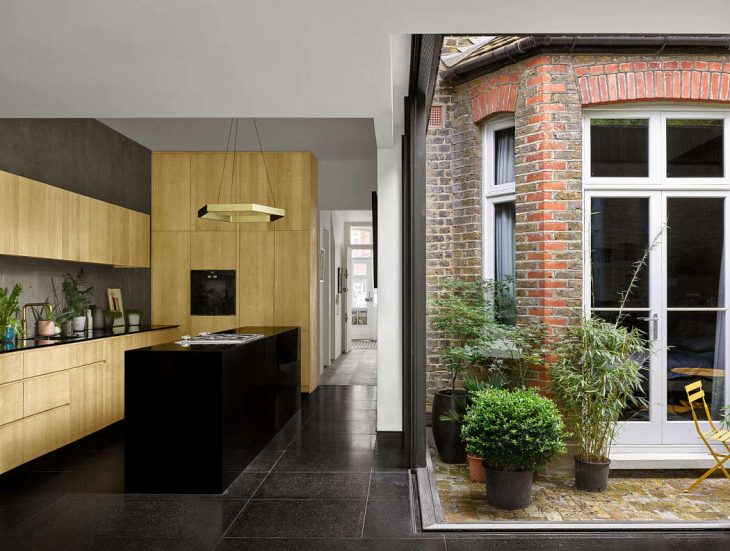 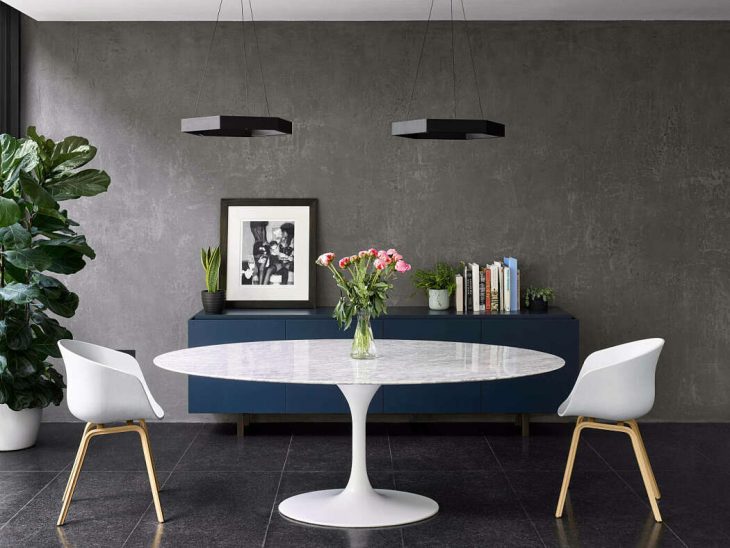 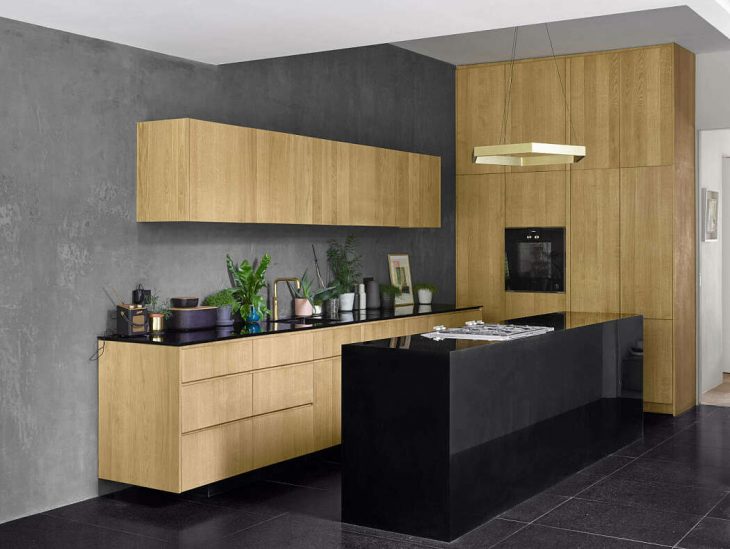 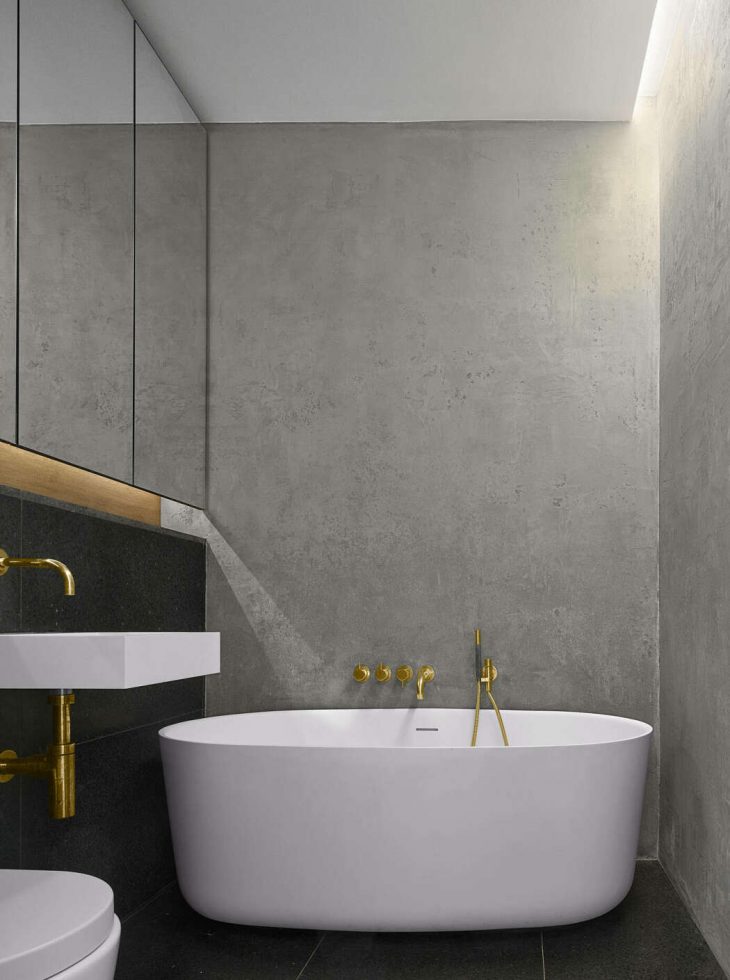 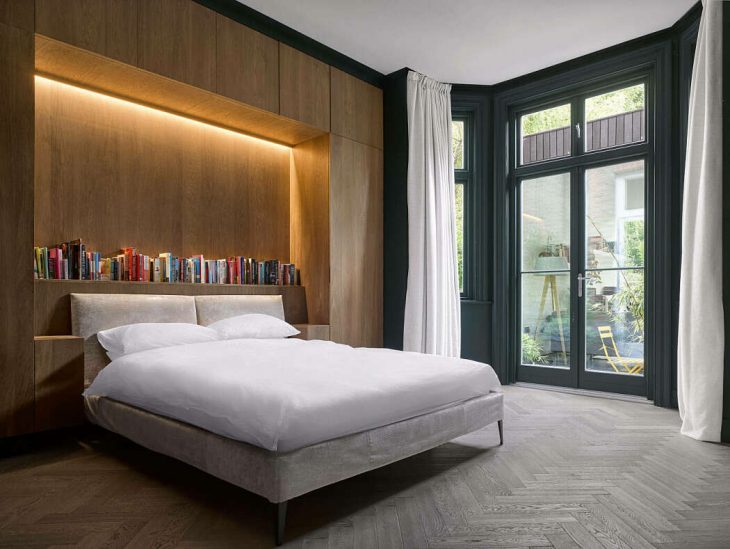 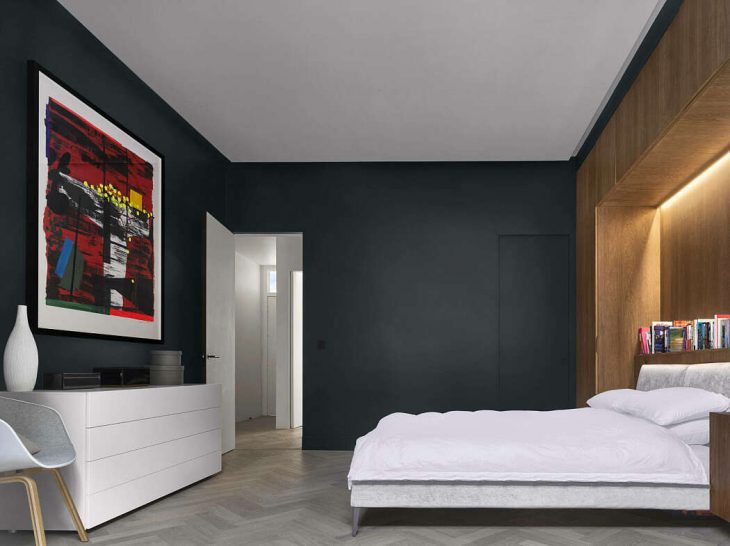 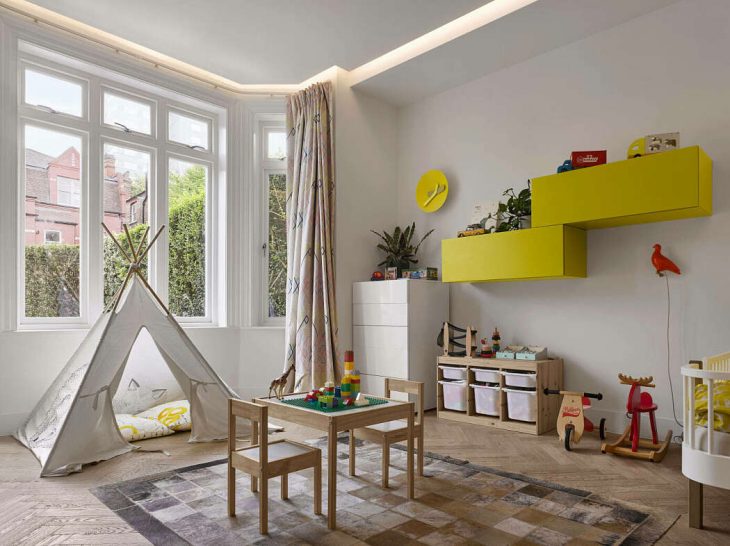 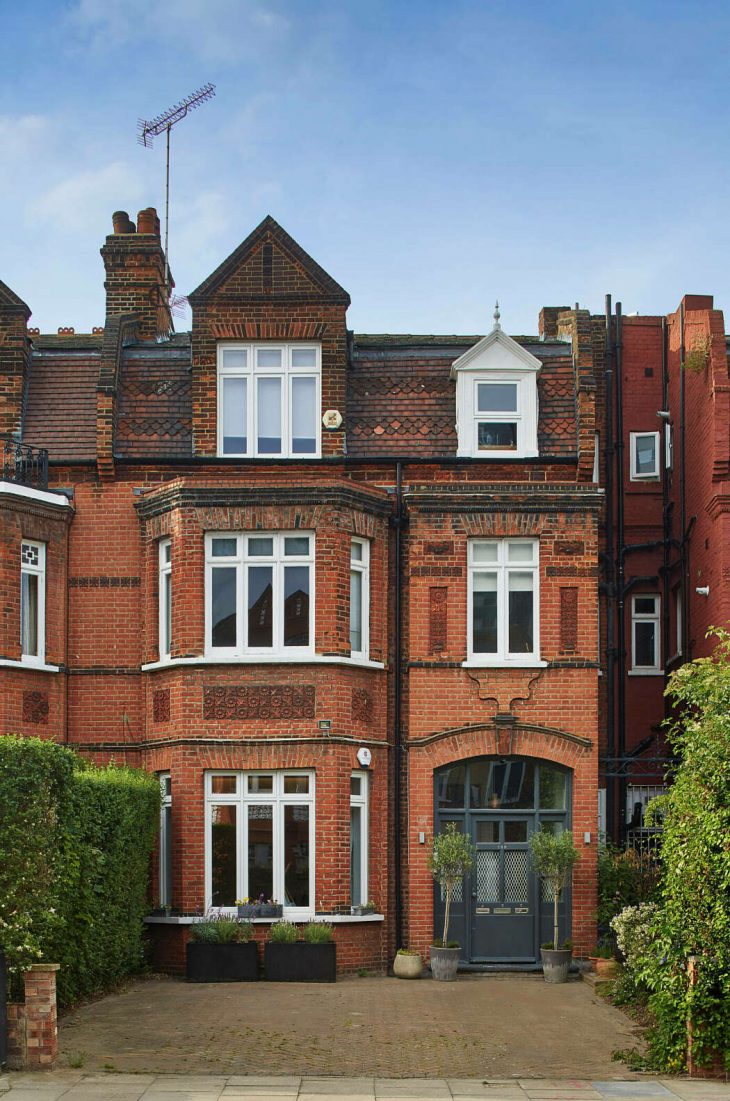 From the architects: This project in South Hampstead Conservation Area, for a film producer and advertising creative, takes as its starting point the idea of the cinematic ‘dissolve’ or ‘superimposition’ in which a scene fades from one to another (suggesting a relationship between the subjects or simply the passing of time).

The desire to expand the internal area of the ground floor apartment, whilst retaining and respecting the Victorian architecture of the original house, led to the creation of a large extension which is separated from the original house by a new courtyard.

In terms of architectural approach, the new addition is highly glazed on two sides and recalls classic Modernist projects such as Mies van de Rohe’s Farnsworth House. The transparency of this contemporary element allows the original Victorian bay window to be visible through it, super-imposing the two architectures on one another. In this way the brick wall of the original house becomes a backdrop to the new living room, creating an ambiguous layering of interior and exterior.

Within the main body of the house a previous renovation had disrespected the original architecture and created a number of badly configured bedrooms. Dominic McKenzie Architects’ proposals restore the proportions and sense of grandeur of the original property. Highly crafted finishes such as polished plaster and bespoke joinery are used to reinforce the project’s overall sense of quality.

Photography by Will Pryce