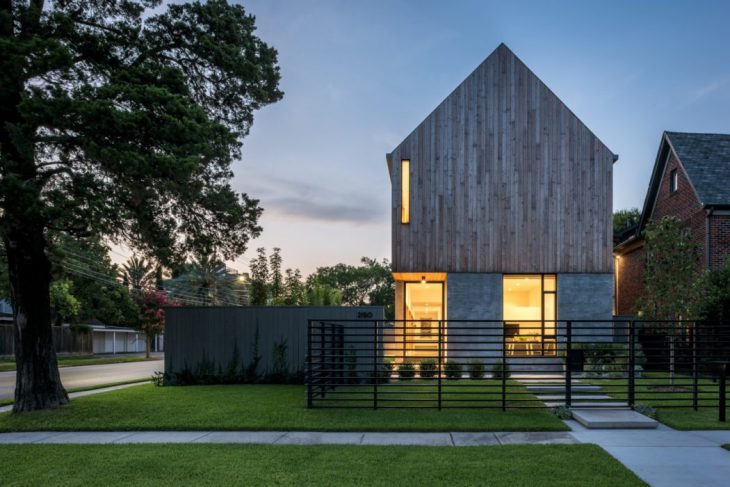 Viviano Viviano designed this inspiring modern single family residence situated in Houston, Texas, in 2016. The idea was to design a house that would accommodate the busy lifestyles of the residents and serve as the social hub for their close-knit family. Take a look at the complete story below. 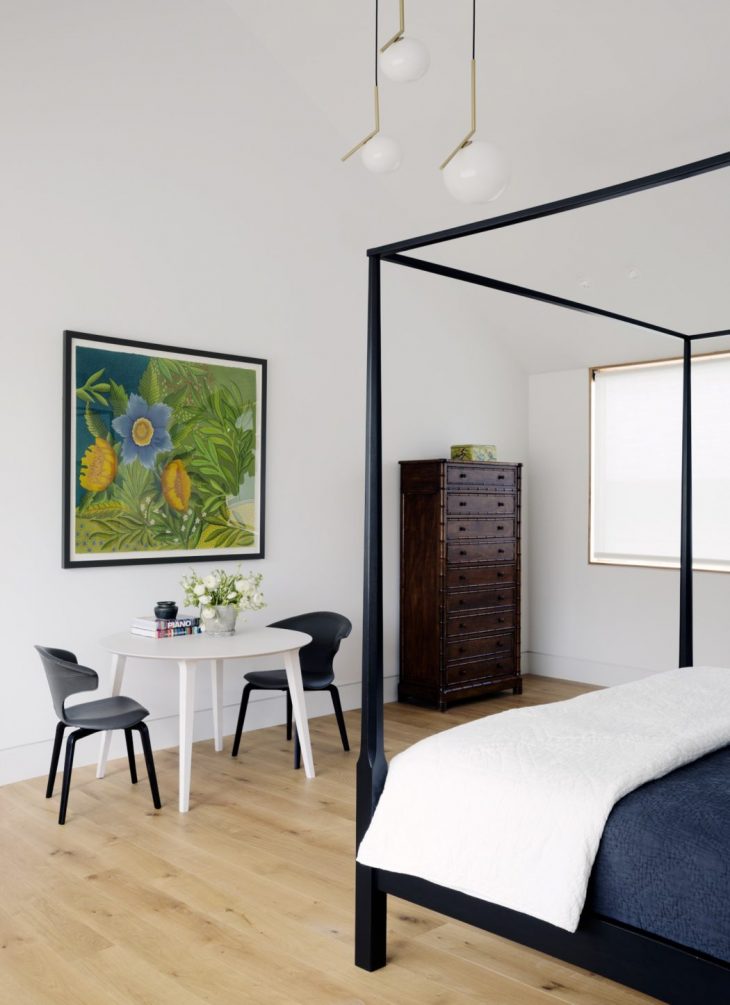 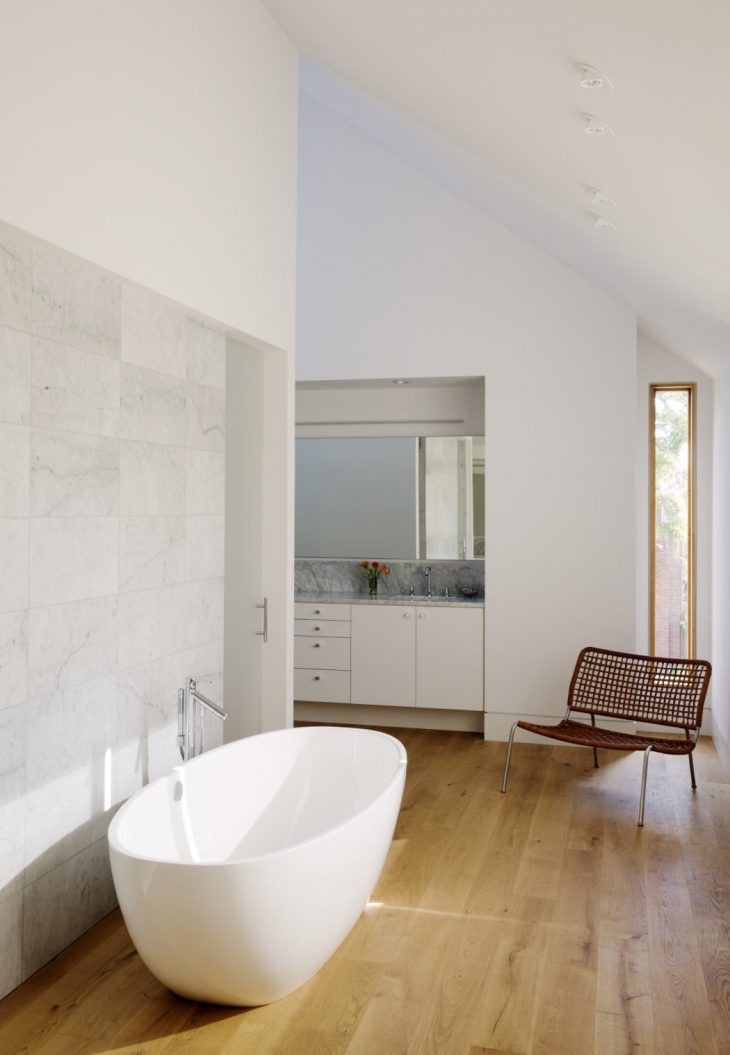 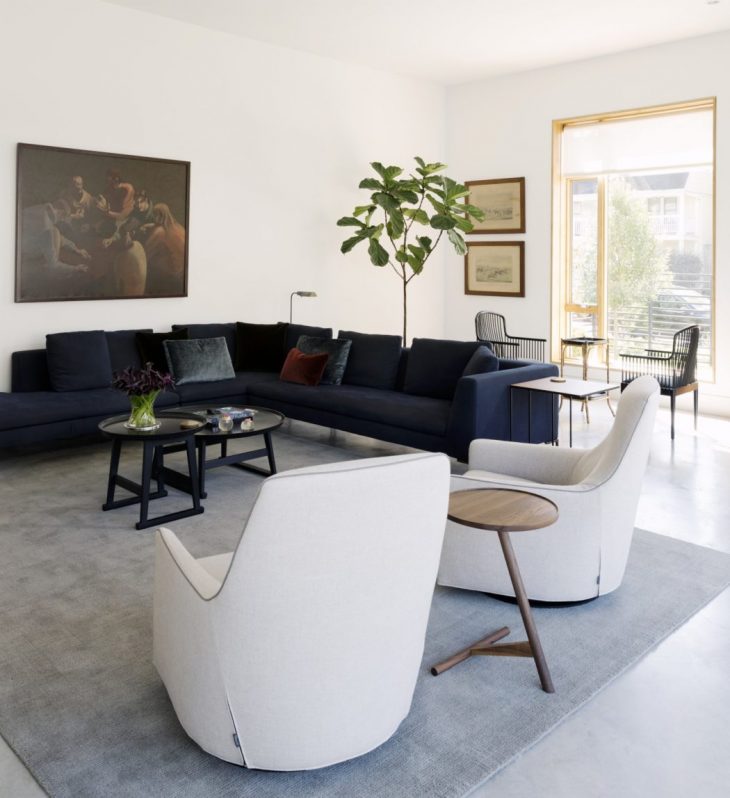 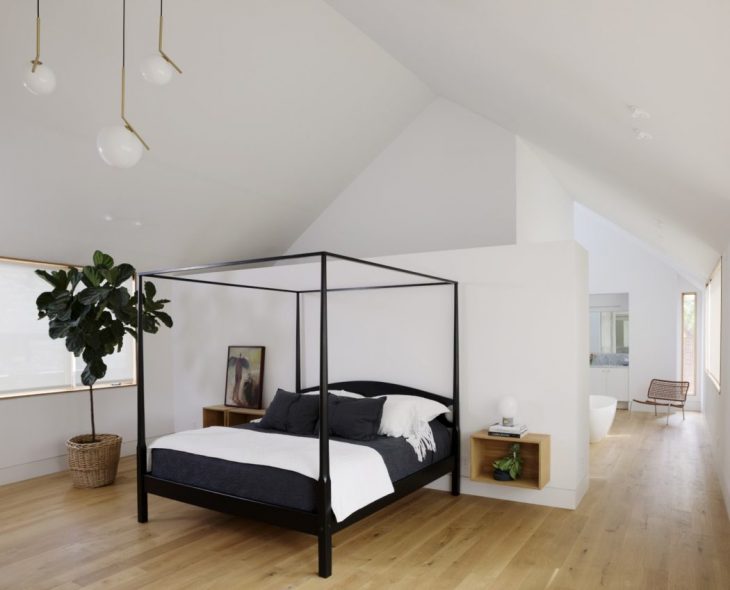 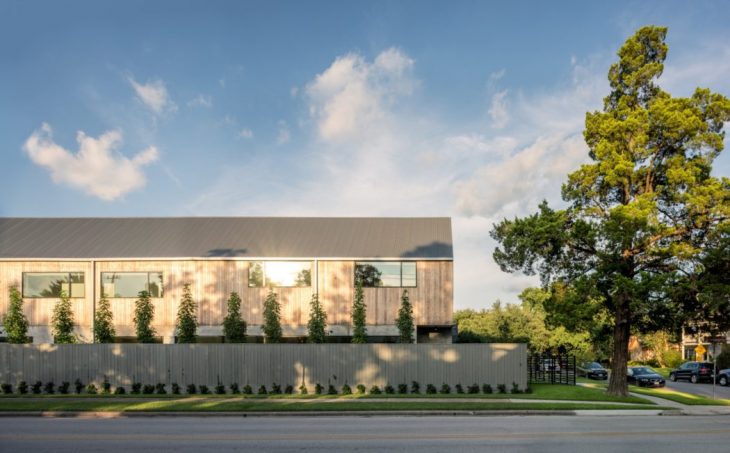 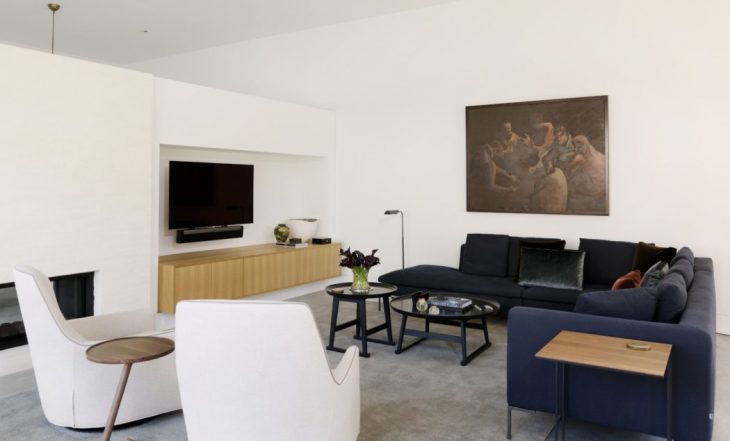 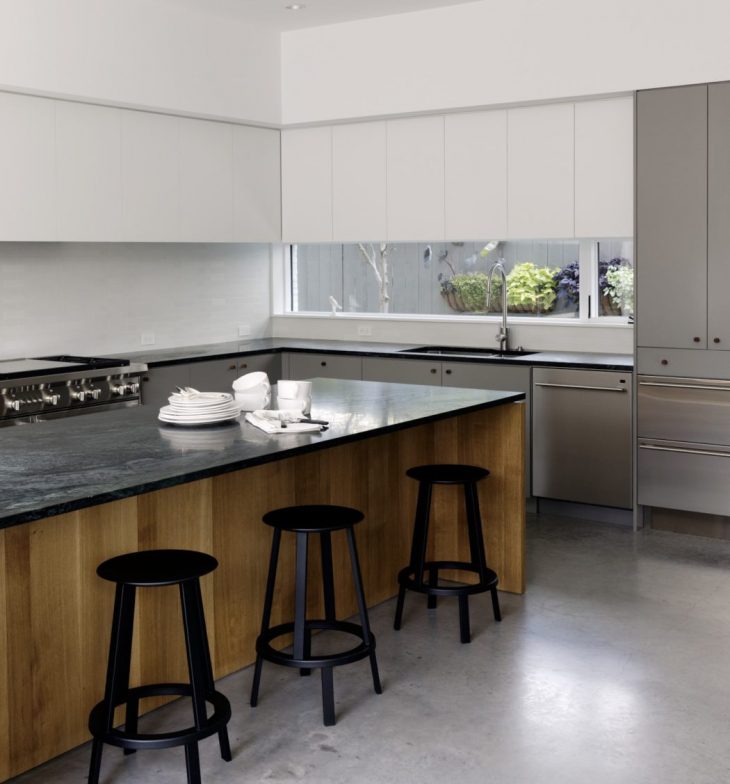 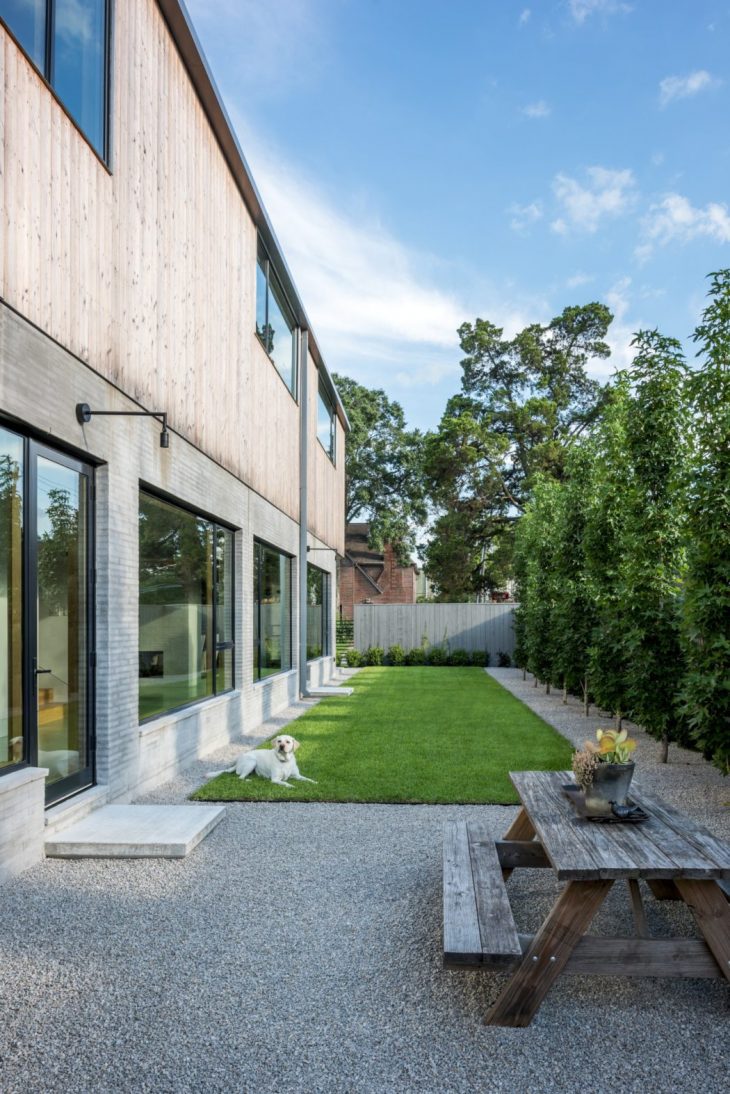 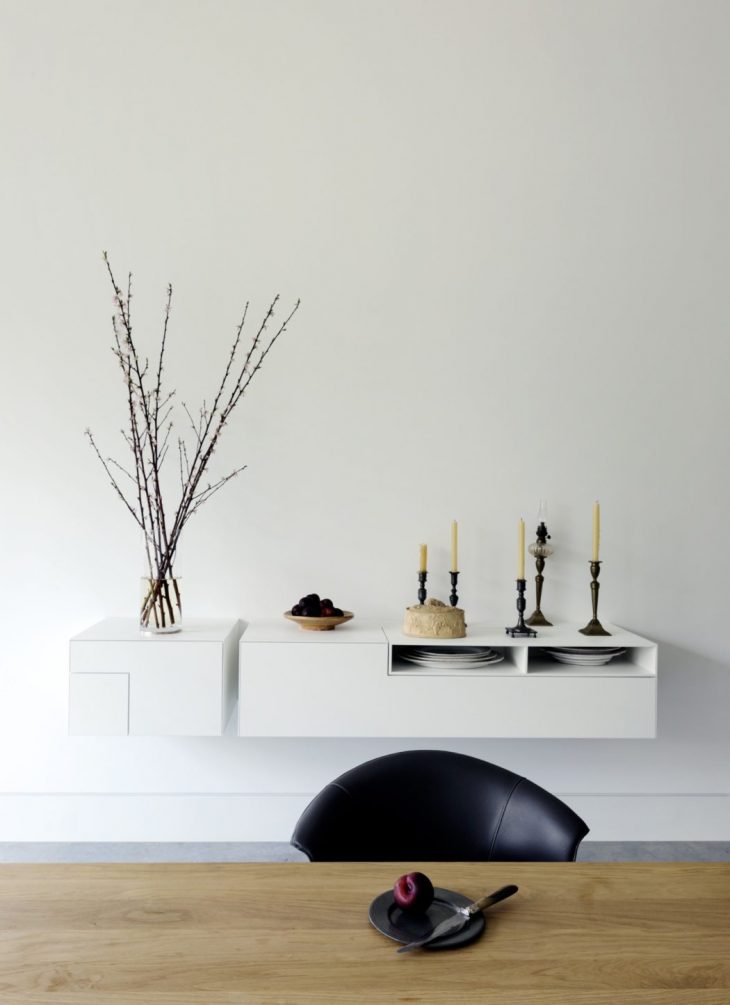 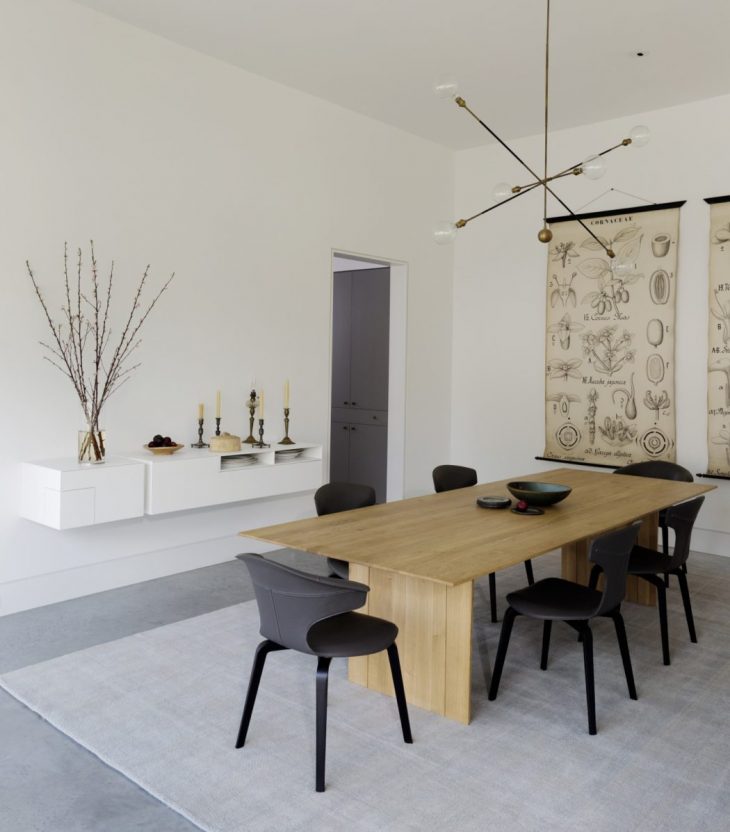 From the architects: Interior designer and contractor commissions her son – an upstart fresh out of architecture school – to design a house she will build for herself. The resulting project becomes the social hub for a close-knit family and the inaugural work of a mother-and-son firm.

Michael Viviano’s parents tapped him for the design of a new house that would accommodate their busy lifestyles and serve as the social hub for their close-knit family. Their desire was to have openness to a point, but for the entertaining spaces to have a somewhat traditional degree of separation between them.

The site is a busy corner lot in a bustling part of Houston, so the interior of the house and the exterior landscape needed to cultivate a quiet sense of calm. Stylistically, Michael had to ease his parents’ transition from a series of more traditional homes to a more modern setting. The massing of the house and choice of materials would need to maintain a dialogue with familiar house typologies and vernacular forms. The interior would be set up as a clean, streamlined backdrop for the antique and vintage furnishings the couple would bring with them, which would blend with contemporary pieces as they settled in. 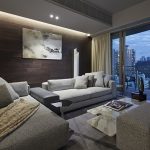 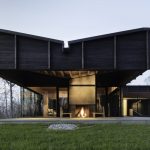