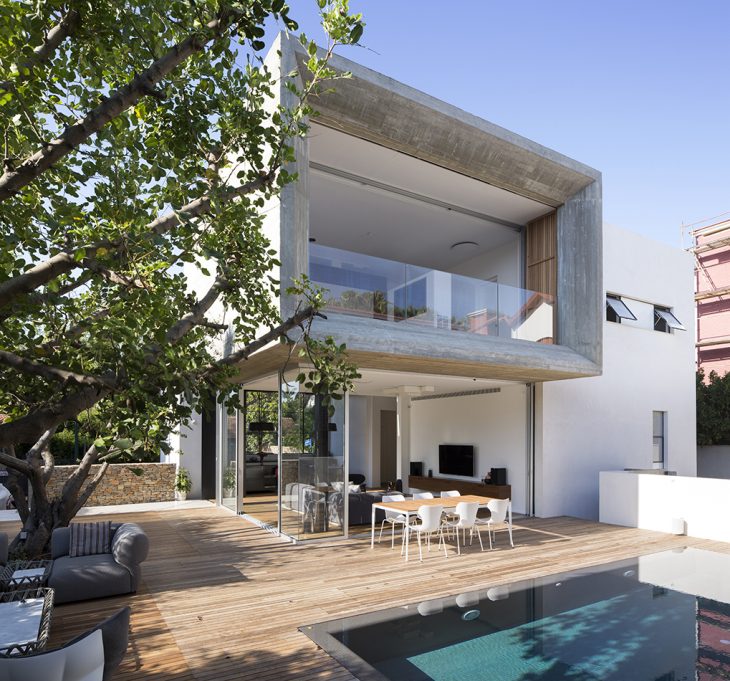 Tomer Ben Dor designed this inspiring residence located in Herzliya, Israel, in 2017. Take a look at the complete story after the jump. 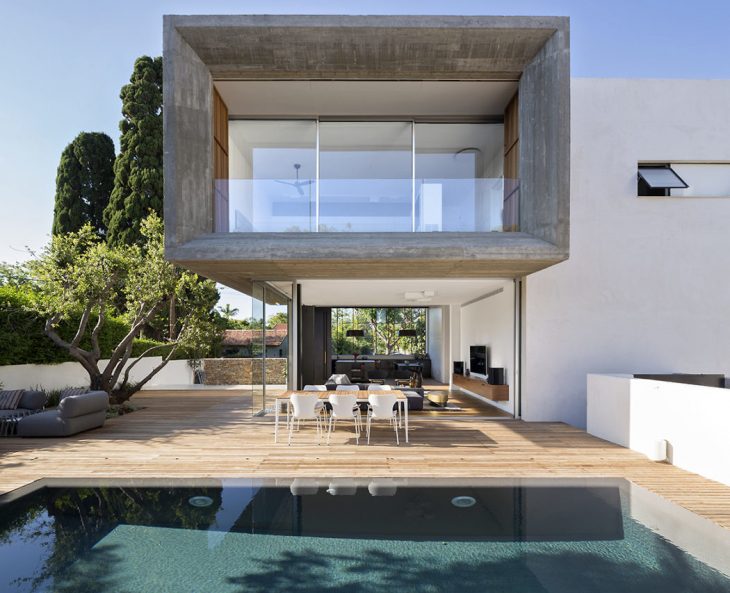 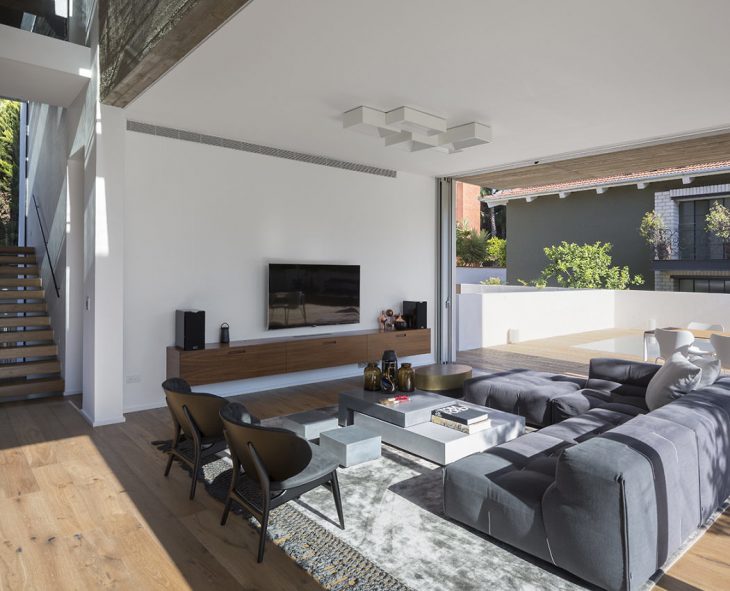 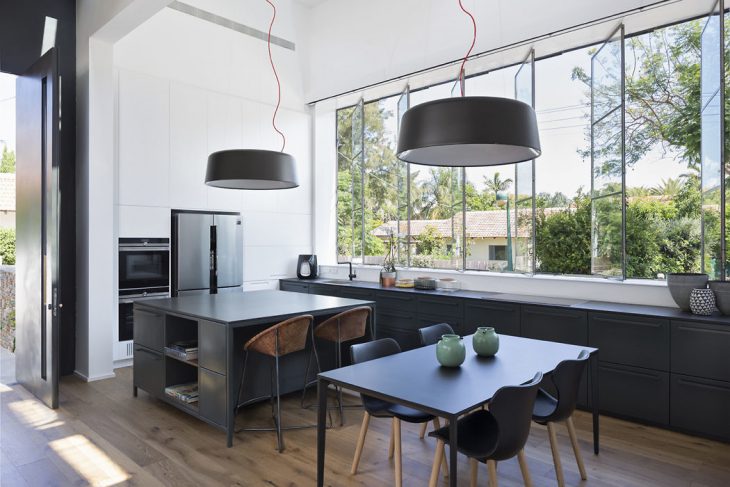 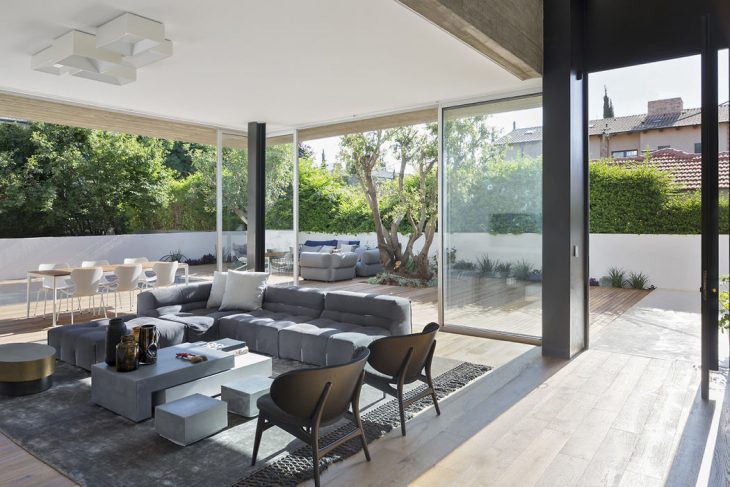 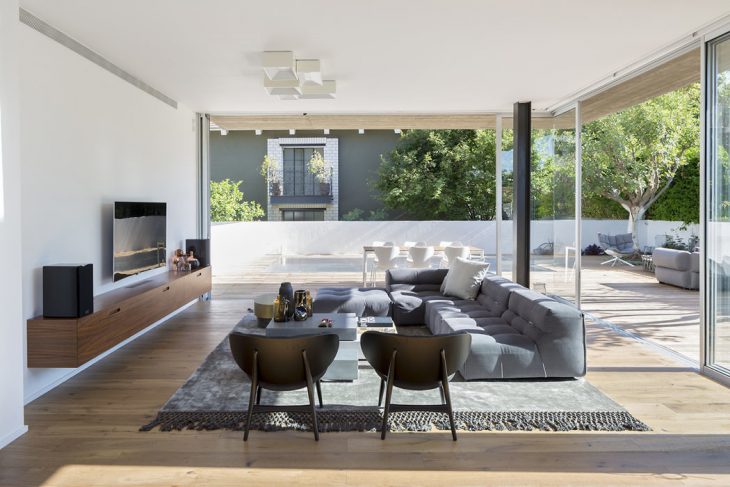 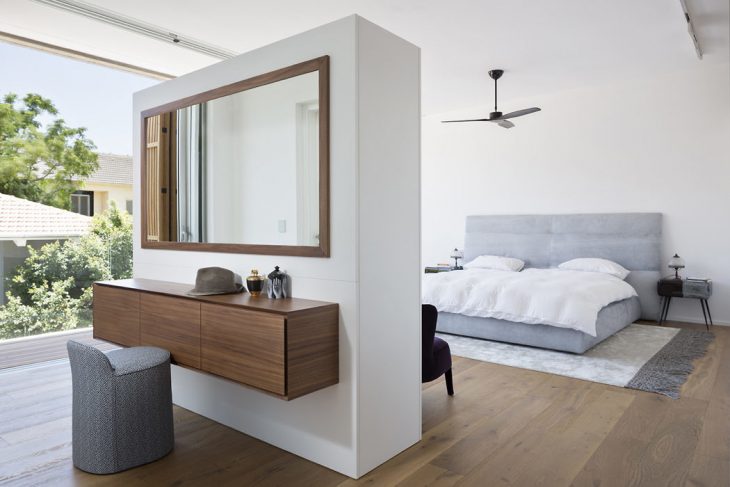 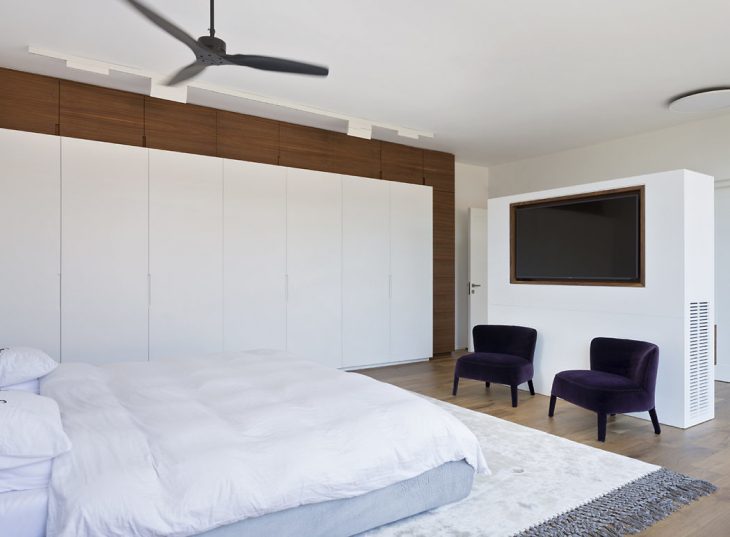 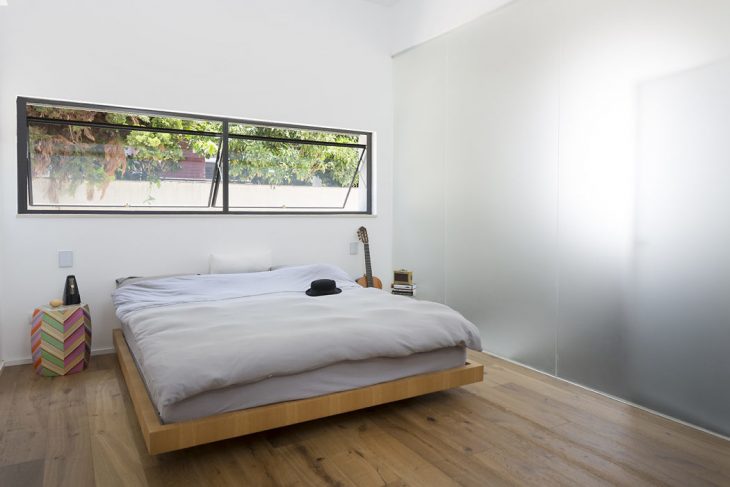 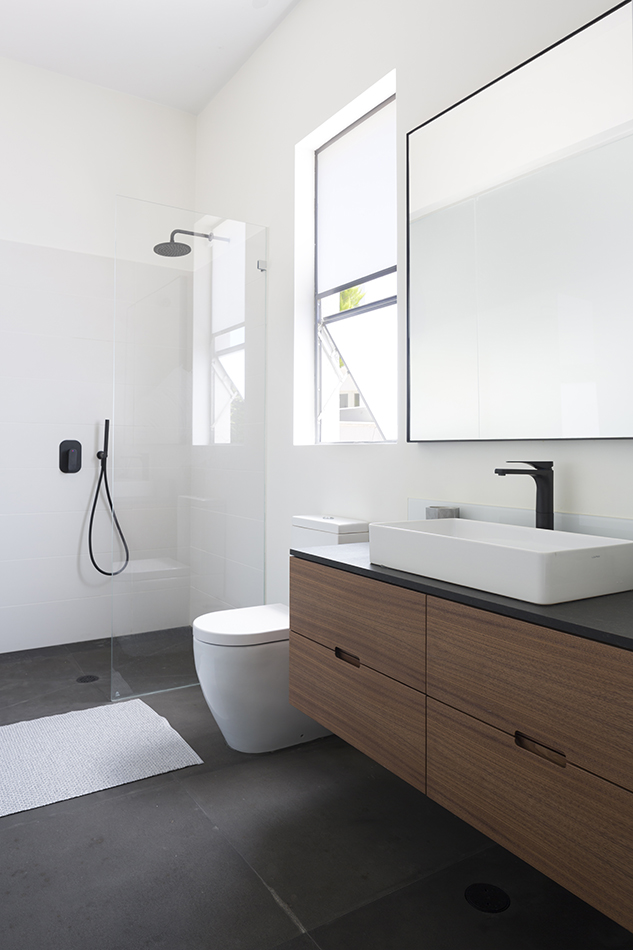 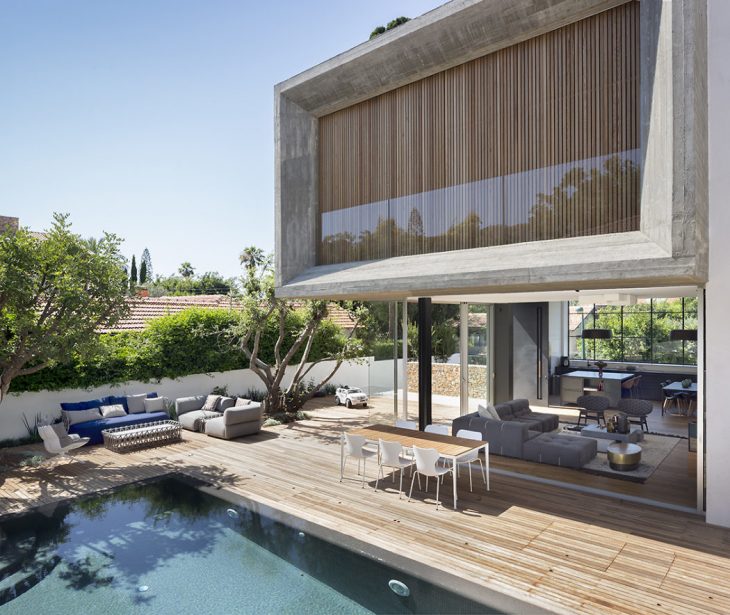 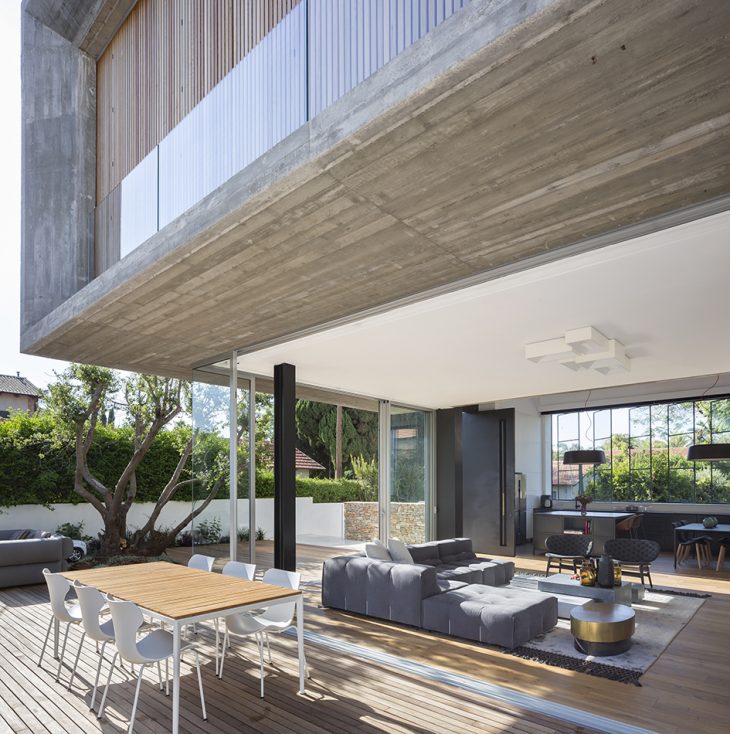 From the architects: The house is situated on a half dunam lot on one of Herzliya Pituah’s older streets and only a few hundred meters away lie the ruins of the ancient city of Apolonia. These ruins sit on a cliff overlooking the Mediterranean, while behind them Herzliya’s new houses are being built. This was our inspiration for the project – new spaces with clean lines, resting on old, natural stone surrounded by water.

The aim of our project was to avoid designing one more villa in Herzliya which would be hidden behind tall walls, but rather to expose the façade to the street. In order to achieve this goal, we planned the ecological ornamental pool so that it wraps around the villa and softens the encounter of the private spaces with the public areas. The ecological pool is separated from the street by a low, airy iron fence, which creates a pleasant mediating area where the cobblestoned streets intersect.

With a view towards maintaining the residents’ privacy, we built the house on a base of wild rock which elevates it from the street level, while we placed the private areas in the back of the house, facing a private patio.

The house was designed as two boxes connected by a “traffic artery” which begins at the iron fence at the entrance to the lot, continues through a long and high space that transverses the boxes along the inside of the house, and ends at the staircase, which creates the connection between the different floors and the boxes.

The house spreads out to a height of three floors: basement, ground floor and first floor. Inside the house, the traffic artery between the cubes continues to the roof and at its highest point it is covered by a light roof made of zinc combined with wood and glass (a skylight) on steel construction. The area of the house is 320 square meters, divided into the three floors. On the ground floor, the living room features floor-to-ceiling glass throughout, thereby meshing the indoor spaces with the private back patio space and the swimming pool. When needed, rolling curtains embedded in the ceiling can darken the area. The parquet floor in the living room continues as a wooden deck into the garden, lending a sense of continuation to the living room space and creating an additional homogenous connection between the garden and the living room.

The living room area is shaded by the covered balcony of the master bedroom on the first floor. From inside this bedroom, the balcony can be closed on two levels: one is by glass doors and the other is by vertical wooden slats which, in addition to their aesthetic function, allow control of the amount of light entering the room. The children’s bedrooms are located at the eastern side of the house, giving them the first light of the morning. The kitchen is at the northern part of the front of the house, facing the street. At the front of the kitchen there is a large window which is divided into pivot wings that trap the northern and westerly winds (the direction of the sea) and create air circulation through the house, from the kitchen and the living room to the south patio. 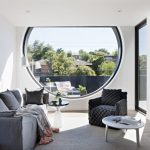 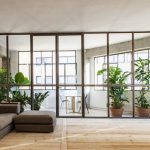