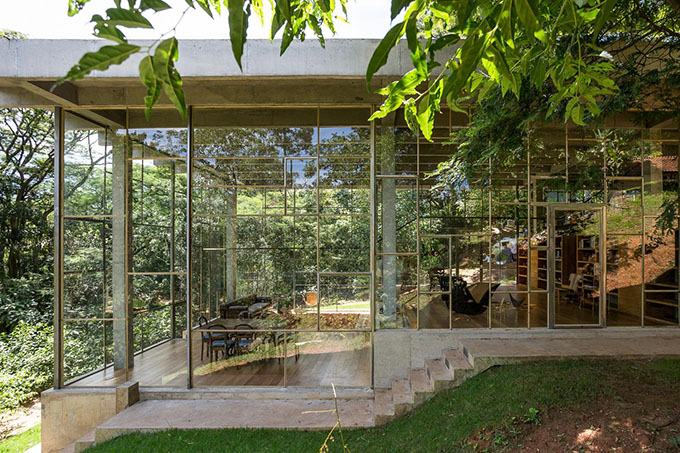 Atelier Branco Arquitetura designed this inspiring 200 m2 private residence located in Brazil, in 2018. Take a look at the complete story after the jump. 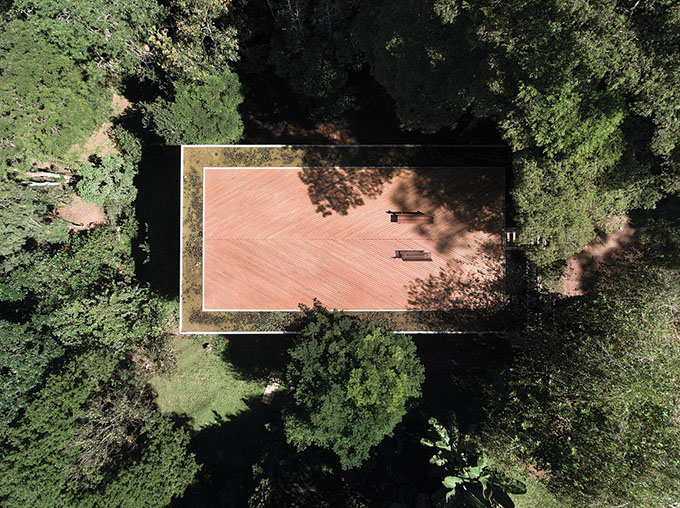 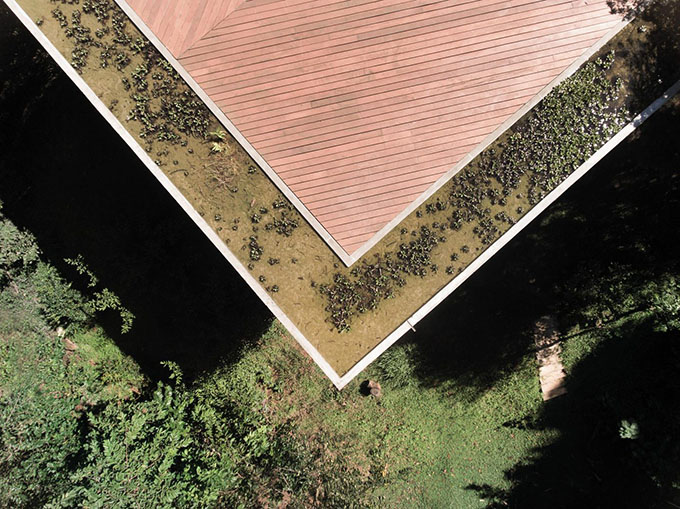 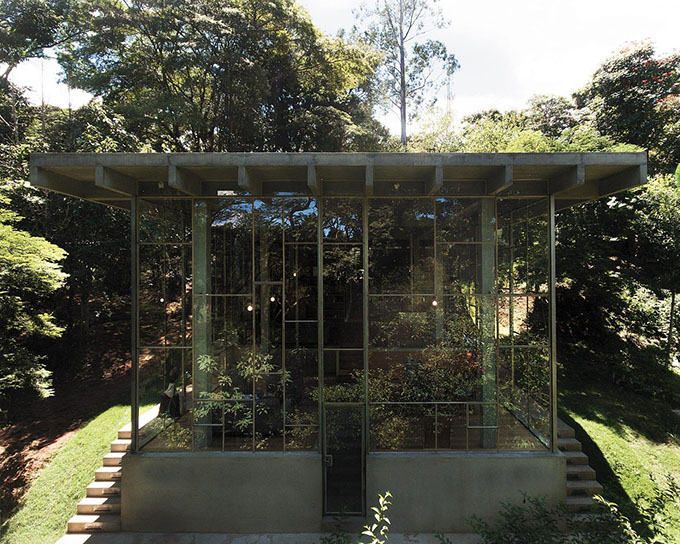 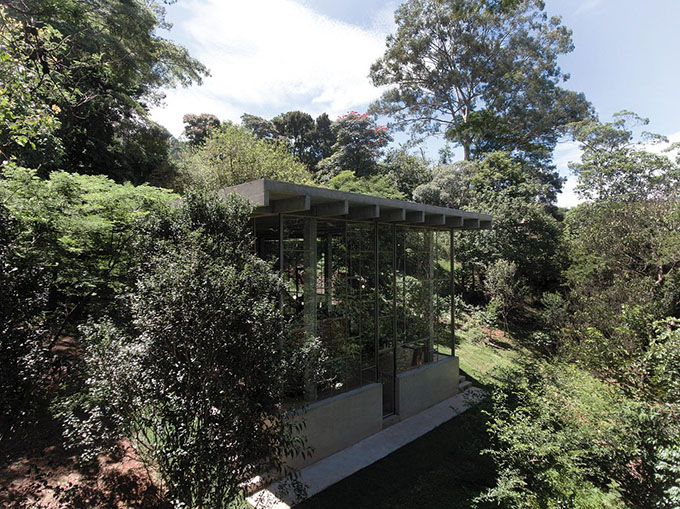 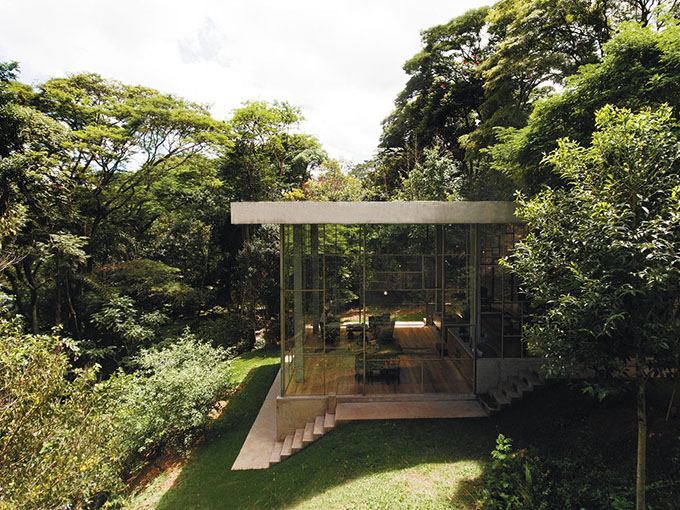 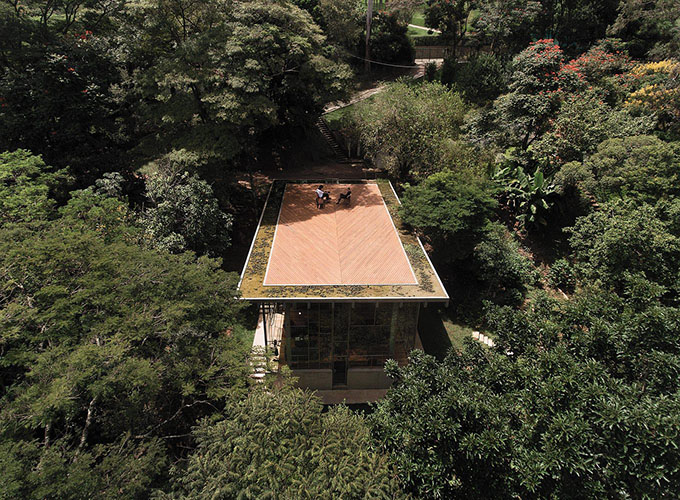 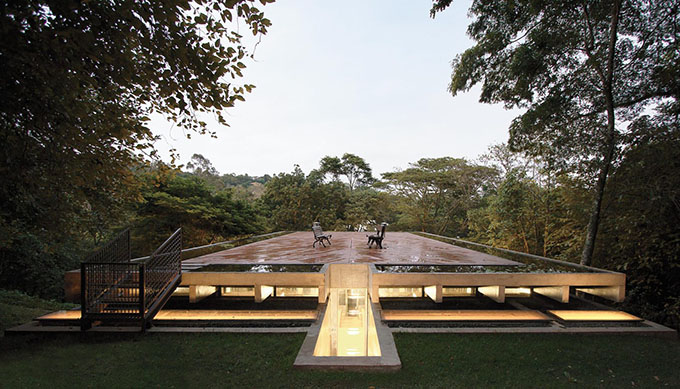 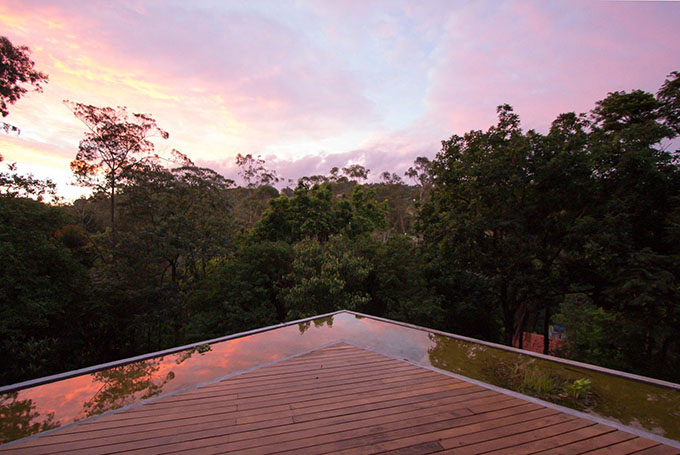 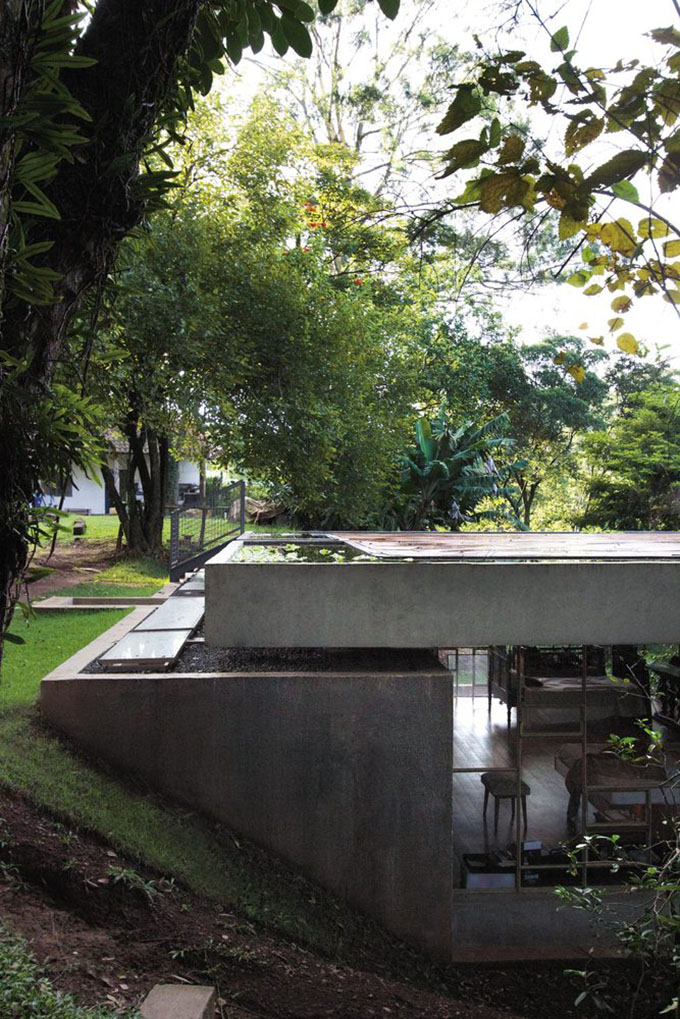 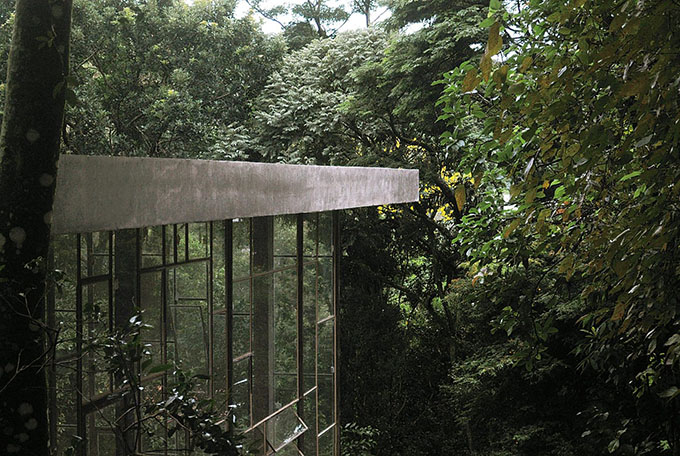 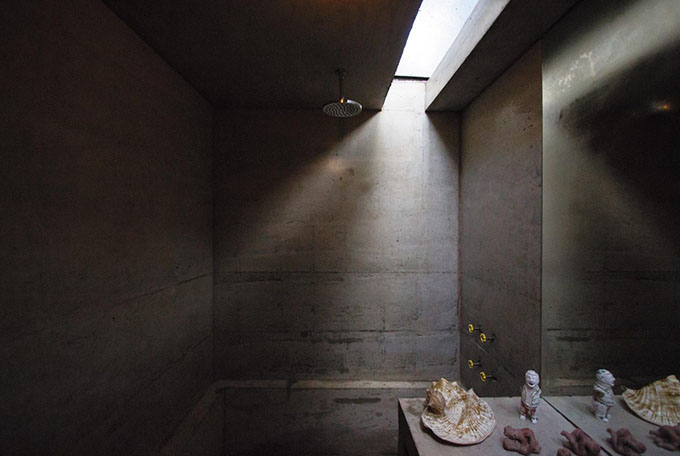 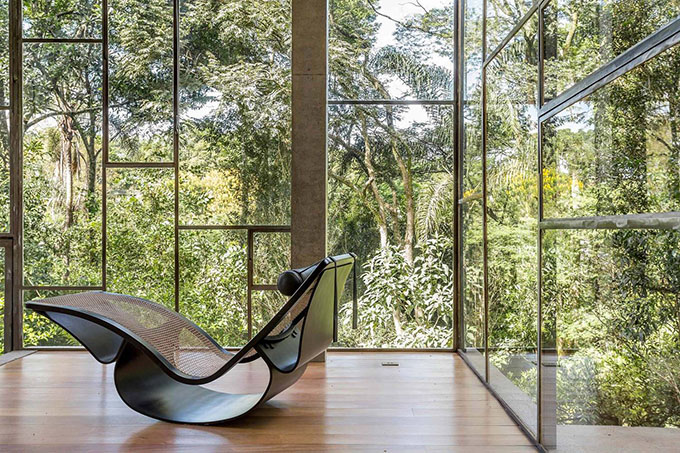 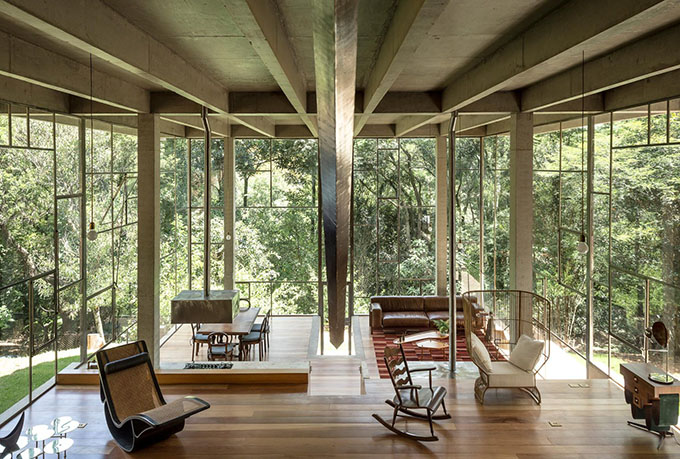 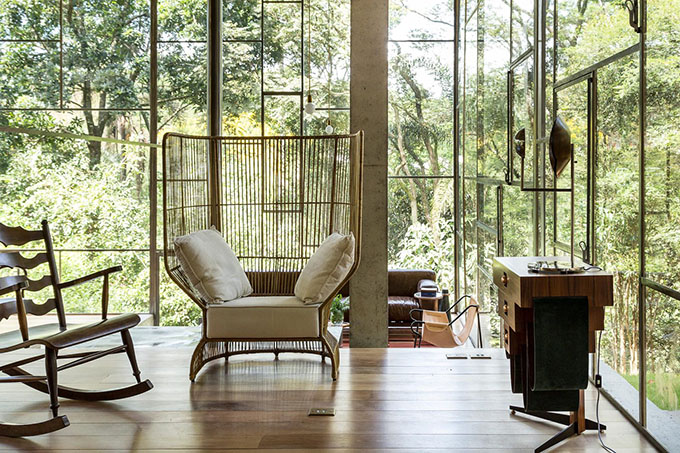 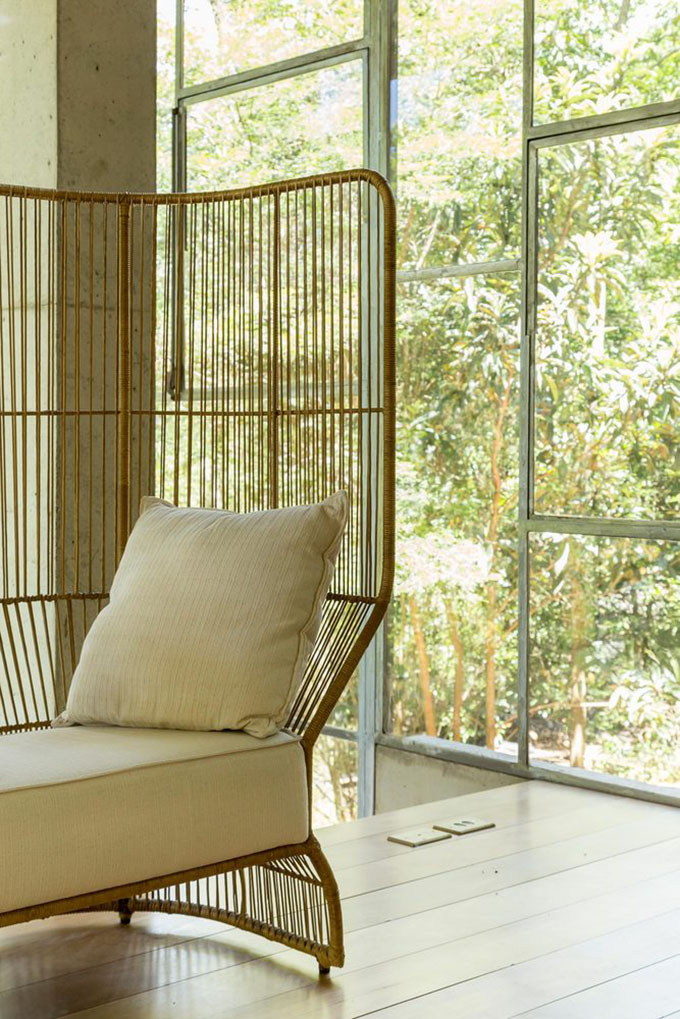 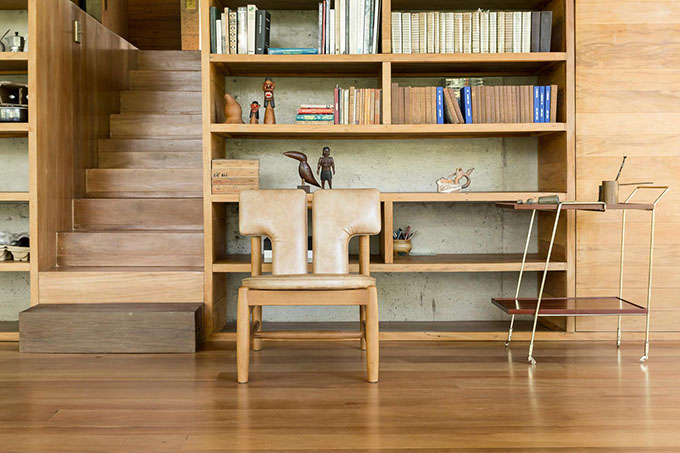 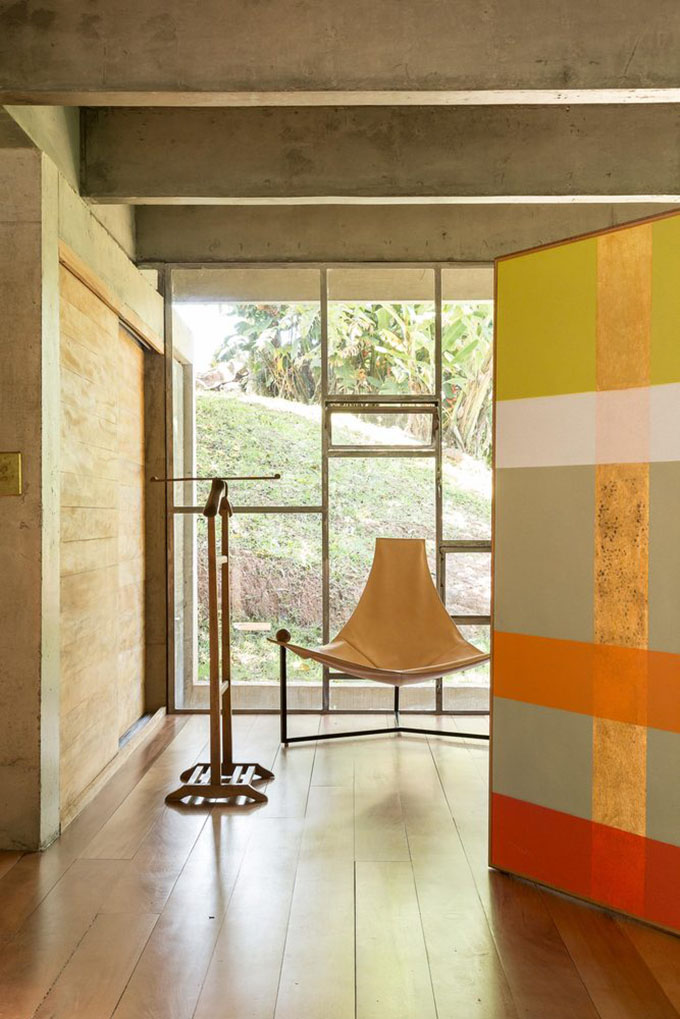 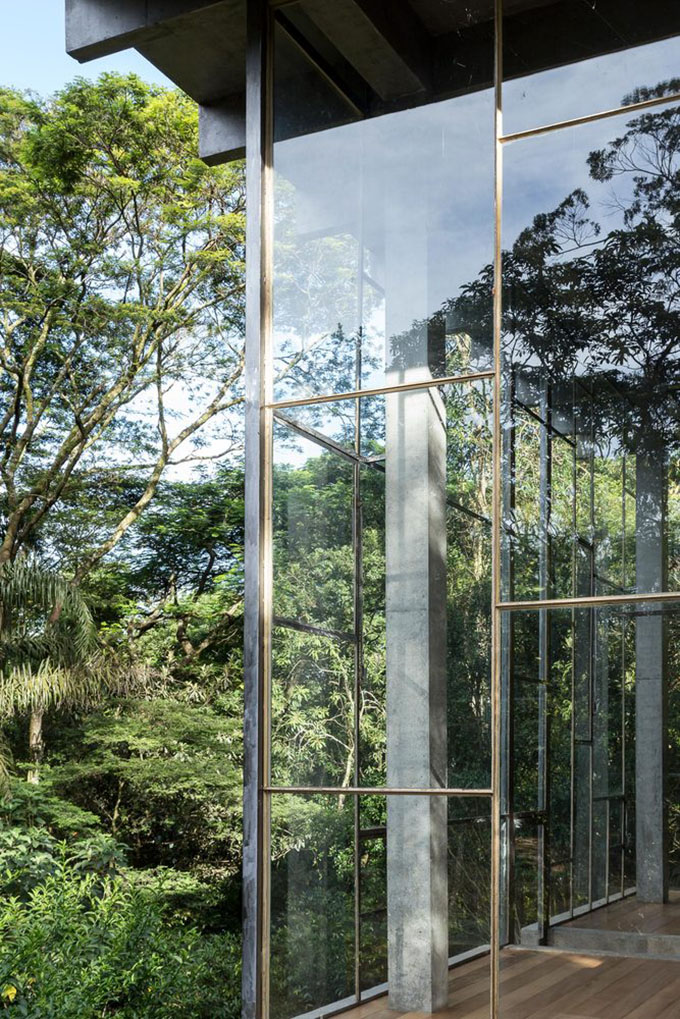 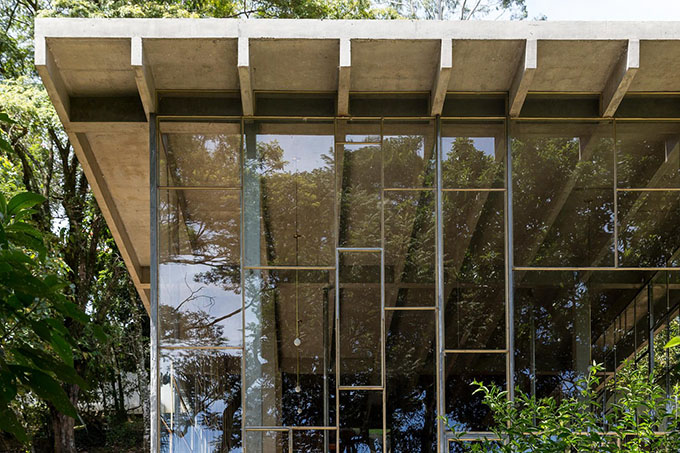 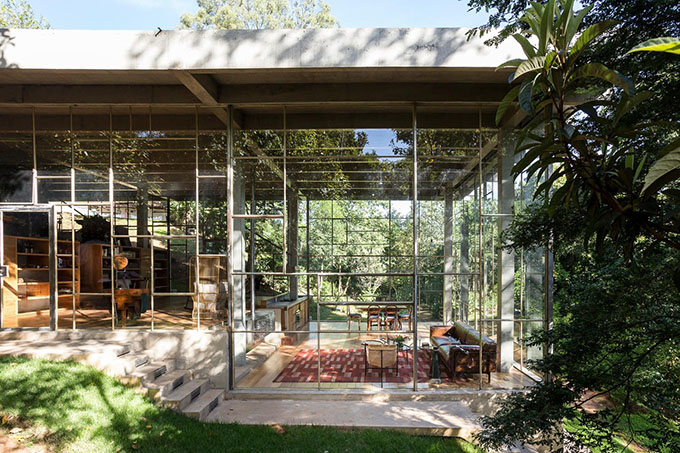 From the architects: When in the summer of 2014, founding members of Atelier Branco, Matteo Arnone and Pep Pons were approached to design a leisurely retreat in the small town of Vinhedo, the brief posited that the house be able to accommodate at least two kind of needs: the need for a place to read, immersed within the site’s vibrant vegetation; the need for a place to think, reposed under the placidness of the area’s boundless subtropical skies. The client, a left block activist against Brazil’s military dictatorship in his youth and now renowned scholar of the history of political thought, had conceived of the house as a temporary haven between São Paulo and Campinas, at which the State University he held teaching posts since the beginning of the nineteen eighties. It was thus neither to be a permanent place of residence nor a holiday home as conventionally understood, but a place of reverie and contemplation, occasionally of work, away from the bustle of Brazil’s hectic metropolitan life.

The latest of five built works designed by the young Italo-Hispanic duo, Casa Biblioteca embodies the practice’s attentive research into architectural form, matured both during their formative years in Switzerland, where they had been students of the Accademia di Architettura di Mendrisio, and in their professional upbringings under practitioners of the caliber of Christian Kerez, Kengo Kuma and the two Aires Mateus brothers. It is a bold scheme, almost entirely realised in in-situ cast concrete, of which the constructional acumen and attentiveness to detail are somewhat characteristic of all Atelier Branco’s architectural pursuits. Setting up practice in Sao Paulo in 2012, the two have, in fact, built up an enticing and significantly varied portfolio of which the content ranges from the careful crafting of furniture products and fittings, to the design of commercial showrooms and office spaces, to the construction of numerous residential projects scattered throughout Brazil in which their talent has, perhaps, best expressed itself in these few years.

Belonging to this later series, Casa Biblioteca is without doubt the most idiosyncratic of the bunch, both for the eccentricity of its client and the context it was born out of. It is, in fact, set atop of a steep north-facing terrain within a clearing of Vinhedo’s dense ‘mata atlantica’—the atlantic forest which extends over the larger part of Brazil’s littoral region. Due to the site’s topographical attributes, its design follows a distinctly ‘sectional’ rationale such that the spatial and functional disposition of the project is almost entirely articulated in the relation between two contour lines. In order of relevance, the first of these two lines consists in the line of the ground, of which the sloping profile has been manipulated to form a series of spacious horizontal terraces, fit for inhabitation; the second consists in the line of the roof, which ever so slightly hovers over the terrain’s uppermost retention wall to create a sharp, horizontal datum between the domesticated topography and the sky above it.

Ever a topos of Brazilian postwar architecture from Artigas to Mendes da Rocha, here too the concrete roof takes on a crucial role in the determination of the project both in the articulation of its program as in the characterisation of its outwards (and inwards) appearance. It is a 15 cm thin rectangular slab supported by eight long-limbed pillars which, albeit ‘basic’ in its formal resolution, distinguishes itself for the uncanny slenderness of its constitutive parts. When approaching the house from the main road, it is the upper face of this element that presents itself to the viewer offering access to a monumental viewing platform of ca. 20 by 10 meters, immersed within the foliage of the surrounding tree canopies. In place of a parapet, the deck is circled by a meter wide water bed which, in turn, defines a rectangular central island from which to contemplate the view. This latter is lined with finely cut Garapeira wood boards which meet diagonally against the deck’s symmetry line and point towards the horizon.

A dentil in the in the perimeter of the roof allows for a staircase to be fitted along its central access, leading down between two concrete walls into the house’s core space. This is an undivided, fully glazed, rectangular room hosting the entirety of the domestic program, of which the height gradually increases as one descends from the most intimate to the more exposed areas of the home. The retention walls which give its section the distinguished jagged profile are unique in height due to the uneven slope of the existing terrain, but spaced equally throughout to create neat tripartite structural system spanning 5.50 meters longitudinally from pillar to pillar, and terrace front to terrace front. Consequently, although equal in depth, the three terraces gain unique floor-to-ceiling heights providing the activities which take place on them with degrees of privacy and natural lighting conditions best suited to their needs. The sleeping areas are thus located onto the project’s uppermost terrace within an intimate and dimly lit, 2.35 meter tall space. This level overlooks the house’s central platform which measures 4.15 meters in height and hosts the client’s studio; it is the area of the house most directly connected to the landscape having two centrally placed glass doors located at either of its short sides (the doors also underline the project’s secondary axis of symmetry). Lastly, the terrace furthest from the house’s entrance is a living and dining area overlooking the surrounding greenery as if a loggia or a viewing deck; this is the brightest and most exposed area of the house, rising 1.25 meters from ground level and measuring 5.15 meters in height.

A similarly methodical approach informs the location of the core services and storage facilities required by the client which are either carved into the project’s retention walls—as is the case with the two bathrooms along first terrace wherein all elements are entirely realised in in-situ cast concrete and which, differently from all other areas of the home, are toplit and thus bare no visual connection whatsoever to the exterior—or fitted accurately against them—as with the kitchen elements, bookcases and wardrobes. As such, the space remains untethered from elements foreign to its ‘disegno’.

The neatness of the architectural layout, is even further corroborated in the positioning of the stairs. These, rather theatrically transverse the space along its central axis to loop symmetrically around the perimeter of the house under a concrete-paved, covered pathway. But perhaps, the most significant aspect in giving the project it’s somewhat rudimentary grandeur is the selection and treatment of the materials deployed. The bare structure is realised entirely out of reinforced concrete and was cast under the direction of the architects within a single working day; the floors, as with the upper terrace, are lined with long and fine Garapeira wood boards placed perpendicular to the project’s longitudinal axis; and the whole is almost entirely wrapped within a single glazed facade of which the iron profiling and design motifs follow the iconic ‘paulistana’ tradition of the nineteen fifties. It is especially the care gone into the design of these latter elements that have made the fortune of the project of which the noble spareness could’ve easily been buried under the hideous chunkiness of modern-day aluminium frames. Instead, with its fine joinery and quasi-ethereal openness, the Casa Biblioteca consolidates its place amidst a rich tradition of glass houses and pavilions which since the dawn of twentieth century have almost persistently affirmed themselves as privileged sites of architectural experimentation. 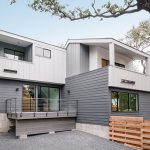