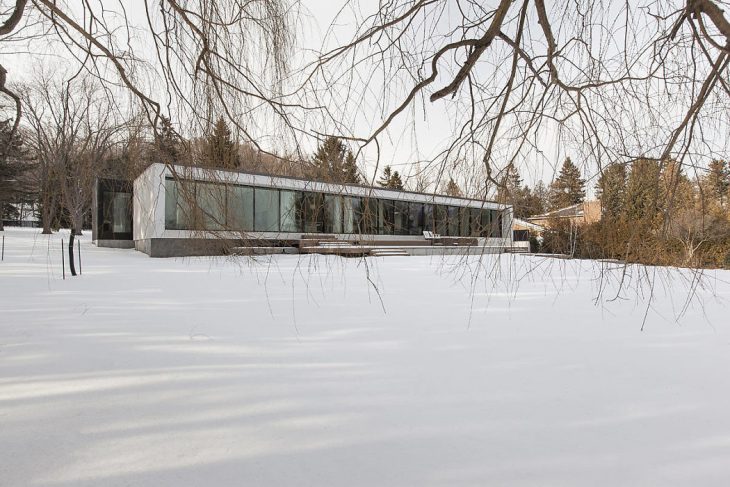 Rzlbd designed this stunning modern private residence located in Toronto, Canada in 2016. Take a look at the complete story after the jump. 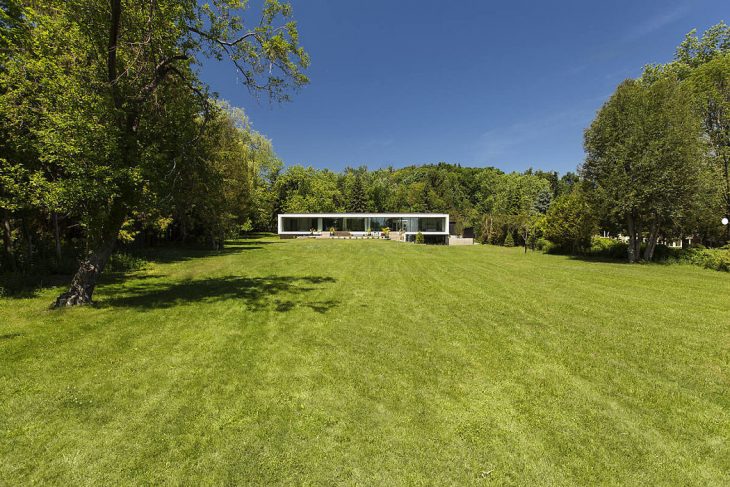 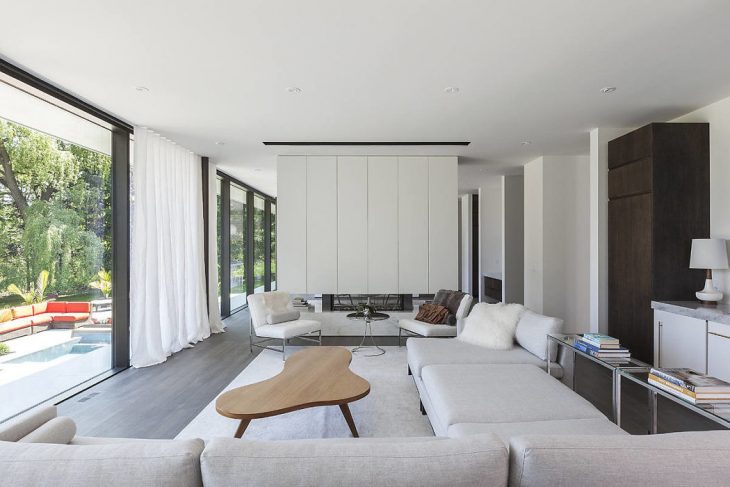 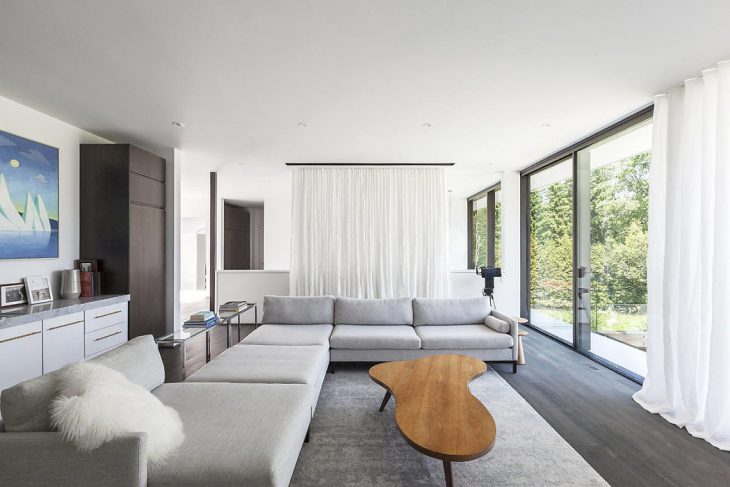 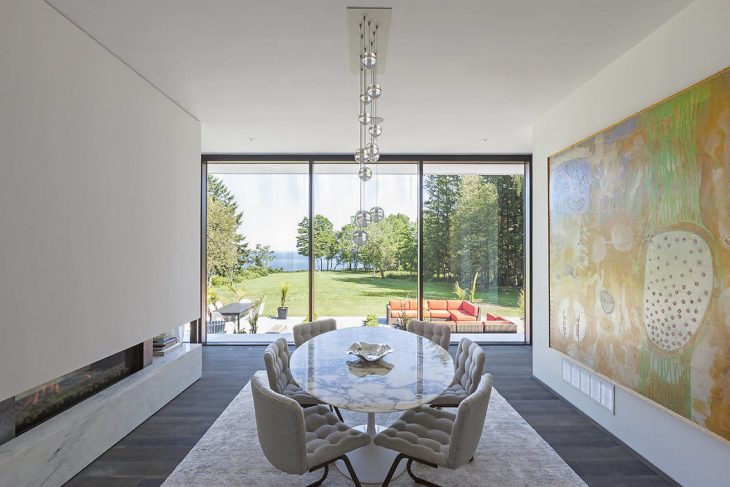 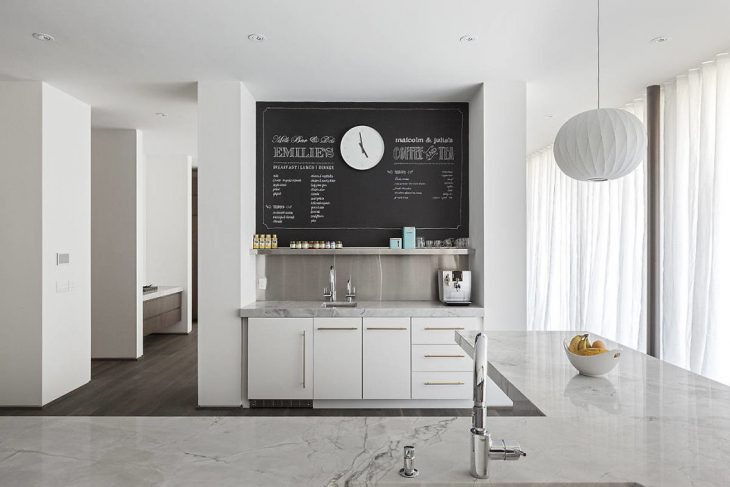 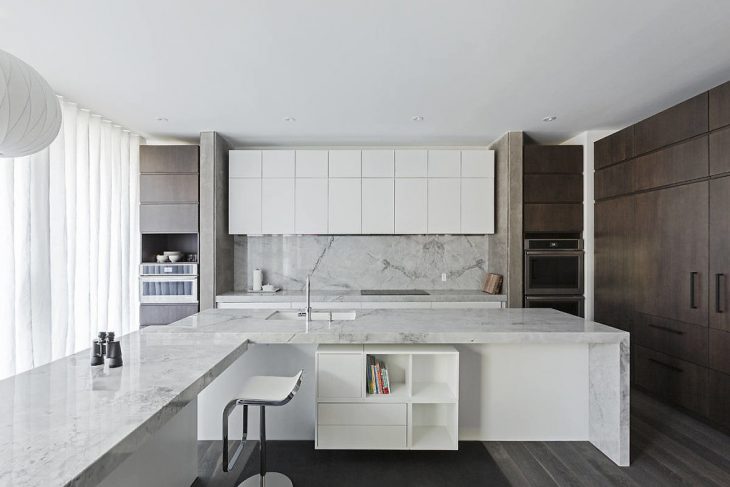 From the architects: The Opposite House, is a commissioned private residence located on the Scarborough Bluffs, closer to the east edge of the Greater Toronto Area. The clients, a professional couple who both work from home and enjoy an active home entertainment lifestyle, were looking for a modern dwelling that would offer everything they might need and more, including enough space to transition into, if their family grows at a later time.

The new build sits partly on an old bungalow’s footprint, close to a quiet back-street, with a 2.7 acre site sloping down to the shore of Lake Ontario. To the northern street side, the house presents a purposely low, dark-brick profile – just a single, unobtrusive 146-foot long storey [equal to the length of an Airbus A321, the most efficient single-aisle jetliner ever built; its stretched fuselage – measuring 146 feet], allowing for an unimpeded lake view from all points even in the north end of the property. To the southern lakefront, the home’s face opens into a 10-foot curtain wall, lozenged in white. The house’s interior is 6,400 sq-ft; though massive in size, it feels quite human in scale, the result of the space’s precise geometric parsing, something the architect refers to as “mathematical poetry.”

Both outside and in, the Opposite House is at once familiar yet different, spectacular yet comfortable, private as well as public – presenting a study in subtly rendered juxtapositions. Two concepts are at work here: Louis Kahn’s “servant and served” maxim, wherein private, back-of-the-house functions are placed on one side, balanced by public relaxation on the other; and the “phototropic” nature of plants, which remain rooted in the earth while their heads blossom towards the sun – interpreted here as a north side wrapped in dark-black, textured brick and a south side presented in bright glass and smooth white stucco.

The main hall of the Opposite House forms a central nave that runs like a spine, east-west, along the home’s entire length, bracketed at either end by outsized windows. The foyer, with its 49-square-foot skylight, acts as a north-south transept, intersecting this main line, and descending via a stadium-stairway to the lower level. When the clients wish to entertain, guests can lounge on the agora seating and either admire the view from a dropped 20-foot double-height curtain wall or watch a show on the roll-down movie screen. The central nave and the north-south transept divide the building program into four main zones: 1- the garage, mudroom and storage, 2- a guest-room with an en-suite, 3- home offices/secondary bedrooms, bathroom facilities, and 4- the master bedroom, kitchen, dining, and living areas. 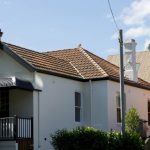 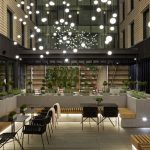