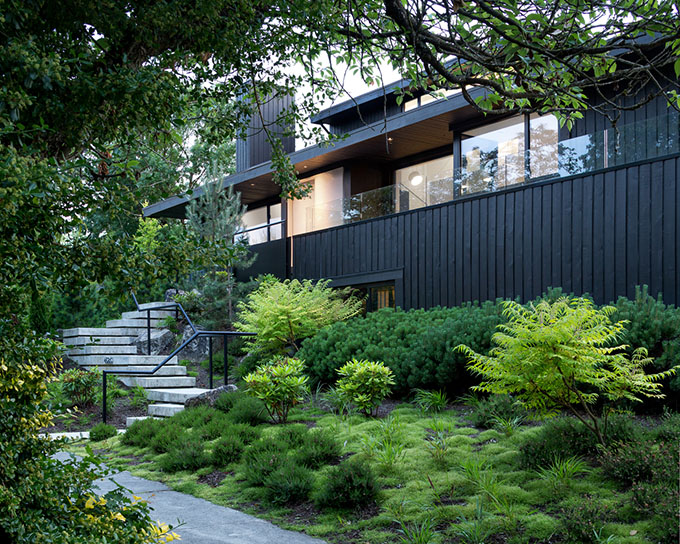 D’Arcy Jones Architects redesigned this stunning classic split-level house from the early 1980’s located in East Side, Vancouver, BC, Canada, in 2017. Take a look at the complete story after the jump. 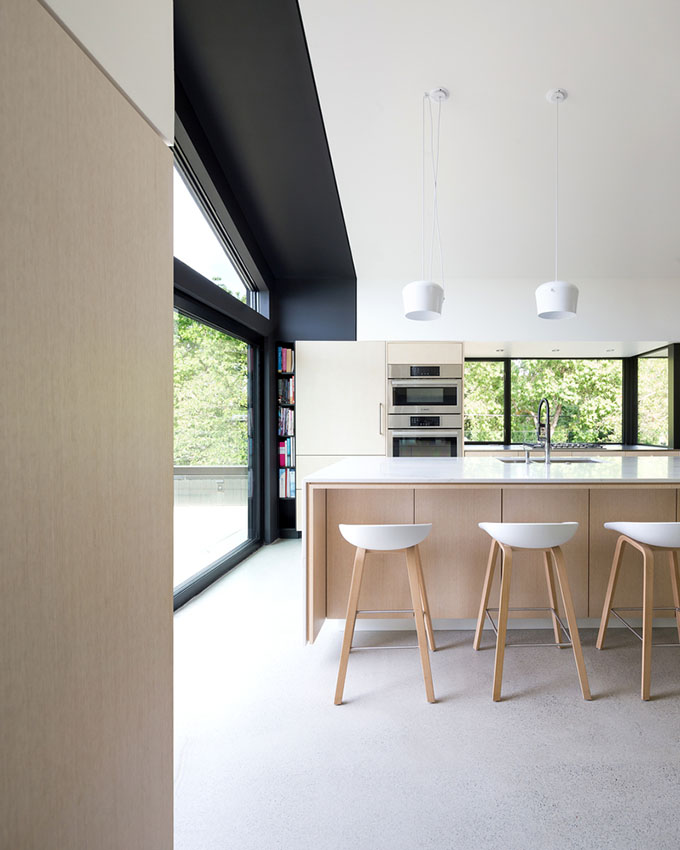 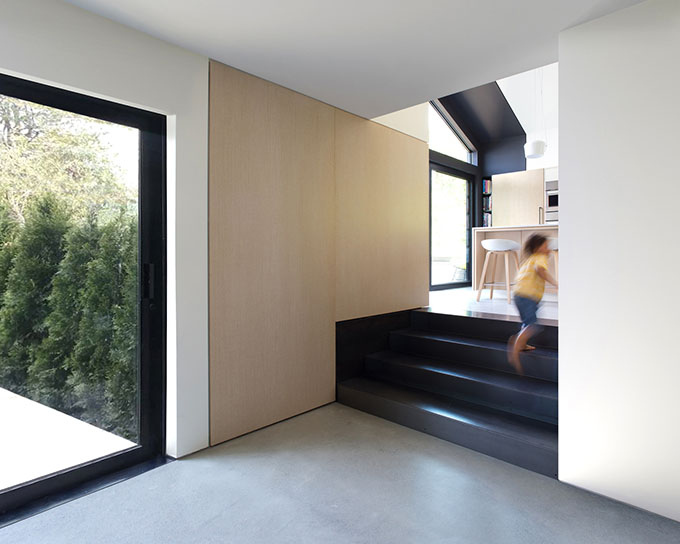 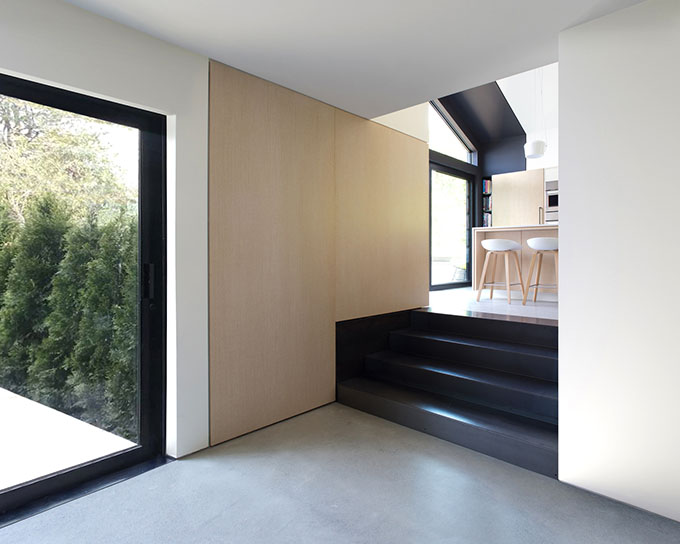 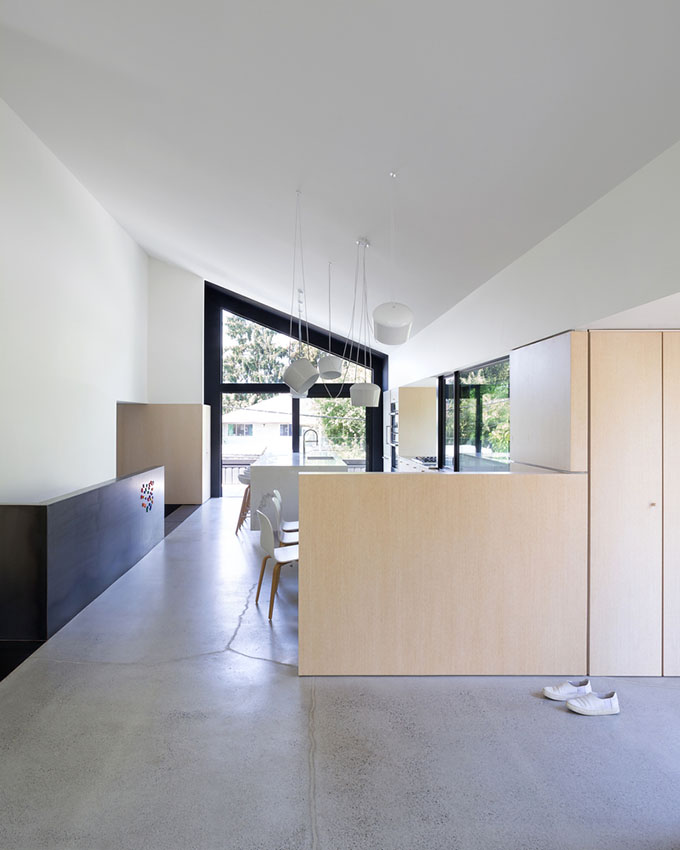 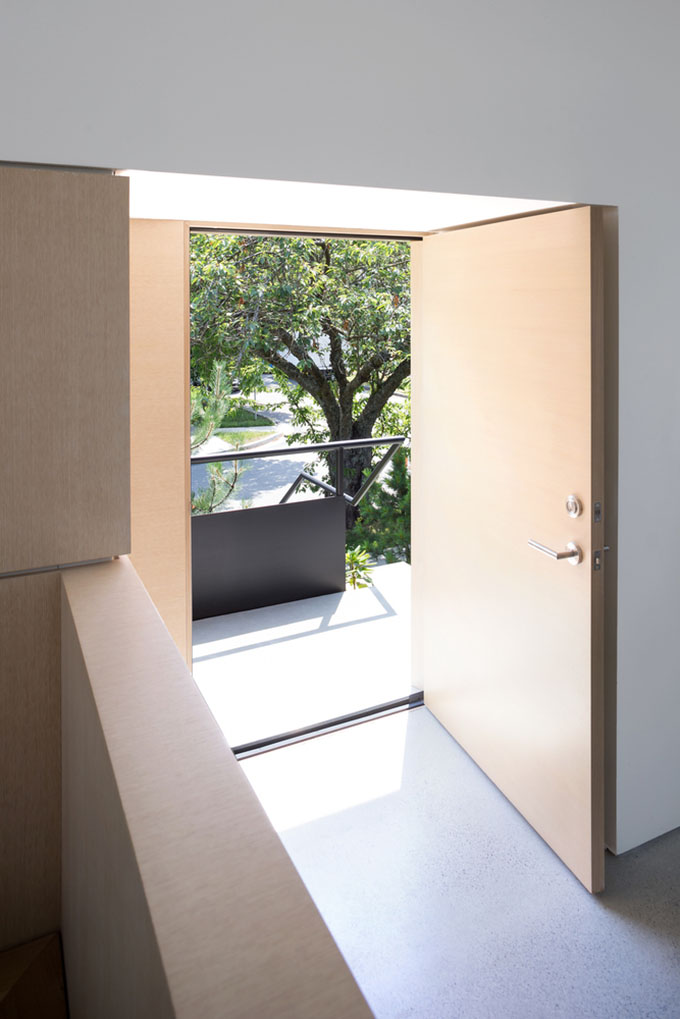 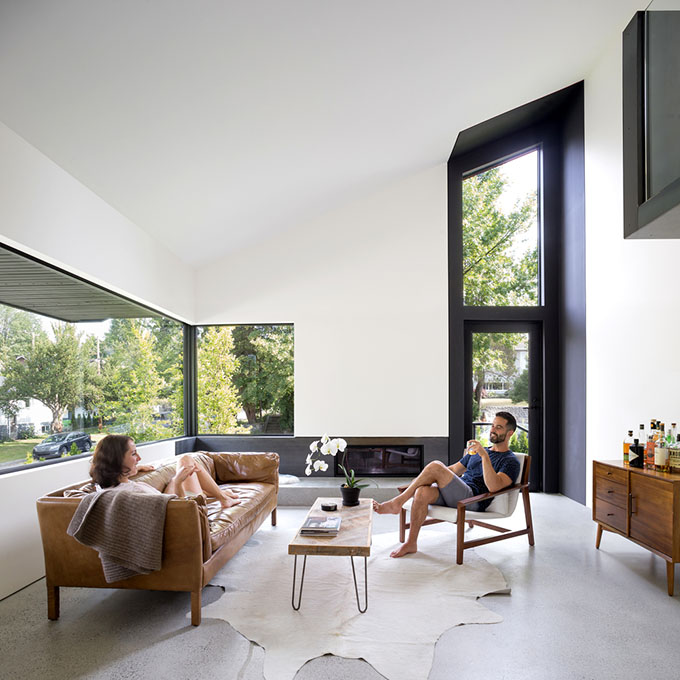 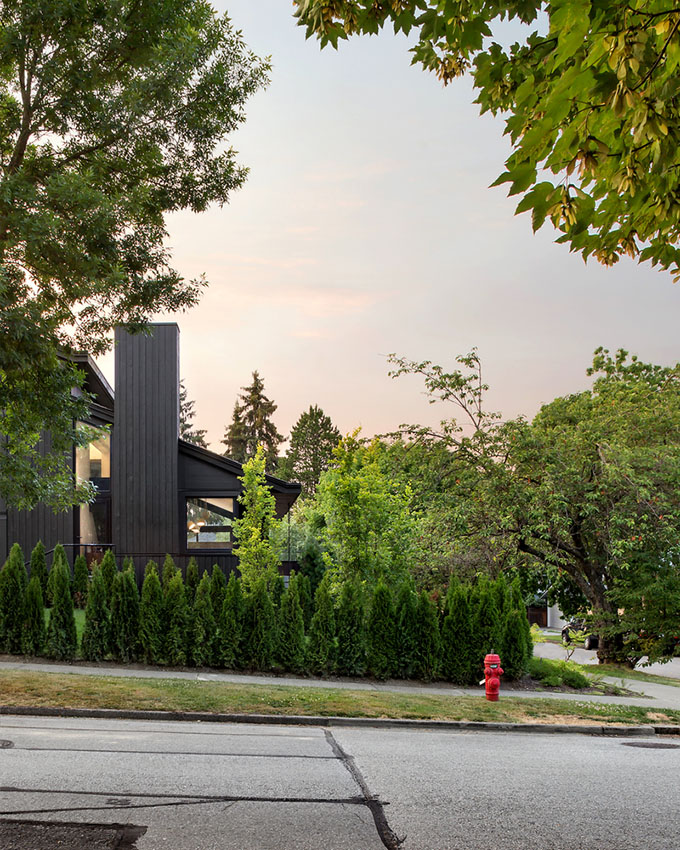 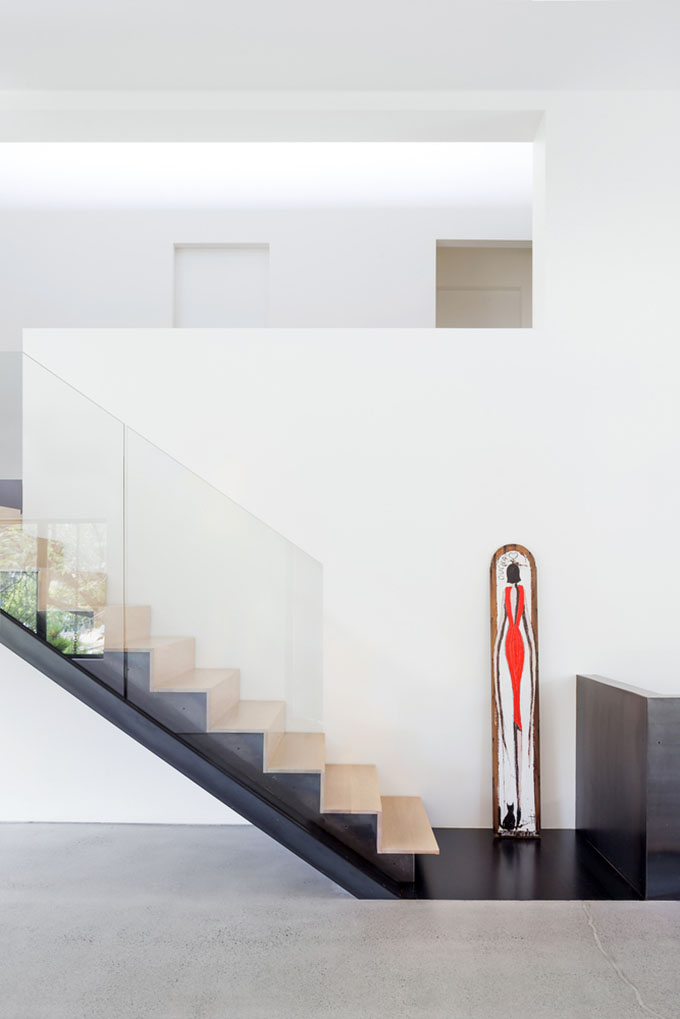 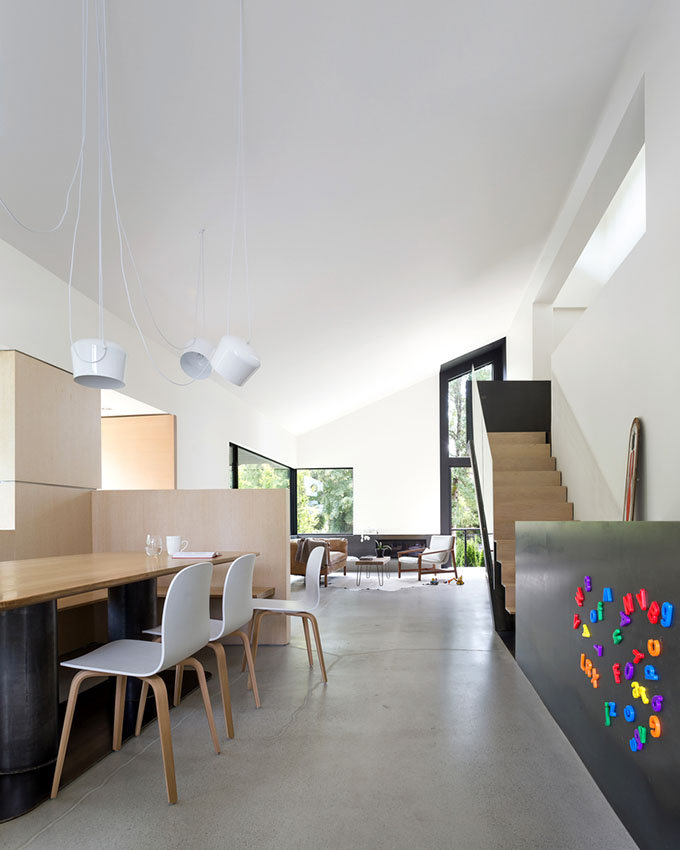 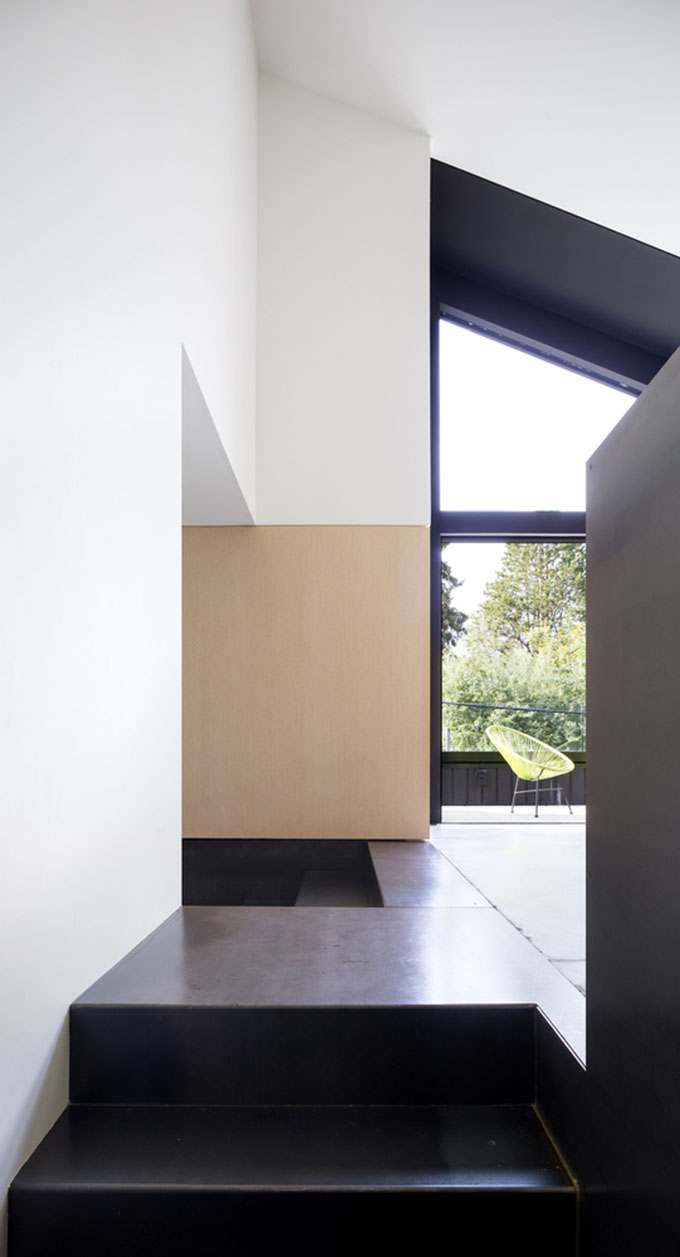 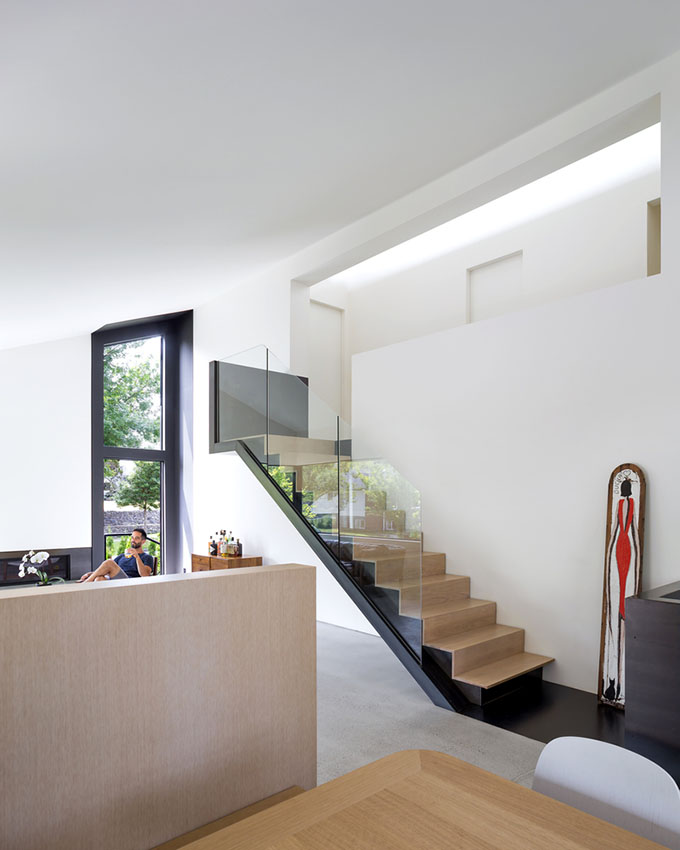 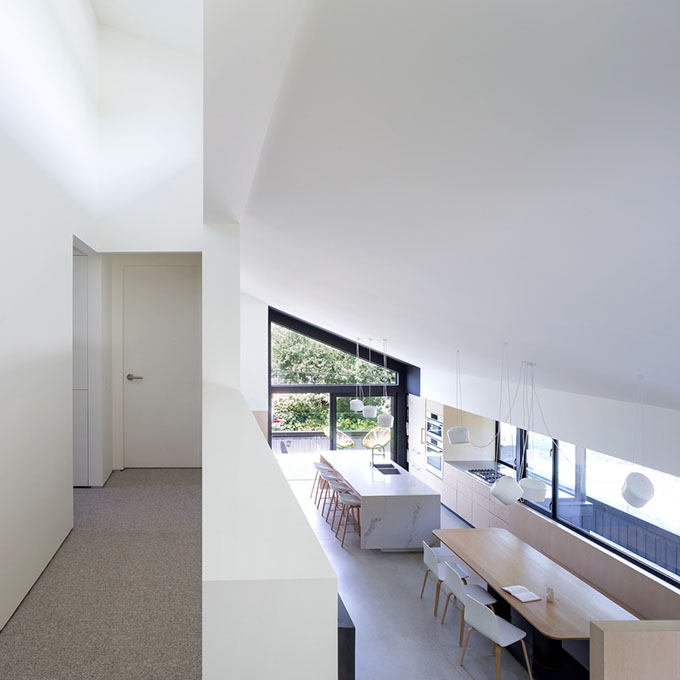 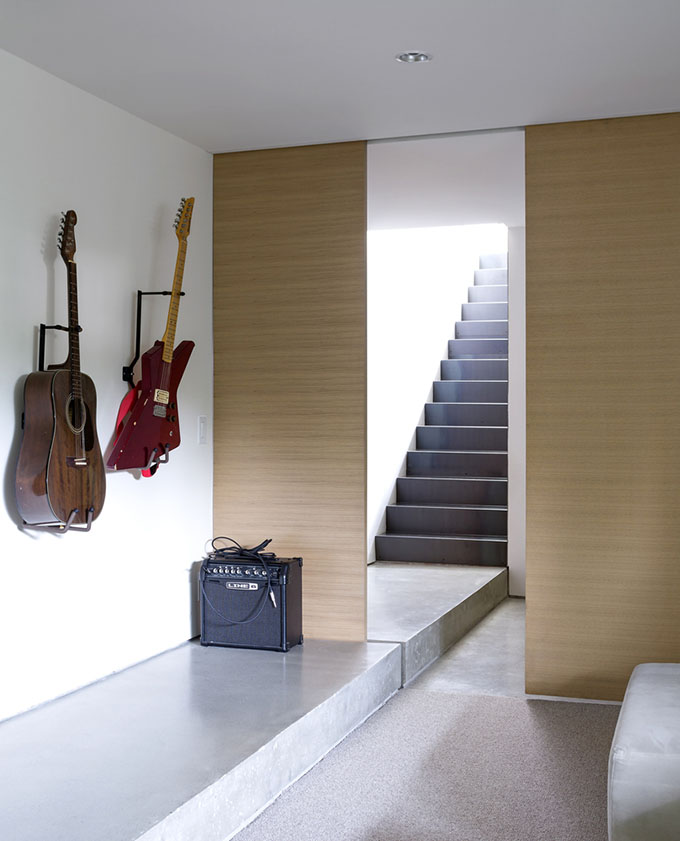 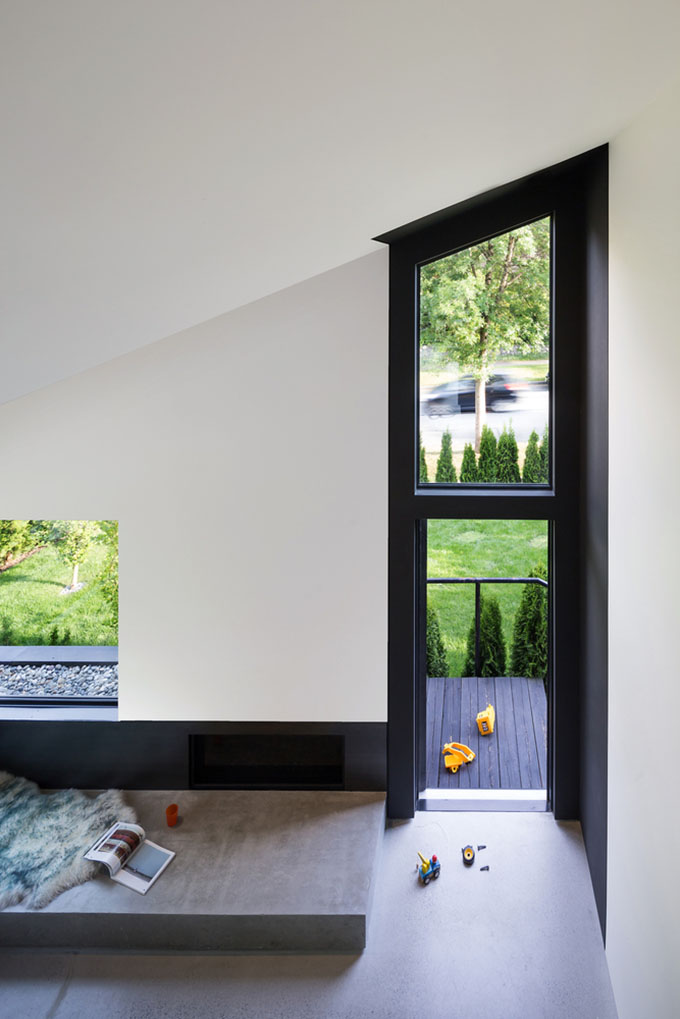 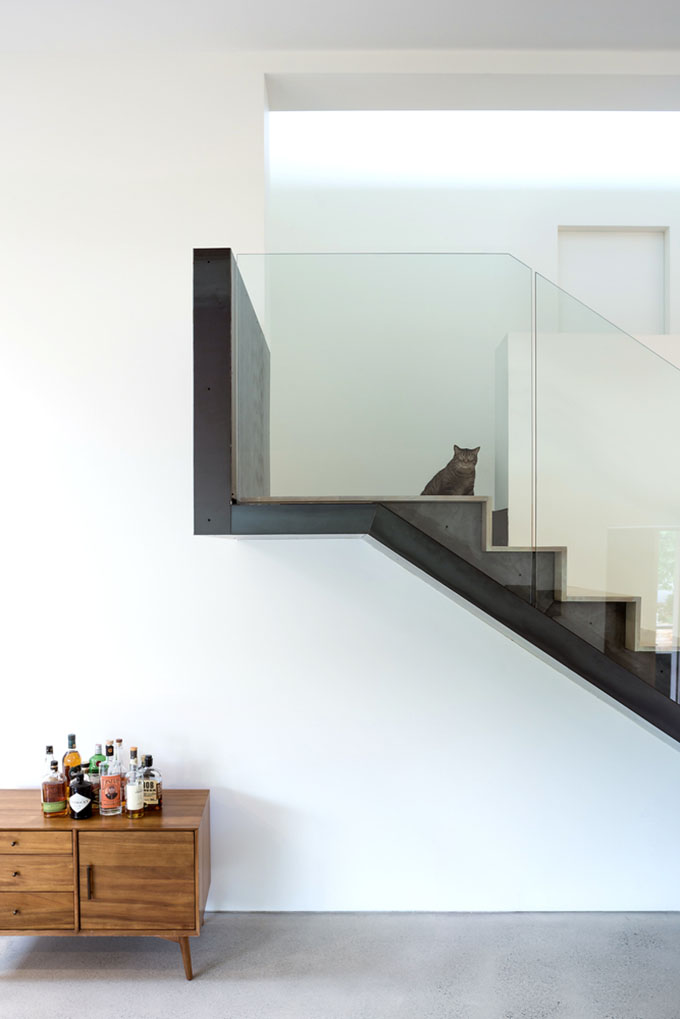 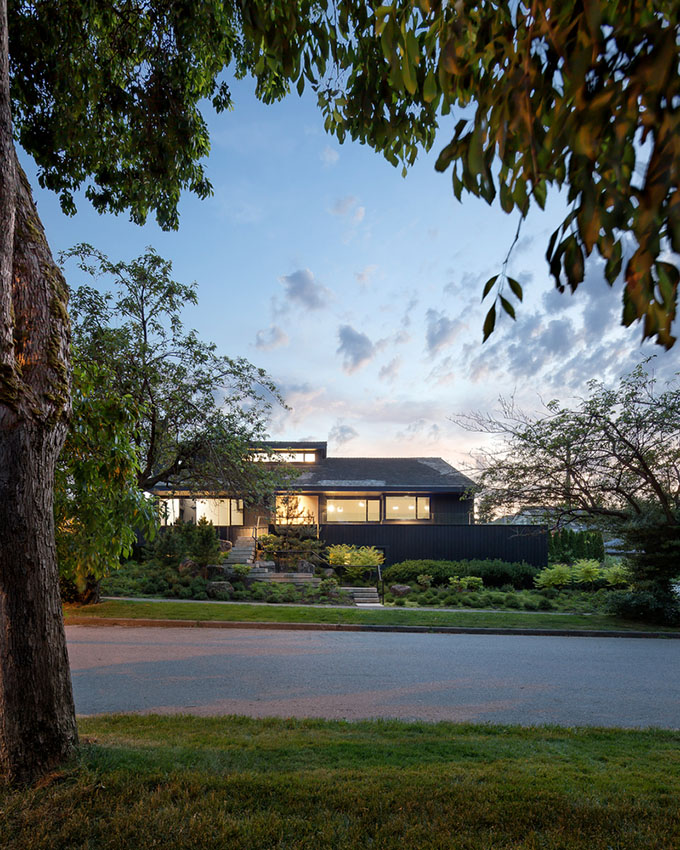 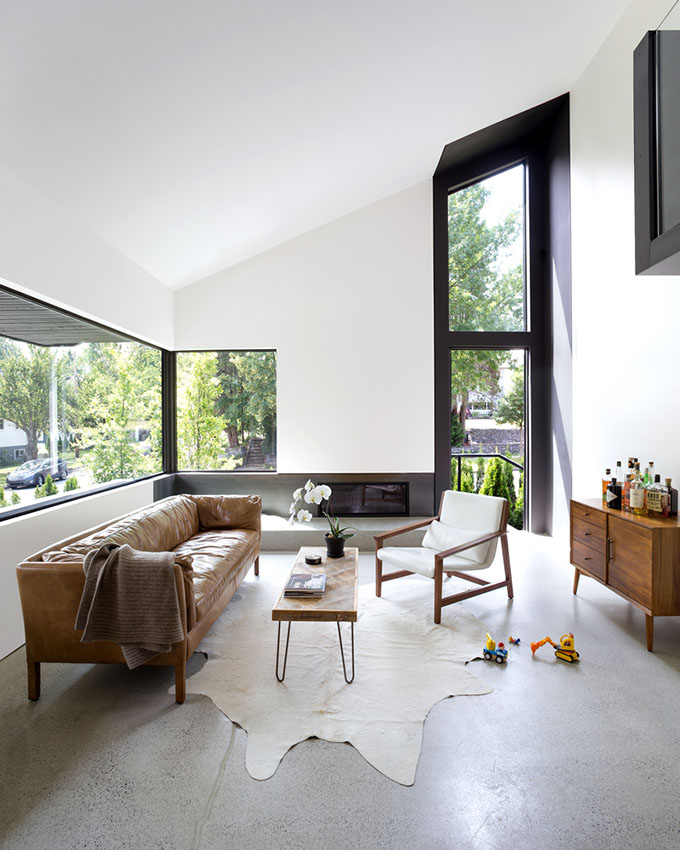 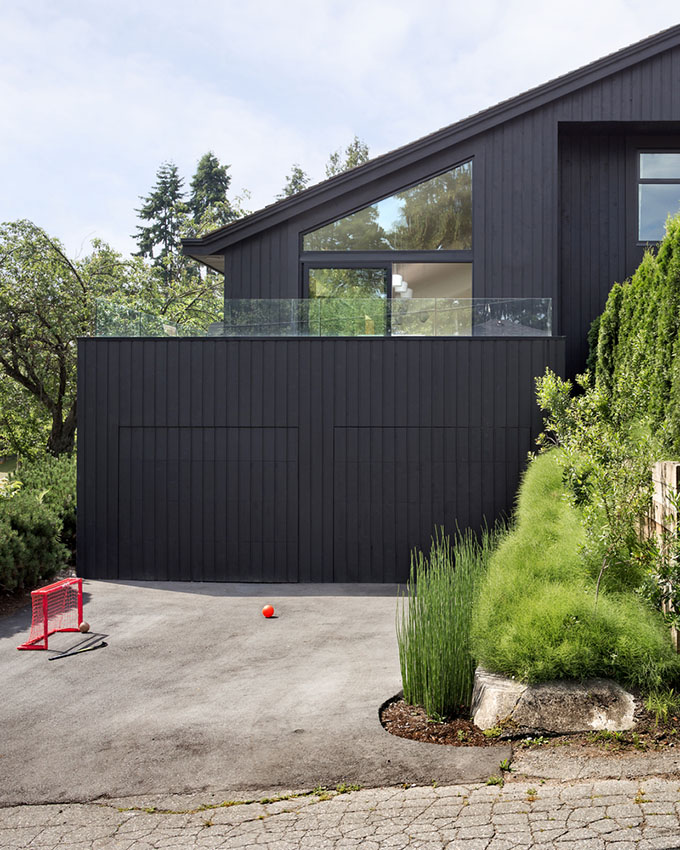 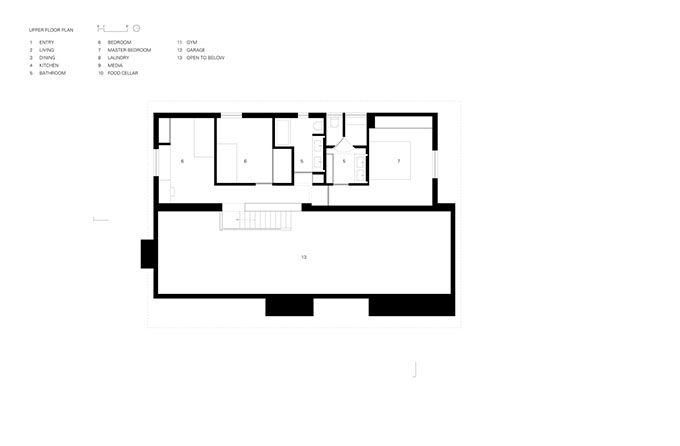 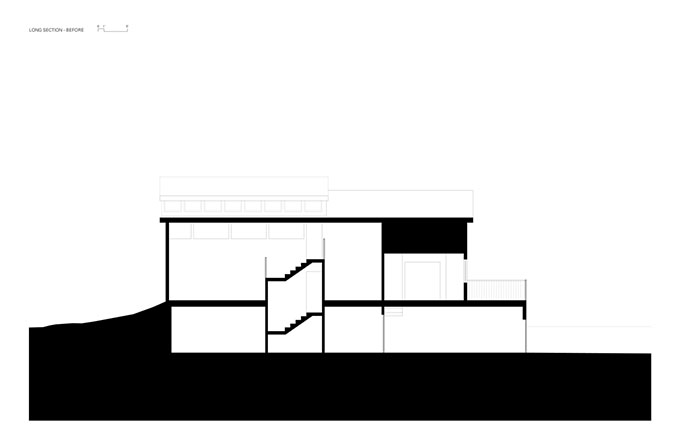 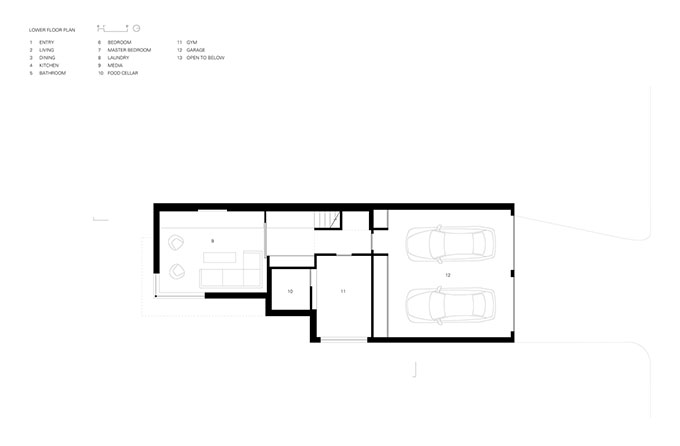 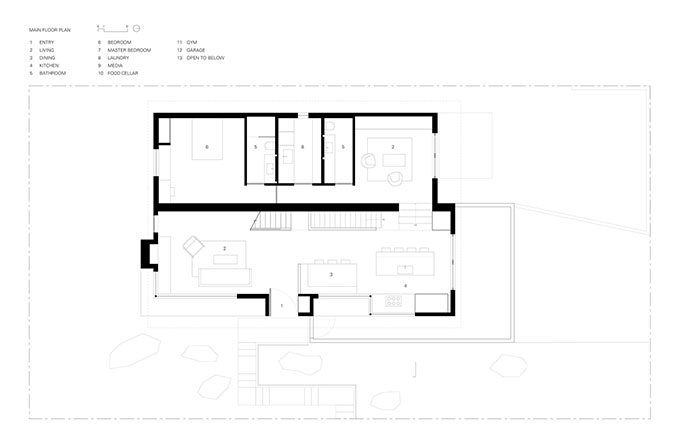 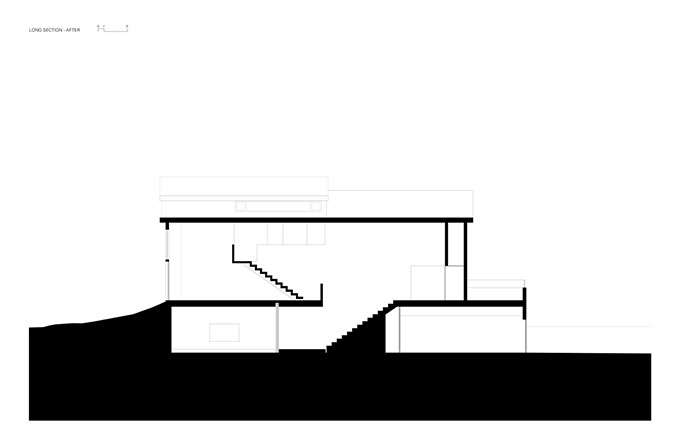 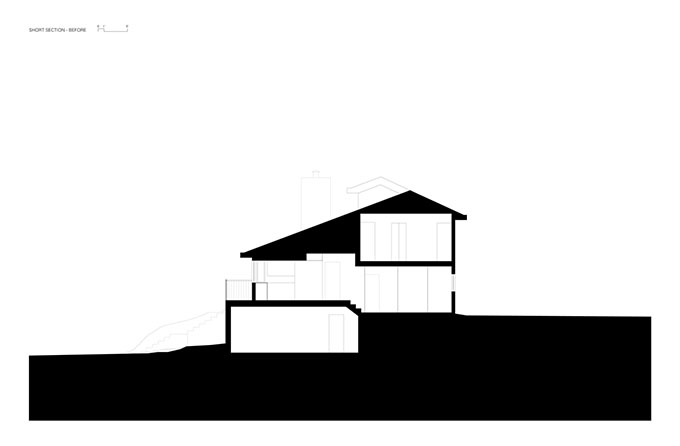 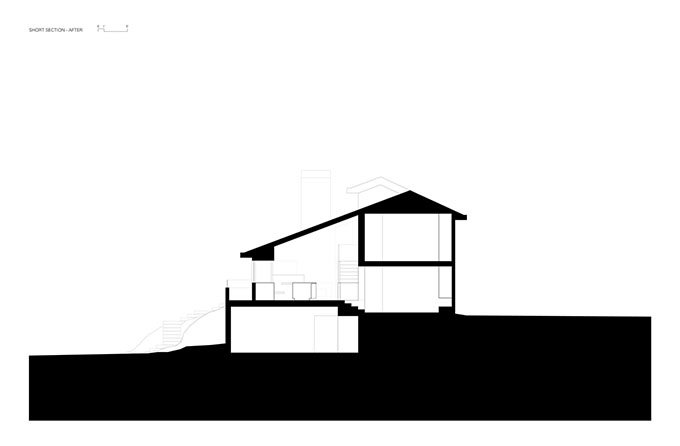 From the architects: This project gutted and re-built a classic split-level house from the early 1980’s. A long angular space was completely opened up, to create an airy sense of volume not possible in Vancouver anymore, since high ceilings heights are not allowed in any new house. Constricted stairs, dropped ceilings and non load-bearing walls between the living areas were removed, but the existing exterior shape of the house was not changed or enlarged. Old window locations were preserved to leave the house’s structure almost completely intact, and then elongated to let more light in. Since the house is on a prominent corner site, corner windows were added to create panoramic views out into the established neighbourhood.

At the exterior, the house’s existing simple builder details were preserved or repaired to create a strong contrast between the old house and the new interior. This project dignifies a disparaged era of Western Canadian architecture-without-architects that was actually quite robust, quietly futuristic and reflective of the families that lived inside. The best domestic building of the 1980s was a re-working of the local wood frame building traditions that were only one hundred years old in British Columbia.

After the 1980s, the next chapter of builder houses embraced faux finishes and unnatural materials, which has stuck around to the present. This renovation project was only finished with real materials that will patina, so the house can last one hundred years. A palette of heated concrete floors, raw waxed steel, bleached oak plywood and sculpted white drywall enclose a variety of spaces that are simple and complex. 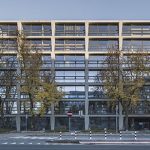