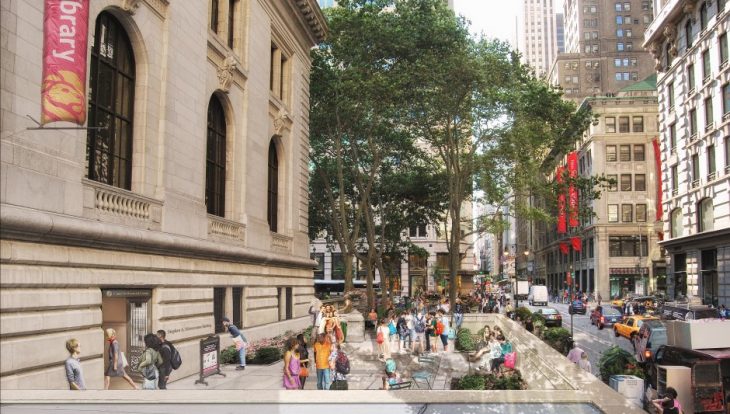 The New York Public Library has unveiled a Master Plan for its iconic Stephen A. Schwarzman Building, one of the nation’s leading research libraries, which for over a century has stood as a symbol of open and free access to information and opportunity.
The $317 million plan for the historic Midtown building on Fifth Avenue and 42nd Street was shared at the Library’s Board of Trustees meeting this evening, and calls for an approximate 20% increase in public space for research, exhibitions, and educational programs. 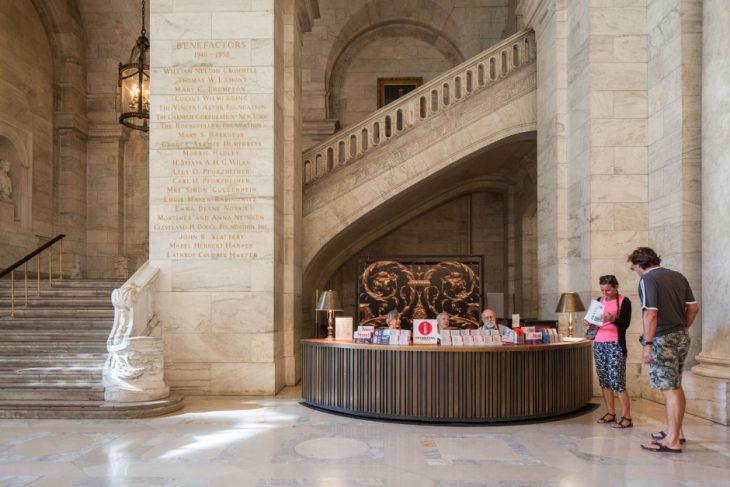 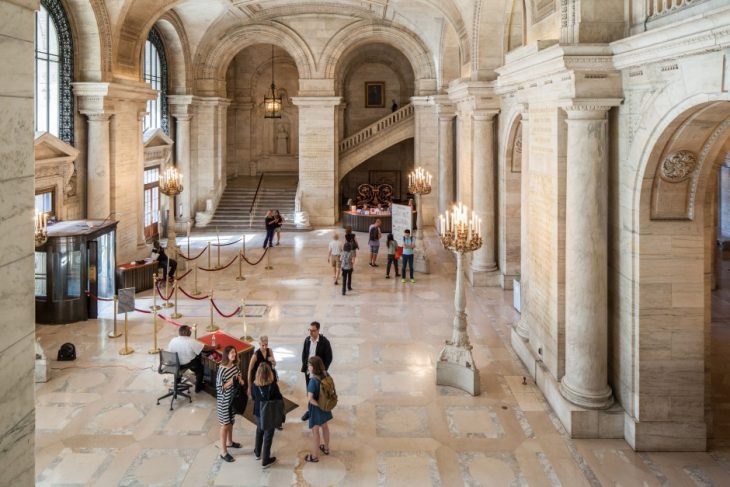 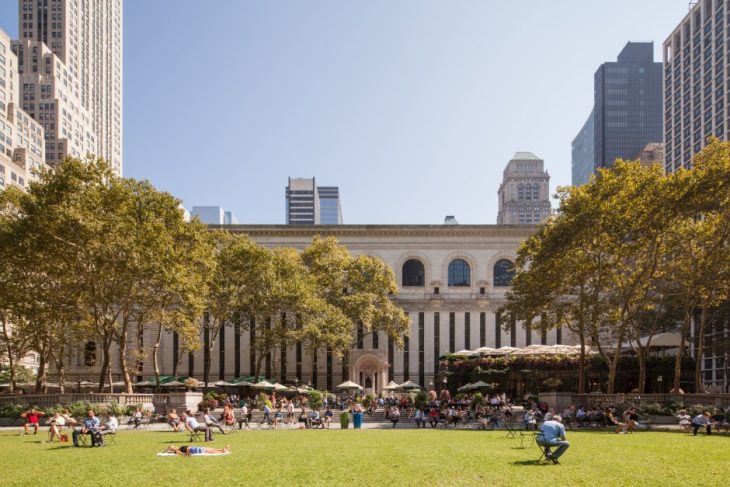 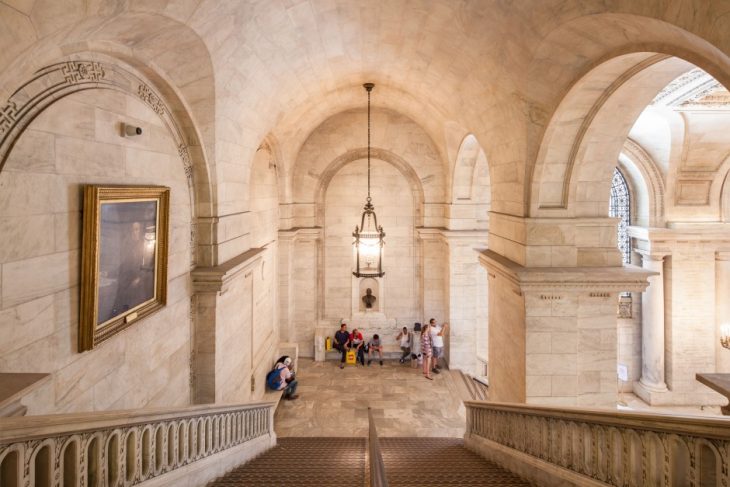 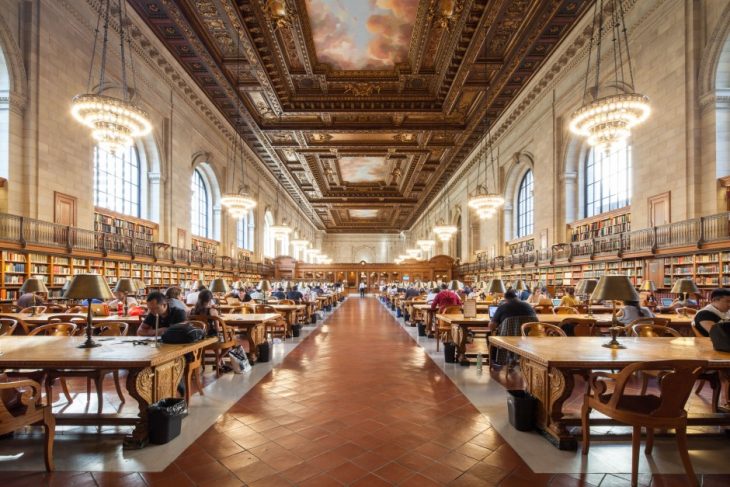 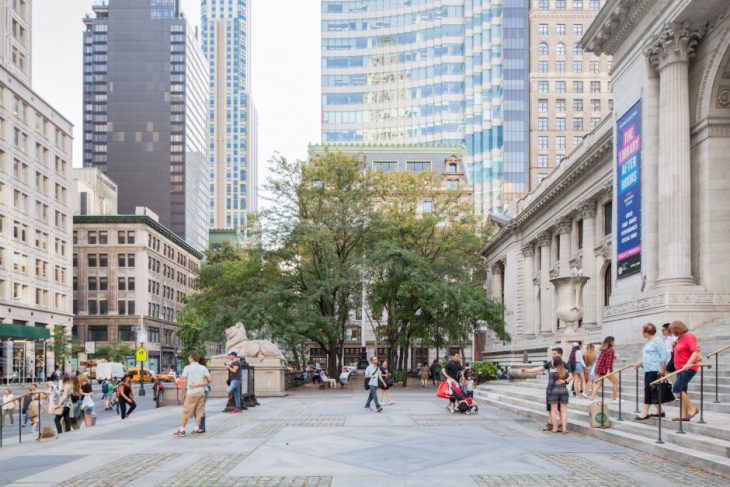 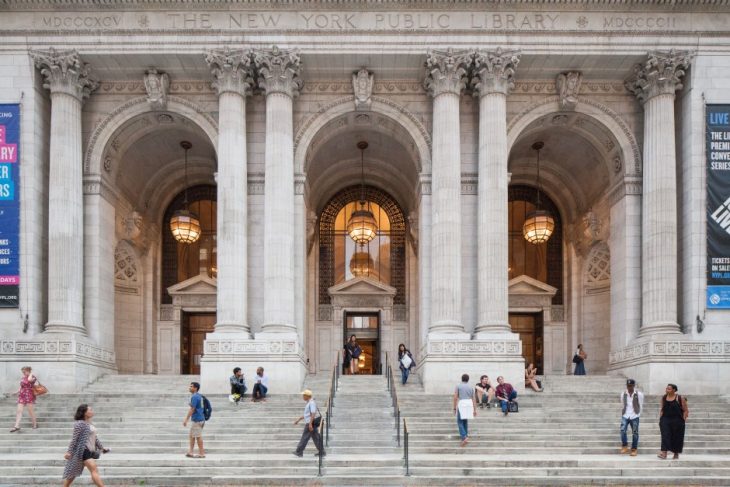 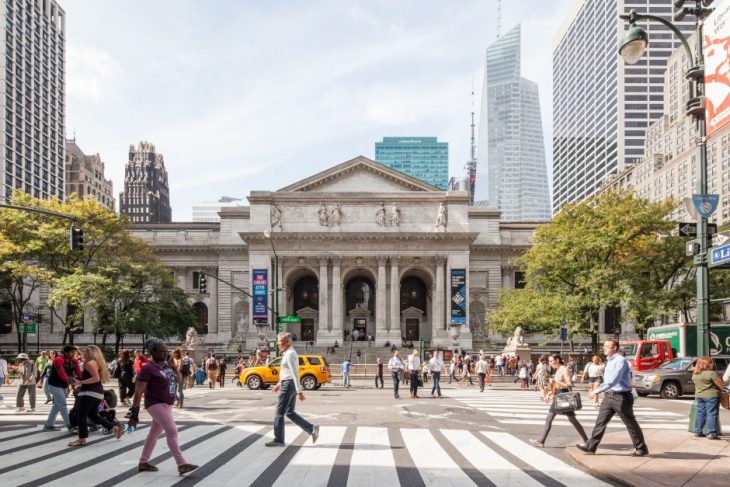 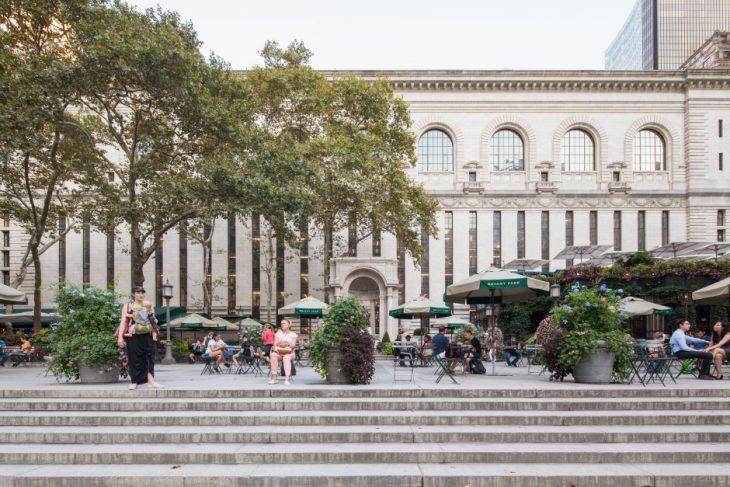 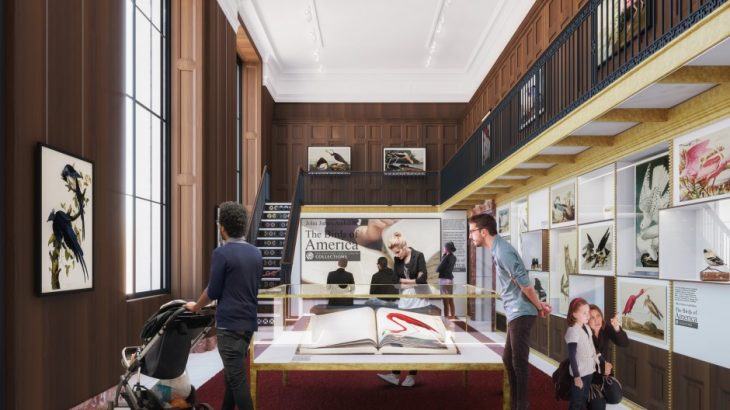 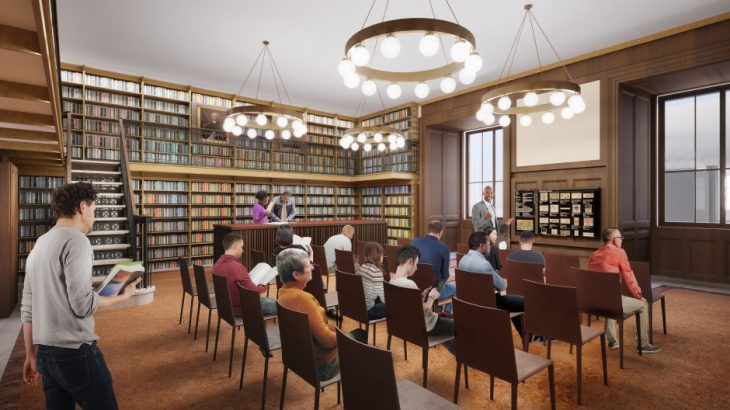 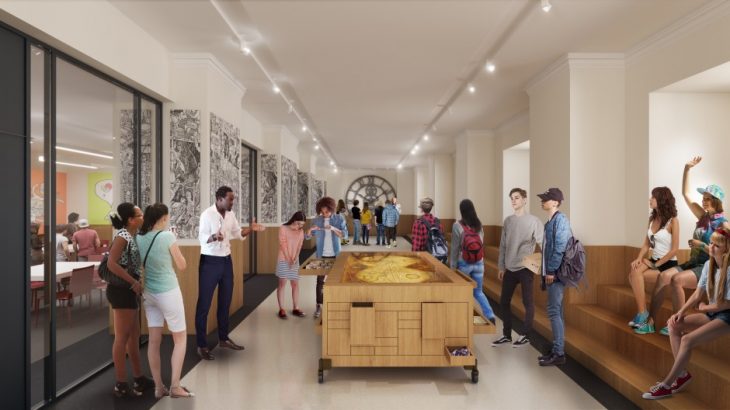 The Master Plan was developed by Dutch architecture firm and experts on library design Mecanoo, led by Francine Houben, and Beyer Blinder Belle, a New York City-based firm known for its work on historic buildings, led by Elizabeth Leber. Mecanoo and Beyer Blinder Belle are also leading the renovation of Mid-Manhattan Library, the Library’s largest circulating branch, located across Fifth Avenue. It is scheduled to reopen as the completely renovated Stavros Niarchos Foundation Library in early 2020.
“For over a century, the Schwarzman Building has been a beacon of open access to information and a tireless preservationist of the world’s knowledge,” said New York Public Library President Tony Marx. “We have a responsibility to preserve its architectural wonder and its role as an important civic space, while also preparing it for the future, and another century of best serving the public. We believe this plan does just that.”
The Stephen A. Schwarzman Building Master Plan calls for future investment beginning in 2018 and continuing through 2021. Work will be done in two phases utilizing private funds. Specific elements include:
• The transformation of former staff or storage spaces into public spaces for research, exhibitions, and educational programs
• The transformation of long-underutilized, historic spaces for research and programs, including the new Lenox and Astor Room
• A much-needed entrance on 40th Street with a plaza and new elevator bank to ease congestion throughout the building
• An improved patron experience with new bathrooms and improved and modernized infrastructure, including a café and expanded shop
• A new Center for Research and Learning that will introduce high school and university students to the array of collections and uses of the research library
• A new permanent but rotating exhibition of NYPL treasures in the library’s Gottesman Hall
“We have developed a Master Plan that inherently adheres to the logic of a Beaux-Arts building,” said Mecanoo’s Francine Houben. “Our changes are both subtle and clever—to direct the flow for different user groups, for example, or to improve the quality and function of currently underused spaces.”

These elements will prepare the library for the future while maintaining the building’s architectural integrity and complementing existing historic spaces such as the landmarked Rose Main Reading Room, the Maps, Periodicals, and Genealogy reading rooms, and Astor Hall.
“The Master Plan builds on the framework of this historic building and icon of New York City architecture,” said Beyer Blinder Belle’s Elizabeth Leber. “We are seeking to instill clarity and ease of circulation, and to support new uses and programs, while only enhancing its significant architectural features.”
Mecanoo and Beyer Blinder Belle developed the Master Plan utilizing feedback from a variety of stakeholders, including a Trustees working group, staff, researchers and scholars, and members of the public via meetings, surveys, and smaller group discussions.
A public presentation on the master plan will be held on Monday, November 20 at 5 PM in the Schwarzman Building’s Celeste Auditorium.
While the Master Plan does not include a definitive plan for the central stacks—seven floors of shelving built with the library in 1911—the Library also announced at the Board meeting that it has commissioned Mecanoo and Beyer Blinder Belle to do a study examining possibilities for the 175,000-square-foot space.
The stacks are currently housing circulating books while Mid-Manhattan Library is closed for renovation, but are no longer fit to hold research materials as originally intended for preservation reasons: the space lets in natural light and does not meet acceptable standards for temperature, humidity, and fire safety.
The purpose of the study is to evaluate the current state of the stacks, and then—with input from a broad range of stakeholders, including staff, architects, and a group of non-Library advisors and planners—to identify a series of potential options for the space. Once those possible scenarios are identified, the public will have the opportunity to provide feedback.
William Kelly, the Library’s Andrew W. Mellon Director of the Research Libraries said, “The Library, through this study, plans to evaluate as many options as possible, with the primary goal of best serving the researchers who rely on this great institution now and in the future.”
All of this work is a continuation of a series of improvements and investments that the Library has already undertaken at the Schwarzman Building since 2006. Approximately $144 million in funding has been invested in the building for projects including:
• The build-out of a second level of state-of-the-art underground storage for research materials (the Milstein Research Stacks), and the barcoding of all research materials that had been located in the central stacks
• The restoration of two historic fountains on the plaza
• The restoration of the Rose Main Reading Room ceilings and the Bill Blass Public Catalog Room ceiling and murals. Both of these spaces were landmarked this year.
• A new, modern, more efficient book delivery system to bring materials from underground storage to the Rose Main Reading Room
• Essential infrastructure improvements, such as a new fire alarm system 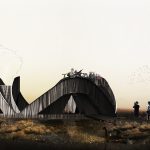