The french agency of architecture PCA-STREAM (Philippe Chiambaretta) has presented their design for The Link, future highest tower of La Défense in Paris. The Link will present a new image for the business district of Paris as well as serve as a new landmark of the city.

“Users will have the opportunity to enter the tower directly on the ground level after walking along a low speed limit, planted boulevard, which will give ample room to bicycles with its wide sidewalks. This openness will generate a mixed-use situation including office spaces, retail, and leisure that will make The Link a social hub as much as a business hub” – from Éric Donnet, chief executive officer of Groupama Immobilier.

The tower scheduled to finalize in 2021, the same year that the extension of the RER E commuter rail service is scheduled for completion, placing La Défense only 15 minutes away from the center of Paris. Shortly after, the Grand Paris Express rapid transit line will put it just 30 minutes away from Roissy-Charles de Gaulle and Orly airports, the tower is also located next to M1 metro. The Link is to present a new reunion of the business district with the city of Paris.

“The towers we have in La Défense are basically stacks of office floors with an average surface of 1,800 sqm, in which employees are isolated in small groups of 150 people. Access to the natural light is uneven, outdoor spaces are non-existent, and common spaces in which to work together are very limited. The traditional office tower does not address the new paradigm of work spaces, namely as places that foster cohesion, a sense of togetherness, and collective intelligence all the while providing comfortable conditions to all its users. This can create a sense of isolation and anonymity among employees who can often only meet up at the foot of their tower”. – from Philippe Chiambaretta, founder of PCA-STREAM.

See more of this impressive project below: 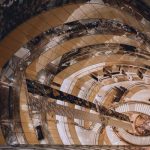 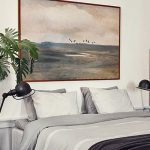