Karim Nader Studio was shortlisted as a finalist in the competition for the new Hayy:Cinema competition in Jeddah. The project is an homage to the art of moving image for the first independent picture house in Saudi Arabia. Discover more after the jump. 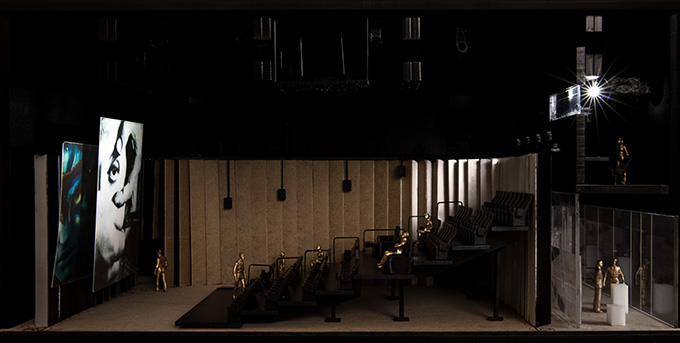 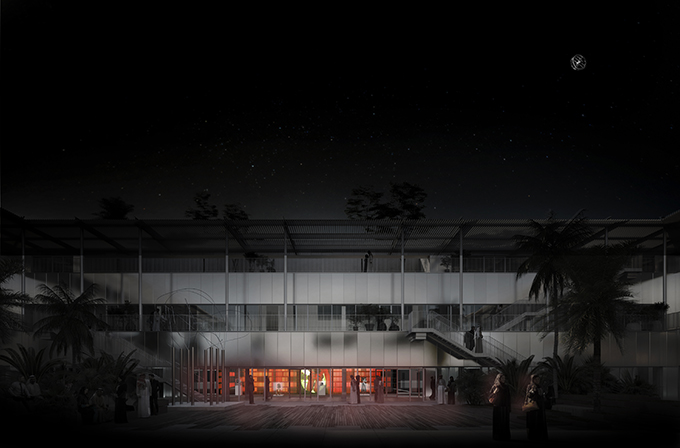 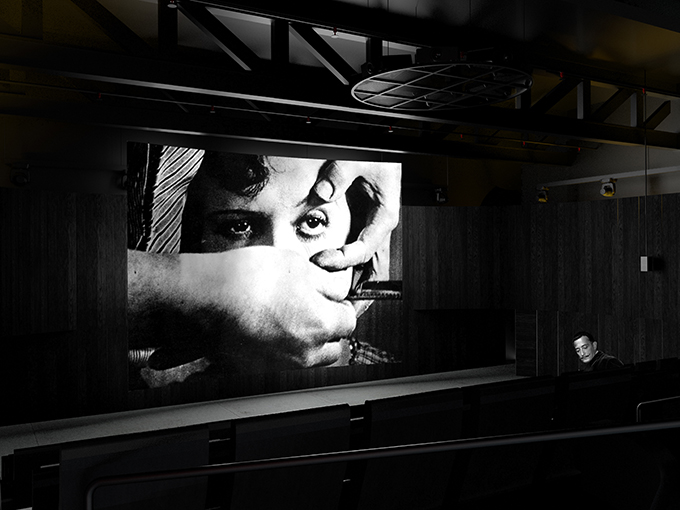 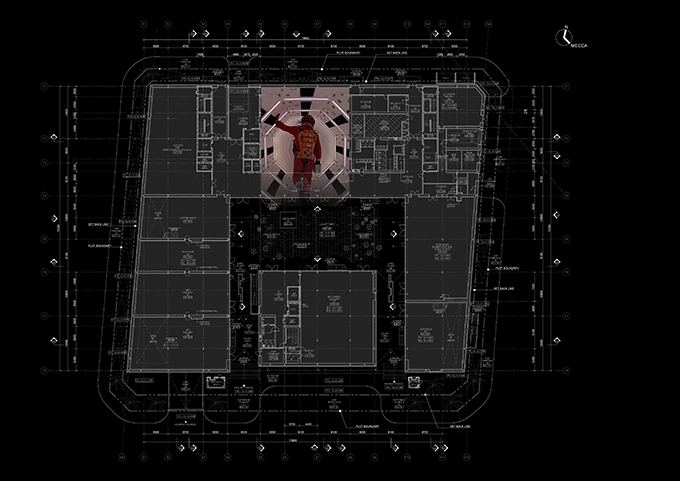 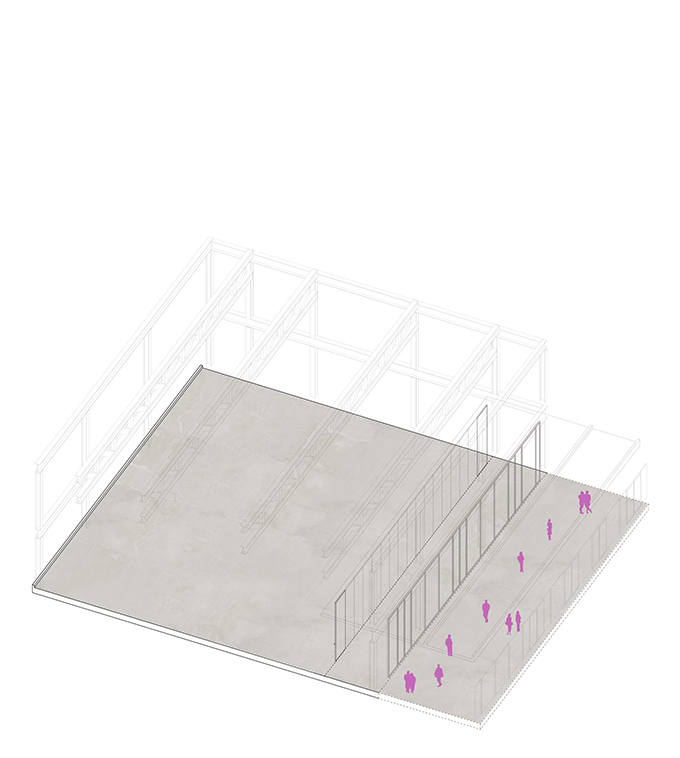 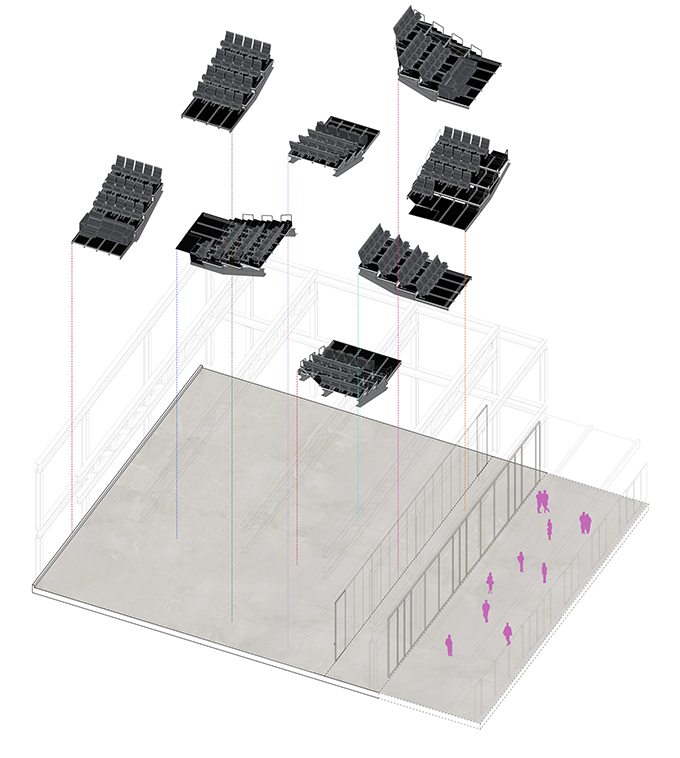 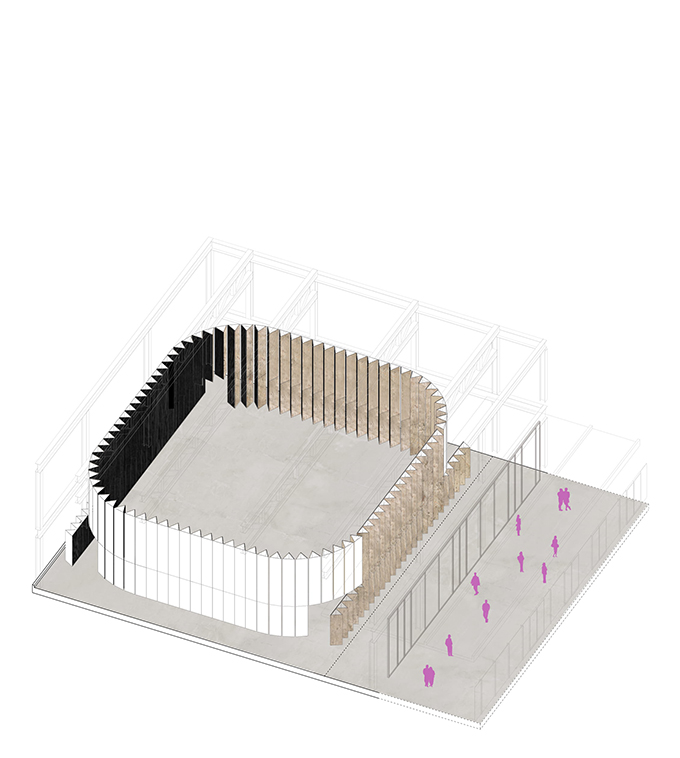 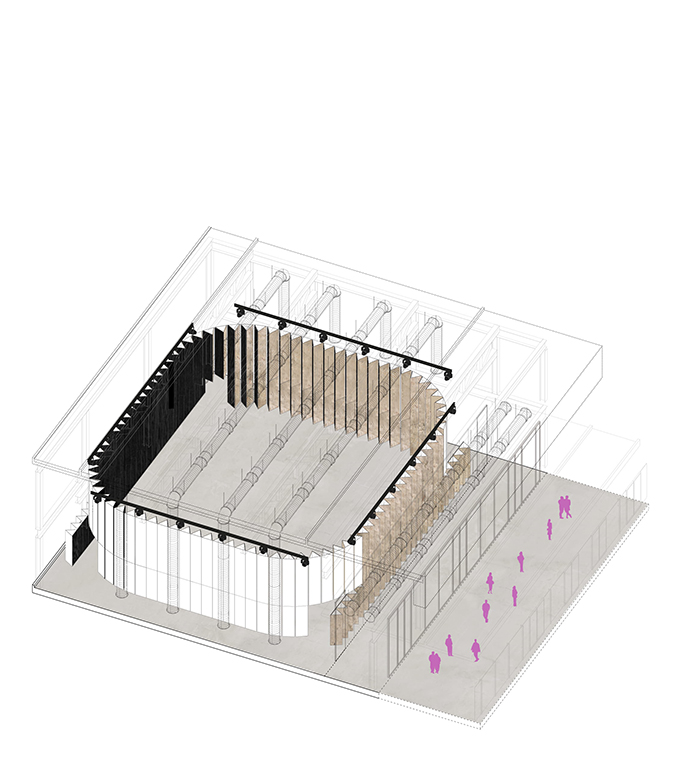 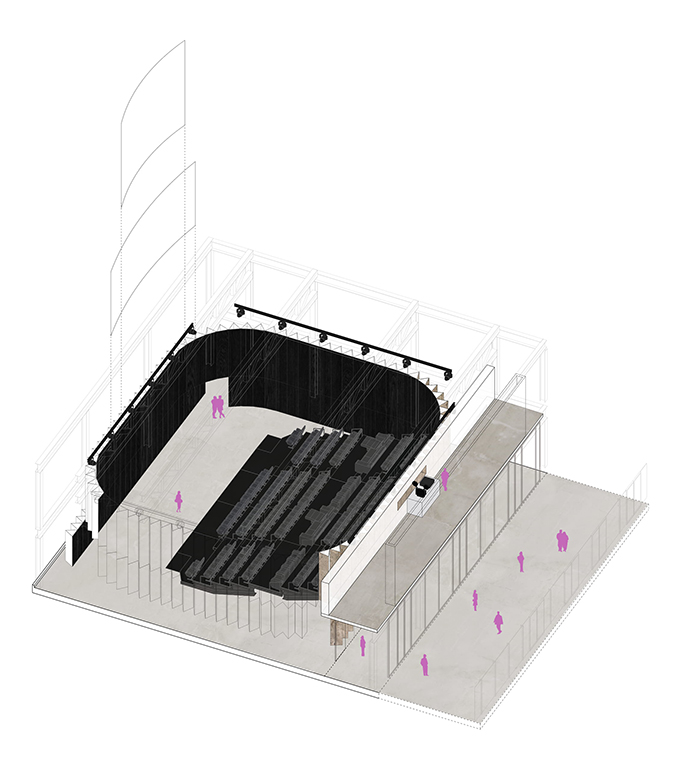 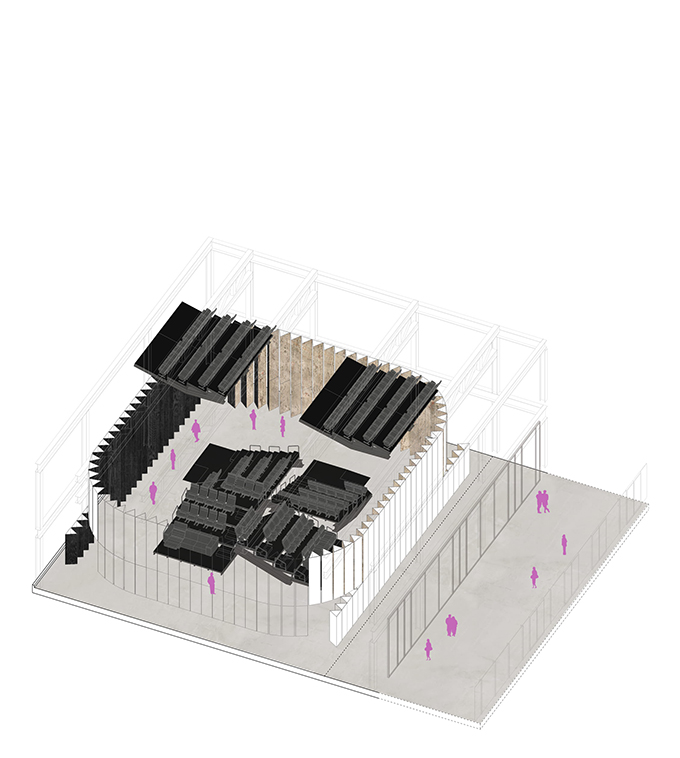 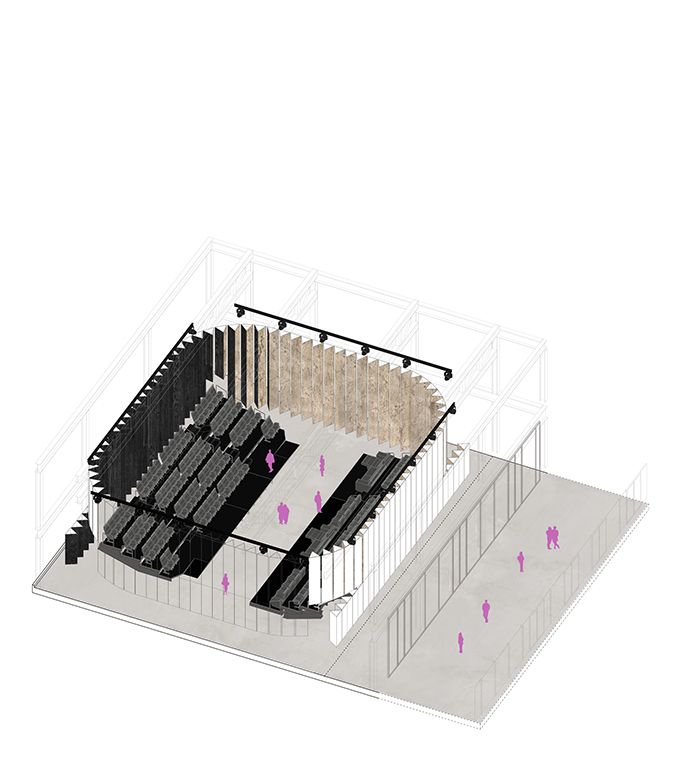 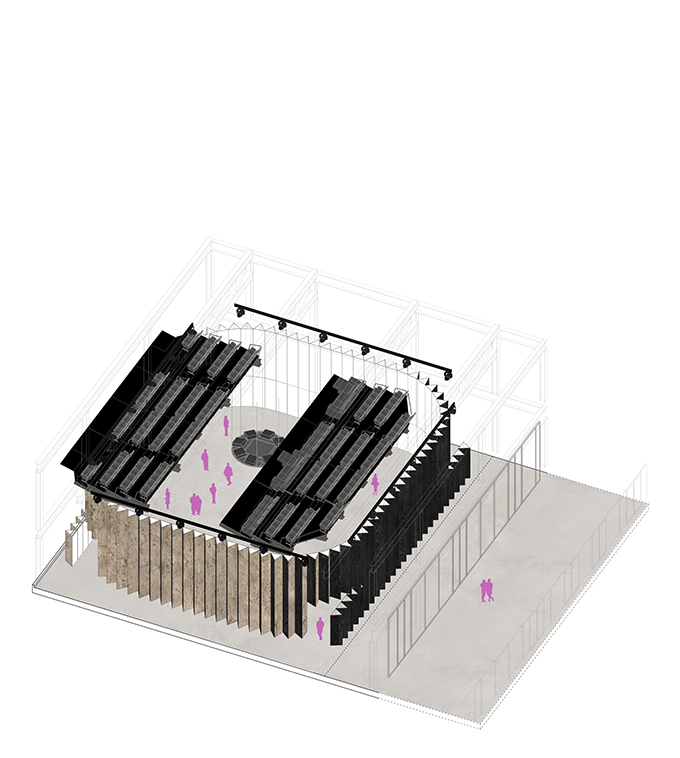 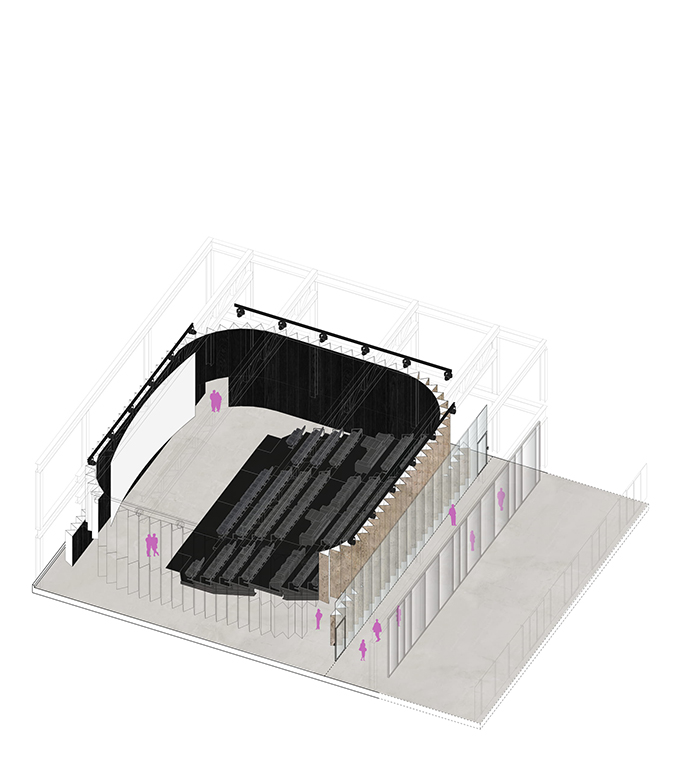 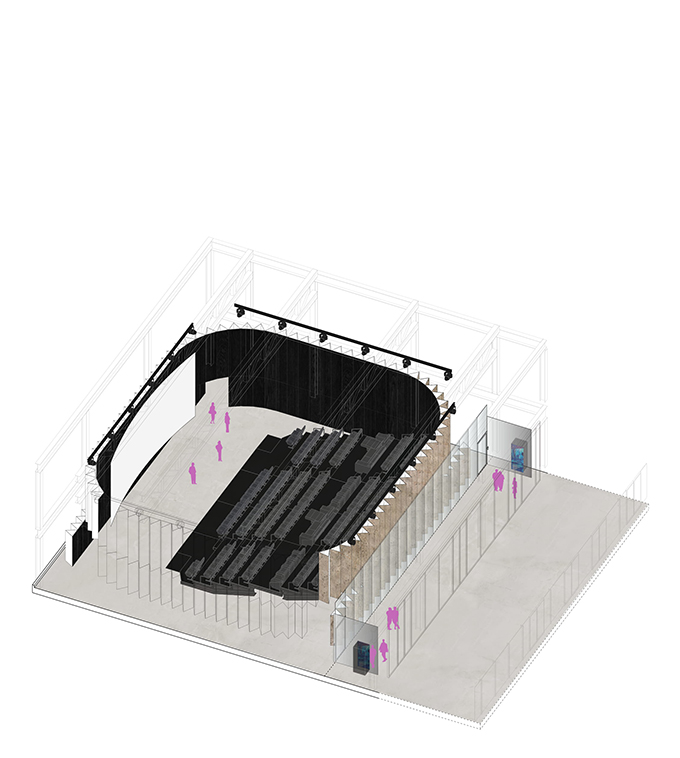 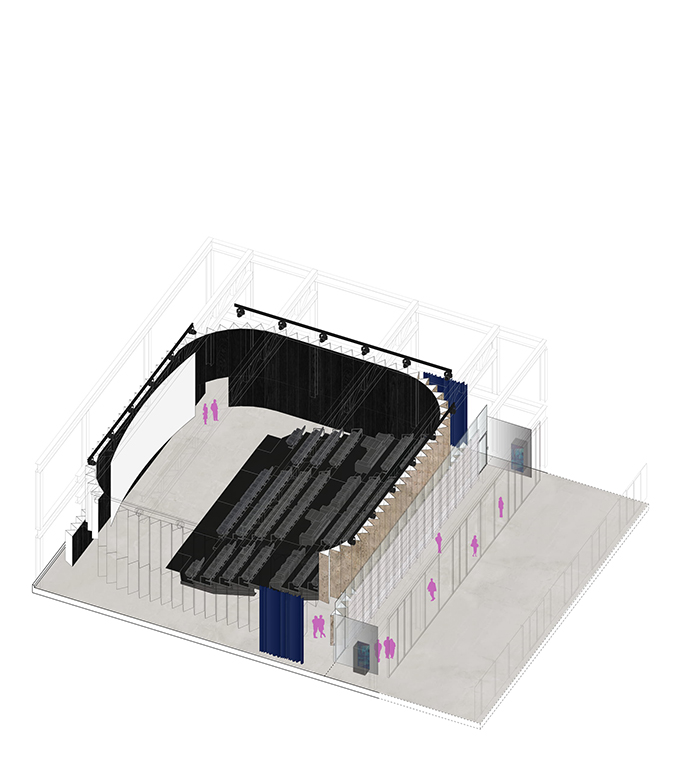 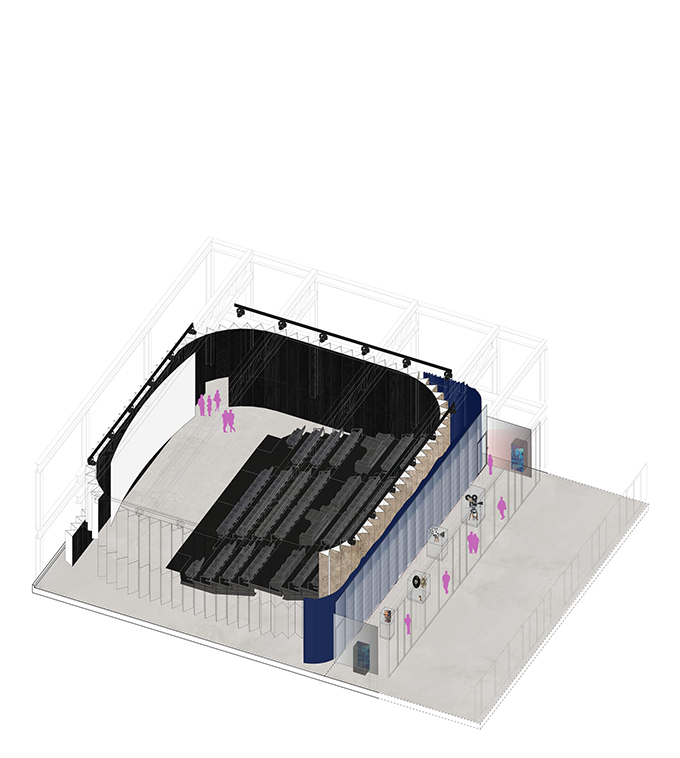 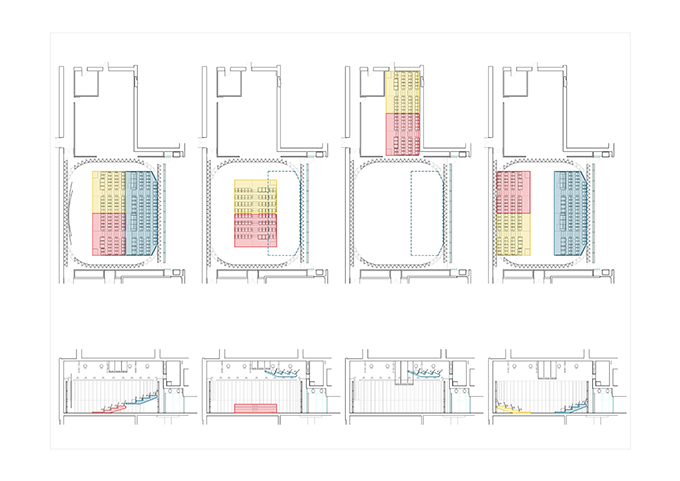 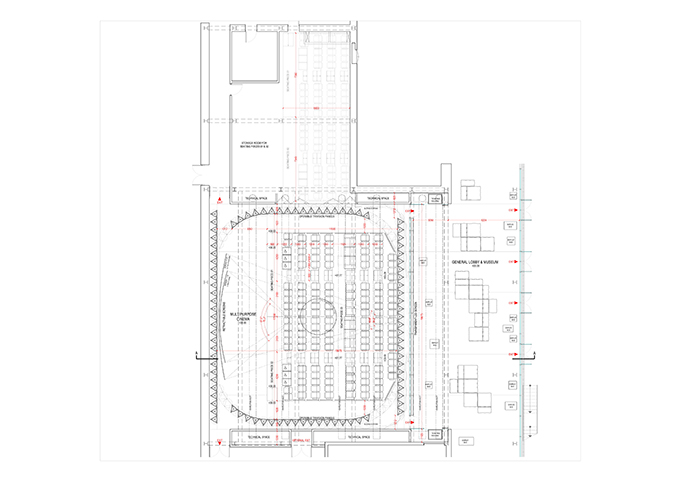 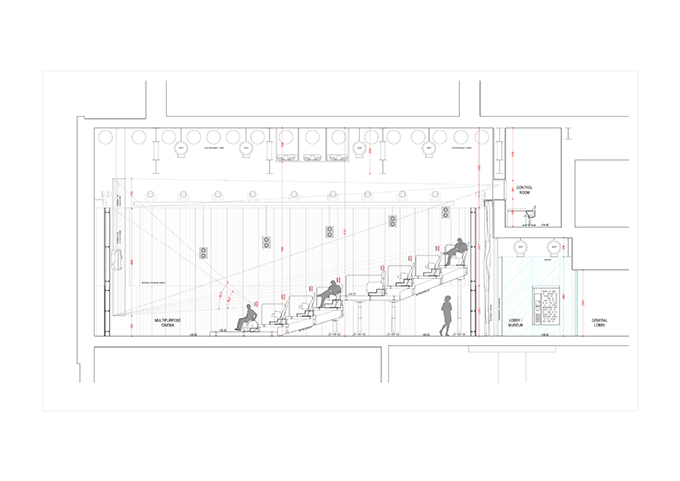 From the architects: Commitment to innovation and a profound sense of history lay behind a simple and powerful design solution in the project elaborated by Karim Nader Studio, which gives rise to a programmatic, conceptual and spatial redefinition of the notion of a film theatre.

By reinterpreting into architecture the technological evolution of the art of moving image and its latest evolutions, Karim Nader (Karim Nader Studio) designed a dark room of total versatility in the competition for the first independent cinema in Saudi Arabia, the Hayy:Cinema in Jeddah, a project by Art Jameel, an independent organization that supports arts, education and heritage in the Middle East and beyond. The cinema will be at the core of the new 17,000 sqm. Hayy:Creative Hub, the first bespoke home for the creative industries in Jeddah, whose overall conception has been commissioned to ibda design and scheduled to be completed in 2020.

Karim Nader Studio has been experimenting with the theme of cinema design for a long time, looking for new configurations that enhance its spectacular capacity and revive the social practices associated with it. This was the case for the BCD Cineplex proposal, conceived as a vibrant, interactive, and immersive world to delve in. And this is the case for Centroplex, currently under construction in Beirut and scheduled to be completed in the next months. In these projects, as in the competition proposal for Art Jameel, Karim Nader Studio has taken the opportunity to extend the reflection on the construction of spaces that are capable of entering in dialogue with the fictive cinematic image.

Facing the courtyard of the Hayy:Creative Hub in Jeddah, the cinema designed by Karim Nader is the pulse of the creative complex. For Camera Obscura -as the Lebanese architect named his project- he conceived a highly flexible architecture to create a one-of-a-kind experience for the audience. The perimeter of the screening theatre is provided with a state-of-art trivision wall system that, through rotating modules, allows to completely transform the space and one’s perception. Thanks also to a movable seating system, the picture house expands the classic notion of the movie theatre into an amphitheater, a catwalk or a place for immersive experiences such as experimental holographic cinema, 3D mapping and installation art.

125 years after the first groundbreaking screenings by Lumière Brothers in 1895 Paris, Karim Nader is able to provoke the awe and the surprise of the audience, creating a collective experience of cinema, in all its facets, thus honoring the organization’s request to design a space able to reflect their aim to foster the role of the arts in building open and connected communities.

The transformative architecture achieved through the use of the trivision wall solution allows the Hayy:Cinema to host all kinds of events. The perimeter of the room is controlled by triangular modules made of carbonized wood of Japanese Shou Sugi Ban for maximum darkness, local coral stone to enhance the elegance of the space in case of events, and projection fabric to transform walls into moving images, for immersive experiences in cinema. Inspired from the three colors of the traditional architecture in Jeddah, the triangular modules are fully operable allowing for either one of the three moods or any combination of the three, either as one smooth surface or rotated to its edge.

“With Camera Obscura I wanted to bring the evolving dynamics of the moving image into the architecture of the cinema theater, allowing for various seating configurations, frontal as in the classical cinema, but also central, peripheral or without any seats at all.”
– Karim Nader

The seating system, ranging from full recliners to couches to regular seats, also designed by Karim Nader, is configured on lightweight movable steel modules, that can be laid out in multiple compositions and even completely raised under the ceiling. Combined with the transformative walls, this highly flexible solution allows from the classical cinema equipped with a 35 mm projector, to concerts and holographic cinema, in which all seats are laid out on the periphery of the room. The catwalk configuration, then, allows for circulation around the room requested in events such as fashion shows. When all the seats are raised to the ceiling, the perimetry of the room turns into a 360° degrees screen of 265 sqm, allowing to 3D map images from the floor to 5.6 m height, 60 m perimeter.

The lobby, separated from the cinema theater by a glass partition allowing for controlled transparency, is a tribute to the history of cinema, becoming a museum of objects where phénakisticope and cutting edge virtual reality devices can be freely juxtaposed. Surmounted by a giant transparent LED screen on full height projecting cinematic images of all periods, the lobby reveals in its transparency the mechanisms of Camera Obscura within.

A lesson in cinema history and a museum of the technical and artistic evolutions of the moving image art, Camera Obscura combines the interest of Karim Nader, one of the most prominent figures in Lebanese architecture, whose research insists on the enhancement of the memories of place and a lively proactivity. 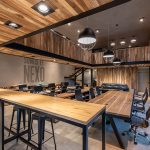 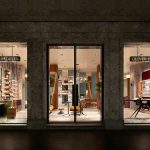