The Abyss Table is the coffee table which comes from drawing board of the designer Christopher Duffy and his practice Duffy London. The Abyss Table is hand made to order in London from sustainable materials, and limited to an edition of 25. For more continue after the jump: Like all of Duffy’s designs, the Abyss Table is a conversation piece as much as a functional one. But while previous works play with gravity, this new design is concerned with depth, and creates a geological cross-section as mesmerising as the sea.

The design team spent a year developing the table in their London studio, experimenting with sculpted glass, Perspex and wood, arranged like a 3-D representation of a geological map, until they re-created something of the mesmeric abyss that had first captured Duffy’s imagination. 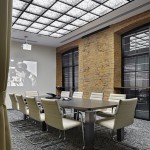 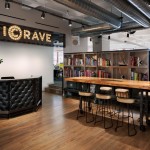