New York-based architecture firm Weiss/Manfredi have designed their first performing arts venue located in Dallas, Texas. The Marshall Family Performing Arts Center includes a 600-seat proscenium theater, a 150-seat studio theater; a dance and recital hall; a green room, dressing rooms and a costume shop; a video and film production classroom; and a lobby, gallery, and outdoor plaza. Take a look at the complete story below. The Marshall Family Performing Arts Center is the focus of the performing arts at the Greenhill School. The design establishes a dialogue between building and campus: the building’s configuration creates a sequence of spaces that shape an outdoor courtyard and frame views out to the existing campus. The courtyard is animated by a double-height lobby. Designed to be an ascending gallery of collaborative spaces, the lobby connects all the performance venues and creates a destination for informal performances and spontaneous interactions. The performance spaces occupy two levels of the building and include a 600-seat proscenium theater, a state-of-the-art studio theater, a dance rehearsal and choral space, a film/video lab, and extensive theater support space. The multi-purpose proscenium theater includes a fly loft, the studio theater seats 150, the dance and choral rehearsal studio seats 80, and the film and video production lab extends the performing arts into new digital territories. Learning environments include theater spaces as well as in classrooms, dressing rooms, a costume shop, and a scene shop.

The dramatic profile of the building emerges from the topography of the site and continuously ascends to reach the fly tower for the theater. The exterior brick collaborates chromatically with the materials of the campus. Illuminated soffits and overhangs provide shade and support outdoor teaching. Together these elements shape and give measure to the Performing Arts Center’s commitment to advance teaching, performance, and production across the boundaries of individual performing arts disciplines. 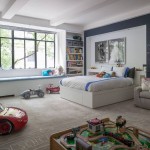 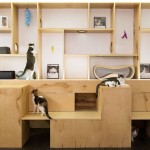