Comcast Corporation and Liberty Property Trust announced they will jointly develop with help of Foster + Partners architects, the “Comcast Innovation and Technology Center” on the 1800 block of Arch Street in Center City Philadelphia. The proposed $1.2 billion 59-story, 1,121-foot tower will neighbor Comcast Center, Comcast Corporation’s global headquarters, and become a dedicated home for the company’s growing workforce of technologists, engineers, and software architects. The facility will also create a media center in the heart of the City by becoming home to the operations of local broadcast television stations NBC 10/WCAU and Telemundo 62/WWSI and offer space for local technology startups.

Designed by world-renowned architect Lord Norman Foster of Foster + Partners, the glass and stainless steel tower will complement Comcast Center as a new energetic dimension to Center City. The 1.517 million rentable square foot project will include a new Four Seasons hotel and a soaring, block-long lobby with a glass- enclosed indoor plaza accompaniment to Comcast Center’s existing, dynamic outdoor plaza. The lobby will feature a restaurant and a new concourse will provide direct connections with SEPTA’s Suburban Station, enhancing accessibility and providing new options for commuters. The $1.2 billion mixed-use tower is expected to be the tallest building in the United States outside of New York and Chicago and will be the largest private development project in the history of Pennsylvania.
"This is yet another historic moment for Comcast," said Brian L. Roberts, Chairman and CEO, Comcast Corporation. “We continue to be proud to call Philadelphia our home, and are thrilled to build a world-class media, technology and innovation center right in the heart of the City, to bring NBC 10 and Telemundo 62 downtown, and to create thousands of jobs and further drive economic activity in the region. We have assembled an incredible design and development team to expand our vertical campus, and I am more excited than ever about the future of Comcast in Philadelphia."
Liberty Property Trust Chairman and CEO William P. Hankowsky said, "Liberty is thrilled to again have the opportunity to develop a transformative project for the city of Philadelphia, a project that will significantly contribute to the continuing renaissance of Center City as a forward-looking yet uniquely livable urban environment."
Lord Norman Foster commented, "This is a very special project. It is an opportunity to create a unique and sustainable model for mixed-use, high density development, which uniquely combines spaces for high tech research and development with restaurants, gardens, fitness facilities and a significant public reception space – a window on Philadelphia. At ground level this ‘urban room’ embraces the city; it opens the building to the public and anchors it as a vital new neighborhood. It also links directly into the below ground public transport system. Above this, the highly flexible loft-like spaces and studios are designed for a dynamic way of working – an engine for the city’s evolution as the kind of leading technology hub presently associated with Silicon Valley. We look forward to continuing our collaboration with Comcast and Liberty Property Trust to further develop an outstanding location and a new landmark on the Philadelphia skyline."
In addition to office space, the Comcast Innovation and Technology Center will house a Four Seasons hotel, featuring more than 200 rooms. The luxury hotel will include world-class spa, fitness, event and meeting facilities as well as an exciting new restaurant located on the top floor of the building, offering spectacular 360 degree city views. "Four Seasons has called Philadelphia home for more than 30 years," said Scott Woroch, Executive Vice President Worldwide Development, Four Seasons Hotels and Resorts. "During this time we have set the standard for luxury hospitality in the city and become an integral part of the community. Today, Philadelphia is experiencing renewed growth and popularity. We are proud to be a part of one of the largest, most exciting new developments in the region and reaffirm our long-standing commitment to this great city."
Four Seasons will continue to manage its existing hotel at 1 Logan Square and assist the owner with the transition to a new brand prior to the expected opening of the new hotel in 2017.
The Comcast Innovation and Technology Center will generate a staggering amount of upfront economic activity during the project’s construction period alone, including $2.75 billion in economic activity within the Commonwealth and the creation of more than 20,000 temporary jobs. The estimated direct and indirect ongoing impact of the Comcast Innovation and Technology Center is also remarkable, creating almost 4,000 new permanent jobs within the Commonwealth and 2,800 new permanent jobs within the City. The project will also produce $30.7 million in annual Commonwealth tax revenues and $21.5 million in annual City tax revenues. **
Comcast and Liberty Property Trust will establish Economic Opportunity Plans to demonstrate the companies’ commitment to diversity and to ensure the participation of minority contractors during the construction of the Comcast Innovation and Technology Center.
"Comcast's announcement is another chapter in Pennsylvania's transformation. Our economy is growing, job creators from small businesses to Fortune 500 companies are thriving and our citizens are going back to work,” said Pennsylvania Governor Tom Corbett. “I'm excited that our partnership with Comcast will not only revitalize and transform Philadelphia's downtown areas, but will also create at least 1,500 new family-sustaining jobs. Comcast is not alone in believing in our workforce and in Pennsylvania's very bright future."
"This new building is a game-changer for Comcast and for Philadelphia,” said Mayor Michael A. Nutter. “A world-class building, designed by a world-class architect, built by a world-class developer for a world-class company, all happening in the world-class city of Philadelphia. This building will serve as yet another physical monument to the transformation of this city, home to global companies, transformative technologies, standard- setting buildings, and some of the most talented entrepreneurs in the United States. Congratulations to all involved in this project. We are very proud that Comcast calls Philadelphia home."
"The arrival of the Comcast Innovation and Technology Center makes it perfectly clear that Philadelphia is a premiere U.S. hub of innovation, technology, creativity and productivity,” Council President Darrell L. Clarke said. “This announcement isn’t just about boosting economic activity in our City – it is proof that Philadelphia’s greatest assets are its people. The jobs and opportunities the Center will provide will not only retain and attract top talent in media, technology and commerce, but will feed the private-public partnerships that ensure future generations are educated and trained to run innovative companies such as Comcast. I thank all the partners involved for their diligence and collaboration on what will certainly be an amazing asset to Philadelphia and the Commonwealth of Pennsylvania." Construction of the Comcast Innovation and Technology Center will commence in the summer of 2014, and the building is expected to be complete in the fall of 2017. It will seek LEED Platinum certification. Comcast will execute an initial lease for at least 957,000 square feet, or approximately 75 percent of the rentable office space, for a term of 20 years. The project will be owned by a joint venture, 80 percent owned by Comcast and 20 percent by Liberty Property Trust, and managed by Liberty. The project includes an approximately $1.2 billion private investment of which approximately $900 million will be funded by the joint venture and approximately $300 million will be tenant funded interior improvements. Comcast Corporation and Liberty Property Trust held an international competition of some of the most renowned architects around the world and selected Lord Norman Foster of Foster + Partners. 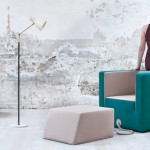 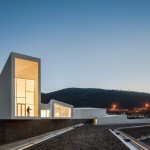