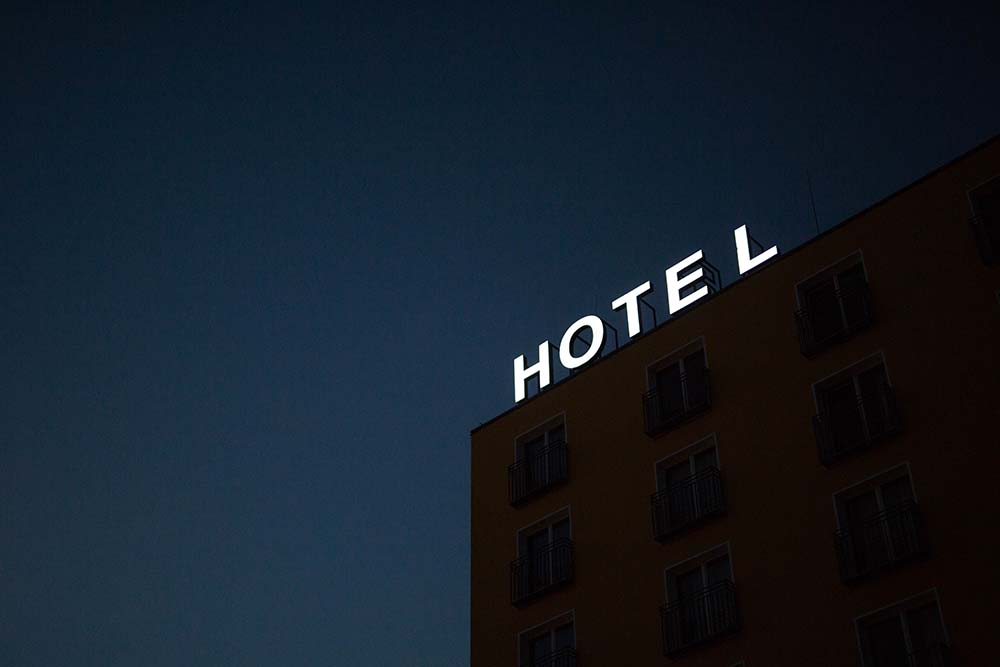 Today, hotel brands and hospitality business owners are banking on exceptional design and personal service to keep travelers from sniffing out temporary airbnb paradises. Check out the year’s most amazing hotels and let yourself dream of beautiful travel experiences. in 2023.

Shim-Sutcliffe Architects created the first Ace Hotel in Canada. It is close to Queen Street West, a former industrial district that is today a hive of cultural activity. The building was created by architects who were mindful of the neighborhood’s history and future. The 123-room Ace Hotel Toronto has a lobby with enormous concrete arches and a red brick façade. The majority of the unique artwork in the rooms and public spaces is created by Canadian artists, along with a three-story artwork by Howard Sutcliffe, co-founder of Shim-Sutcliffe.

The Lana is the first hotel from the Dorchester Collection in the region. It is situated in the Burj Khalifa neighborhood of Dubai, next to the Marasi Pier. Foster + Partners created the 30-story hotel architecture, and Dorothea Boissier and Patrick Gilles of Paris created the stunning interiors. The 225 rooms all have floor-to-ceiling windows with breathtaking views. However, the rooftop terrace with a pool, which transforms into an entertaining lounge after the sun goes down, offers the most breathtaking view. Your vacation in Dubai will become more exclusive thanks to luxury car rental. Many visitors and residents prefer convertible cars for rent in Dubai both for going out and for regular trips around the city. You can rent a car differently every time – so you get more vivid impressions and diversify the driving experience. Hiring a car is always more profitable than buying and maintaining one. Often hotels provide their own transport, however, you should not deprive yourself of the opportunity to extend the impression of a unique hotel with an equally unique rental car. 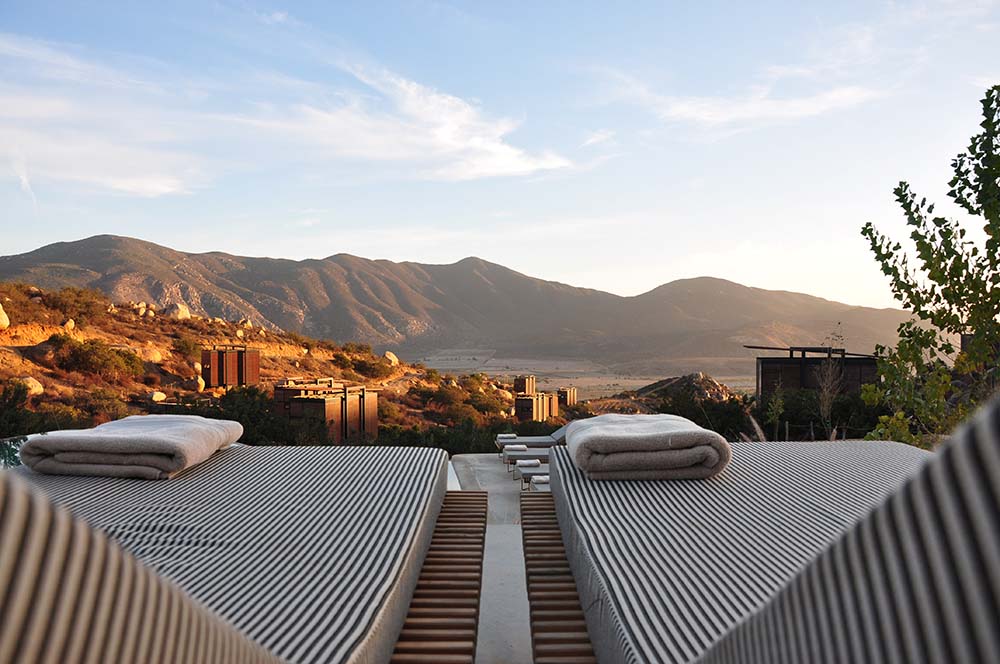 Mexican architecture firm RootStudio built this 27-room hotel in Oaxaca with no plans. Literally. The building, located on a steep slope, was built as a “residential sculpture”, so most of the details of the project were worked out on site. The result was a building organized around a courtyard filled with vegetation. Visitors enter from the upper level and descend to the rooms and common areas of the hotel.

This boutique hotel is located on a hilltop on the main island of the Chilean archipelago. For guests, there is a panoramic dining area, an ocean-view lounge and an underground spa. Studio Mobil Arquitectos designed the hotel with three levels, each of which is associated with the landscape outside the window – the first floor offers a beautiful view, the second is finished with wooden tiles, and the third resembles stone caves. The upper part of the building is lined with wooden tiles in the spirit of local temples.

The renovated design hotel with 258 rooms occupies 9 floors of one of the tallest buildings in the city. Built in 1957, the “Madrid Tower” was originally designed for offices, apartments, a cinema and a hotel. The 36-storey skyscraper was the tallest building in Western Europe for ten years, but even after losing its championship, it retained the status of one of the symbols of the new Madrid. The five-star hotel in the Tower on the Plaza de España has completely renovated its interiors by 2017. Their design was handled by Jaime Hayon, a world-famous designer with a recognizable style. Born and raised in Madrid, Aion’s portfolio includes boutique design in Geneva, New York, Tokyo, but he rarely works in his hometown. Therefore, the proposal of the Hotel Barcelo Group was accepted with enthusiasm. According to the designer, his concept was to create “a unique space that would embody a new vision of Spain, far from traditional aesthetics.”

Chinese studio More Design Office (MDO) has restored six traditional rammed-earth houses to create a modern hotel in Zhejiang province. The rooms have new windows, partitions and furniture that create a contrast with the rough earthen walls, as well as the original doors and window shutters.

The pride of At Six is the strongest collection of contemporary art curated by Sune Nordgren. Artwork by Olafur Eliasson, Julian Opie, Saul Levitt, Richard Long, Spencer Finch, Tasita Dean, Marika Van Warmerdam, Christina Matusz, as well as photographs by Bjorn Davidsson found their place in the renovated rooms and public areas. In the wine bar, you can see a unique table carved from a whole elm trunk by the Swedish artist Lis-Marie Hoffmann. The building was built as a hotel, but for many years it was occupied by the headquarters of a large bank. London architects from Universal Design Studio needed to create a modern hotel – a new point of attraction for tourists and fashionable public. The already tall building was increased by three floors: the hotel has 343 rooms of different classes, a penthouse with a terrace and windows on three sides at once. 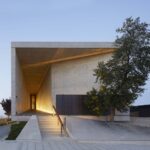 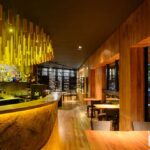