Zaha Hadid Architects designed the Generali Tower, that is within the CityLife masterplan that has redeveloped the abandoned trade fair grounds in Milan, Italy,following the fair’s relocation to Rho Pero in 2005. Take a look at the complete story after the jump. 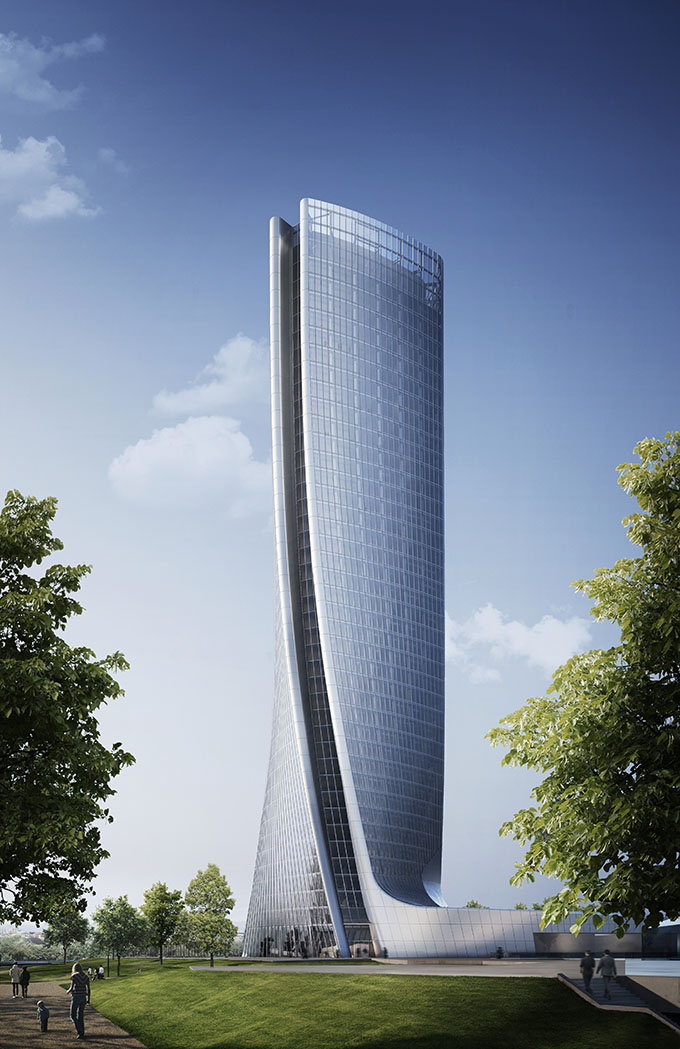 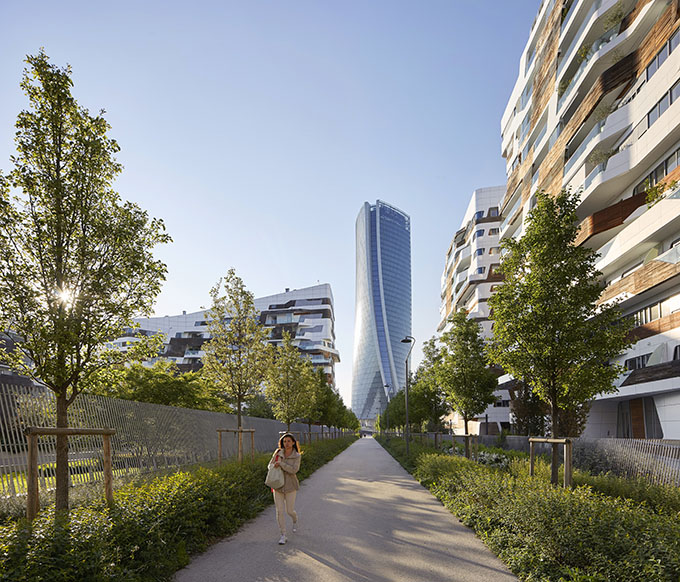 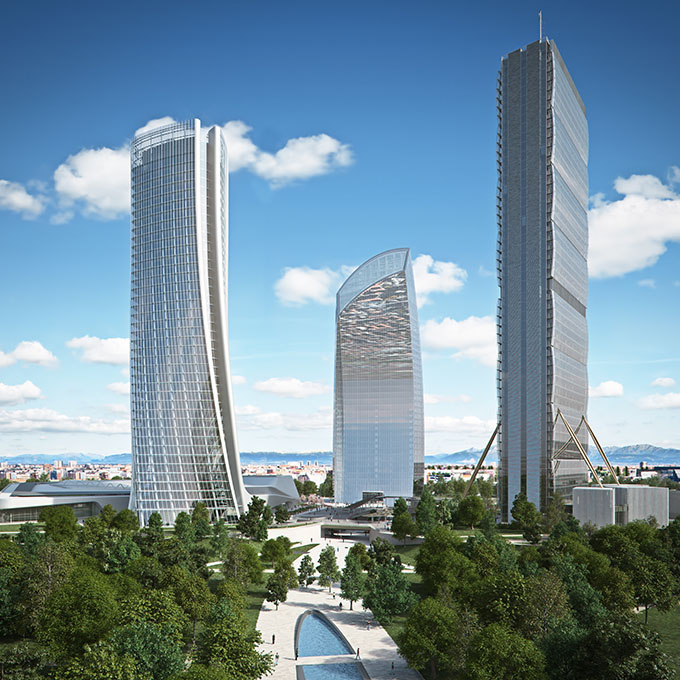 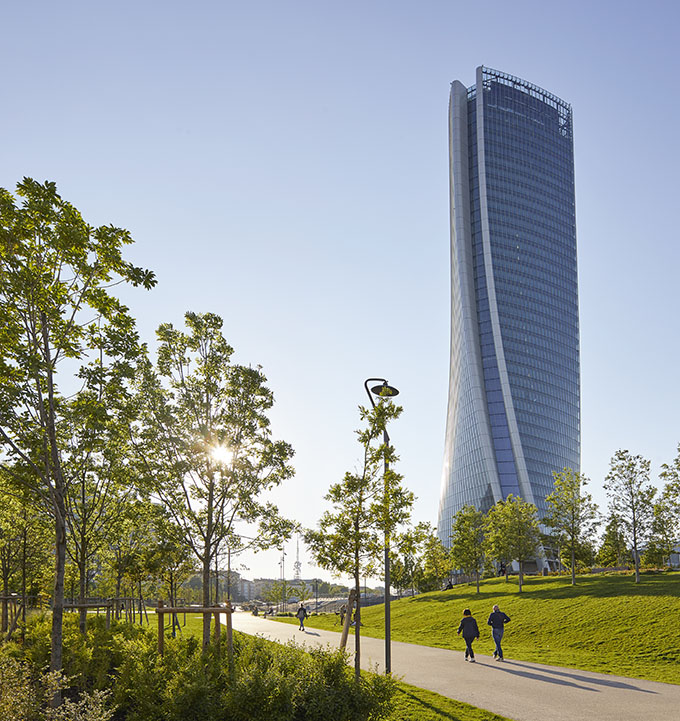 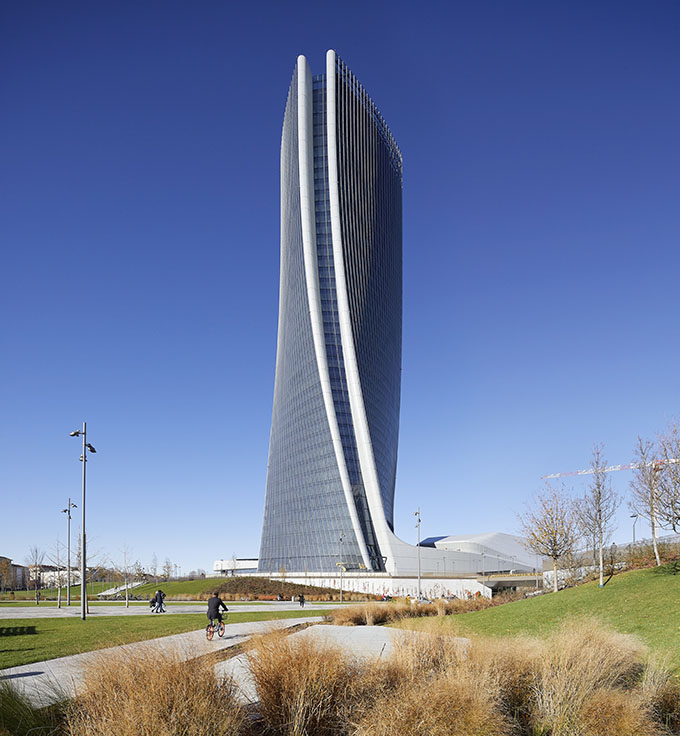 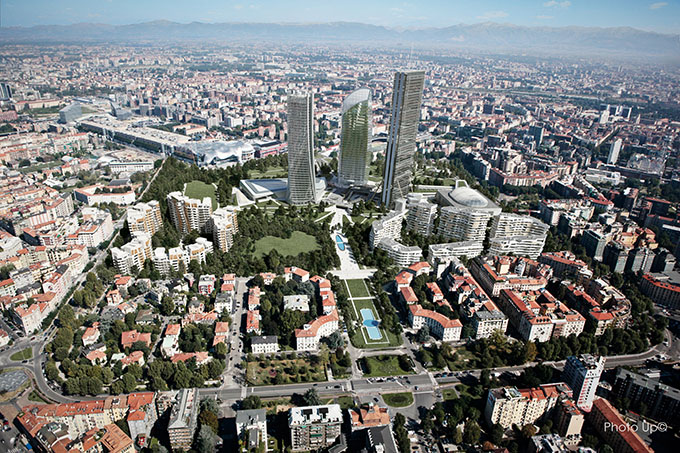 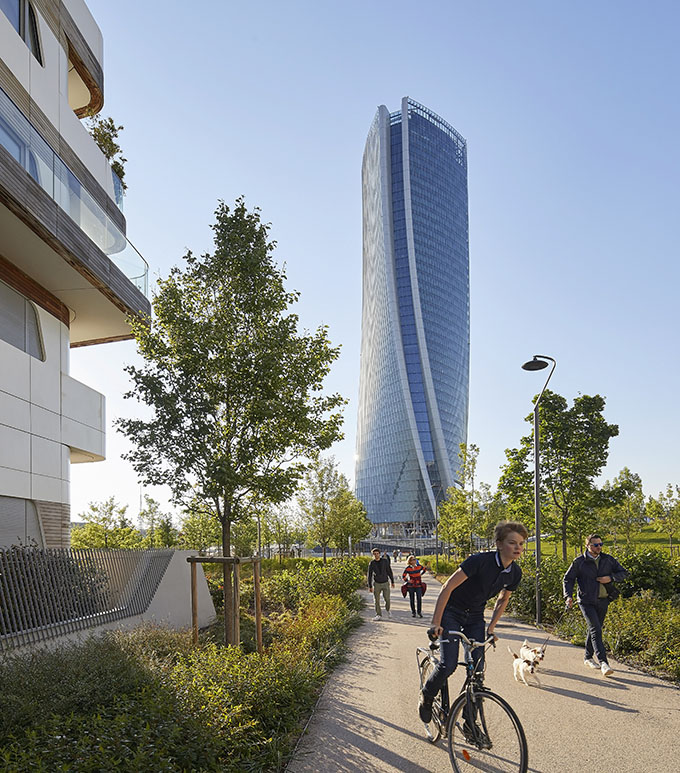 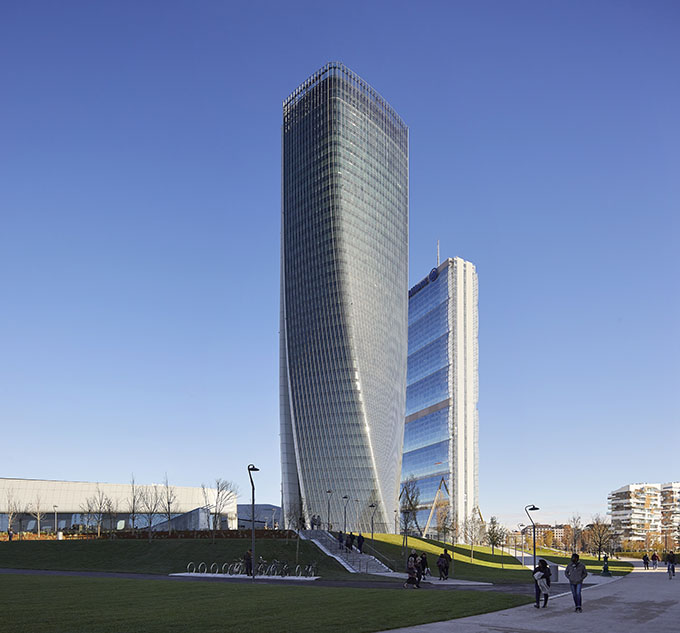 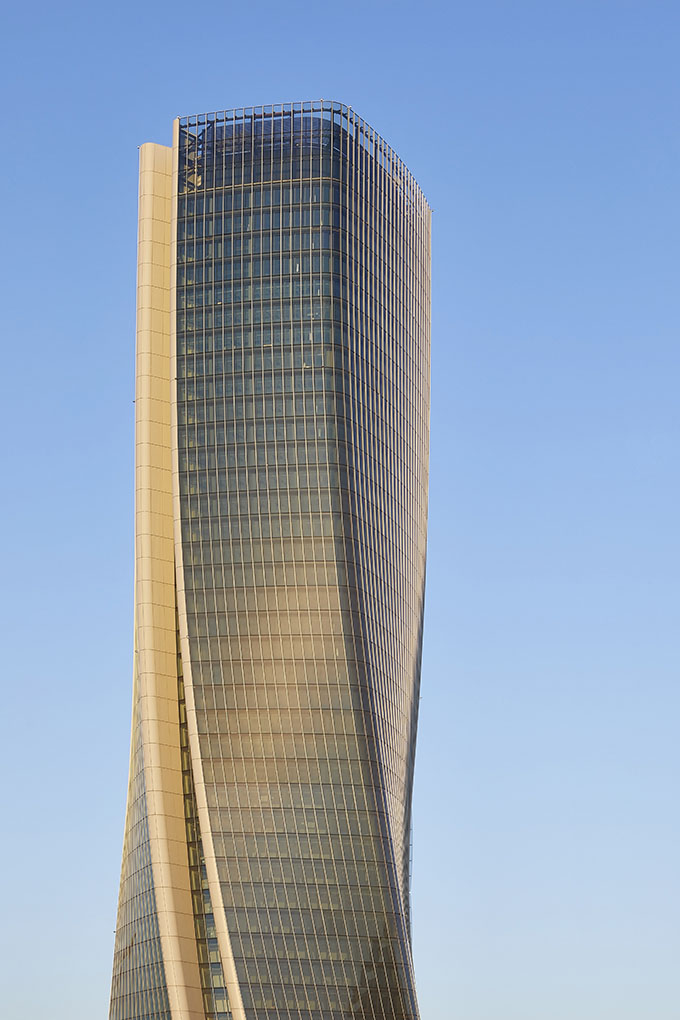 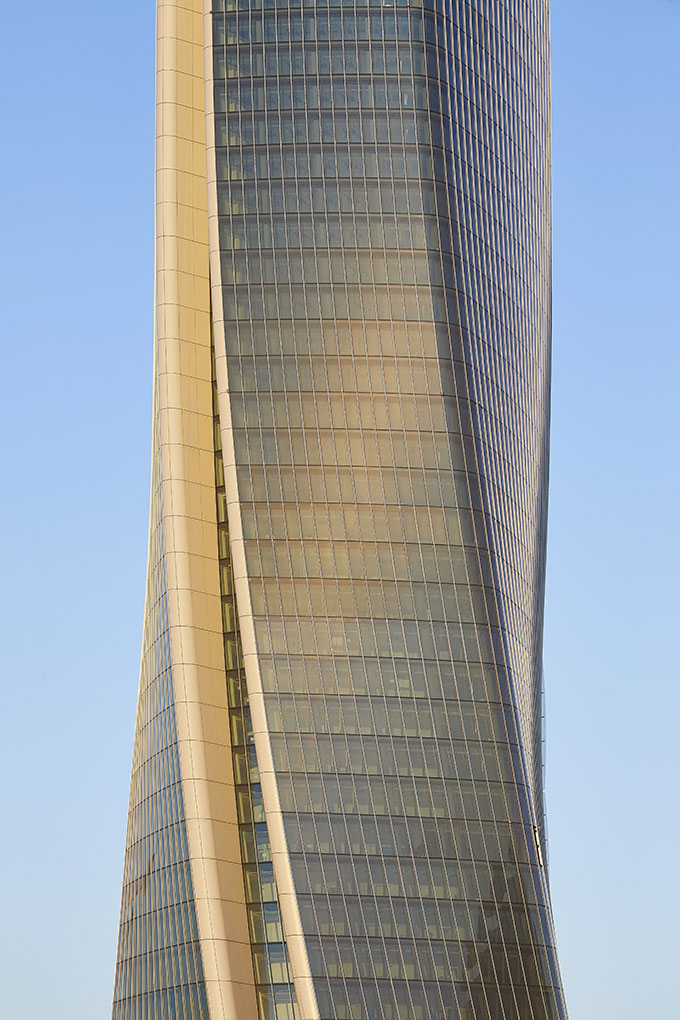 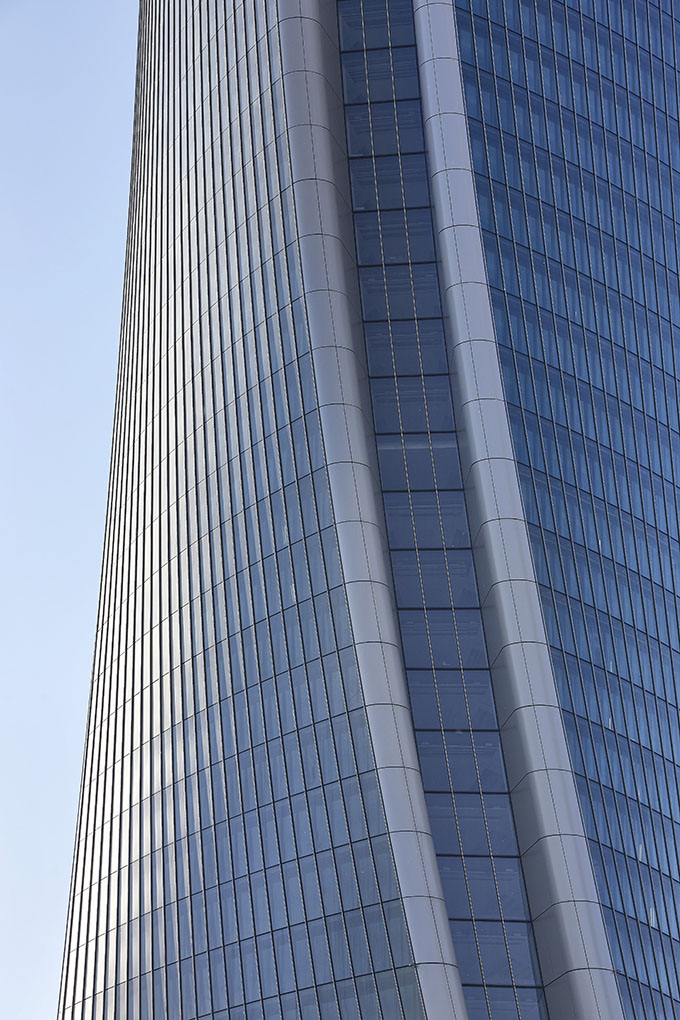 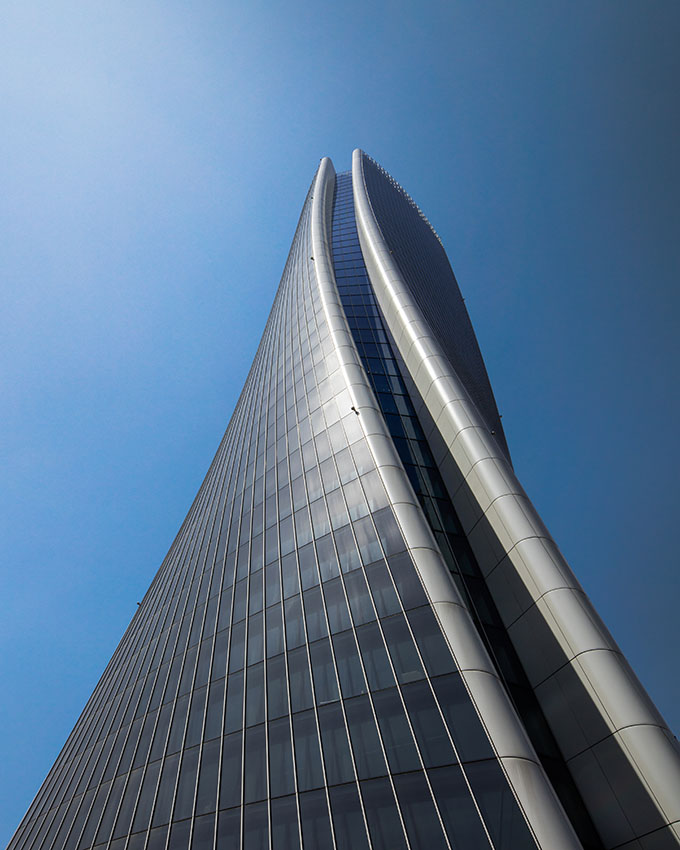 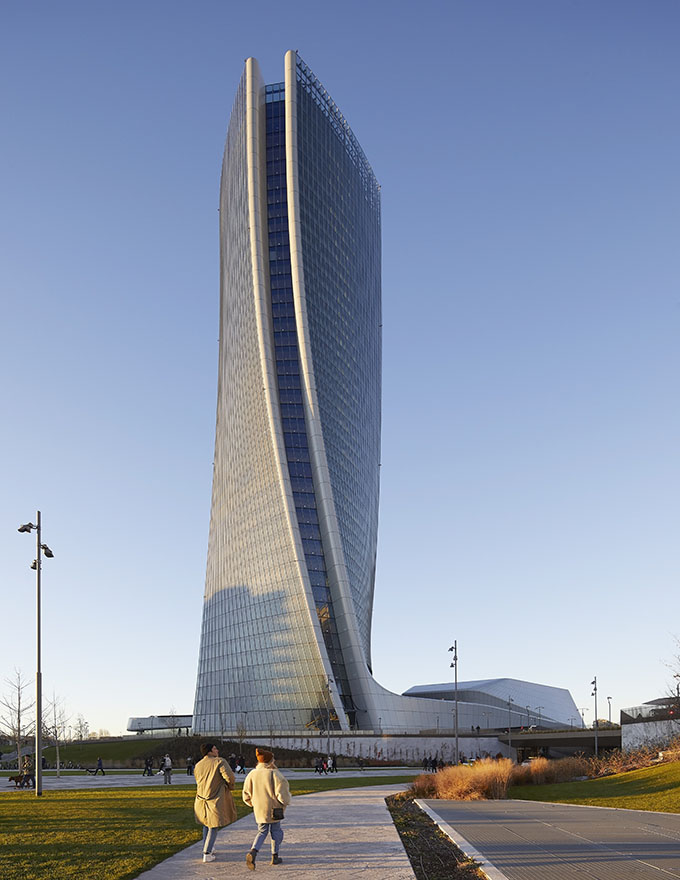 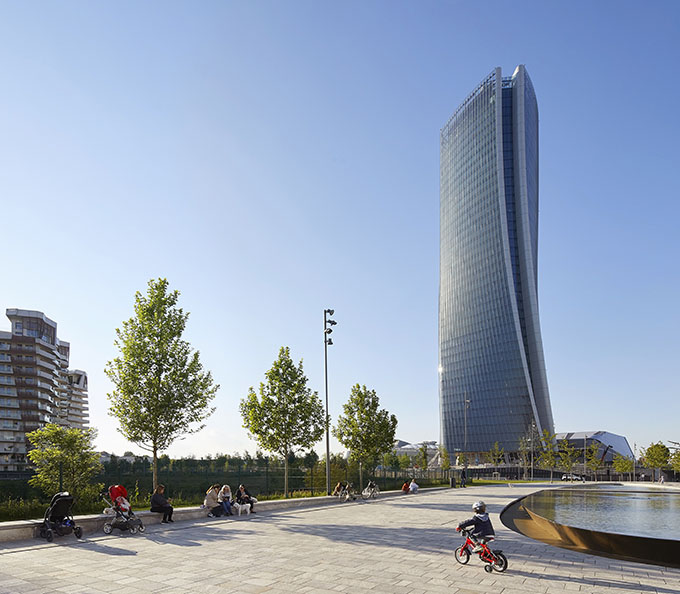 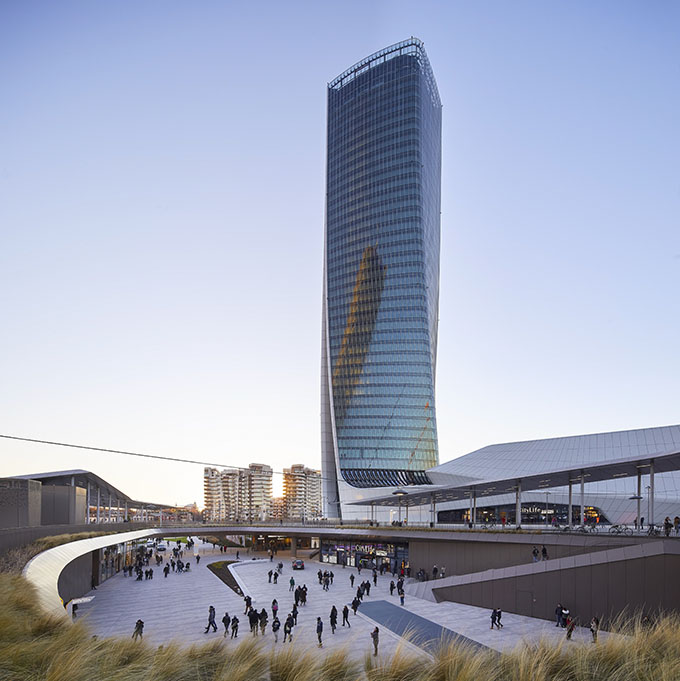 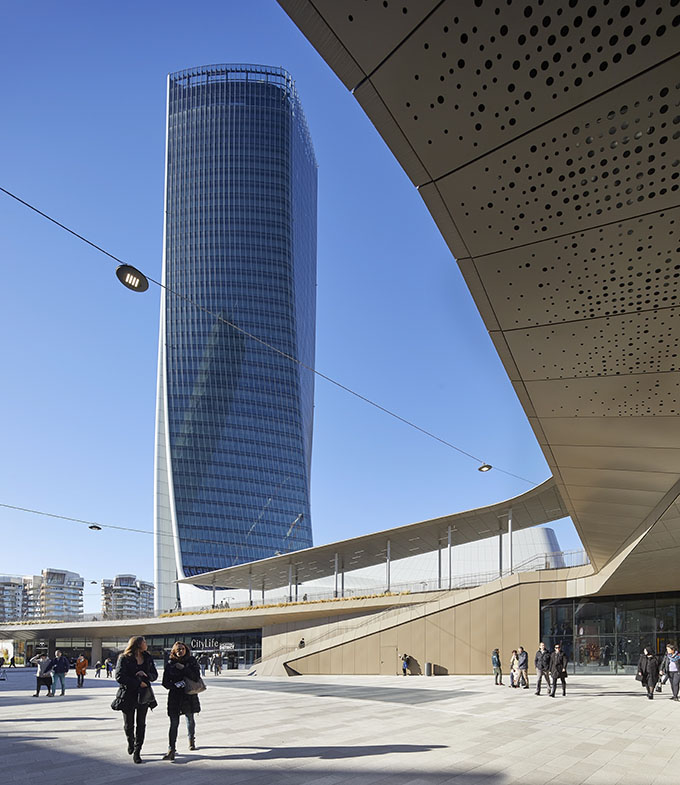 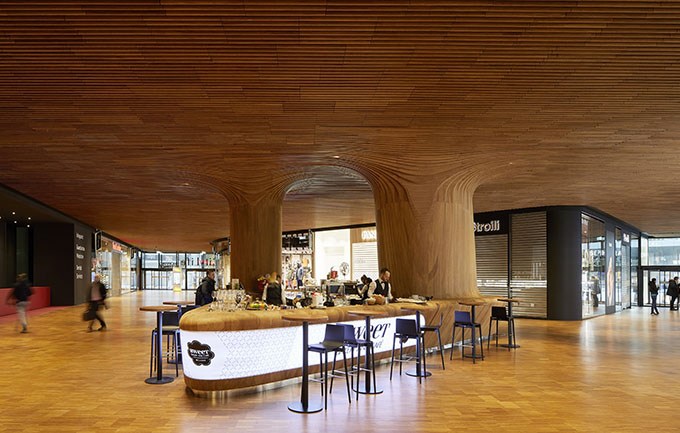 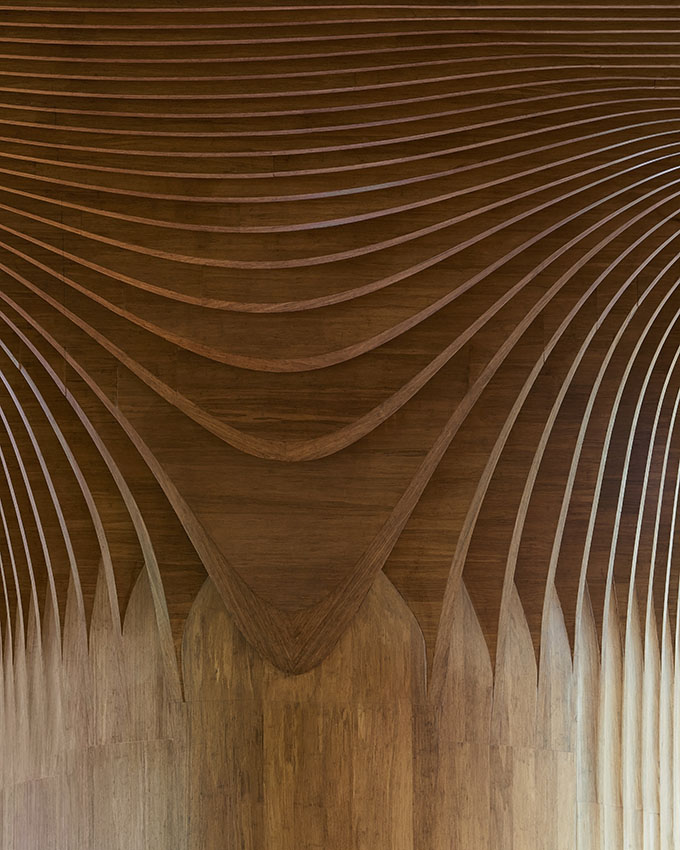 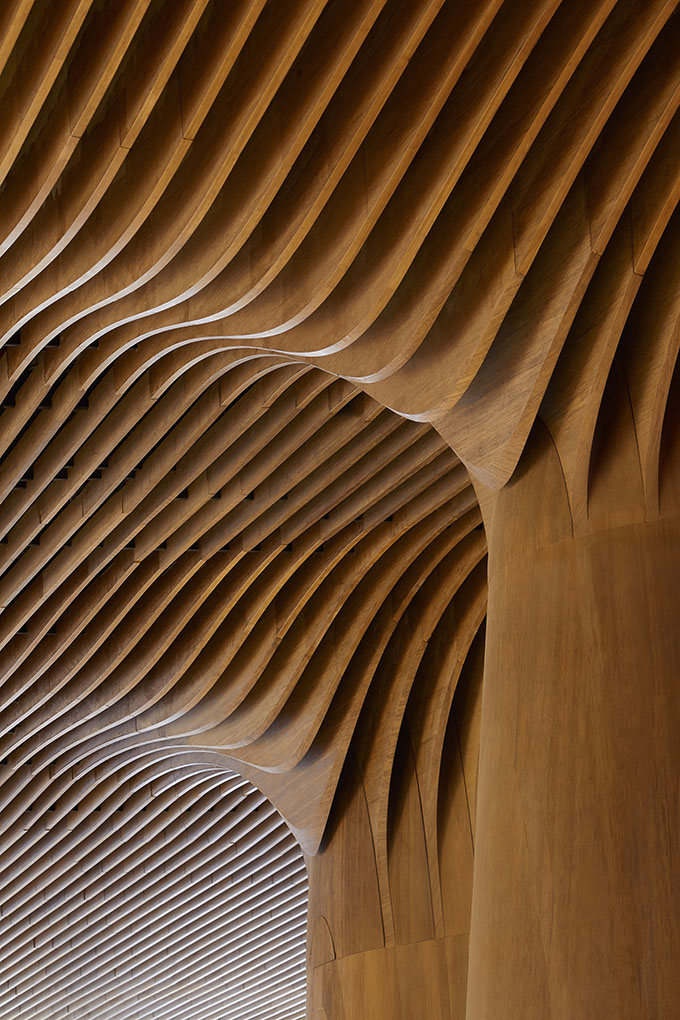 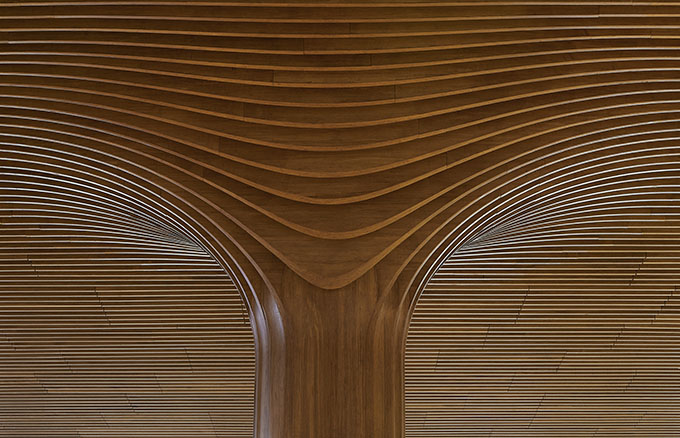 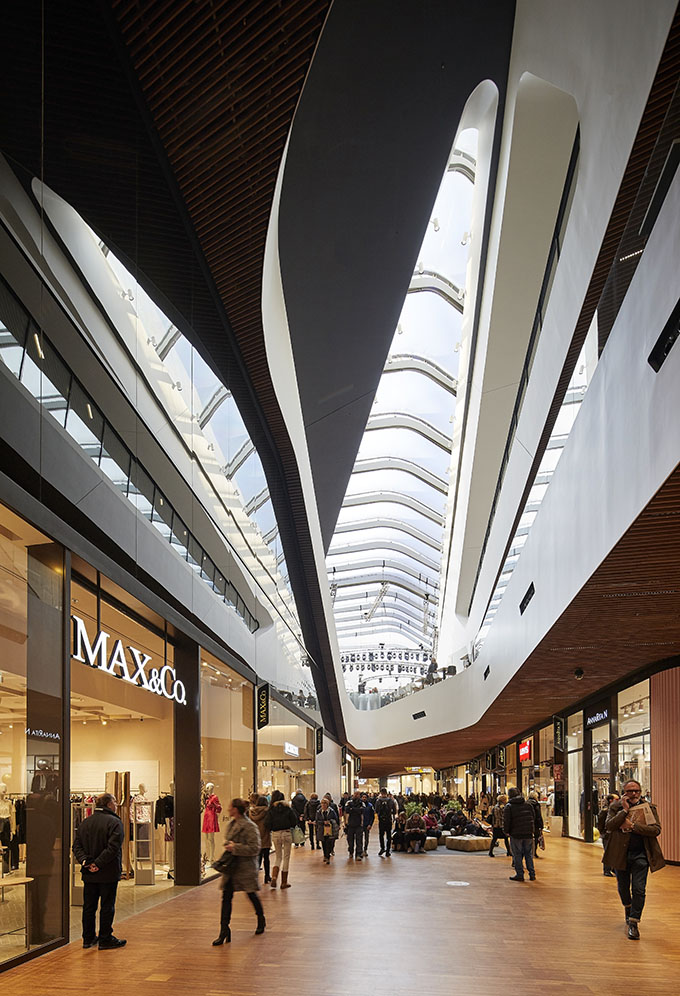 Located above the new Tre Torri station on Line 5 of the city’s metro system, CityLife opens the 90-acre site to year-round public use for the first time; providing new civic spaces, public parks and residential areas, in addition to shopping districts and corporate offices.

When fully complete in 2020, CityLife will be the largest new civic space and public park created in the city since Parco Sempione opened 130 years ago; welcoming more than seven million visitors, workers and residents each year.

CityLife will include 1,000 new homes, offices for more than 11,000 staff, the new 42-acre public park, piazzas and kindergarten.

Aligned at ground level with three of the city’s primary axes that converge within CityLife, the 170m (44-storey) Generali Tower connects with its surrounding public piazzas and park; the curvilinear geometries of its podium defined by the perceived centripetal forces generated from the staggered intersection of these three city axes at the tower’s base.

This vortex of centripetal forces at ground level is transferred vertically through the tower by realigning successive rhomboid-shaped floor plates to twist the tower about its vertical axis. This helical twist reduces incrementally with the height of each floor above street level, giving all floors a fractionally different relationship to the floors above and below.

As the tower rises offering broader views across Milan, the twist orientates the tower’s higher floors to the primary southeast axis leading to Bramante’s 15th Century tribune of Santa Maria della Grazie, and beyond to the centre of the city.

With its interiors to be completed this summer, Generali Tower will house up to 3,900 employees to meet their continued growth as one of the world’s largest financial institutions.

The tower excels in all international benchmarks for efficiency while respecting Milan’s rigorous local building codes. Its double-façade of sun-deflecting louvers flanked by glazing provides extremely efficient environmental control for each floor and ensures excellent energy performance, contributing to Generali Tower’s LEED Platinum certification by the US Green Building Council.

An integral element of the CityLife redevelopment that has created a new civic, residential and business district near the centre of Milan, Generali Tower is defined by its surrounding urban fabric to connect directly with the city.