VS arquitectura designed this innovative self-service craft brewery located in Cerro de las Rosas, Córdoba, Argentina. Take a look at the complete story after the jump.

From the architects: The craft brewery is located in the city of Córdoba (Argentina) in the Cerro de las Rosas neighborhood, on a main avenue in the middle of a gastronomic boom. The clients have their own craft brewery in Rio Segundo, which is why, evidencing that they are producers was the fundamental requirement. This is why the idea behind the project is to transport us to a factory where the concepts of module, repetition and verticality take on a central role. This is how, the materials, their tones and textures have an essential role. The rigid and heavy profiles, the light wood, the rusty pipes, the galvanized sheet metal and the concrete floor give the place a cold and structured atmosphere that enhances this idea.

Another fundamental requirement from the customers was self-service, both for food and beer. Following this guideline, different areas were proposed: one for the walkthrough, where the storage room, the preparation table and the box are located, and another for the permanence, where the design of the furniture optimises its functionality by providing spaces for hanging personal items and storing utensils. In this last area, the verticality was continued through the luminaire, located in order to generate a more welcoming climate by reducing the interior height. The user intensifies the feeling of being in another space through a structure of rusty pipes hanging from the ceiling, which visually continues with the parasols on the facade. Both structures and the handcrafted murals decontract the space by means of waves inspired by the fluidity of beer.

On the outside, the generative idea is enhanced by a stripped-down, double-height facade that accentuates the monumentality of the factory. Finally, an enclosure was planned to accompany the delimitation of the space with bush vegetation that brings vitality to the complex. 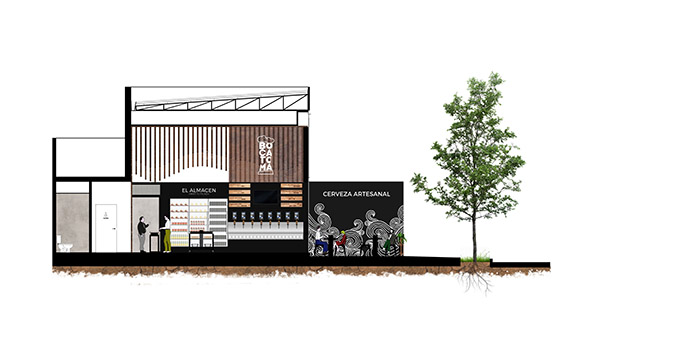 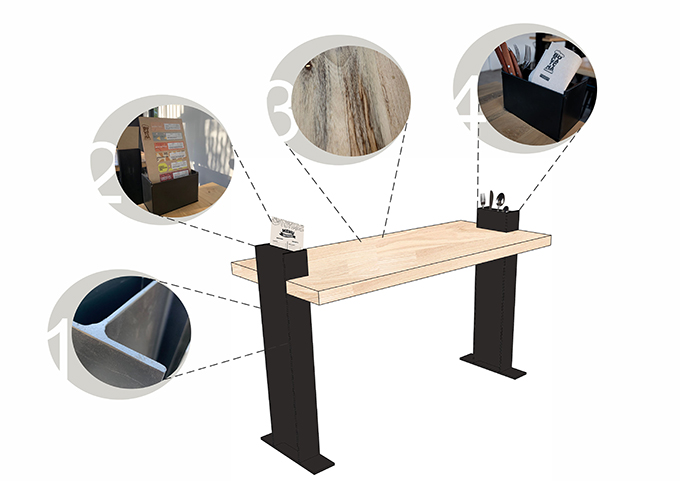 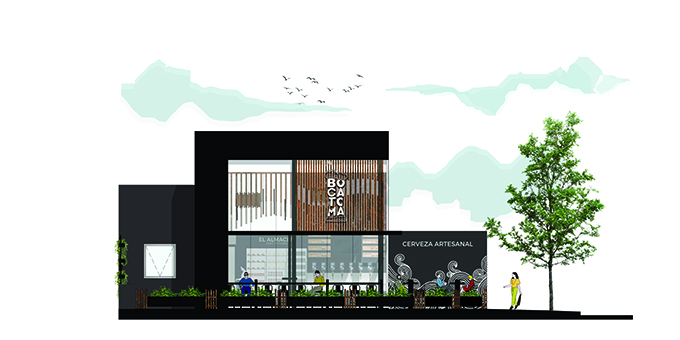 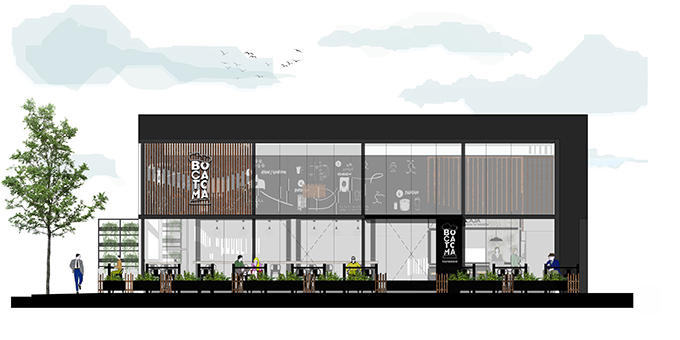 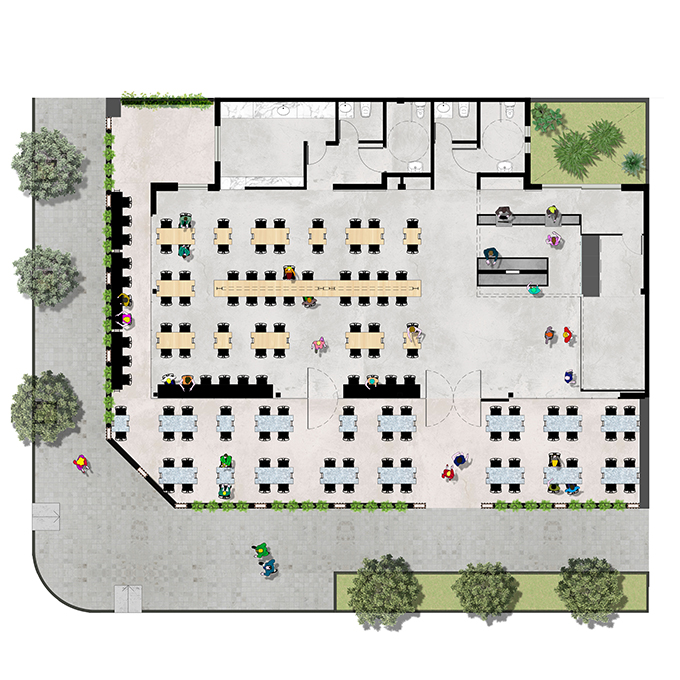 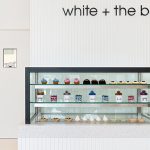