AQSO Arquitectos Office designed this Urban resort in London. The proposal for this mixed-used building including hotel, cinema, and retail explores a formal response to the site conditions with an alternative contemporary language. Against the monolithic presence of a totem that divides the paths in two, the building becomes a flexible element that blends with the perspective of the resulting streets while respects the pedestrian flow of the public area. Take a look at the complete story after the jump. 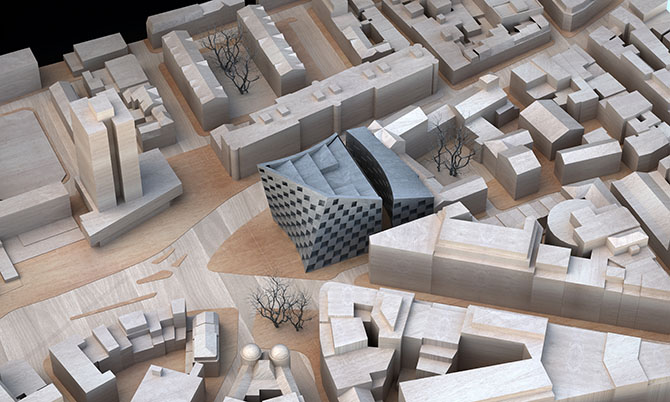 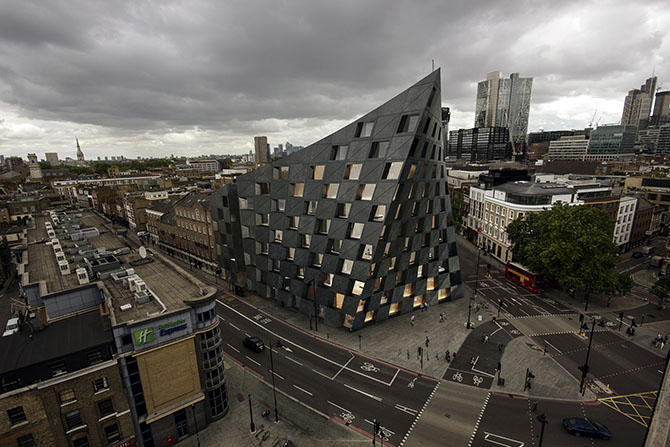 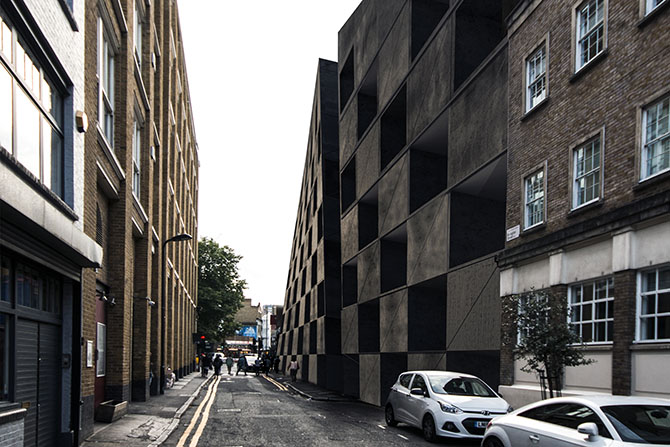 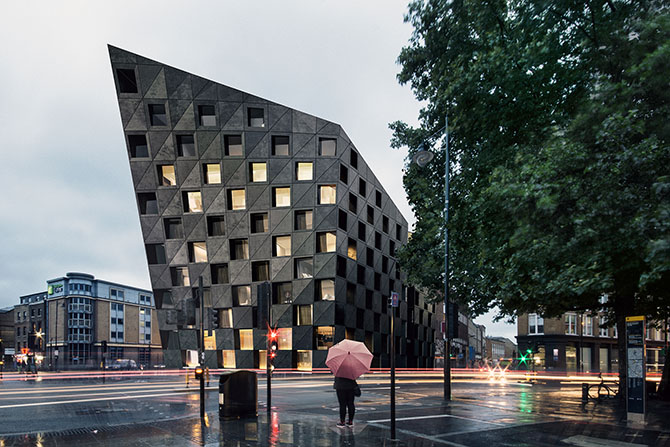 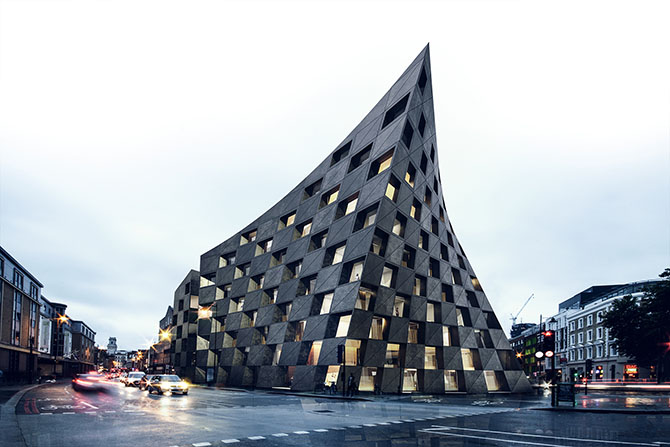 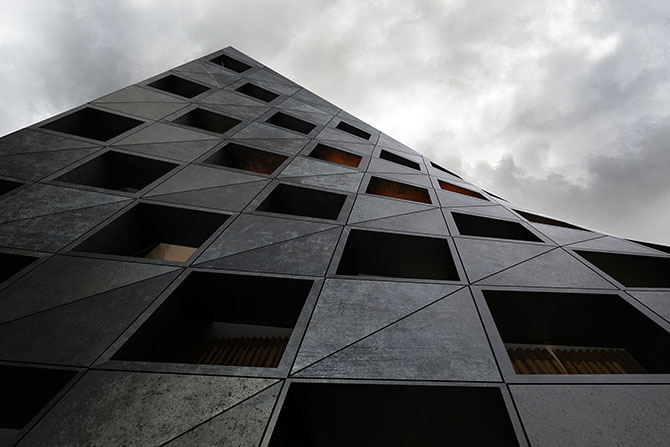 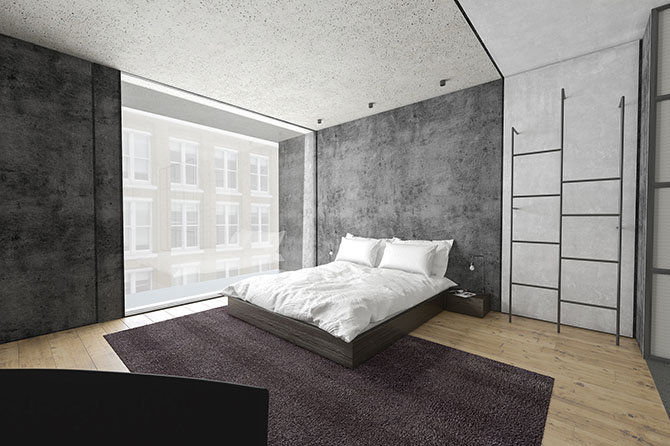 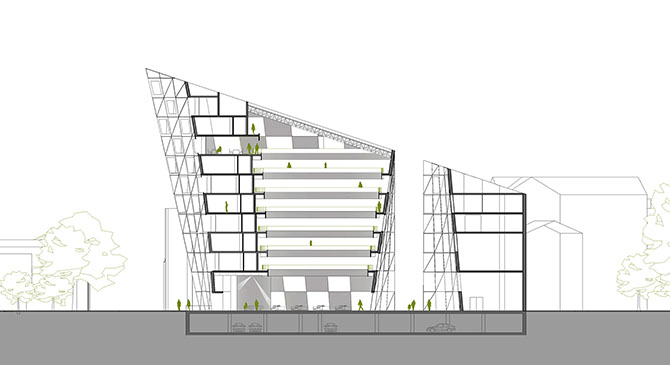 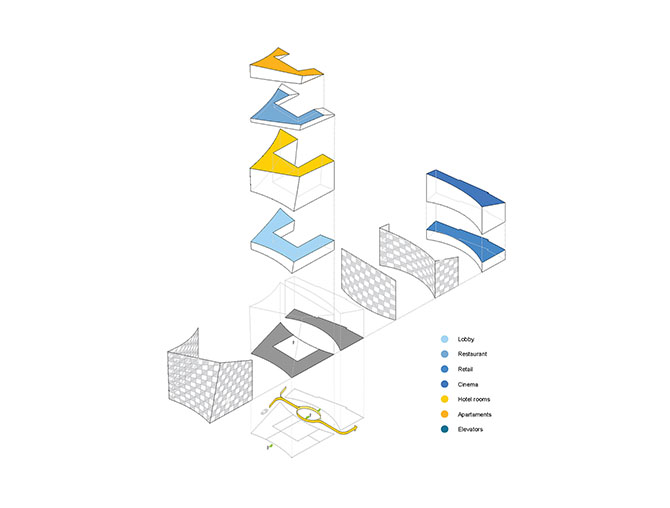 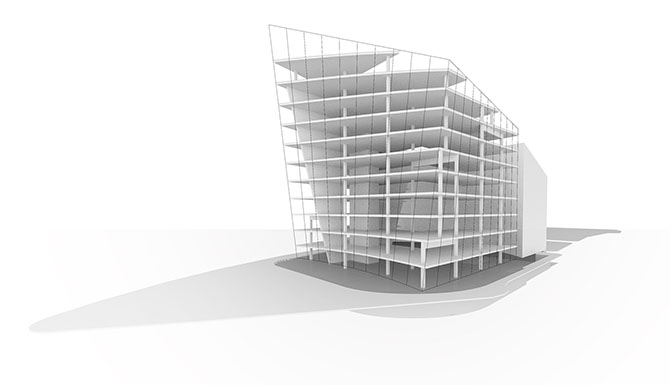 From the architects: The intersection of Old Street and Great Eastern Street is an iconic landmark in East London. The ancient Roman street widens on the western side after crossing what is being called the Silicon Roundabout, the intersection of City Road, and opens the doors of Shoreditch at Haggerston.
This junction is not only significant from the morphology of the urban fabric but also for becoming a regeneration catalyst in this old industrial area influenced by the City of London that has experienced an important creative and artistic boom.

The building becomes a prow that enhances the angle of the junction responding to the urban views, but steps back at ground level to considerate and emphasize the cycling and pedestrian flow that crosses perpendicularly. The overlay of these two urban circulations shapes and defines the building form creating an iconic element, distinctive but not monumental, that is subtle seen from the adjacent streets.
The twisted facades of the building contrast with a regular arrangement of openings, creating a language that translates into the interior. An internal courtyard creates a discreet and enigmatic breach that becomes a secondary access point, bringing light into the enclosure and widening at the bottom to host the drop-off area.

The hotel rooms are located around an internal atrium that concentrates the vertical circulation of the building while the cinema and retail occupy the rear of the courtyard, next to the party wall.
The structural system responds to the geometry of the twisted facade, made of ruled surfaces along arches and straight lines. The parametric design of the shell is compensated with a rational layout, allowing a consistent distribution of rooms and openings. 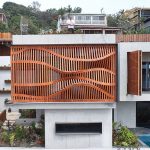 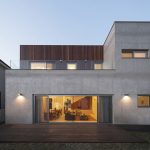