The competition was initiated by the city government of Kaohsiung to transform the derelict site of the old railyards and port station from a barrier between two important areas of the city (the Hamasen and Yancheng districts), into a connective piece of the urban fabric. The stated ambitions by the client for the 15.42 hectare site are to highlight the cultural heritage of the site’s former function while introducing new programmes and building volume to accommodate city expansion. These twin objectives are to be achieved in a phaseable and highly sustainable manner. Since a large portion of the site and existing railway buildings are designated as historical monuments, the central challenge of the brief was to strike a balance between the desire for cultural preservation/revitalization, introducing new development onto the site, and establishing enough connections across site to transform the area from an urban barrier into an urban connector.

Far from being a tabula rasa condition, the richness and variety of historical and cultural artifacts on the site mean that the urban design must sensitively respond to the various conditions. In Cie’s proposal, new mixed-use urban blocks, commercial areas, renovation/restoration of industrial buildings for artist studios and galleries, railyards, rail lines, and station buildings were interwoven with a new linear park whose central programme is an indoor/outdoor historical museum about the industrial history of the are and city. By combining the museological programme with the park, the proposal is able to meet the twin objectives of historical preservation/revitalization, and environmental sustainability. The design of the park itself, draws from historical rail lines and prioritizes a continuous pedestrian and cyclists route along the parks length. Specifically, the landscape surface is organized in such a way that vehicular connections across the site never intersect pedestrian and cyclst traffic through the park. As such, one of the iconic elements in the plan is the landmark/landbridge, a combination of landbridge, museological programmes, and other functions.

For the perspective of urbanism, the ambition of the proposal was not to raze the site and start fresh. Rather, it aims to sensitively extend the existing urban block morphology onto the site with appropriate programmatic mixes (from fully commercial to fully residential blocks) based on their adjacencies and individual conditions. Furthermore, the envelope and orientation of the building volume of each block is intended to minimize solar heat gain, maximize cross ventilation through the block, and provide excellent views for all the occupants.

“With the myriad of cultural monuments, the complex adjacencies, and rich history of the site, we tried to envision a place which is both sensitive to the historical urban context and ambitious in terms of environmental sustainability and the transformation the existing urban morphology. We feel strongly that, as the economy of Taiwan, gradually transforms from its manufacturing and industrial past, to one based on cultural production and tourism, our proposal can make a significant contribution to the evolution of the city of Kaohsiung.” Jason Lee and Patrick Koschuch. 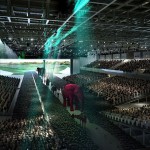 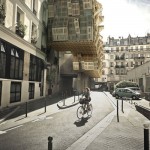