The Lorient multimodal hub is part of the “Bretagne à Grande Vitesse” project (“High-speed for Brittany”), a high-speed line which is expected to allow a three-hour total travel time between Quimper, Brest and Paris by 2017. The station is being rebuilt on the south, close to the city centre and in the heart of the transport hub accommodating different types of public transport means: rail, inter-city buses and coaches serving the conurbation. The north and south forecourts house taxi ranks and drop-off areas. Car parks and bike parking facilities will be incorporated in the neighbouring construction projects to come. An urban walkway both allows to access the platforms and links Kerentrech district to the city centre during the station opening hours. 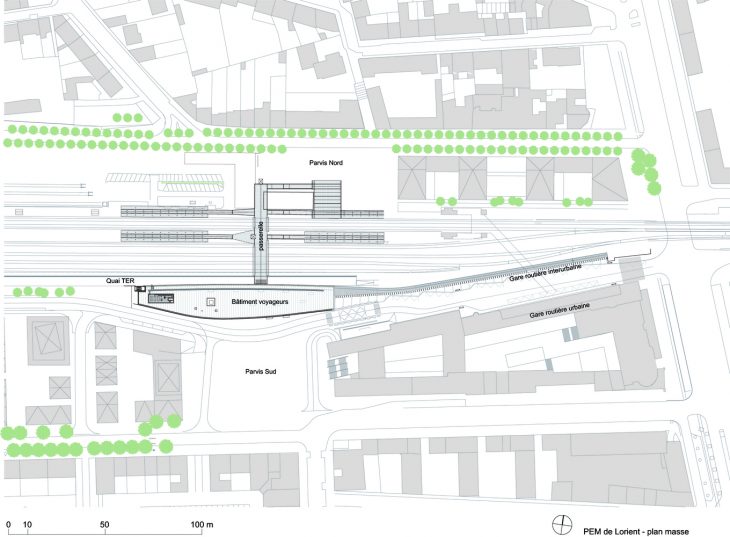 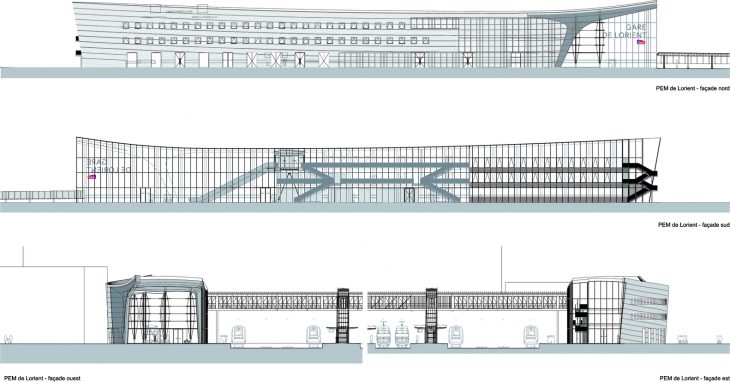 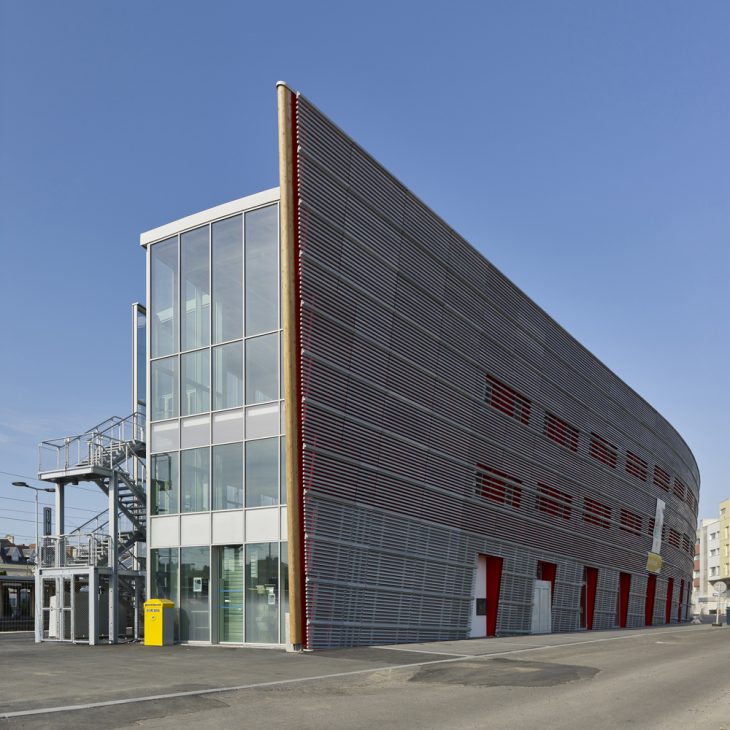 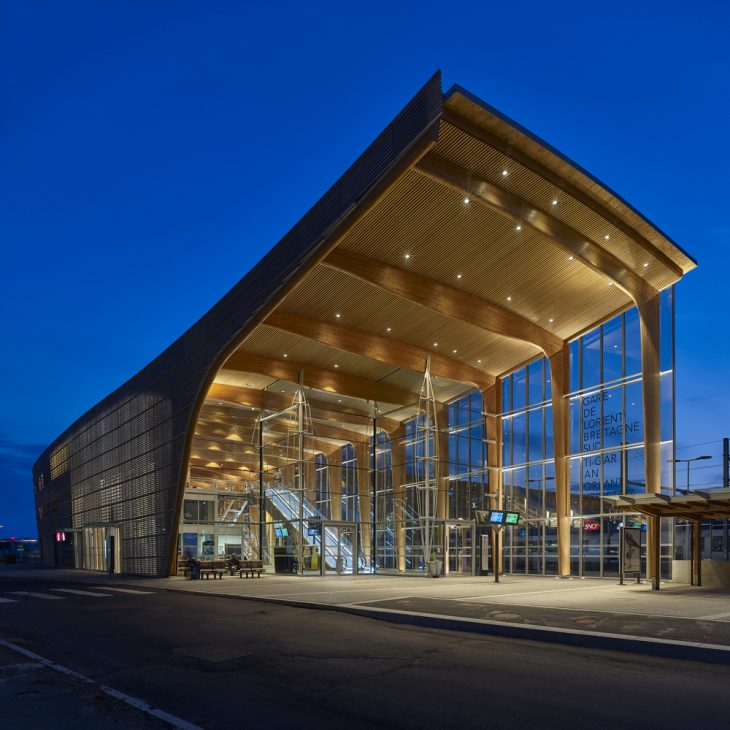 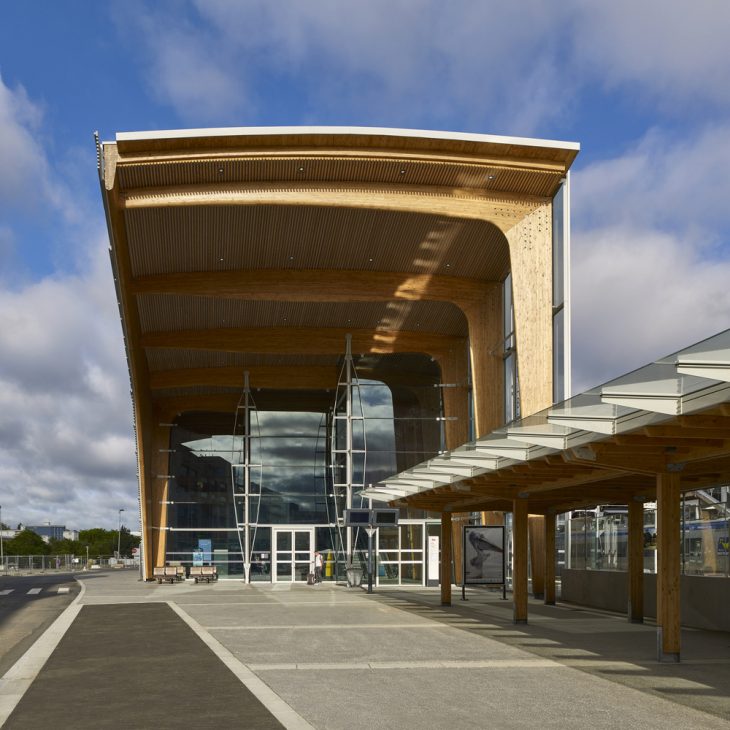 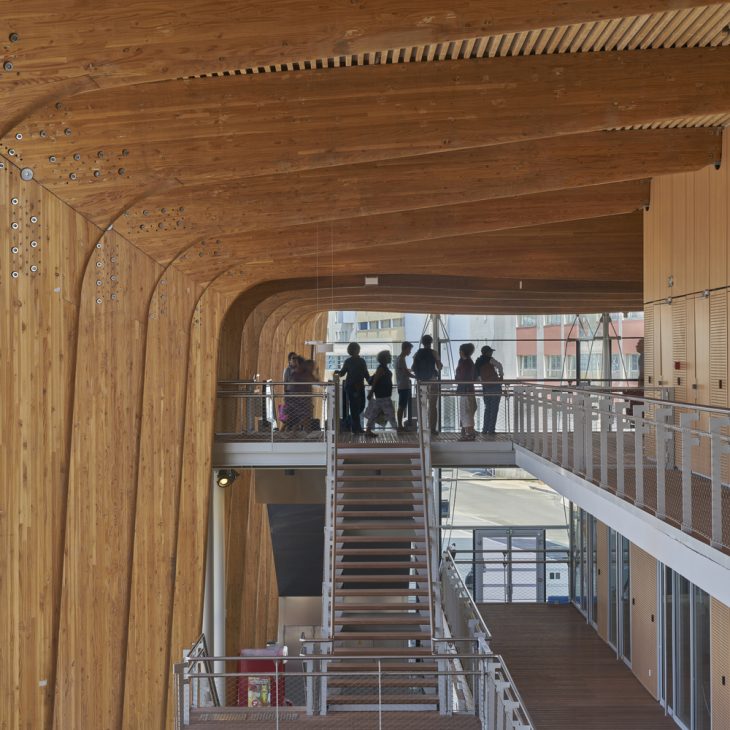 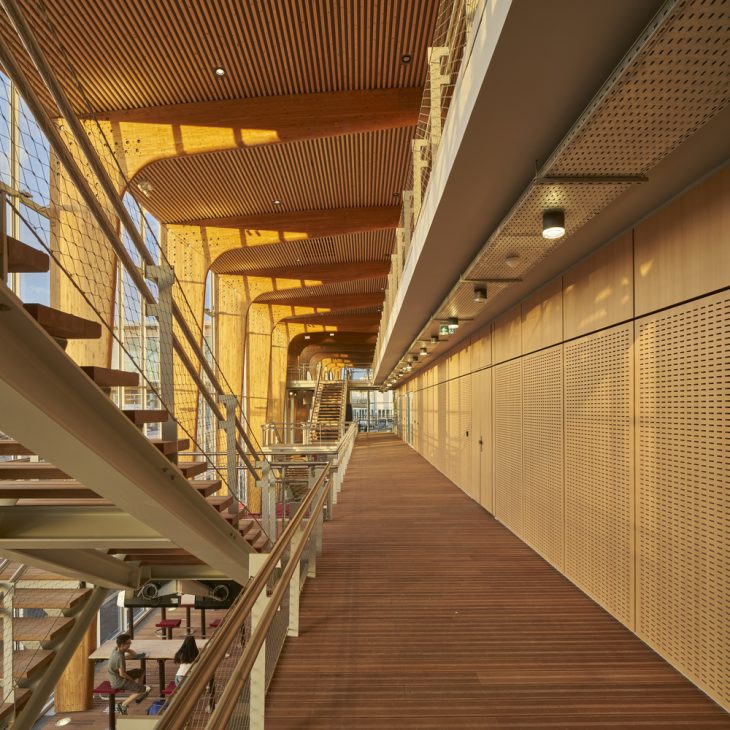 The main façade opens up to the heart of the city and along with the large timber portal frame forming the building’s structure, alludes to the city’s shipbuilding tradition. Lorient’s recent architectural history gives prominence to stone as well as concrete and washed-concrete façades, all of which is echoed by the fibre-reinforced double skin featuring all the openings related to the various elements of the project (station entrance, retail outlets, offices) and protecting the façade from solar radiation. Colour is a background element in the same way as in the buildings with loggias of Lorient. The south façade is composed of a complex timber structure comprising insulation, interior and exterior timber cladding, glazed surfaces and double skin, ultra-high performance concrete (UHPC) screen modelled in sub-frames. The north façade is mostly glazed and its large openings allow views on the new TER platform (express regional lines), the rail tracks, the future north access and the historic district of Kerentrech. It is gridded with large glass modules featuring metal crosspieces with a 4.80-metre span between the beams.

The structure of the passenger building consists of a series of portal frames made of composite wood and featuring various spans. The central part of the building is braced by a concrete core and the hall and canopy by concrete portal frames located in the area intended for operational purposes. The roof extends towards the coach station by means of a canopy, which is supported by a cantilevered beam running along its south edge and arching down to the ground. 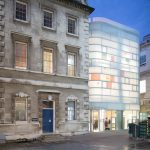 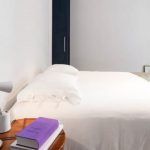