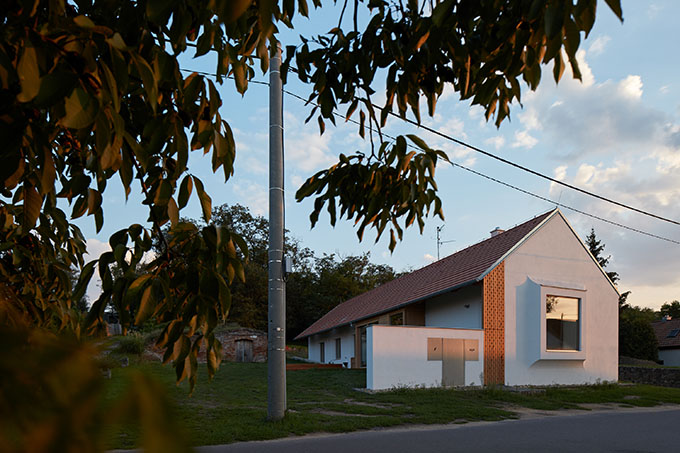 Czech studio ORA was assigned a seemingly simple task to design a contemporary Moravian country house. In the midst of what seems to be an urban planning crisis of Moravian and Czech villages, ORA decided to design a modern house that would reconnect the house with the village. This was achieved by large bay windows that opens to the street and creates a relationship between the house and the street. Take a look at the complete story after the jump: 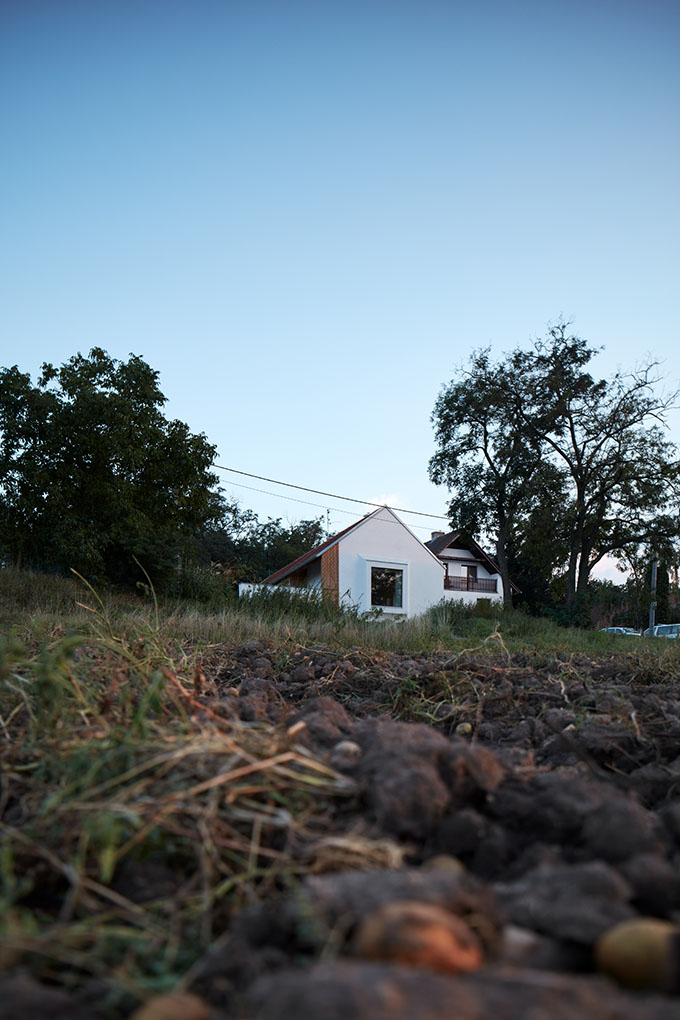 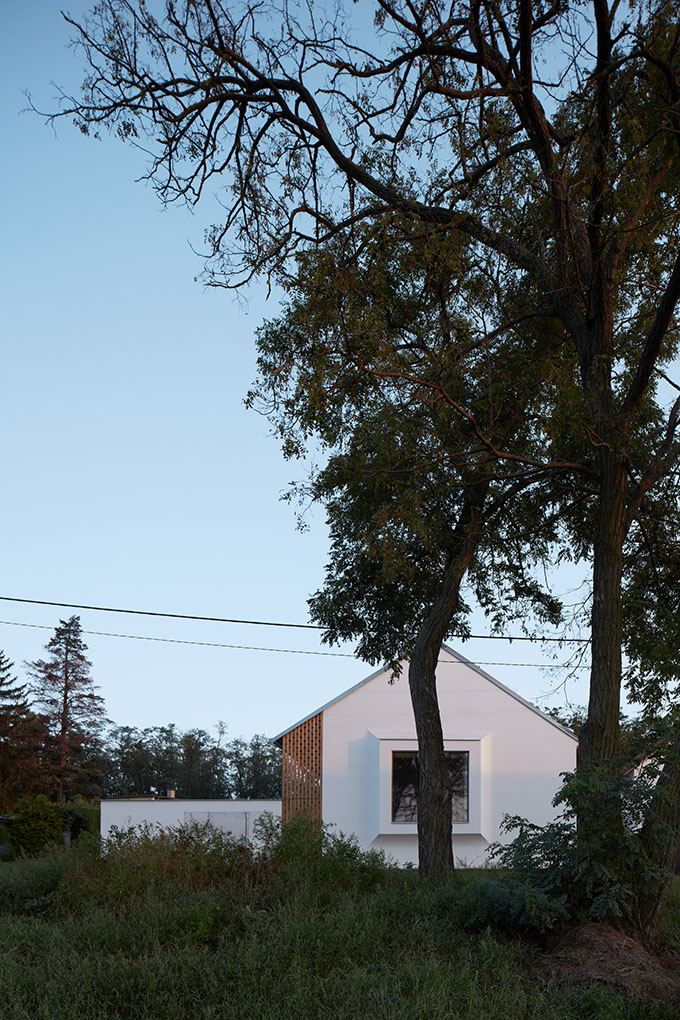 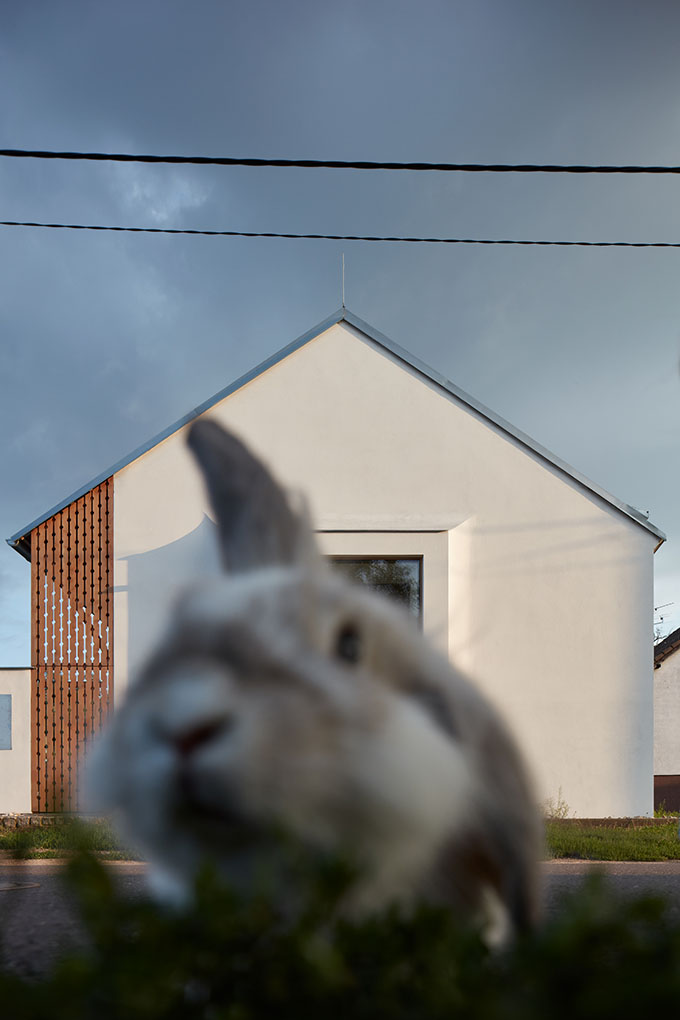 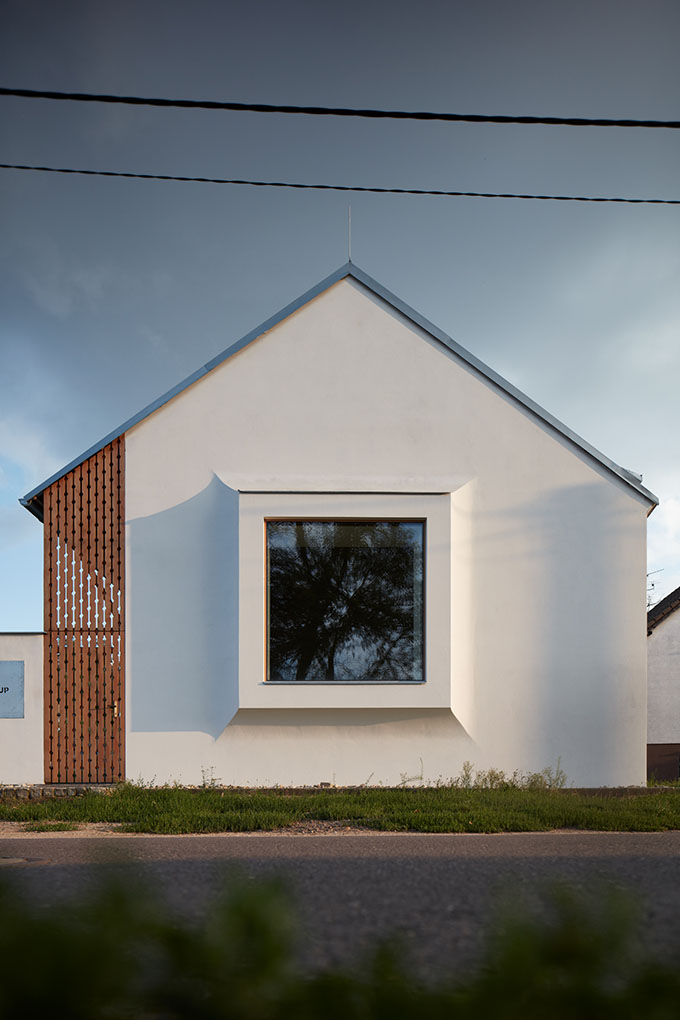 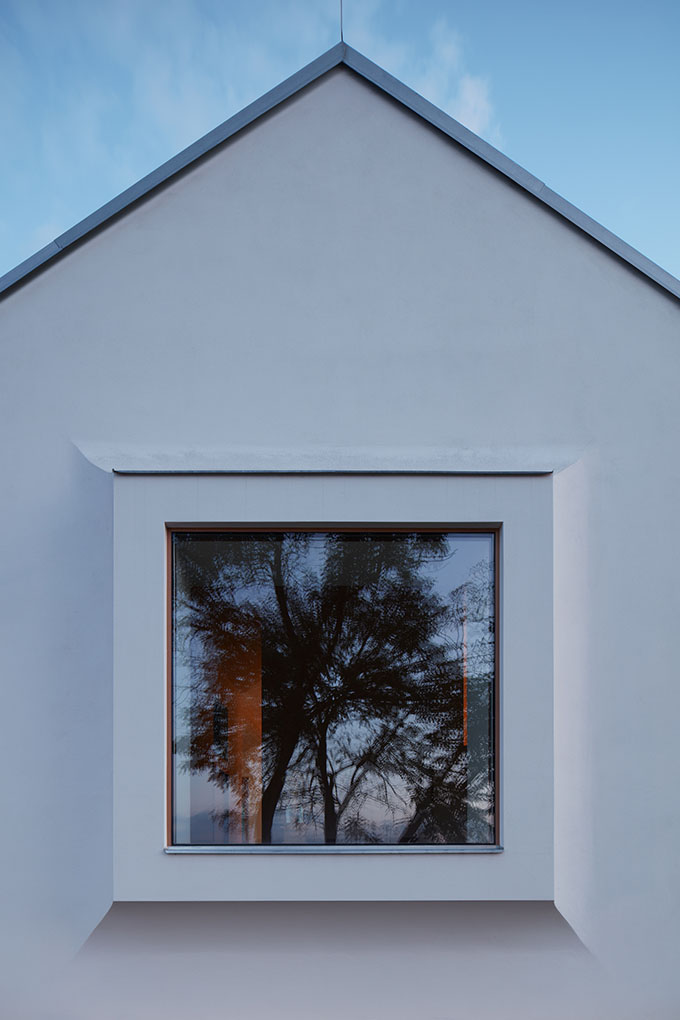 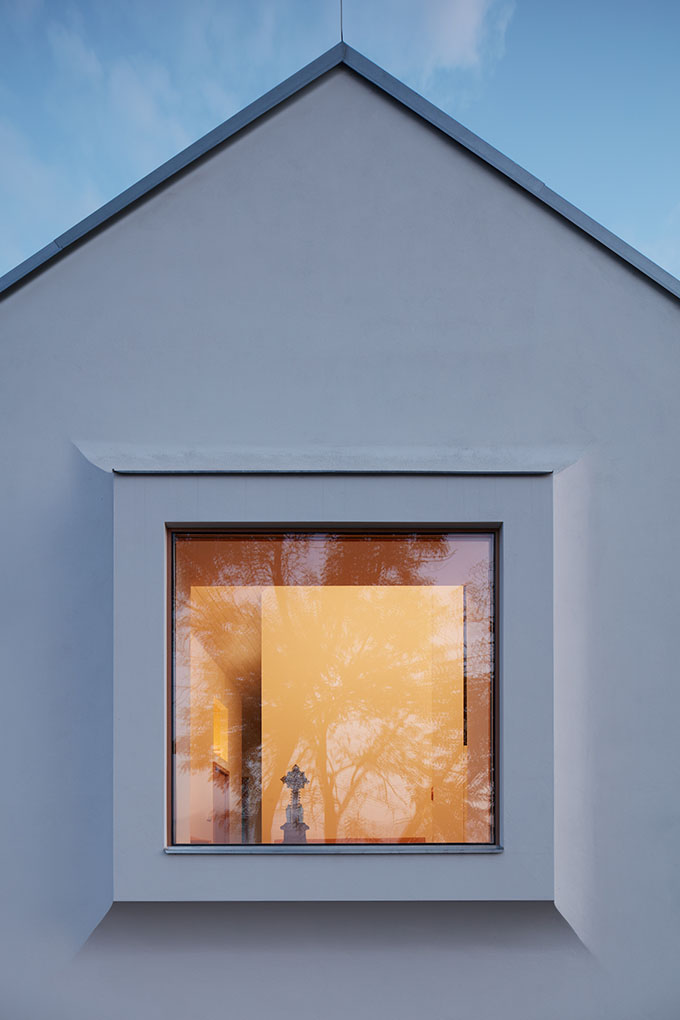 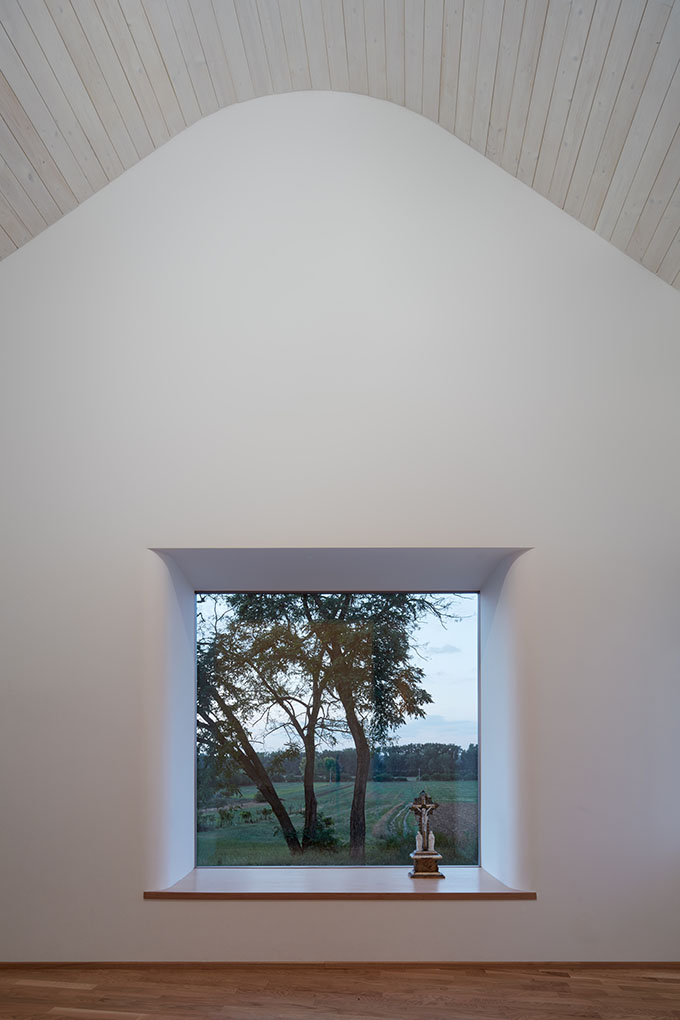 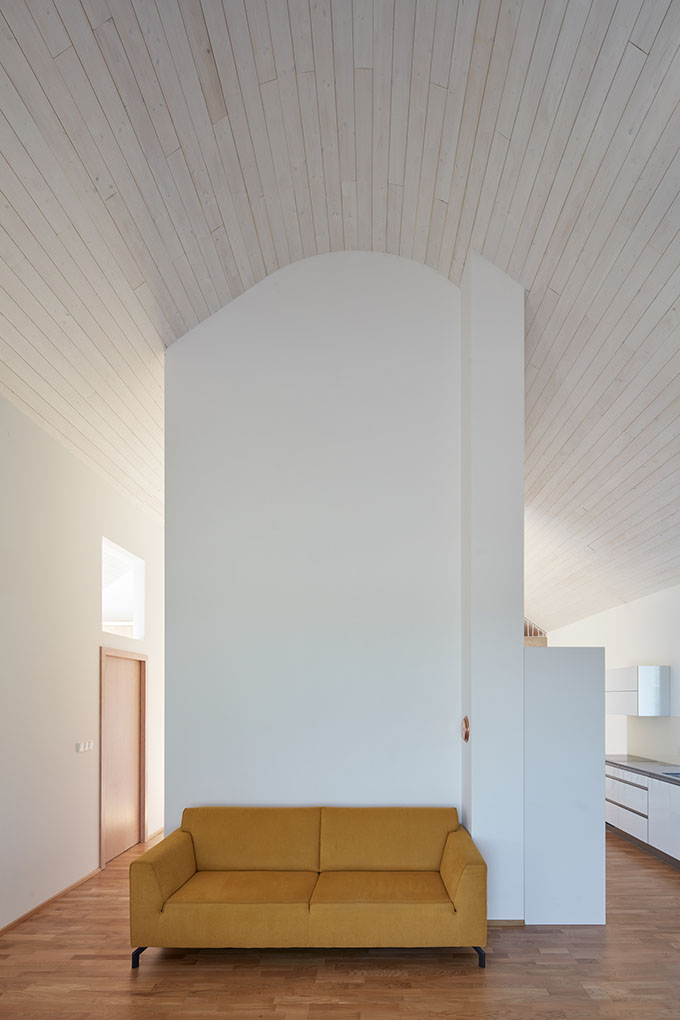 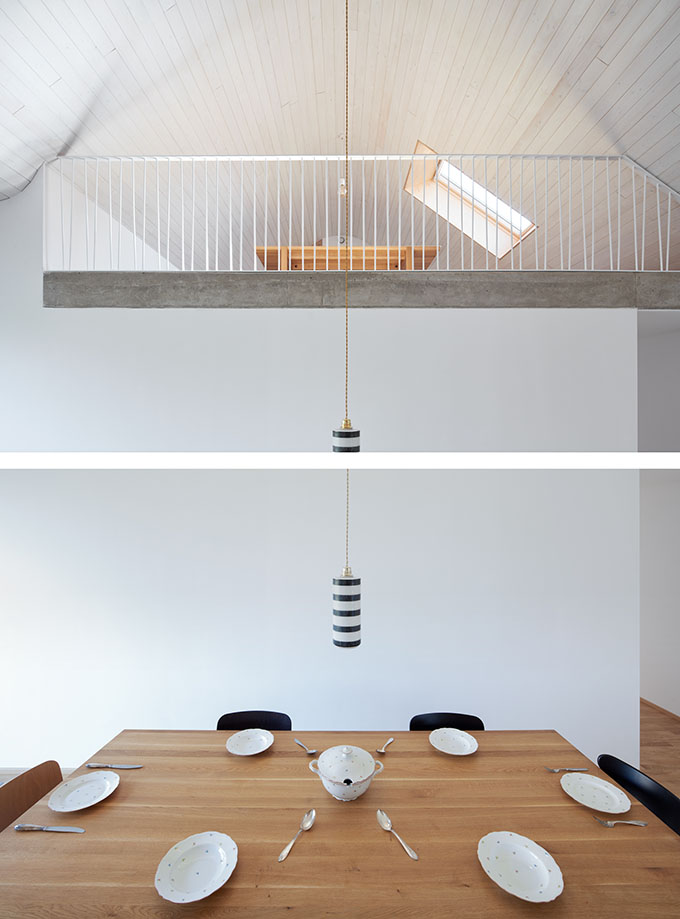 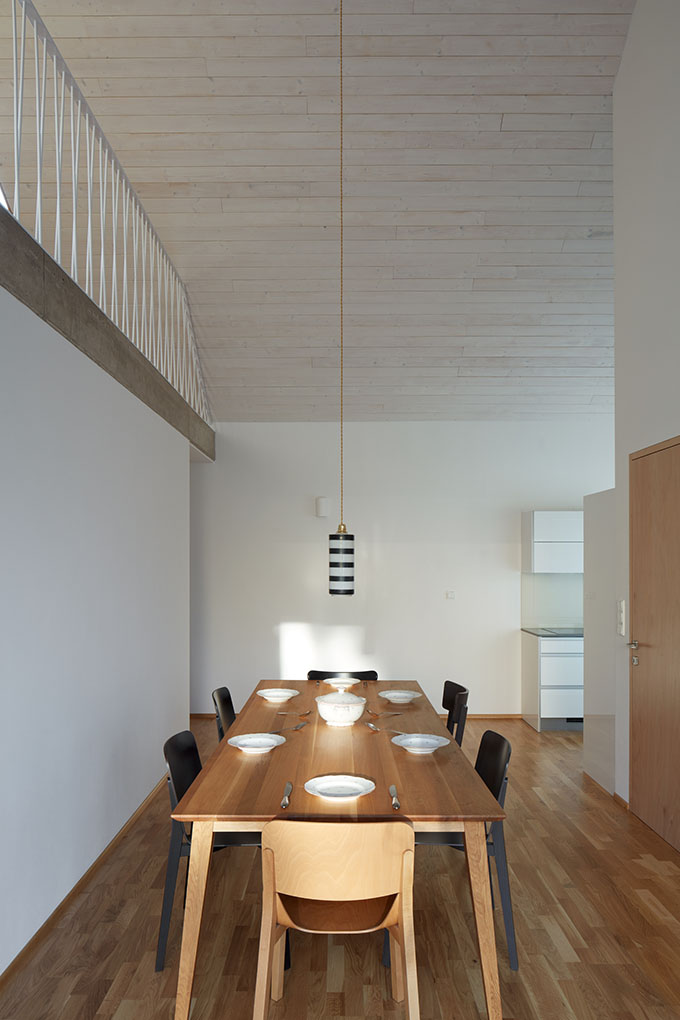 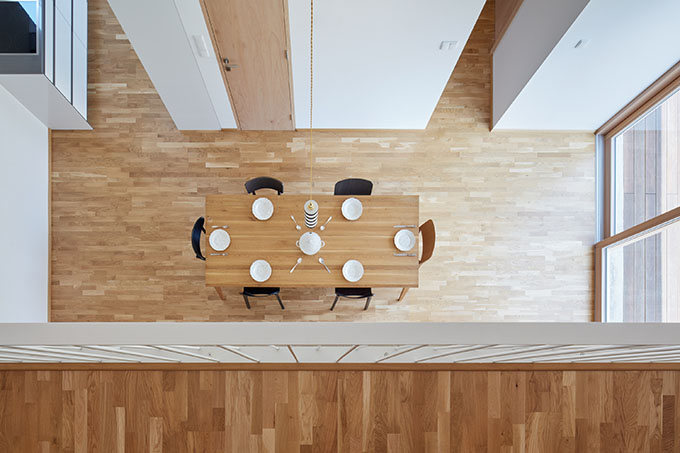 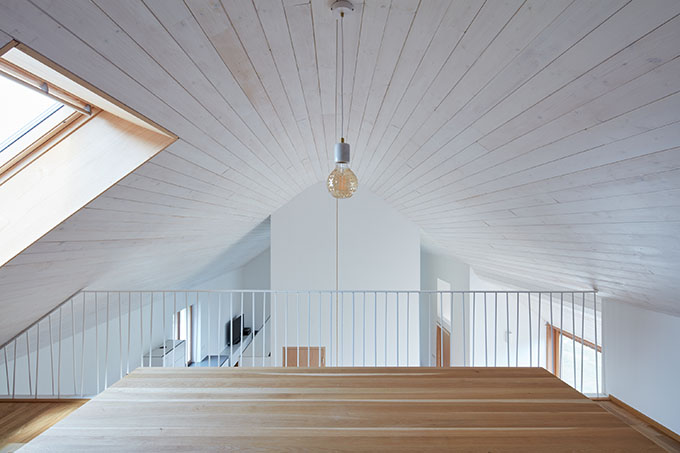 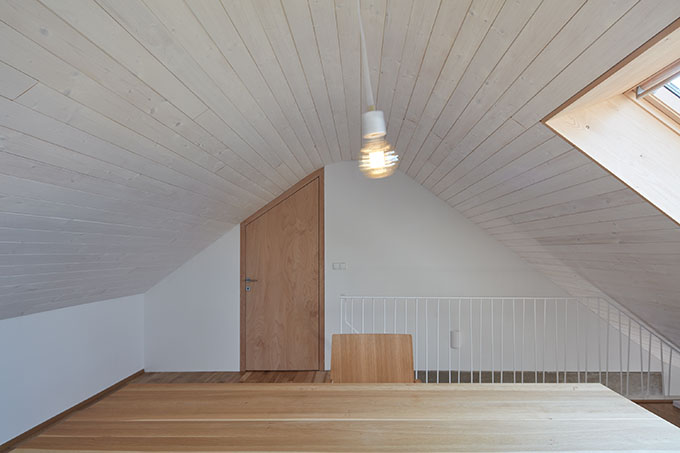 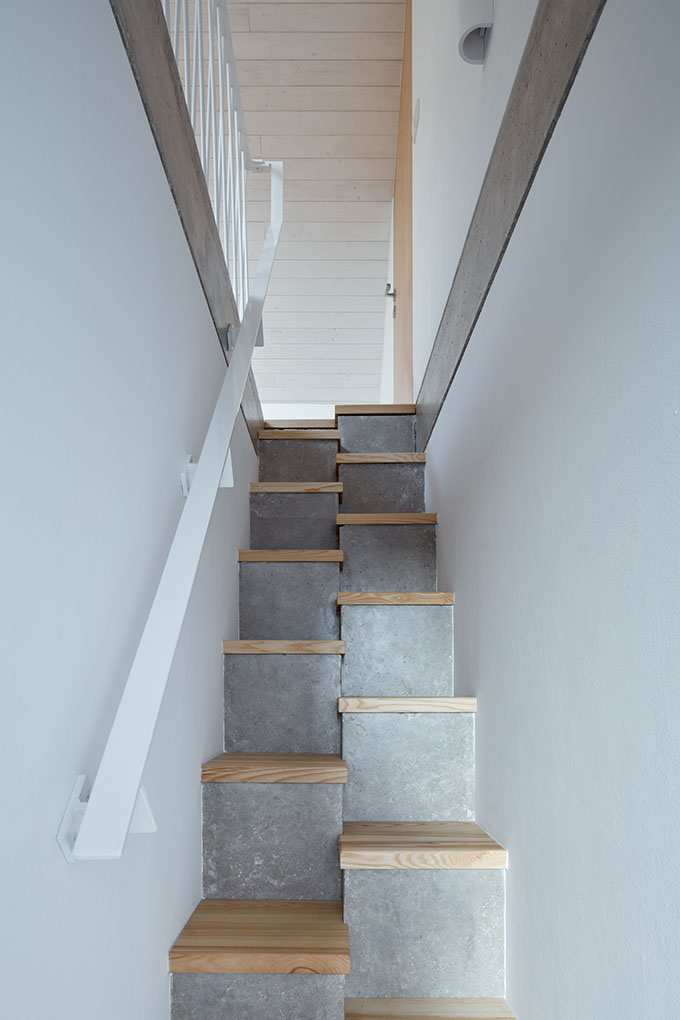 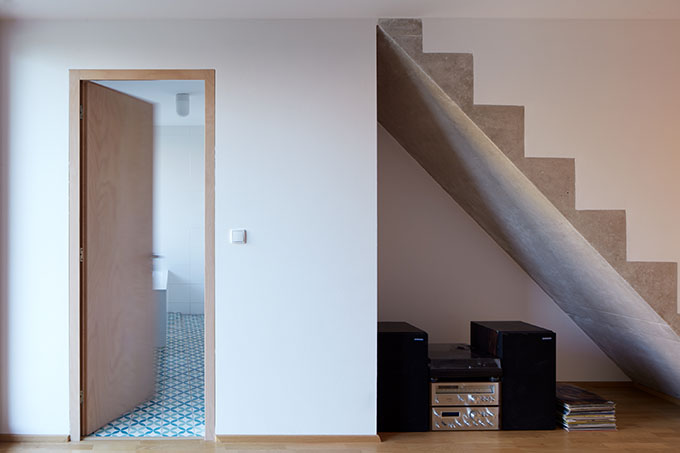 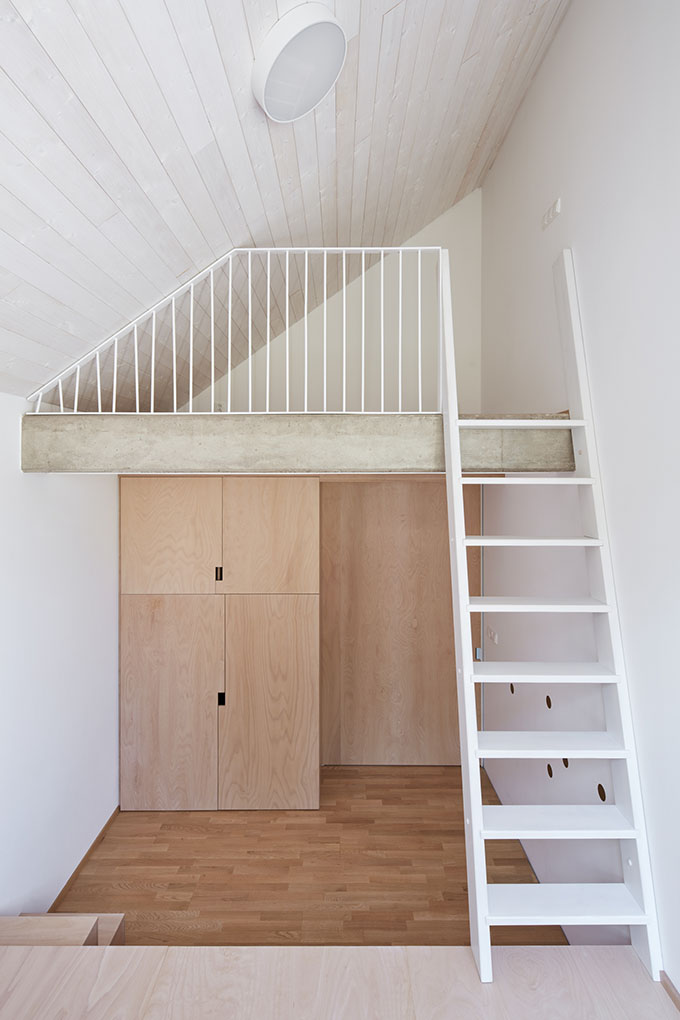 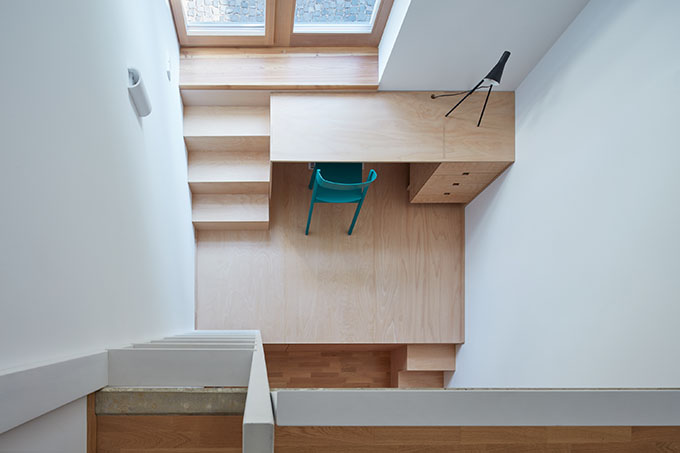 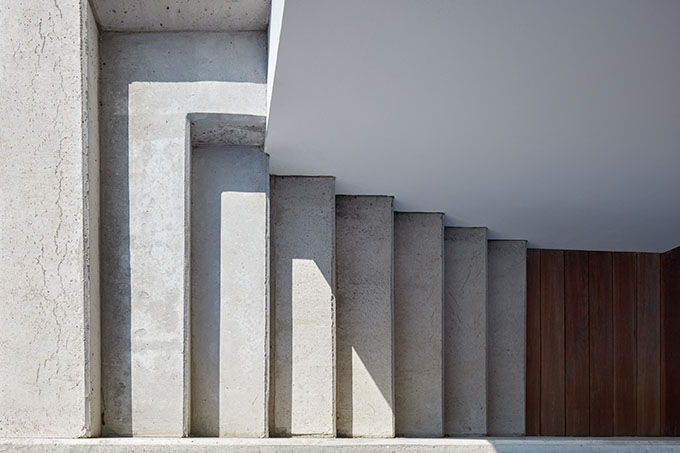 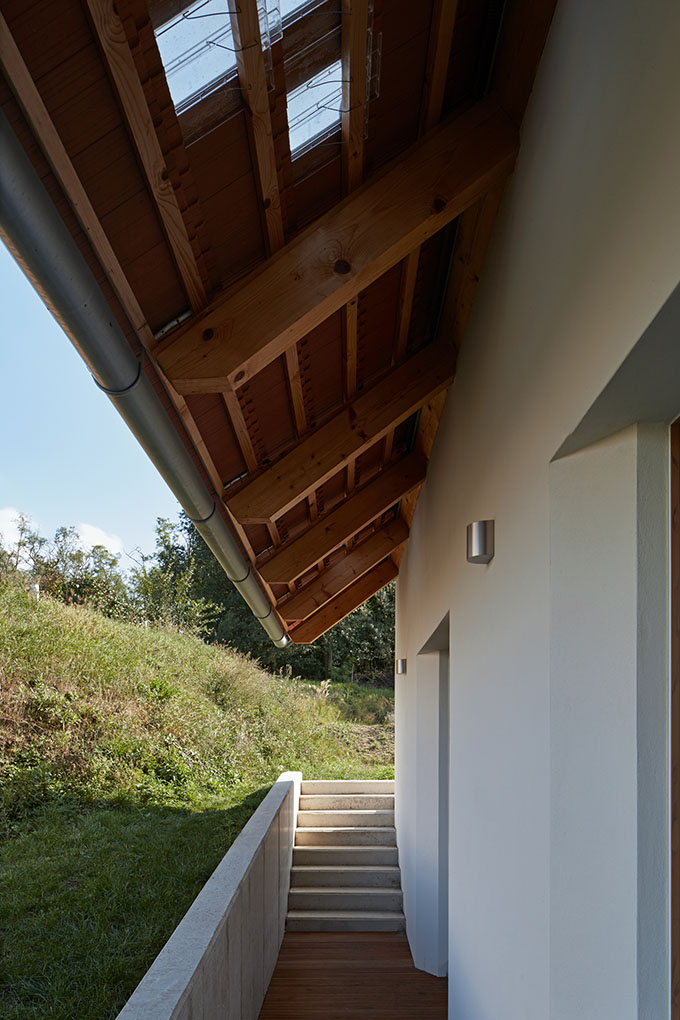 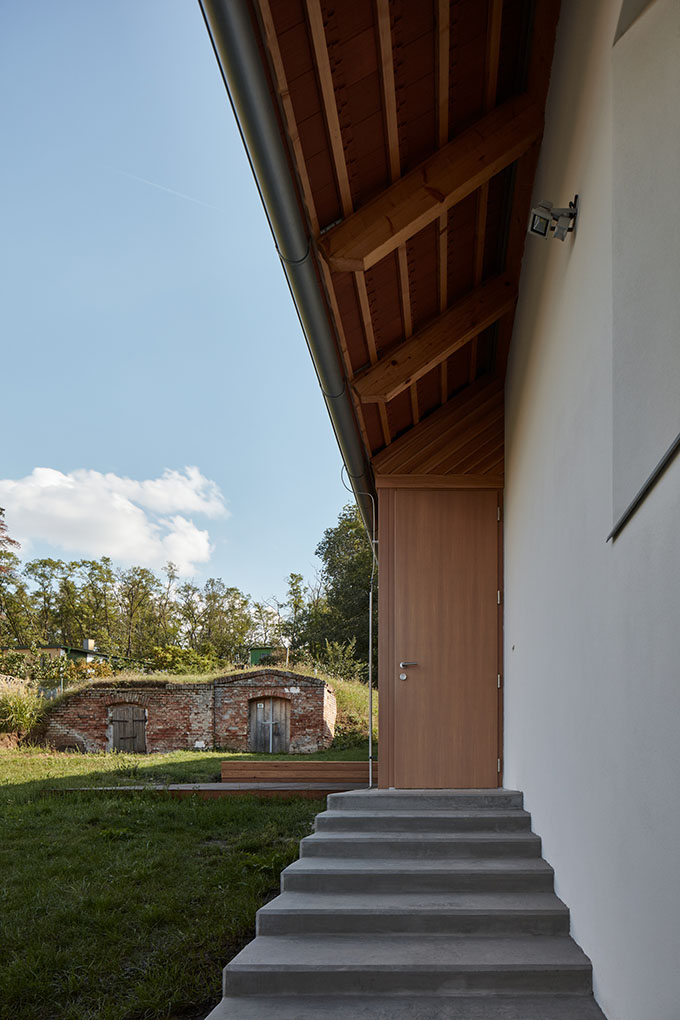 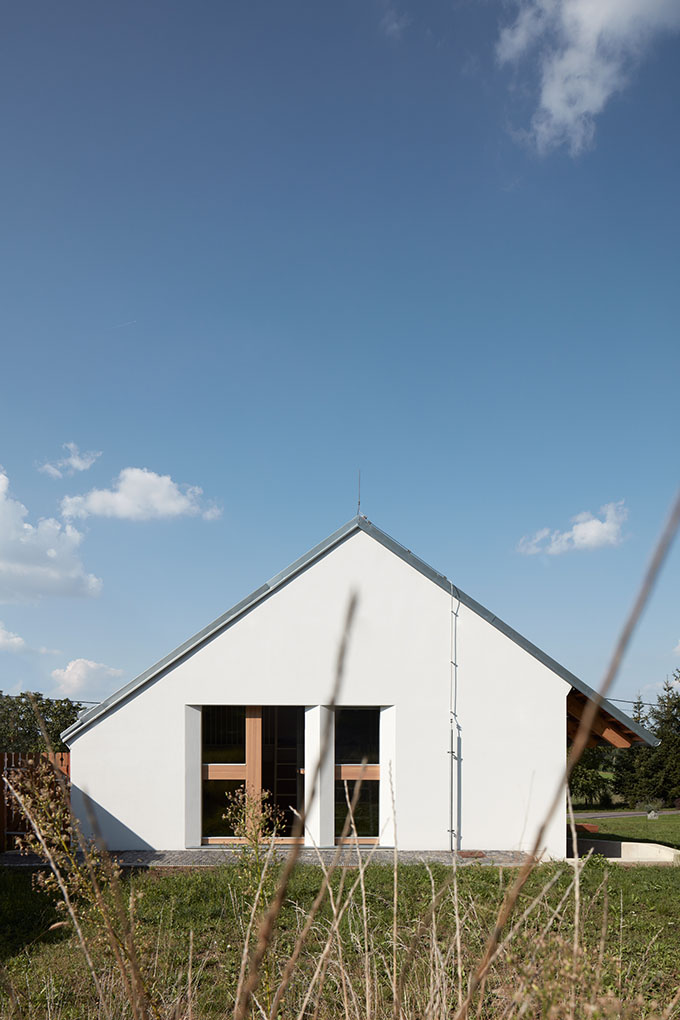 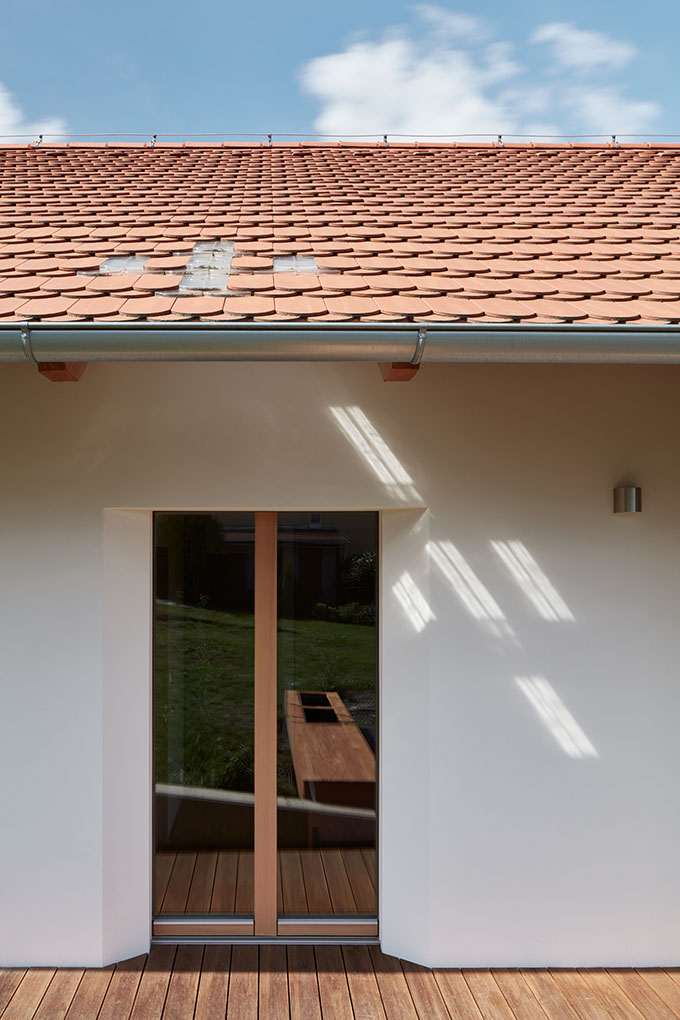 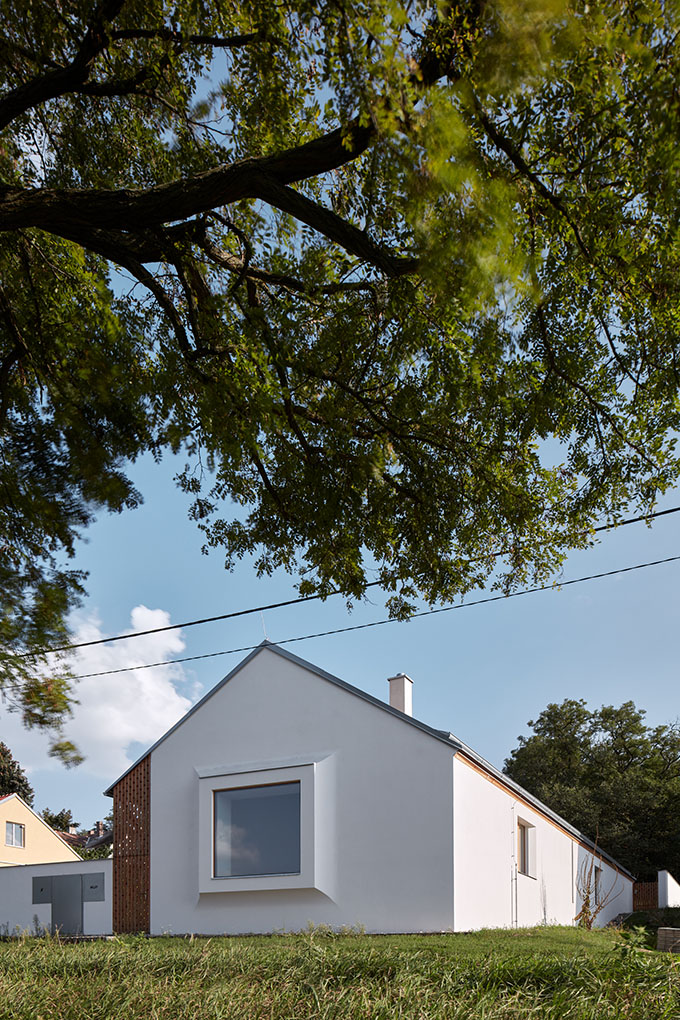 From the architects: The task was clear: Design for us a contemporary country house.

We began by exploring the concept of a contemporary Moravian village. Today, the definition of a rural house in Czechia seems to be ambiguous. Within a village, nobody pays attention to the historical and settlement context anymore. We think that Czech and Moravian village experiences one of the largest urban planning crises in history. Our aim was to show that a country house should not act as an urban villa placed carelessly in the middle of the estate, a phenomenon common for most of today’s projects. Rather than isolating the estate from its surroundings, it needs to open up and find its way back to the street. Instead of turning away from the street, we wanted to highlight its existence. Unlike a garage, a prominent window was to articulate the connection between the interior and the street. Nonetheless, maintaining privacy for the inhabitants formed an important consideration – a private courtyard located behind a wall is also a well-known feature of local country houses.

The estate is situated on the edge of a village, where the traditional rural structure has been replaced by villas of a more urban character. It seems as if the house formed an imaginary boundary between the old and the new urbanism. The plot is narrow and sloped. Our design came out in an elongated, single-storey shape. The scale of the house corresponds to the scale of a local traditional homestead. The building border has returned as near to the street and neighbours as regulations and neighbourly relationships permit. If it were only for us, the building would have been pushed right to the edge of the estate as it was usual hundreds of years before.

As the building owner works in agriculture, we first considered using rammed earth as the material for the exterior walls. Using this method, we would have had plenty of cheap straw and dung at our disposal. But in the end, the investor opted for using conventional cellular concrete blocks. The roofing is bright red and the walls of white so pure it makes one’s eye narrow. The traditional porch provides a pleasant shadow.

A gable facade with a bay window forms the face of the house. The bay window gently breaks through the facade and the surface gradually seems to soften. This is one of the main features of the house. We strove to maximize the view and to form a relationship between the house and the street. At the same time, we wanted to articulate the representative gable wall of a country house in a contemporary language. We refused to settle for small windows and wished to avoid exaggerated romanticism.

This house was our first commercial commission. That being so, the house owners expressed a great belief in ourselves. The construction lasted three (together with the initial design phase four) full years. During that time, we became friends with the investors. Until this day, we gladly and often keep coming back to Božice. 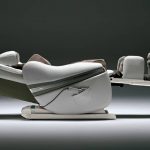 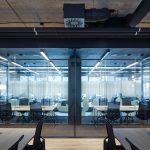