Arup has been appointed to develop a new 13.27ha city block next to Warsaw Chopin Airport. The new area will be designed, constructed and operated in accordance with the principles of sustainable development. Arup has been appointed to develop a new 13.27ha city next to Warsaw Chopin Airport, one of the largest and most modern airports in Central Europe.

The new airport city will be located 7.5km from the city centre and will include transport connections between the complex, the airport, the city centre and other districts. There will also be easy access to the main railway stations allowing travellers to reach Warsaw in less than 20 minutes.

“This project is an example of our successful relationship with the client -Polish Airports. We aim to design a city that will become a model for other similar investment projects in the future.” —Elzbieta Cichonska, Project Director, Arup 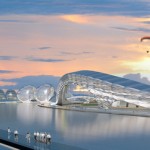 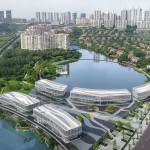