Brooks + Scarpa have designed winning entry for the new Holocaust Memorial to be placed in Tallahassee on the South Plaza of the Florida State Capitol Building. The memorial will recognize and commemorate the millions of people, including six million Jews, murdered by the Nazis and their collaborators before and during World War II in Europe and to honor the survivors of the Holocaust.

The interactive sculpture, measuring 12′ x 12′ x 16′, will serve as a portal through which visitors can enter and exit the memorial’s etched walls. They will be greeted by a bronze-clad interior separated into 22 panels, each representing one of the 22 countries where Jewish communities were destroyed during the Holocaust. The bronze panels will be inscribed with random phrases representing the Holocaust victims’ struggle and hope. Each pair of phrases cut into the bronze panels would represent the 6 million individuals murdered in the camps, with the numbers covering the whole surface of the panels so visitors could comprehend the immensity of the loss of life.

From the architects: “Passage of the Heart” is a portal where visitors can enter and pass between the stone wall of the memorial. They will encounter a bronze clad interior divided into 22 panels representing the 22 countries in which Jewish communities were destroyed during the Holocaust. It is intended that the bronze panels be etched with random numbers symbolizing the registration numbers forcibly tattooed on the Jews when they were brought to the death camps. Each tiny set of numbers cut thru the bronze panels would represent the 6 million people murdered in the camps, and the numbers would cover the entire surface of the panels so visitors can see the magnitude of the loss of life. At night the number would be backlit and glow thorough the evening as a symbol of enduring life thru tragedy. Digital images can also be created separately as an educational component linked to the memorial and projected on the panels to heighten the experience and serve as a reminder to all future generations. Some may see the bronze panels as a reference to the gold extracted from Jews by the Nazi state. But it also represents something more hopeful, with the gradual weathering process of the material, which will darken over time like an old penny, suggesting resilience and durability through physical trial. We want to prompt visitors to think about their moral and ethical responsibilities when they see injustice. There is also a location between the walls of the memorial where visitors can place, and leave small mementos reminding others that the memorial is about real people, tragedy, hope and the power of the human spirit. 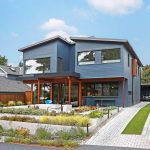 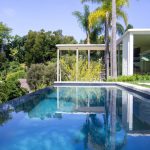