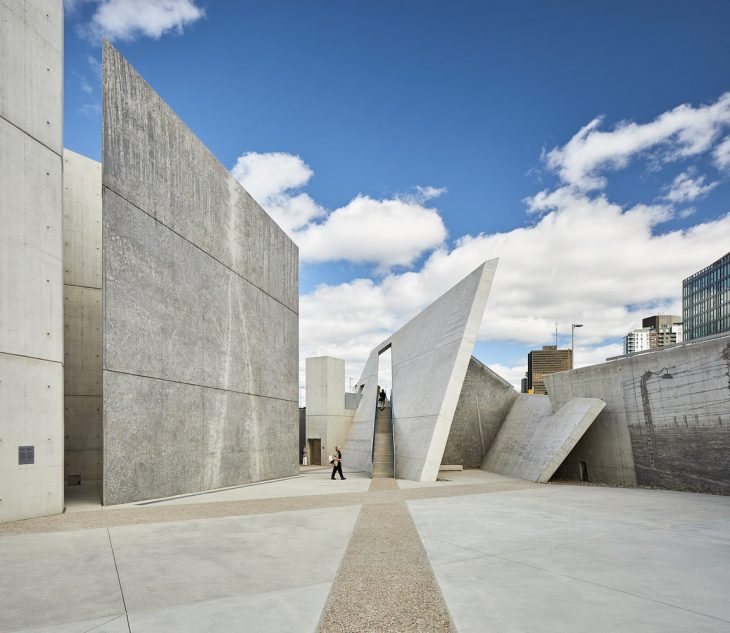 Studio Libeskind designed this impressive structure, located in Ottawa, ON, Canada, in 2017. Take a look at the complete story below.

Centrally located at the corner of Booth and Wellington Streets across from the Canadian War Museum, the .79 acre site connects the museum to the historic center of the capitol city. The cast-in-place, exposed concrete 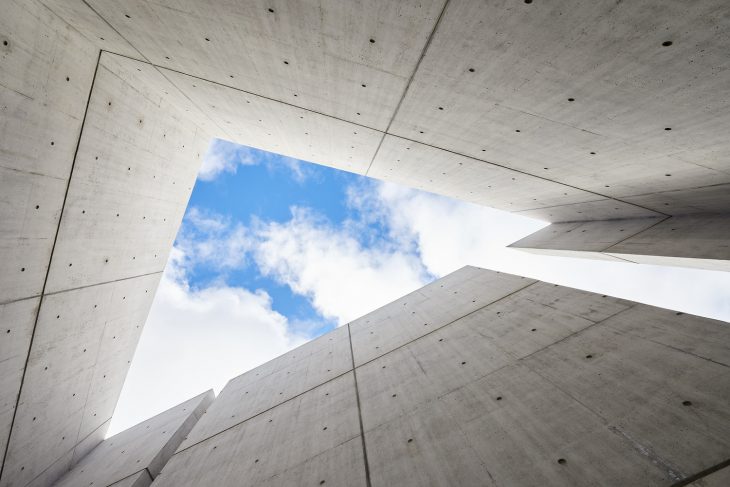 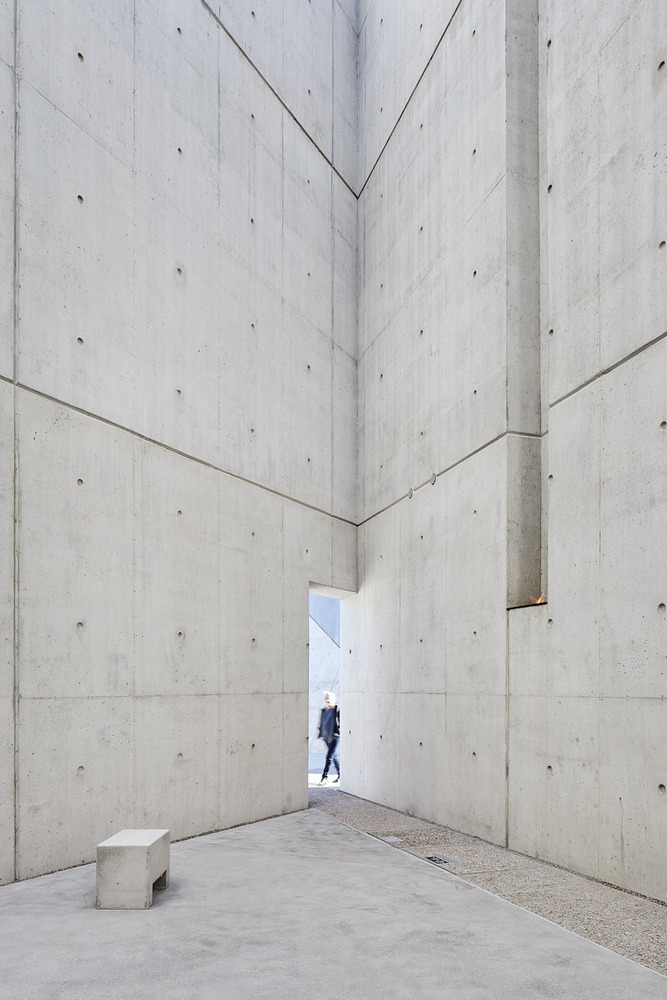 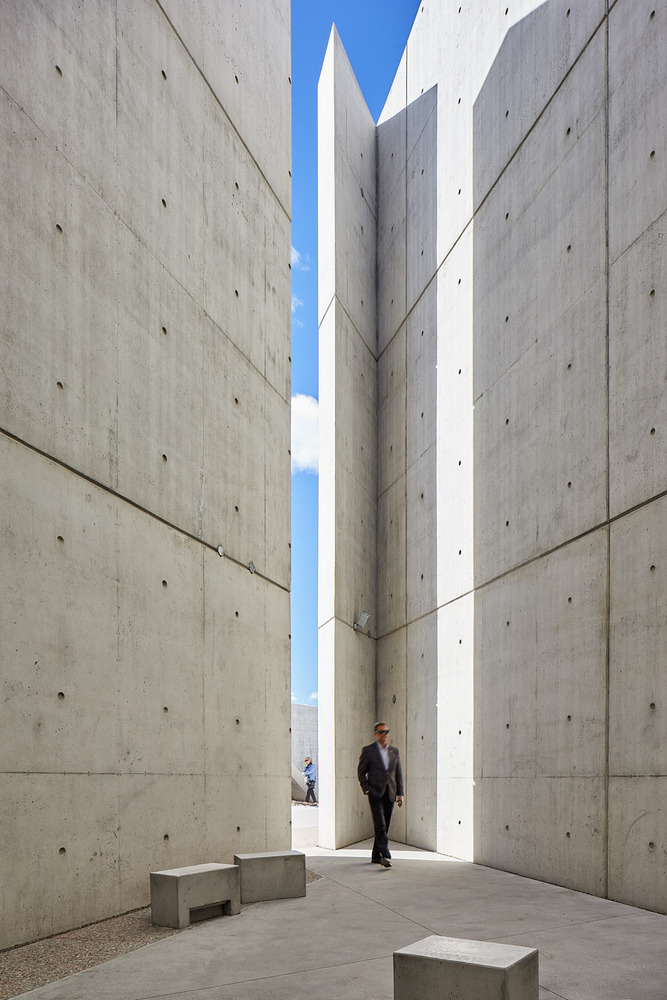 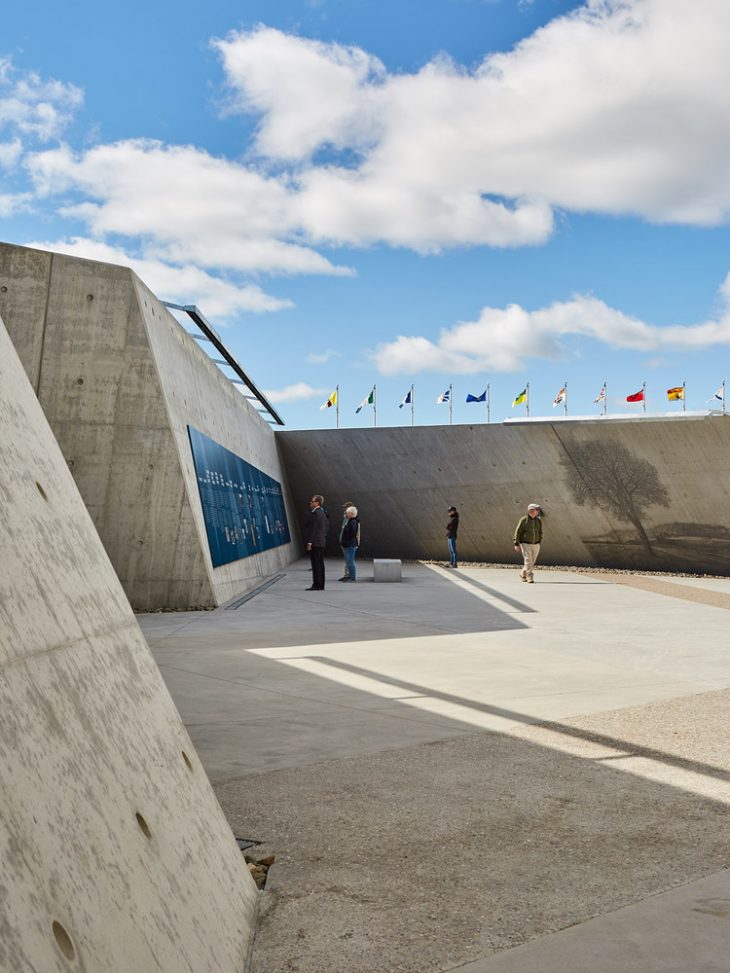 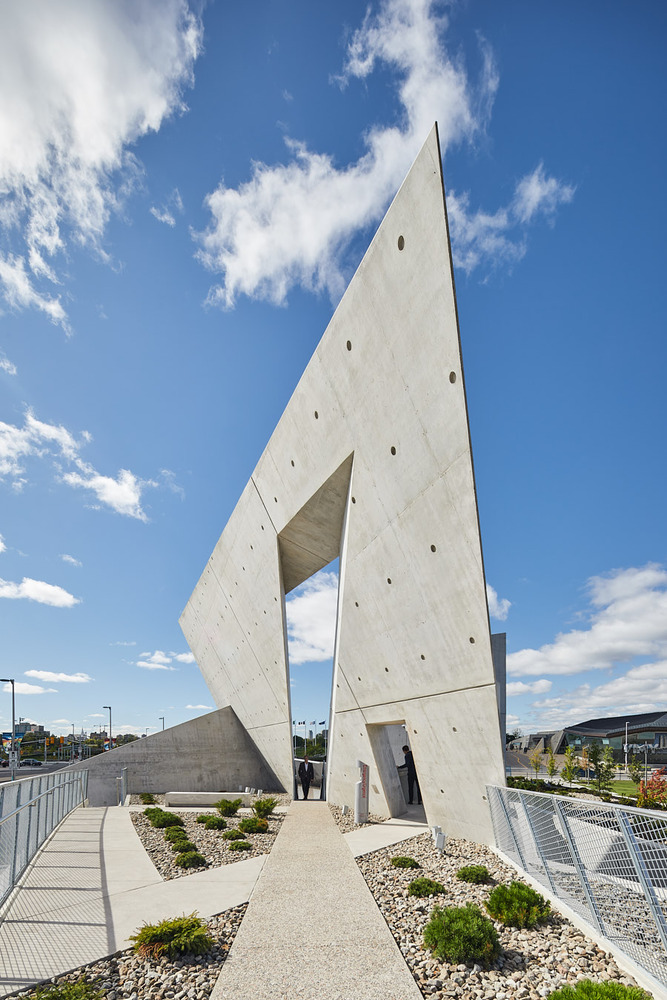 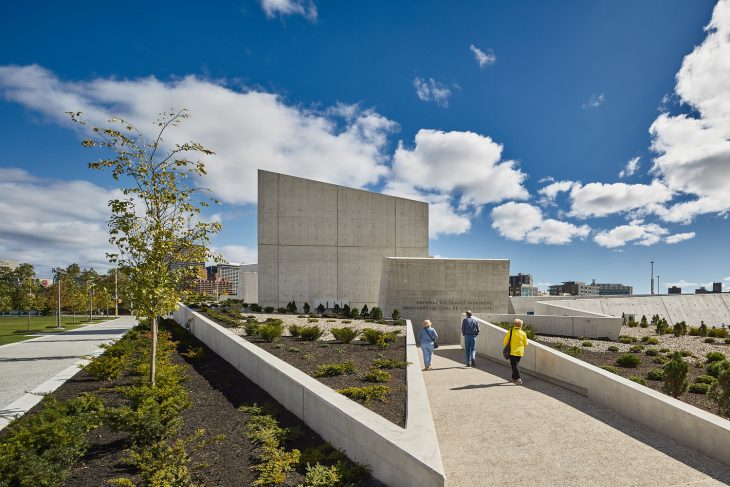 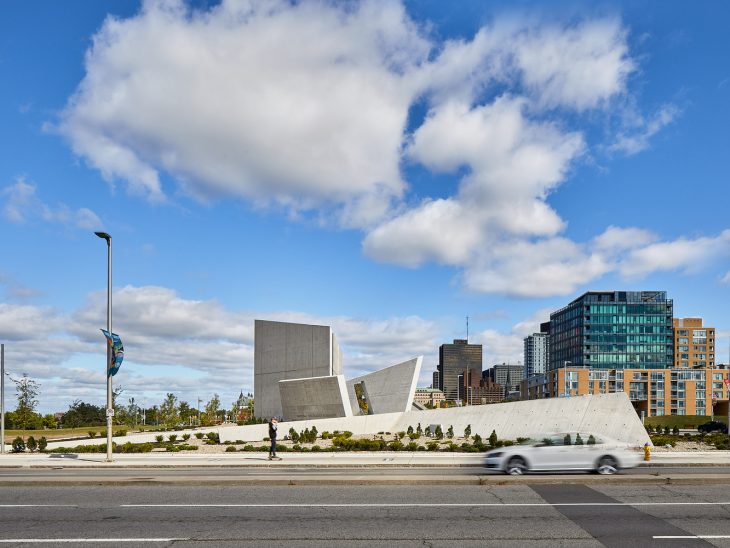 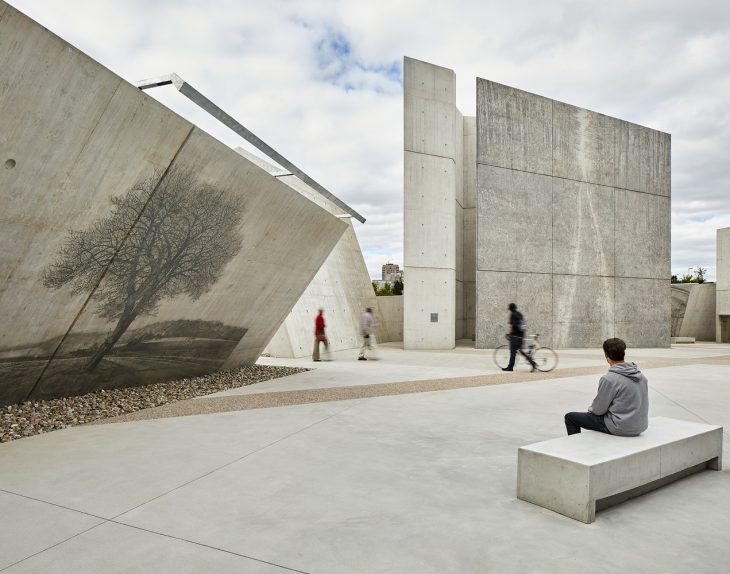 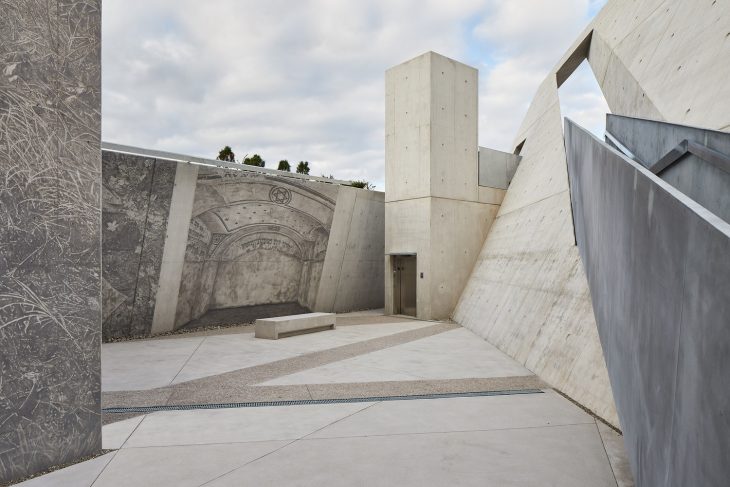 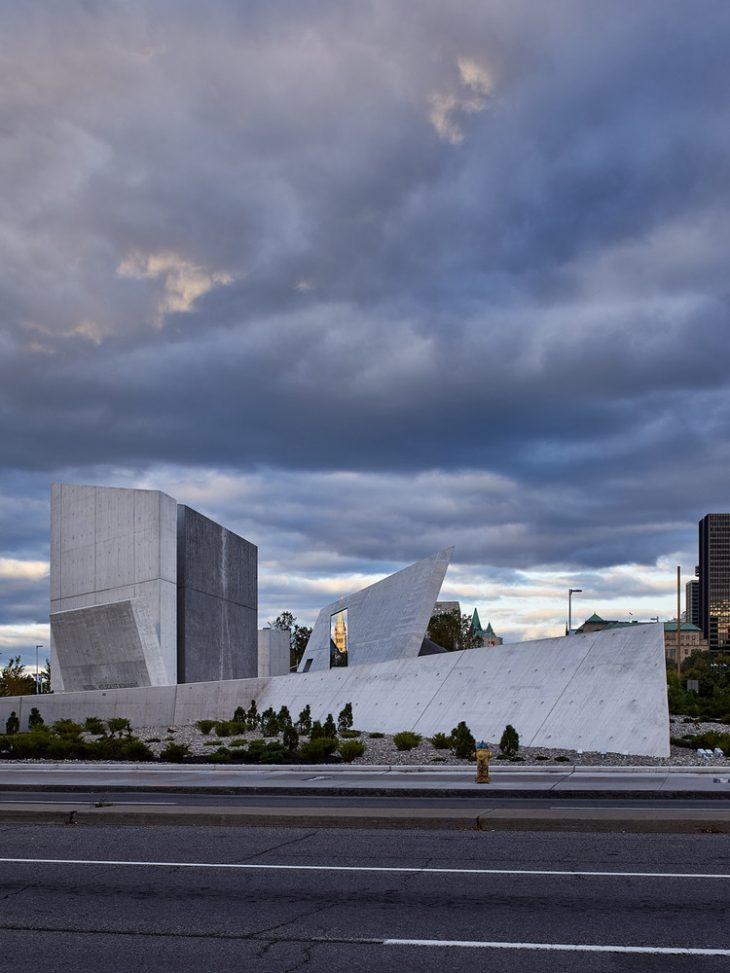 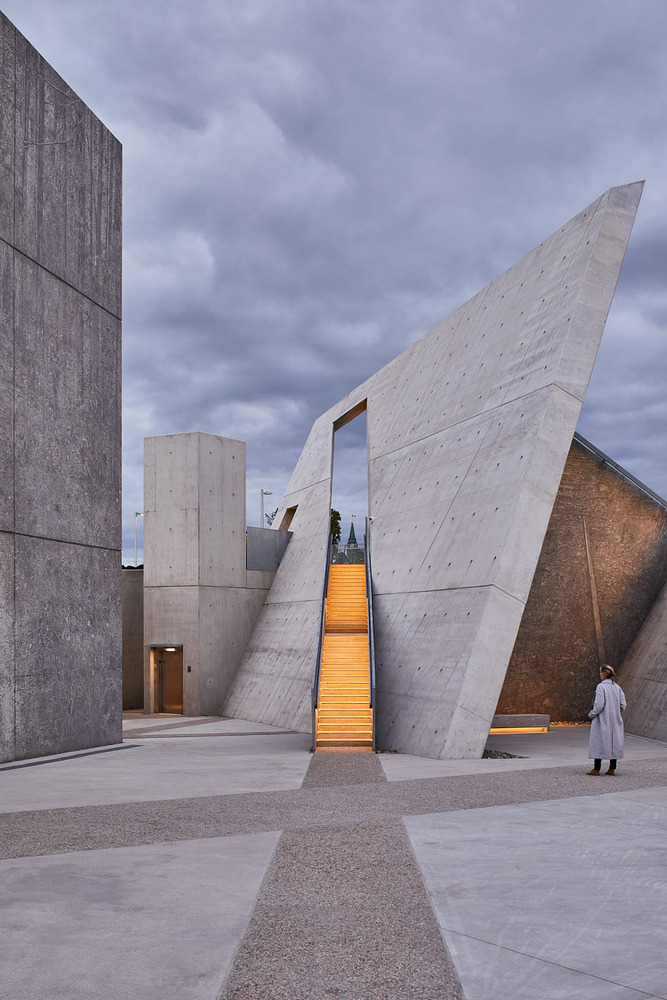 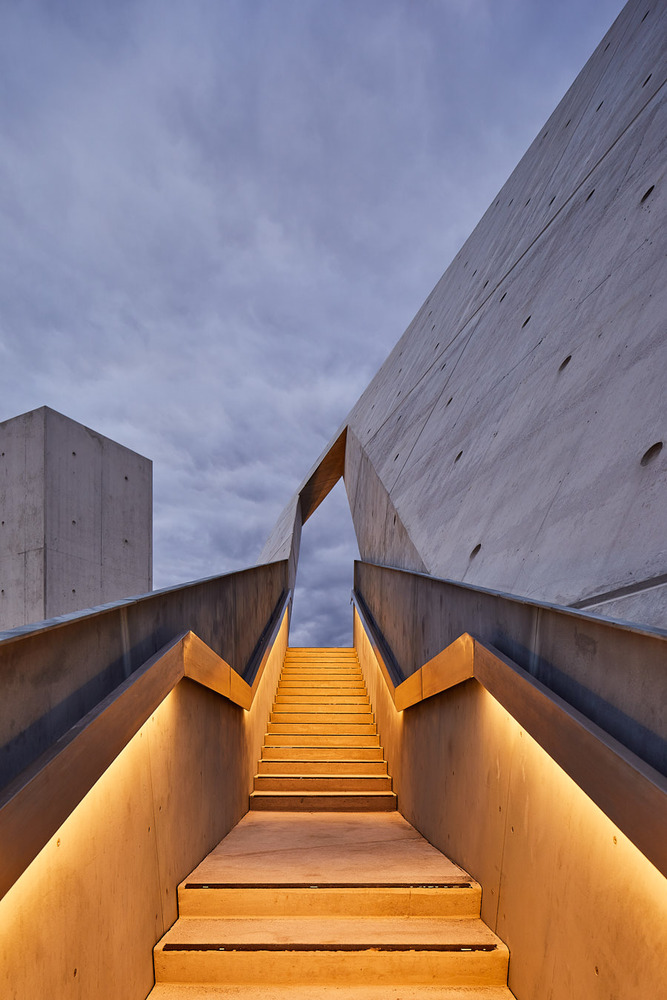 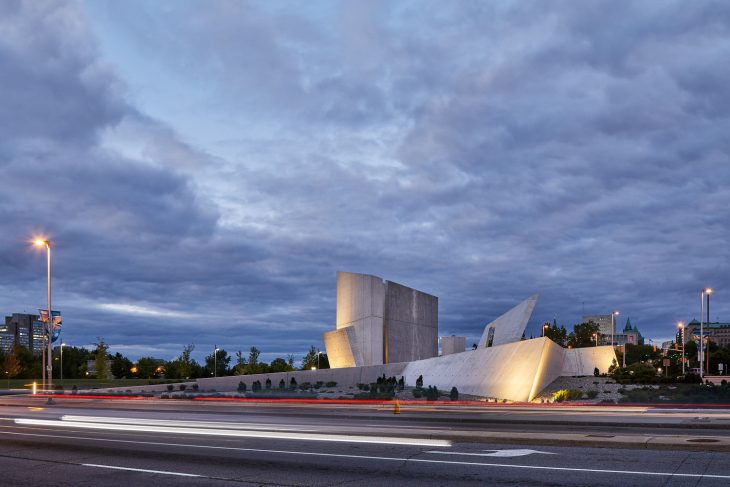 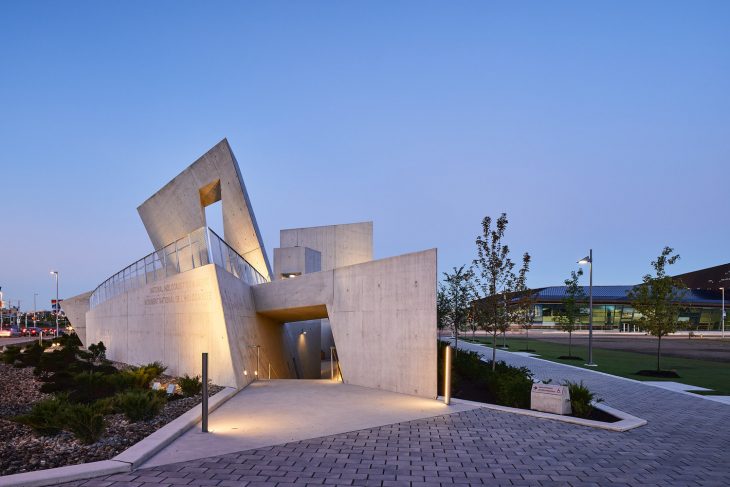 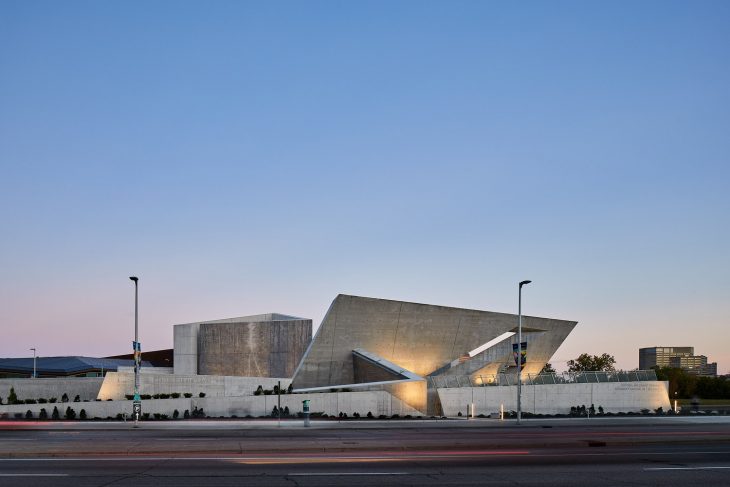 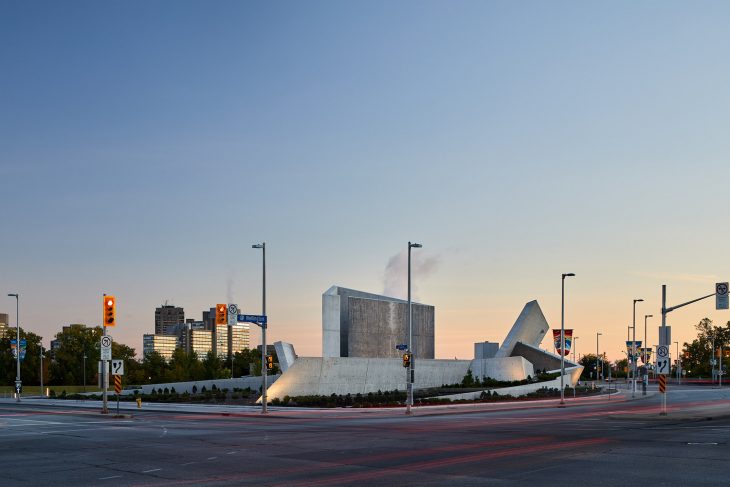 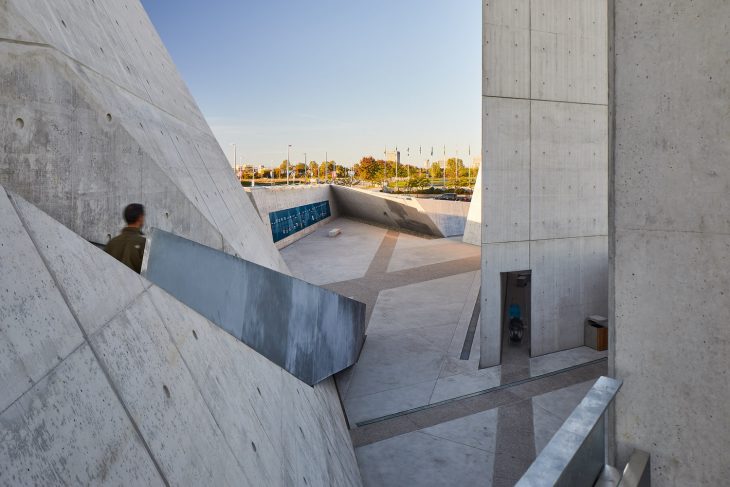 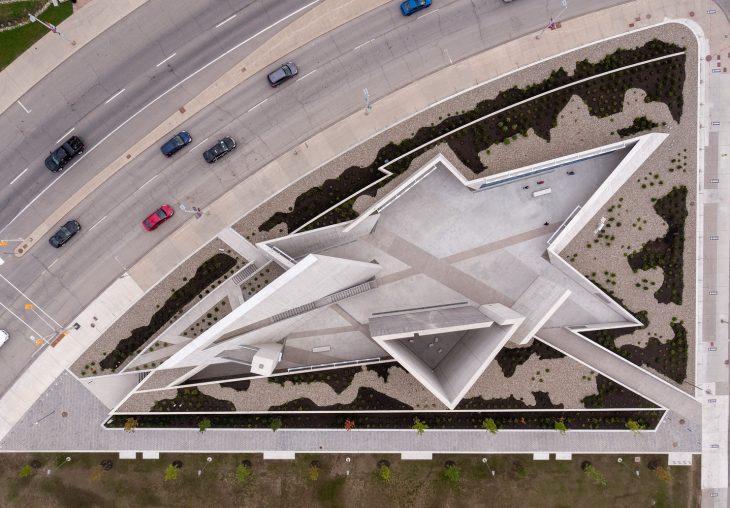 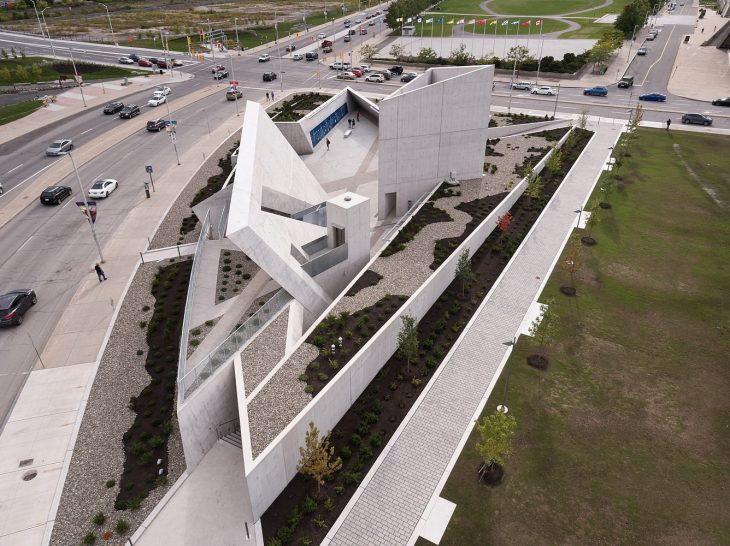 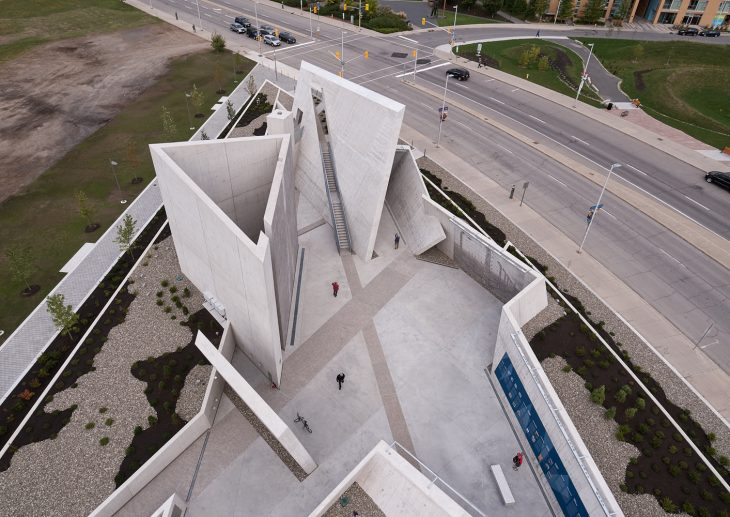 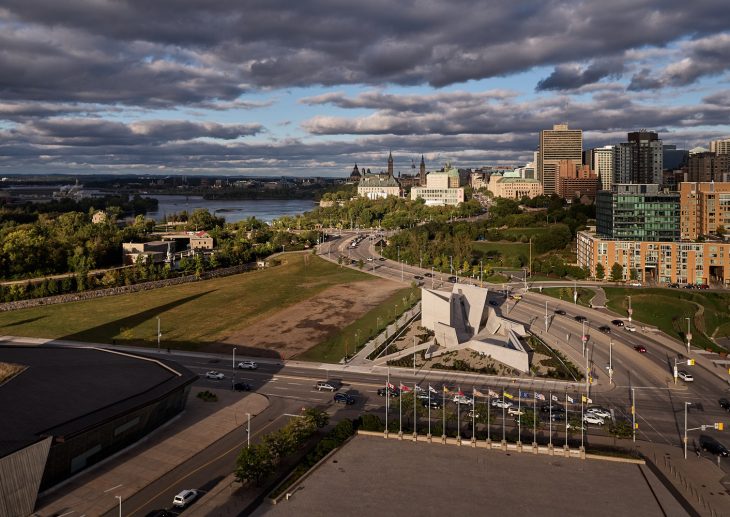 Monument is conceived as an experiential environment comprised of six triangular, concrete volumes configured to create the points of a star. The star remains the visual symbol of the Holocaust – a symbol that millions of Jews were forced to wear by the Nazi’s to identify them as Jews, exclude them from humanity and mark them for extermination. The triangular spaces are representative of the badges the Nazi’s and their collaborators used to label homosexuals, Roma-Sinti, Jehovah’s Witnesses and political and religious prisoners for murder.

The Monument is organized with two physical ground planes that are differentiated by meaning: the ascending plane that points to the future; and the descending plane that leads visitors to the interiors spaces that are dedicated to contemplation and memory. Six triangular concrete forms provide specific program areas within the Monument: the interpretation space that features the Canadian history of the Holocaust; three individual contemplation spaces; a large central gathering and orientation space; and the towering Sky Void that features the eternal Flame of Rememberance, a 14 meter-high form that encloses the visitor in a cathedral-like space and frames the sky from above.

Edward Burtynsky’s large scale, monochromatic photographic landscapes of current day Holocaust sites – death camps, killing fields and forests – are painted with exacting detail on the concrete walls of each of the triangular spaces. These evocative murals aim to transport the visitor and create another dimensionality to the interiors spaces of canted walls and labyrinth-like corridors.

The Stair of Hope rises from the central gathering space, cuts through a dramatically inclined wall and points at the upper plaza towards the Parliament Buildings; a gesture that recognizes and acknowledges the Canadian survivors who have contributed much to Canada and who continued to play an important role in exposing the dangers of state sponsored genocide.

Surrounding the monument, a rough landscape of various coniferous trees will emerge from the rocky pebbled ground. This landscape will evolve over time representative of how Canadian survivors and their children have contributed to Canada.

The National Holocaust Monument, established through the National Holocaust Monument Act by the Government of Canada, will ensure a permanent, national symbol that will honor and commemorate the victims of the Holocaust and recognize Canadian survivors. Through an international design competition, Lord Cultural Resources and its multidisciplinary and multicultural team, was selected to create the Monument for the Government of Canada.