The complex will not only serve the Muslim community, Tirana embraces all three major religions Orthodox Christianity, Catholicism and Islam, with a recent completion of two new churches all the religions will have a place of worship in the epicenter of Albanian capital. The newly build centre will educate the public about Islamic values and take and take an important role in fight for religious tolerance.

View a project for the Open Parliament of Albania designed by COOP HIMMELB(L)AU. 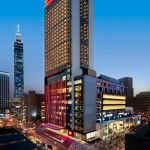 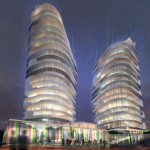