Bioclimatic Pergola could be the best investment you have made in your own home, or to be exact outside of it. That said, a bioclimatic installed at the same place is to easily make the outdoors feel a part of your indoors.

ARCHISCENE Magazine Editors and resident architects discuss the benefits of having a bioclimatic pergola installed:

What Is a Pergola?

Firstly, we need to know what exactly is a Bioclimatic Pergola? What are the uses and benefits of the same? To start we need to know what pergola actually is. Pergola became largely popular as an architectural feature during the Bauhaus era in architecture. An architecture movement became popular in the early 20th century. The view of the Bauhaus movement was creating a strikingly different new form of architecture with the design vastly improving the life of its inhabitants. The key was functionality, thus pergolas are often part of Bauhaus building. Made often out of concrete materials the pergolas served as a constant shade. However the angles of the same would block the sunlight during its peak, yet allow the light to flow throughout the open space freely. Thus creating a shade yet allowing an even light flow throughout the outdoor and even in some examples indoor space.

So, Then What is a Bioclimatic Pergola?

Bioclimatic Pergola follows the concept of its original predecessor – the old Pergola. It serves as a light shade, however the automation of the same allows the homeowner to control the light flow. For home owners this is a bonus feature. Instead of static old school pergola the bioclimatic one on the other hand allows you to block out the sun at its harshest hour. Furthermore, it allows you to entirely remove the pergola with a click of a button. This simply said intelligent solar protection will also allow you to regulate the temperature inside and outdoors. Possibilities are endless, especially with companies specialising in design of Bioclimatic pergolas. Today they offer custom design, custom features and consult with the residents and architects before installing the same. To find out more you can visit the website of such a company specialized in the design.

Unlike the old static pergola the bioclimatic pergola allows additional protection. This time protection from the rain. By closing the pergola you can protect your outdoor space from excess rain. Thus this feature can also allow you to use outdoor furniture.

One of the greatest benefits of owning a house is the possibility of creating a connection between your indoor and outdoor space. In this case a bioclimatic pergola can allow you to turn a patio, or any outdoor space into an additional summer room. If you are lucky enough to live in a warm climate, you can get around the year usage of an outdoor space by installing a feature such as a bioclimatic pergola. Nevertheless, even if it is only for a season, having a beautiful outdoor space to enjoy only in the summer is a priceless benefit of its own. This does not have to be your backyard only. Pergola can also help apartment owners. With the right permits you can make the most of your outdoor terrace. If you are lucky enough to have a roof, installing a rooftop bioclimatic pergola will redefine the usage of the rooftop during summer for you and your family.

Simply said this is one of the most easiest ways to enlarge your house, and make the most of it.

Finally, spending time outdoors will make us appreciate our own living space more and enjoy the outdoors. Thus making our daily lives far more comfortable and relaxing. This is far more important than merrily the value of a property. 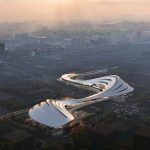 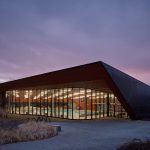