Development Architectural Group designed this stunning summer residence in Calamuchita Valley, Argentina. By creating a vast open space consisting of a long and broad gallery and its correspondence with a kitchen/living room of the same length and double width, the concept intends to bring the lake’s large water reflection inside the house. As the house’s fundamental architectural notion, both spaces metaphorically ‘leak’ into the lake. Take a look at the complete story after the jump.

From the architects: Located in the Calamuchita Valley, this summer house has lake Los Molinos as the main landscape of its surroundings. The mountain range is also a protagonist when looking west, which incurres in an exiting balancing challenge between the beautiful view and the high-hitting sun in the afternoon.

The architectural program starts from a concise point of view, intending to introduce the lake’s big water mirror inside the house, by generating a large open space consisting of a long and wide gallery and its correspondence with a kitchen/living room of the same length and double width. Both spaces metaphorically ‘leak’ into the lake, as the main architectural idea of the house.

Along with this concept, additional important requests were taken into consideration. The main façade facing west consists of a large double-height, exposed concrete screening wall. Working as a multi-source lantern towards the inside in the afternoon, and a regulator of the intense sun. From it, the top-floor staircase’s steps ‘grow’ with a floating, cantilever design of the same material.

This same wall is separated from another one that works as a visor/cap, letting the air flow through to cool it off. A series of beams reflect shadows on the rest of the façade to reduce the sunlight’s effect as well.

The humid area consists of closing the north-facing section on both the ground floor and the top-floor, thus allowing control of the prevailing wind, which is strong notorious on this location, out in the open.

Towards the south, an exposed concrete bib controls the flow of the south wind through the gallery.

On the upper floor, only the master bedroom is to be found, where the view of the lake in the corner stands out and a framing of the same previous material creates a perfect picture of the landscape. From the bedroom, a terrace exit gives the possibility of two opposite and unrepeatable views: on the East, the lake, and the Sierras Grandes towards the West.

From a technological standpoint, a traditional wet system is used, incorporating metal columns that give the main space a feeling of openness and weightlessness.

The exposed concrete is present throughout the house, and it is the material that rules all textures. In counterpoint to this, the pool is built in continuity with the gallery, reflecting the concrete on its surface, while generating a continuous line towards the large mirror lake.

Ultimately, smaller exposed concrete service volumes support the slabs of the same material, covered in loose pellets to lower the temperature of the fifth façade. 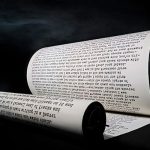 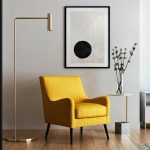