Even before experiencing a major plumbing issue, there are often subtle signs that something may be wrong. Homeowners often ignore these signs but pay a heavy price when the problem worsens. Regularly inspect your plumbing system to ensure everything is in order. Here are some of the signs you should look out for:

Decreasing water pressure may not significantly affect your daily routine initially, but it is a sign that something may be wrong with the water lines. Low pressure could mean a clog in the pipes or a broken seal. Undetected leaks, which can cause major damage if left untreated, are also possible causes.

Contact a plumber for assistance if you have checked the main water supply, and the pressure remains low. DFW plumbing experts will inspect the pipes and identify the cause of the problem.

You may hear gurgling, whistling, or banging noises from your pipes. These could be signs of air in the lines, leading to a loss of water pressure if unchecked. You may also hear a hissing sound, indicating a leaking pipe.

When the water heater makes strange noises, call a professional to investigate the problem and determine whether it needs repairs or a replacement. Possible issues are sediment buildup, a faulty thermostat, or too much pressure in the system.

Strange smells from your drains or near the water heater signal issues such as gas leaks or sewage backup. Sewage smells result from bacteria accumulation from food particles, hair, and other substances that block the pipes. If the smell comes from a single fixture, it’s likely due to bacteria buildup. However, if you detect the odor in multiple areas, you may have a major issue, such as sewage system backups. Contact a plumber immediately, as it may indicate a major plumbing issue, such as a broken sewer line.

Watermarks on walls and floors, sagging ceilings, or damp insulation are signs of water leakage, which a plumbing issue could cause. You may also have an undetected leak under the foundation or within the walls, which can cause water damage to your home. Take precautions such as checking for damp floors, stained ceilings and taking note of any dripping taps or leaking pipes. Mold and mildew buildup are also indicators of a possible water leak.

Backflows result from contaminated water flowing back into your system. It can cause various health issues. If you detect an odd taste or smell in the water, dont ignore it. You should also check the water pressure, as it decreases when there’re backflow issues.

Unusual Color or Taste of Water

Rust-colored water is often caused by corroded pipes, while dirty and smelly water could signify sewage problems. It’s also possible that chemicals are leaching into the pipes, which could be a sign of plumbing damage. Contact your plumber immediately, as they’ll determine the cause and repair any defects.

A buildup of hair, soap scum, food particles, or debris often causes slow-draining sinks, showers, and tubs. When left unchecked, the blockage will worsen and cause water to back up into the sink. Serious clogs require professional assistance who have special cleaning devices or a snake.

Never ignore an issue, no matter how insignificant it seems. Remember that most plumbing issues start small and quickly become major problems if not addressed. Keep checking the system, noting any strange sights, sounds, or smells, and contact the appropriate professionals if necessary. 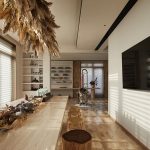 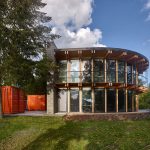