The Historic American Building Survey completed by the National Park Service compiled a detailed and fascinating history of the architectural design elements of the properties located in Rancho Santa Fe. This gorgeous area is a modern testament to the power of community planning and a devotion to artistic style and architectural beauty.

In 1841 a Mexican land grant of nearly 9,000 acres was awarded to Juan Maria Osuna by the Governor of Alta California. Originally named Rancho San Dieguito, the immense property was destined to become a showpiece of the region.

In 1906, the entire grant was purchased by the Santa Fe Railway in order to create a plantation of blue gum eucalyptus to be used as railroad ties. The lumber from the trees lacked sufficient strength to serve the desired function which prompted the company to change their investment strategy. The Santa Fe Land Improvement Company was formed to begin planning a community of lavish country estates. About 6,000 acres of the original land grant were repurposed and eventually renamed.

The current designation of the area as Rancho Santa Fe occurred in 1922. According to the earliest records, the developers considered the community ideally suited to become a series of gentlemen’s ranches. Located in the hills north of the city of San Diego, winding roads provided charming connections to small farms that radiated out from the commercial core of the community.

The unified architectural design elements, as well as a creative and well thought out landscape design, have served the community well. They are also clear markers that the community was developed with intent and are part of the historic significance of the community as a whole. Rancho Santa Fe played an important role in the field of community development.

Much of the original vision for Rancho Santa Fe is still evident in the community. The original ranches were envisioned as small farms and ranches. Today, the area is a stunning example of the famous California ranch community. The original ranch ideal of farms has been replaced by the modern notion of a ranch home that idealizes spacious homes with generous yards surrounded by and abundance of opportunities to enjoy nature in the surrounding area. Among the residents of the community, there is a great deal of interest and pride in the history of Rancho Santa Fe. Those who move to the area do so because of the exclusivity and beauty of the area that was written into the very DNA of the town. Residents tend to value historic authenticity in the design elements of new buildings and those which are renovated for new purposes or owners.

The protective covenant is responsible for the successful nature of the community. It established land use and zoning regulations which have allowed the area to remain as pristine as the developers envisioned. It was so popular among residents that it was renewed in 1973 and continues to exert significant power in the process of residential and commercial development. All new developments must maintain the high artistic result mandated by the original Covenant in 1928.

The beautiful classic Spanish Revival architectural design continues to draw in artistically minded residents who enjoy the beauty and thematic nature of the community. 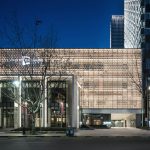 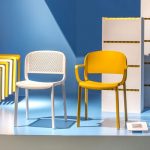