From the Architect Khaled ElAshry:

The most remarkable characteristic of Korean philosophy is the thought of “Chun (heaven, 天)”. Koreans have a deep desire to become one with “Chun”, and carry nostalgia for heaven. Thus, Korean art contains a spirituality directed toward “Chun”.

The Dangun mythology provides a basis for the belief that Koreans were originally people of “Chun”, through the story of Hwan-ung. It also indicates that the teachings of Confucianism, Buddhism and Taoism formed a unified truth within Korean minds. Therefore, the ultimate goal of human completion for the Korean is to become a “Chun-like human”. Thus, Korean design also seeks a “Chun”-like design. So such thinking appears in the physical form of “flight” and eventually moves to “Bi (flying)” toward indiscriminative “chaos”. The slightly turned up corners of Korean pagodas, the patterns and flying angel images on The Great King Seongdeok Bell, the curves and proportions of Korean traditional costumes, roofs of Korean buildings, etc., are all good examples. In Korean thought, heaven does not manufacture, but contains everything. Thus, the expressions in Korean design are pure, bright and simple. Perfect depictions of the realistic shape or highly mechanical finishes are not preferred. This results in abstractness.
Designs like “Chun” are like a design following nature, a design created by the “public self” without self-interest. This means embracing everything from a holistic standpoint transcending the individual standpoint, and putting public interest before private interest. Therefore, in Korean design, a design without a moral is meaningless. The recovery of morality in design is the discovery of “Chun”, which is Korean originality. Another characteristic seen in Korean thought and art is “Muwi”, not doing. The expression of Muwi does not come from consciousness, but from the world of unconscious “senses”. Koreans are more highly developed in non-logical “senses” than in logical reason. This is called “the original state of mind” by Confucians; “Seongseong Jeokjeok (quiet and peaceful 惺惺寂寂)” by Buddhists; and “nature” by Taoists. This refers to the inborn origin of goodness, the “originality” and existent in everyone’s life. Thus, the design of Muwi is not a design that does nothing. It is doing, but “not being aware of doing”. Therefore, Korean design should be something pure and natural that does not cover the essence of objects, rather than an expression based on sensibility.

It is the “soft and flexible” described in Taoism. Softness and flexibility can only be felt in living things. Here, there is infinite vitality and freedom.
Furthermore, there is no set pattern for the mind, which is the essence of human beings. Korean design is not confined by rules or order. Korean design may be called design of the indeterminate. Rather than expressing objects, it expresses the free, unconfined spirit. The indeterminate design is without clear boundaries or distinctions. There is no regular grid. Grids have order, but lack freedom and vitality. Korean design is warm. The warmth originates in the “In (benevolence)” of Koreans’ personalities. A person that is “In” is “a person who practices love”, “a person who lives by his/her nature”, and “a person with spiritual culture.” Such a person reveals “Eui (righteousness 義)”, “Ye (propriety 禮)”, and “Ji (wisdom 智) based on “In (仁)”. These four virtues form the fundamentals of the human being, and people set the basic orientations for their minds and shape their ways of life based on these virtues.
Life based on such human nature involves playing one’s role loyally according to the situation and harmonizing with others based on the faith that others and I are “one”. This demonstrates that Koreans’ values lie in “In (仁)”, rather than “Ji (intellect 知)”. Thus Korean design takes a rounded, warm and embracing form originating in the “In” sentiment from human nature. Expressions based on knowledge are accurate, sharp, and dry. To Koreans, intellectual expression may be of temporary interest; however, it cannot maintain a good feeling for a longer period of time. But expressions that are true to the original aspect and not hypocritical, ordinary expressions, and expressions that are not complex or difficult, tend to have a long lifespan Simple and warm things have a philosophy. This is the sentimental expression and practical expression method of Korean design.

Inorderto put the 21st century paradigm into practice, a philosophy is established by “knowing oneself, and maintaining the right attitude”. Thus, Korean contemporary design will be able to acquire universal sympathy and competitiveness when designers fully understand Korean thought. The new paradigm of design based on the three concepts deducted from Korean thought – abstractness, life, and human nature – will proceed to a higher dimension of cultural harmony between East and West, maintaining a balance with the previous experience of Western material culture. Furthermore, the establishment of Korean design philosophy will provide principles to create new methodologies for Korean design in a new era. 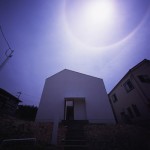 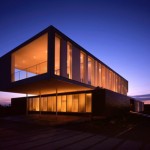