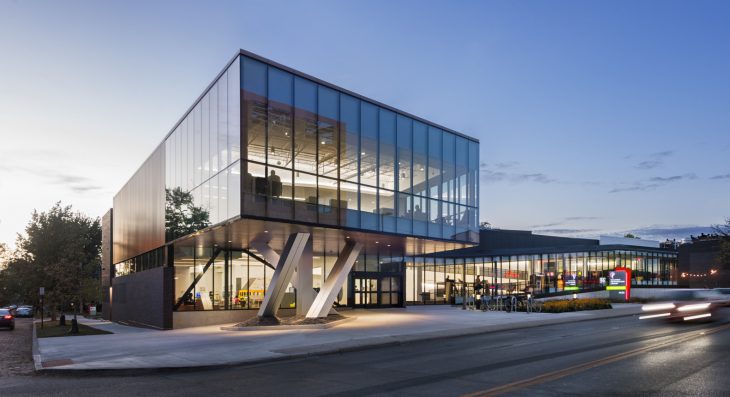 NBBJ designed the Northside Library located in Columbus, OH, United States, in 2017. Take a look at the complete story below.

Libraries are in transition. Once a point of knowledge dissemination and quiet introspection, they are becoming places to meet, socialize, study, hang out and plug in. Historically, we have seen a library’s civic value shift from a place for things, now, to a place for people. Its unique nature is that it maintains the tenants of a public service institution, while embracing the increasing proclivity of people to seek environments to carry out activities that blur the line between research, socialization, knowledge-seeking and play. 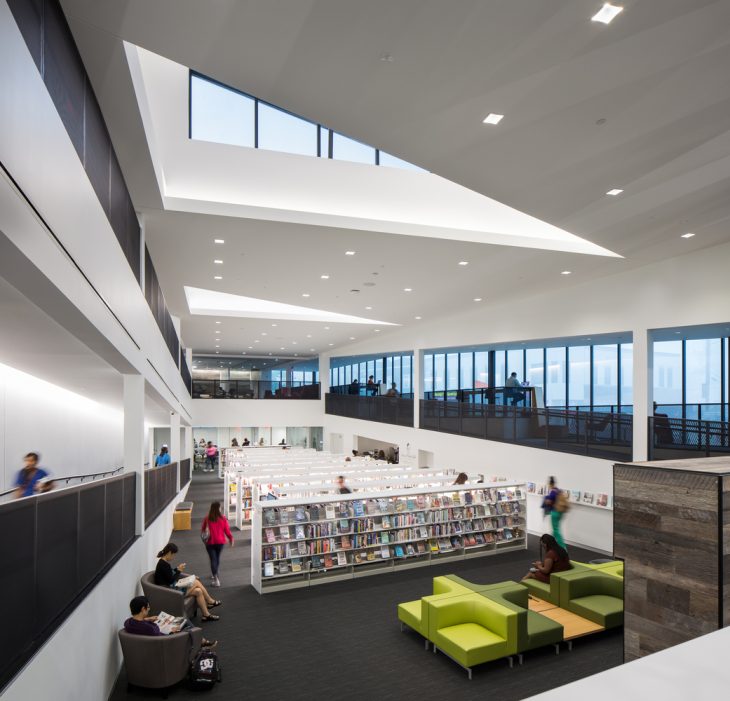 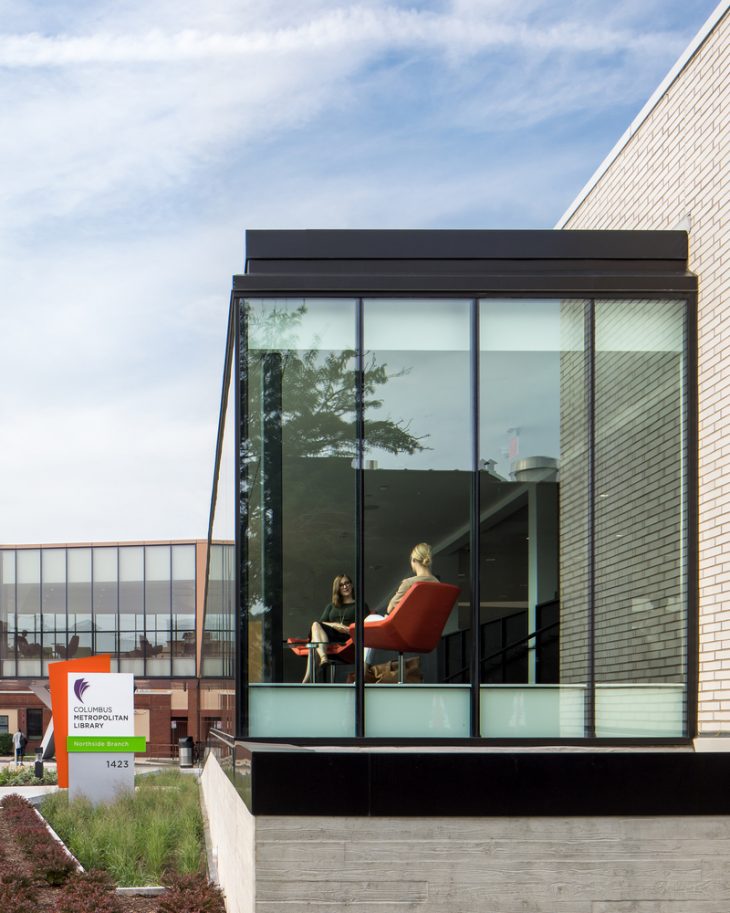 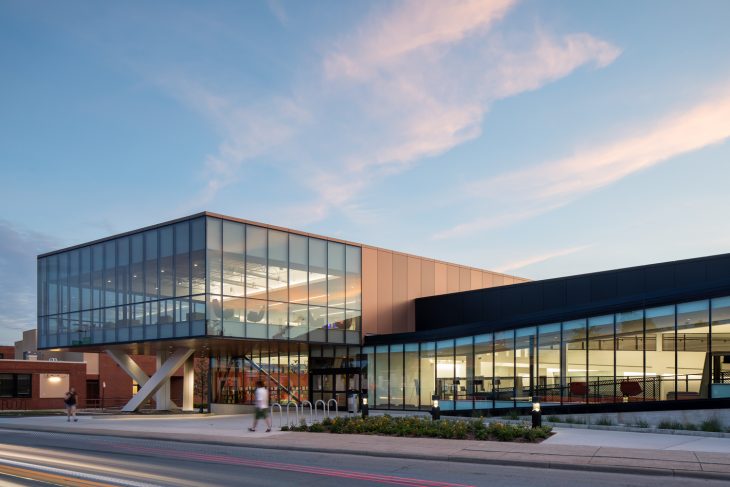 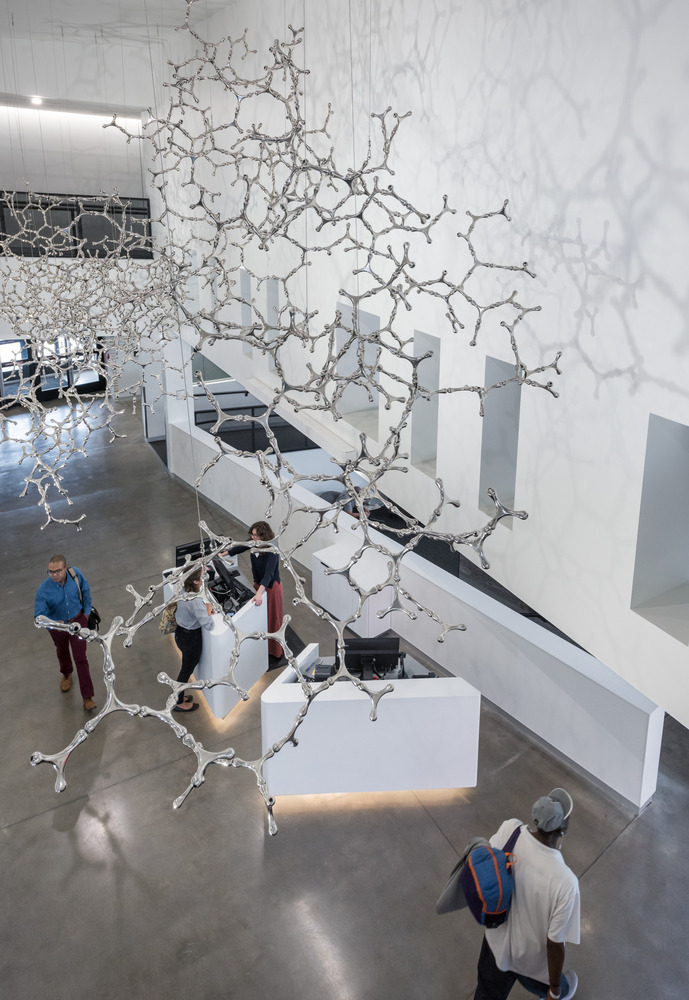 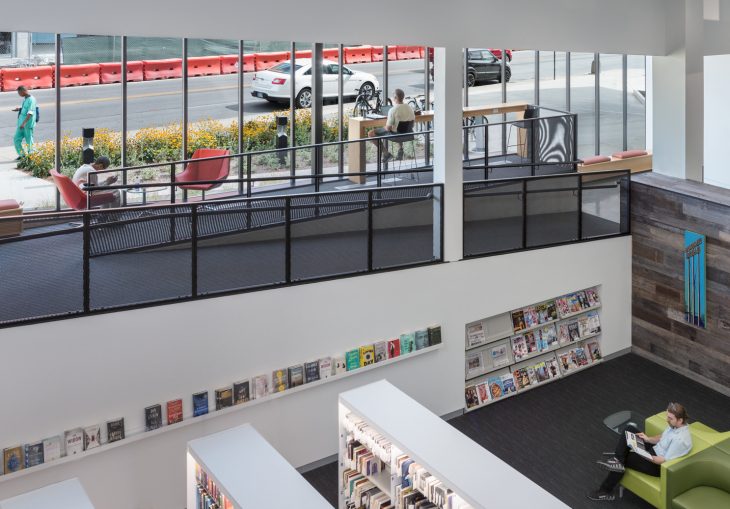 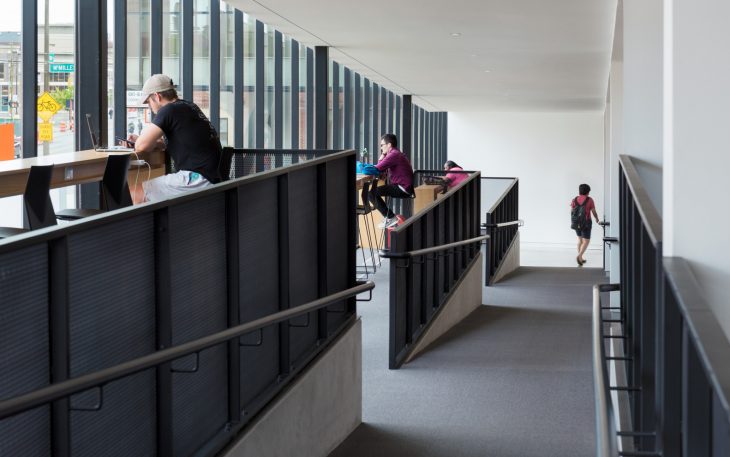 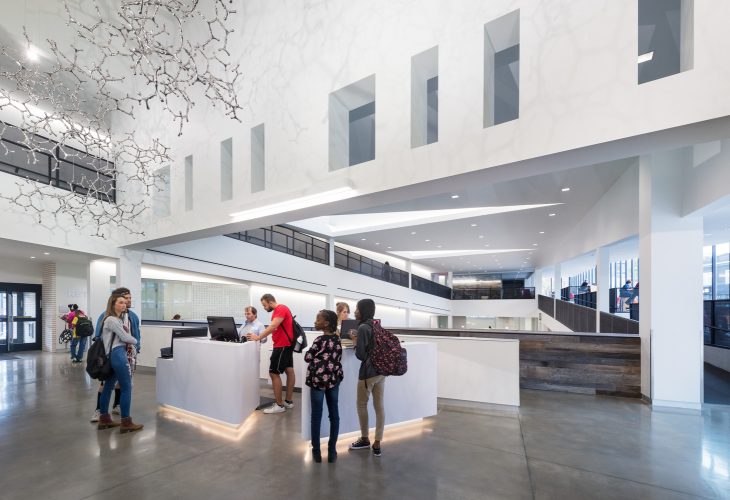 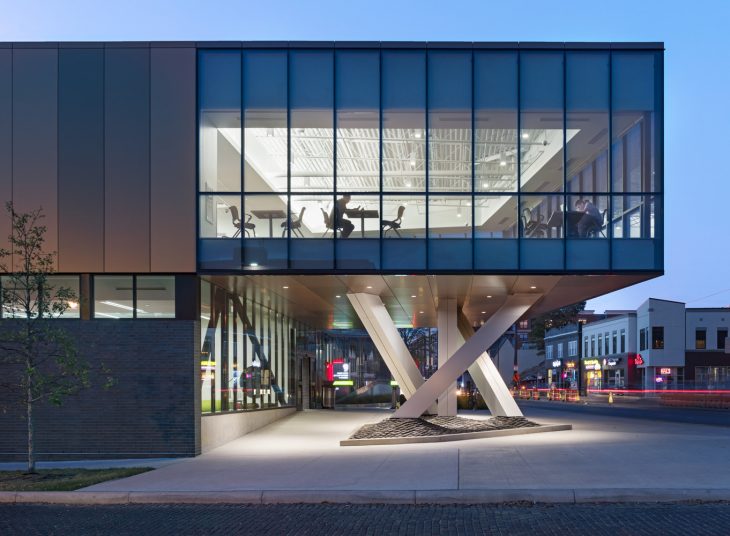 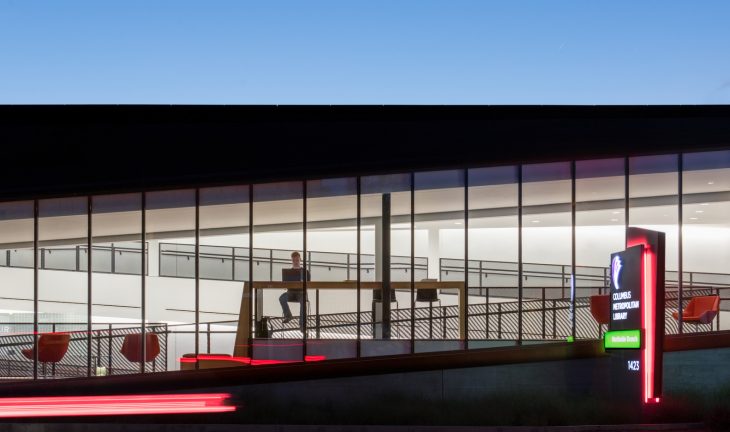 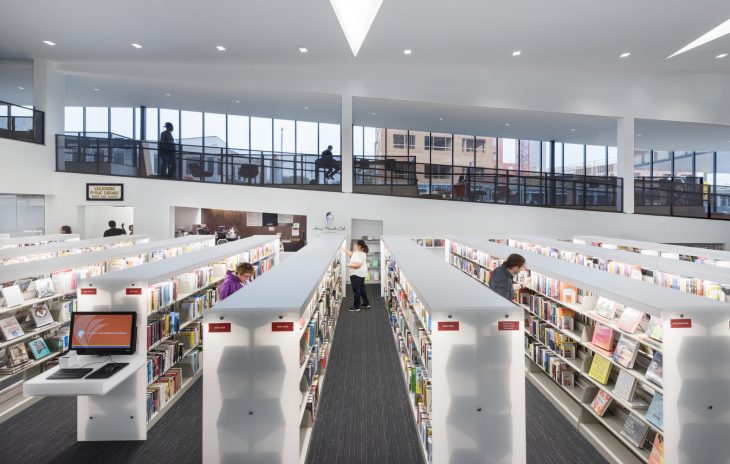 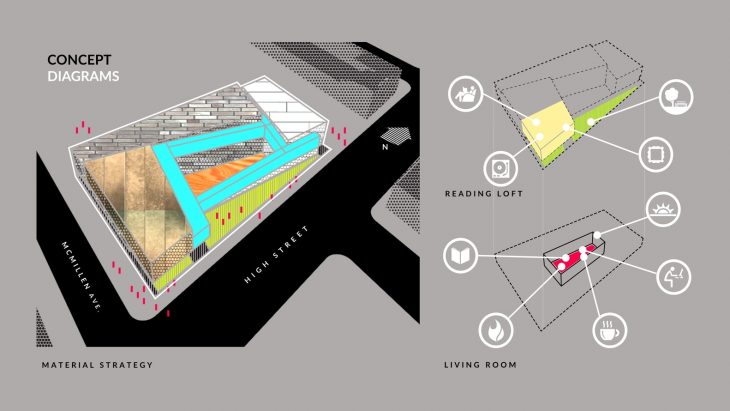 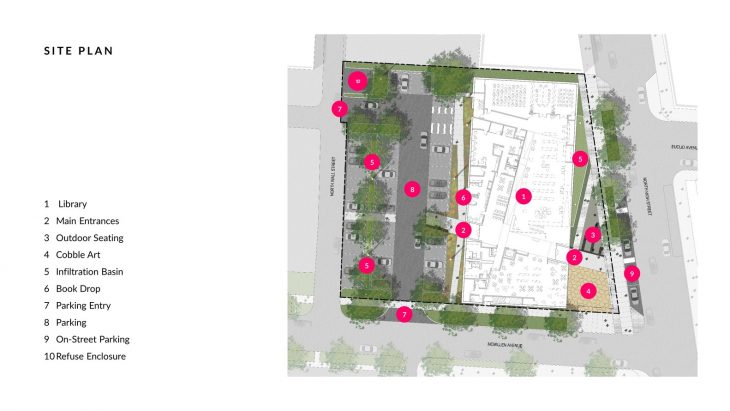 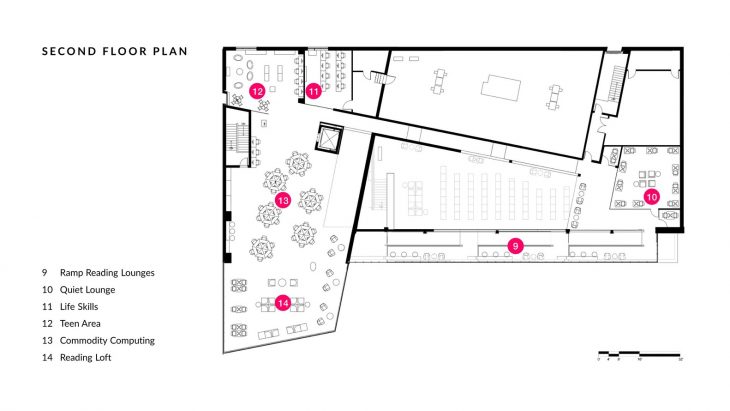 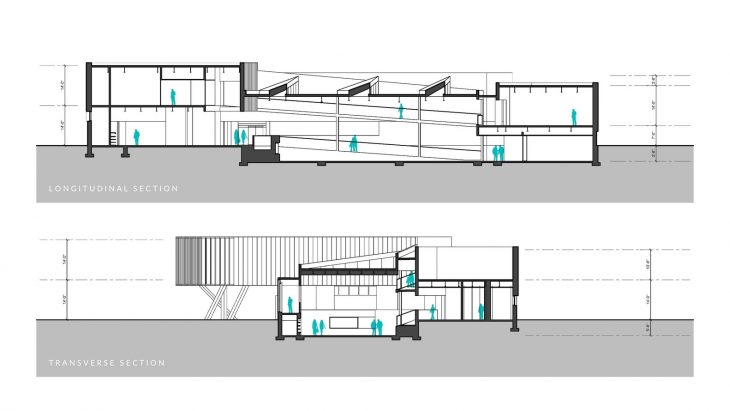 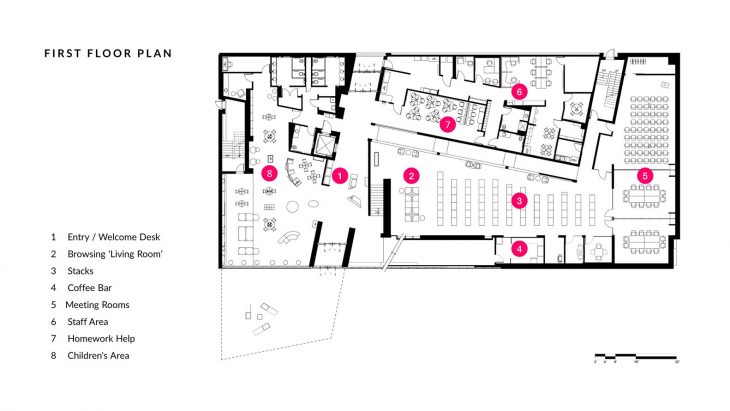 The new Northside branch aims to capitalize on its distinctive urban nature and the tide of new development behind the libraries of today. Currently sitting at a junction of four significant urban vectors in Columbus; the Short North growing north, the University growing south, the Peach District bordering to the west, and Weinland Park to the east. Rather than one single contextual driver, the library is a reflection of this unique junction, and as such celebrates the scale, material and vibrancy of these neighborhoods. 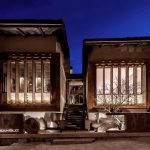