Considered to be one of the most influential and visionary architects of our time, Zaha Hadid redefined the architecture of the 21st century and captured the imagination of the entire world. A year after her sudden death, from 23 June 2017 to 28 January 2018 MAXXI is hosting Zaha Hadid in Italy, an exhibition curated by the director of MAXXI Architettura Margherita Guccione and Woody Yao, director at Zaha Hadid Design. Zaha Hadid in Italy, organised in collaboration with Zaha Hadid Design, Zaha Hadid Architects and the Zaha Hadid Foundation, intends to highlight the architect’s intensive and enduring relationship with the country. Installed in the spaces of Gallery 5 with its extensive glazing overlooking the museum piazza, the exhibition explores Hadid’s work through the rich and complex representational media she employed during the course of her career: from pictorial and conceptual sketches to three-dimensional models, from virtual renderings to interdisciplinary studies, together with objects, videos and photographs revealing her constant pioneering and investigative design research.

The exhibition installation by Zaha Hadid Design, which has been responsible for the design of all the studio’s exhibitions in recent years, was inspired by the architect’s sketches for MAXXI, a three-dimensional version of the fluid lines imagined for the museum that in adapting to the curves and the slopes of the architecture present the various materials organised in diverse areas.

An important section of the show is devoted to the Italian architectural projects including the Maritime Terminal in Salerno, the Messner Mountain Museum at Plan de Corones, the City Life project in Milan and MAXXI itself. Alongside these designs, some of which were fundamental in the evolution of her research, other projects recount the development and the breadth of her architectural thinking.

Another area of the exhibition is dedicated to Hadid’s research at all levels and in all fields, while another is devoted to design: this last features numerous objects created over the years for leading Italian brands such as Fendi, Sawaya and Moroni, Cassina, Bulgari and Magis. From vases to bags, from lamps to sofas, her constant experimentation is represented through drawings, videos and prototypes that describe a process that from the very small could also applied to the monumental.

A video wall presenting the various designs, a suspended structure traversing the exhibition and carrying the photos of Helene Binet who has portrayed almost all of Hadid’s architecture and number of large paintings such as Malevich’s Tektonic (2015) and Metropolis (2014) revealing her interest in Russian Constructivism complete the installation.

Zaha Hadid in Italy is accompanied by a catalogue in Italian and English published by Quodlibet with critical texts by among others Deyan Sudjic, Richard Burdett, Stefano Boeri and Patrik Shumacher, a section devoted to the photographs of Helene Binet and files dedicated to Hadid’s Italian projects. 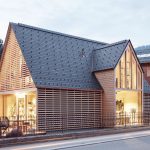 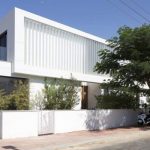