Massimiliano & Doriana Fuksas along with Jordi Enrich I Morns have won the international competition design for the Railway Area 'Baricentrale' project.

Massimiliano & Doriana Fuksas along with Jordi Henrich I Monrhave won the international competition design of the railway area "Baricentrale".

The project signed by Studio Fuksas desires to solve the issue of the fracture of the city of Bari in a radical way through the design of a large city park with promenade views of the city and the sea , which acts as the connective tissue of the entire project. Without burying the rail track, the project aims at the rebirth of a strongly degraded area and pass through a large elevated park, 3 km long with an east-west bike path. 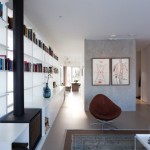 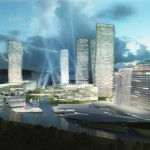