ov – a designed these stunning crystalline footbridges stretched between two historical buildings, forming a new symbol of the University of Chemistry and Technology in Prague. Take a look at the complete story after the jump.

From the architects: The two pedestrian bridges respect the exact location of the originally planned connection of the two buildings designed by their author, the architect Antonín Engel from 1936. He proposed to build two massive brick bridges supported by arcs and pillars, but his vision was never entirely fulfilled.

In 2017, the University of Chemistry and Technology held an invited architectural competition for the design of the current bridges in order to complete the original idea and connect the two ICT buildings into.

The buildings are connected by light glass bridges of a crystalline shape. The three-dimensional grid of steel pipes acts as a tension between the old buildings. The grid connects a rectangle with a hexagon, which refers to the world of organic chemistry – the benzene nucleus. The crystalline appearance of the connecting bridges carries the sculptural quality and lightness that complements the two existing solid classicizing buildings. Both the almost transparent bridges are seemingly floating above the 24 meters wide public street beneath them as their supporting concrete columns are entirely hidden underneath the historical façades of the CTU building. The glazed crystals become a new brand of the ICT, they show the dynamic inner world of the Czech leading chemical-technological university.

The bridge structure of both the footbridges consists of a simple girder placed on two reinforced concrete pillars, which are attached to the existing buildings and hidden under their facades. The pillars are based at the base of the buildings on a foundation distribution board supported by micro-piles. The diagonals of the steel structure serve as a strut and tie rods and thus help to lift the central section of the bridge. The construction is glazed from the exterior with thermal insulation double glazing with a sealed joint. The full ceiling of the footbridge strengthens the structure and prevents excessive overheating. The floor with a concrete layer dampens the vibration of the structure. The footbridges are closed by automatic glass doors.

The steel structure of the footbridge was brought to the site in one piece as an excessive load. During the transport, it was necessary to lift the tram trolleys. At night, tram traffic on Evropská Street was interrupted. After transport to the site, the structure was mounted on a support in a few hours by a mobile crane with a load capacity of 40 tons.

Client University of Chemistry and Technology 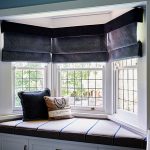 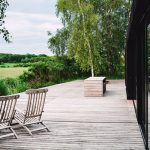