Project: The Solar Eclipse Pavilion
Designed by Michael Jantzen
Website: www.michaeljantzen.com
Michael Jantzen shares with us his project for The Solar Eclipse Pavilion, this concept design reflects on today's importance of solar generated power. Under it's roof a screen depicts an image of the sun, scope of the pavilion is over 7000 square meters. The Solar Eclipse Pavilion is a design proposal for a large steel public art gathering-place that converts energy from the sun into electricity for the community in which it is built. This solar energy conversion takes place through a 7000 square foot array of photovoltaic solar cells, which are mounted on the top of the structure. Some of the solar electricity is sent into the local power grid and some of it is used to power a large low energy consuming LED display screen, mounted under the solar cell array.

The LED screen displays graphic color images of the sun that are continually augmented by random light and heat variations, which are recorded by sensors embedded in the surface of the solar cell array. Accompanying electronic sounds (also based on the light and heat variations) can be heard as the images morph in color and shape. At night, the LED show continues as prerecorded images and sound are played back until the sun once again takes over the real-time manipulation of the display.

The solar cell array shades a large plaza with built-in seats, where the Solar Eclipse Pavilion can be used for special public events. Whenever required, the sun images and sounds can be replaced with any other appropriate information relative to the public event taking place at the pavilion.

Symbolically the structure refers to a gigantic computer chip, and like a computer chip, information and energy is manipulated across its surface to do work for those who use it.

The Solar Eclipse Pavilion is one in a series of public art gathering places that I have designed. All of them attempt to generate an excitement about ways in which alternative energy gathering systems (like photovoltaic solar cells) can be used to create public art that makes energy from the sun, and encourages people to gather together in a positive way. 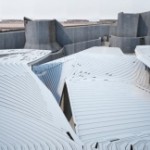 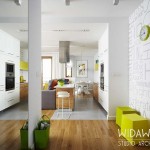