Roberto Benito Arquitecto designed this stunning private residence in San Francisco, Cordoba, Argentina. The house was designed for the architect and his wife, an interior designer. It has two bedrooms and a “studio”, which can be used as a third room, as well. Take a look at the complete story after the jump.

From the architects: Perhaps the continuous search that the Studio pursues to achieve a textural architecture, is reflected in this house with notoriety.

The significance given to materiality, represented by the nakedness and honesty of some natural finishes, makes it acquire a great relevance in expressiveness.

Volumetrically, it is made up of opaque perimeter enclosures, exposed concrete walls, cast in layers with different components in the dosage, giving it the appearance of geological strata.

Above these walls, that form blocks that separate and contain, rests a slab made of precast concrete joists, that are manifested inside. Upper cover of aluminized sheet.

This large “lid” is expressed as a rusted metal sheet border that runs around the perimeter and at some point it volumizes reaching the floor.

The partition and disaggregation of the voids was a premise, to provide the spaces with an interior / exterior continuity according to their use and privacy.

Three columns that participate in the large space, some exposed exposed pipes and a smooth cement floor and metal and glass partitions give the main room, square in proportion, with two transparent faces and two opaque ones to house pieces of art and books, a certain industrial style … Disguised loft in a low-density neighborhood.

Corner lot that allows differentiation of entrances. The private rooms are separated but linked by a common patio.

The landscaping was designed thinking about native species that represent the image of the vegetation in the region and facilitate the best adaptation.

A place designed for gathering with friends, honoring gastronomy in all forms, but also to promote a peaceful and reflective life.

Alluding at its sobriety to the outside, but showing off its character, it opens and allows its full potential to be lived in.

The house was designed for the architect and his wife interior designer. They have a close family and a very active social life. So their house was conceived in order to accomplish thouse expectations.

It certainly has two bedrooms and a “studio”, which can be used as a third room, as well.
Landscaping was eminently  based on native plants and natural ground.

Some of the trees that were considered are:
CINA-CINA, ESPINILLO (acacia cave), CHAÑAR, CEIBO (which Is our national flower), ALGARROBO, CALDEN, QUEBRACHO COLORADO, TALA, AGUARIBAY.
Some plants:
PENISETUM, HEMEROCALIS, STIPA, SALVIA . All kind of gramíneas that need just a few water and practically no maintenance. 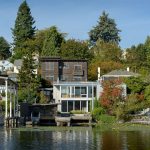 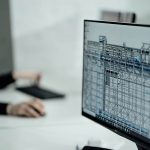