Alisée Matta and Giovanni Gennari who created the Milan based .nobody&co. back in 2005 are today garnering international attention thanks to their unique design perspective. The designers first took the spotlight at the internationally renowned Salone del Mobile in Milan where they presented their Bibliochaise armchair design followed by Piola Bookcase as well as the must have il Buddino (a colourful pudding mold shaped like a Buddha). Other designs by the talented duo are the Comfort Table, the Scroll Table, Sliced Book shelf as well as the Missing Chairs among others. [Il Buddino Photo Tom Mannion ]

As Alisée and Giovanni say problems are very often their best inspiration, a tiny flat they lived in almost two decades ago led them to create the design for Bibliochaise arm chair. Shaped as a cube to sit in, surrounded by slots all around to place the books in, this eye-catching chair can hold up to five metres of books. This sort of practical yet innovative design drive is what makes .nobody&co. standout on the design scene. “We don’t want to add “stuff” to an already full world, so, we really only design pieces that don’t already exist and that can really add something more. In terms of an actual piece of furniture such as the Bibliochaise, before us no one had designed an armchair which held books in it, which is quite incredible if you think about it!” – Alisée Matta and Giovanni Gennari in .nobody&co. interview for DESIGN SCENE September issue.  [Photo Jacopo Merizzi]

Presentation of their furniture and design pieces is always an important part of their work. For their much talked about Missing Chairs design, the designer collaborated recently on a showstopping shoot with two Alpine climbers Bianco Lenatti and Jacopo Merizzi as well as drone film director Simone Bracchi and photographer Jacopo Merizzi located on the famed Ghiacciao Ventina mountain top. The climbers known for opening mountain routes on the  hard to reach places such as Yosemite mountains, found with the team a perfect location for the chair shoot. However a great photo is hard to get, the team literally stood under a 300 metre mountain drop beneath to capture the impeccable images: “When we started shooting Simone Bracchi, the drone film director, sent the drone underneath to see what was there and we suddenly realized that we all were on one meter of snow with a three hundred meters drop immediately beneath us! We finished the filming full of adrenaline and it was a truly unforgettable experience. ” – said Alisée and Giovanni. That is not all, the chairs are to get another chapter, the designers are planning the new Missing Ocean collection for the 2017 with plans for a desert and underwate shoot already in the works. Don’t miss above the behind the scenes video from their Alpine shoot. What makes .nobody&co. designs stand out is the mix of creative expression and functionality resulting in artful furniture and design pieces, which like il Budino are even charming gift options (perfect for the upcoming festive season). The colourful pudding mold, or rather the pudding comes alive in the upbeat video below. Alisée Matta and Giovanni Gennari make sure to honour the Made In Italy moment with the quality of their design, they are making sure their design appeal to the eye of interior design aficionados who can have both visually stunning and functional pieces at an affordable price.  [Il Buddino Photo Tom Mannion ]

“Our products are made for everybody – without distinction. Our design philosophy is steered towards fantasy, where form is determined by function, but also influenced by our willingness to push boundaries and to create something that stimulates a creative reaction. We keep our minds open to every possible stimulation. Behind every NOBODY & CO idea there is an amazing work of precision, love and soul.” – the NOBODY & CO designers shared with us.

Find more of their story on www.nobodyandco.it 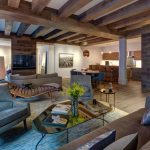 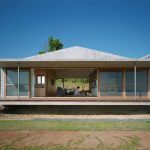