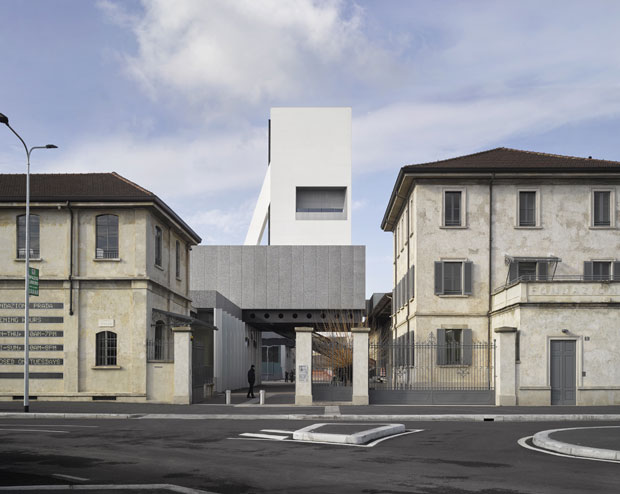 Fondazione Prada will open a new Tower – Torre, on 20 April 2018 to the public. Torre marks the completion of the foundation’s Milan venue, designed by Rem Koolhaas, with Chris van Duijn and Federico Pompignoli, from architecture firm OMA, and first unveiled in May 2015. Take a look at the complete stroy after the jump. 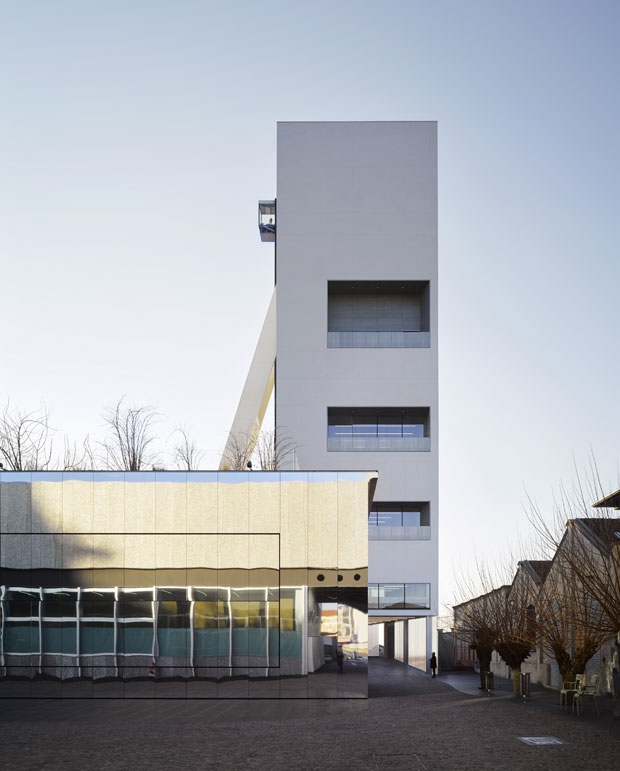 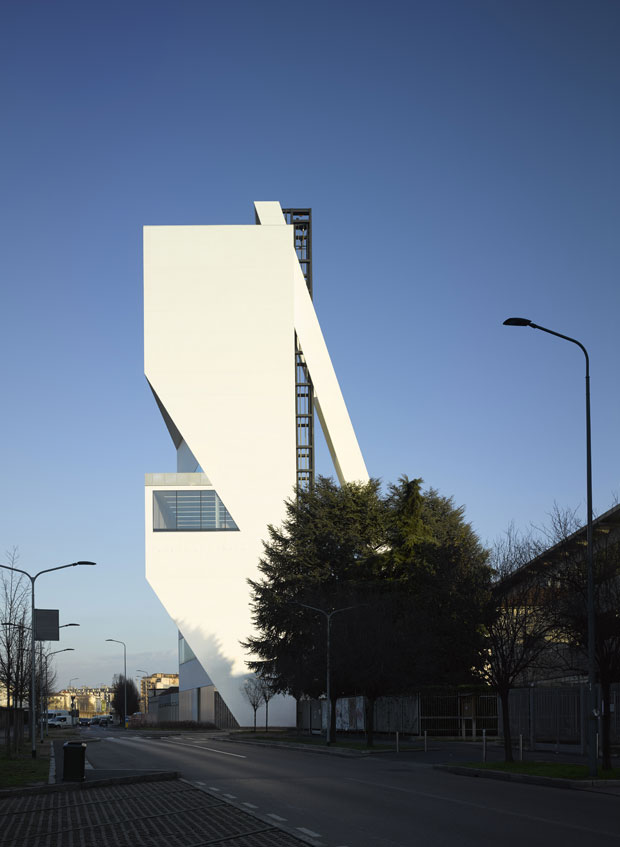 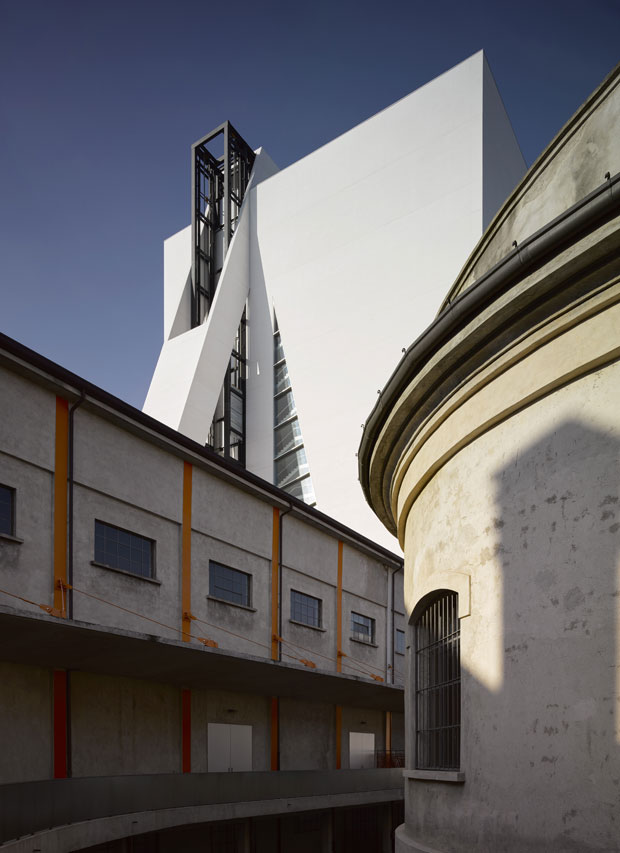 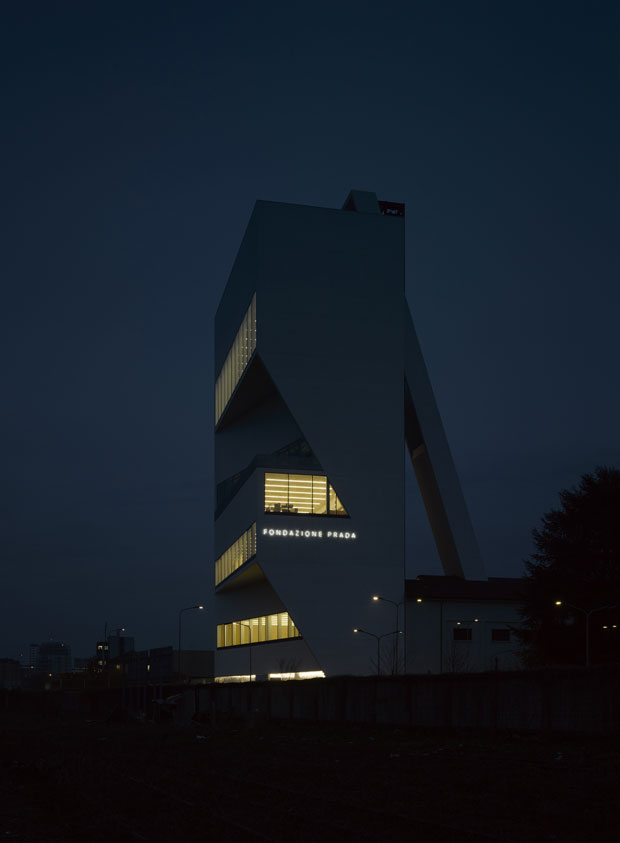 The tower is one of the three new buildings within the architectural compound, and is the result of the transformation of a distillery dating back to the 1910’s. The 60-meter high white concrete building will become a recognizable landmark for the Fondazione, revealing itself within Milan’s urban skyline while simultaneously framing an unprecedented view of the city through its large windows.

Torre offers nine levels, six  levels of exhibition spaces, for a total surface of approximately 2.000 sq m. The remaining three levels host a restaurant and other visitors’ facilities. The structure is completed by a 160 sq m panoramic terrace hosting a rooftop bar. The exhibition spaces have been conceived to display works and large installations from the Prada Collection, which mostly includes works by 20th and 21st century Italian and international artists, and set to become a resource of potential perspectives which future projects and new artists will contribute to.

From the architect: Torre is the final section of a collection of different exhibition conditions that together define Fondazione Prada. Its rectangular plan is constructed on a wedge-shaped site, on the North-West corner of the Fondazione; the tower consists of alternating blocks of wedge-shaped-plans and rectangular floors that are cantilevered over Milan’s public space.
At the rear, a diagonal structure emerging from the vastness of the Deposito pulls the tower back. To extend the typologies offered by the Fondazione, a series of systematic variations
is applied: each next floor is taller than the previous one, rectangular plans alternate with wedge shapes, the orientation of the rooms alternates between panoramic city views to the
North, or narrower views in opposite directions, East and West. Together these variations produce a radical diversity within a simple volume – so that the interaction between the spaces and specific events or works of art offer an endless variety of conditions…

At the base of the tower, a second entrance offers direct access to the tower, its restaurant and roof terrace, the experimental performance space of the Deposito, and to the other
parts of the Fondazione. The staircase is the one element unifying all irregularities – its complexity lifts it beyond the typical pragmatic element, the staircase has become a highly charged architectural element. 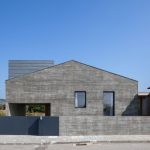 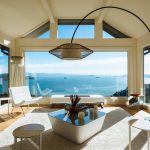