In 2016, the Olympic Park will be the heart of the Games. With an area of 1.1 million m², it will host competitions for 10 Olympic sports (basketball, judo, taekwondo, wrestling, handball, hockey, tennis, cycling, aquatics and gymnastics) and 11 Paralympic sports (wheelchair basketball, wheelchair rugby, boccia, judo, sitting volleyball, goalball, 5-a-side football, 7-a-side football, wheelchair tennis, cycling and swimming). The Main Press Centre (MPC) and the International Broadcasting Centre (IBC), where some 20,000 accredited journalists will work during the Games, will also be built at the site. Considering the importance of this moment to the city and Brazil as a whole – in addition to the World Cup of 2014 – brings great visibility for Brazil’s current economic growth, the Olympic and Para-olympic Park are understood as a great opportunity in rethinking the current model of development in Barra da Tijuca. It’s important to change the current paradigm, which opposes the real state logics to the public space quality, to a new one focused on the city’s sustainable development.
Masterplan: games mode. The site was subdivided in programmatic bands in the direction north-south, separated from each other by streets for cars and pedestrians. This structure will determine the public character of the Olympic and Para-olympic Park, making it a vital part of the city, with lively public spaces and mixed-uses instead of a sectorized, monofunctional area. Catalysing all these fluxes, the plaza is the place where people meet each other, hang around and disperse in the middle of so many events, besides being the symbolic space for the gathering of different nationalities and cultures.
Post-games mode. After the Games, the sports venues and new developments will form a reference for the city in terms of urban planning and sustainability. The Urban Masterplan frees up at least 60 per cent of the Olympic Park area for future developments. The new permanent sports facilities will be built around the existing ones – the Maria Lenk Aquatic Centre, the Olympic Velodrome and the Olympic Arena. After the Games, this group of venues will form South America’s first Olympic Training Centre and will become a reference in discovering and developing sporting talent.
Legacy mode. The urban plan also includes the transition from ‘Olympic Games Mode’ to ‘Legacy Mode’ conservation of the site’s environmental features, with special focus on the lagoon’s ecological restoration, universal accessibility, integration with municipal projects planned for the surroundings, sustainable technological innovations, connection between future spots and non-sports venues through public spaces.
35
SHARES
ShareTweetPinterest 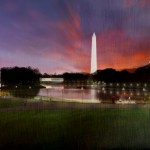 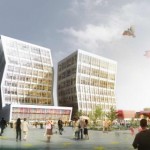