ZAHA HADID ARCHITECTS have officially celebrated the wrapping of Napoli Afragola Station first phase construction. The new transit hub will massively speed up the travel to the south of Italy, the station has been inaugurated by Italian Prime Minister Paolo Gentiloni. The project marks another landmark design for the prolific London based Architecture Practice.

The new rail station at Napoli Afragola is designed as one of southern Italy’s key interchange stations serving four high speed inter-city lines, three inter-regional lines and a local commuter line. In addition to the planned high speed rail services connecting Bari and Reggio Calabria with the north of Italy and Europe, by 2022 new rail infrastructure will create an important hub at Napoli Afragola serving the entire Campania region by integrating the southern expansion of Italy’s high-speed rail network with the Napoli Cancello line and the Circumvesuviana commuter railway extension. Located at this major intersection within southern Italy’s rail network, Napoli Afragola connects the 15 million residents of Campania, Puglia, Molise, Calabria and Sicily in southern Italy with the national rail network in the north and the rest of Europe. It also enables goods and passengers from Europe and northern Italy to access the southern ports of Gioia Tauro, Taranto, Bari, Brindisi, Palermo and Augusta. Once all lines are operational, 32,700 passengers are expected to use the station each day (4,800 each morning and evening rush-hour) with a total of 84 express trains using the lines. 28 high-speed trains serving each direction will stop at Napoli Afragola every day, providing an express service in each direction every 30 minutes (40 minutes outside peak times), with approximately 700 passengers planned to alight or board from each platform. A further 200 regional and local train services will stop at Napoli Afragola, creating a key interchange within the national, regional and local rail networks. – from Zaha Hadid Architects

Scroll down for more of the impressive station design: 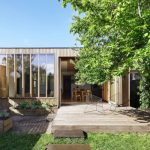 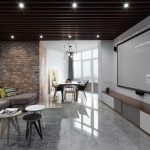