Miyao Design Studio transformed a former cafe in Vladivostok into Gallery Gif – A multi brand showroom that combines retail stores and exhibition spaces. Take a look at the complete story after the jump.

A place creates meaning. The client wanted to reorganize a former cafe into a space where people can get acquainted with young local brands or present their own projects. Together with the customer, we conducted research and created the multi brand showroom called Gallery Gif — a place where principles of retail stores and exhibition spaces have been combined.

There was nothing left that resembled the previous venture: the floors, the ceiling, the walls and outdated utilities were completely dismantled. This project was implemented with a small budget and in a short time, and it helped us make quick decisions and quickly implement them. All work there went in parallel. So, we developed the interior design project, which set the general logical framework of semantic and visual concepts, and only after that we proceeded with branding along with the construction work.

Mobility was especially important in this project. The client wanted everything in the showroom to constantly change, renew and take different forms. Therefore, there was a lot of free space in the middle of the room to conduct presentations, lectures and master classes, or organize mobile exhibitions. People coming to such events can sit on a soft pedestal, which also has some space inside to hold their possessions.

Metal exhibition stands were placed around the perimeter of the showroom. Each of them was designed and manufactured specifically for each brand. The color identification of the stands was used to visually emphasize their differences from each other. In general, we decided to make the room monochrome, and use concrete, plaster and metal as the main materials, so the color designs of stands could look like separate art objects. It is also planned that the exhibition stands will be modified in the future, thus being used in a new perspective. Lighting is implemented with the help of spots on ceiling bars which also help to correctly set up light accents while changing the exhibition stands.

Minimalism in this project was expressed not only in general stylistic decisions, but also in the project implementation process itself. In a short time and with a minimum budget, we managed to create a place where new ideas could be born.

After creating the visual part of the interior, we began to develop the branding. The name of the gallery was invented together with the client, and it greatly expressed the general concept of the place. Such associations as interchangeability, emotionality, and eventfulness ideally suited as general reference points. After that, a search for forms expressing these concepts in visual communication was conducted. As a result, a monochrome grid became the basic graphic element which determines the shape of the environment and distorts the space around. The colors of the exhibition stands that were used in the interior were reflected in color gradients and stripes, expressing the connection of brands among themselves. As part of this concept, we created a line of posters, banners and invitation cards.

We also puzzled out how to reflect the elements of branding in the interior. The whole idea was to place large racks with storage boxes which have analog LED panels with moving lines of text on their sides. 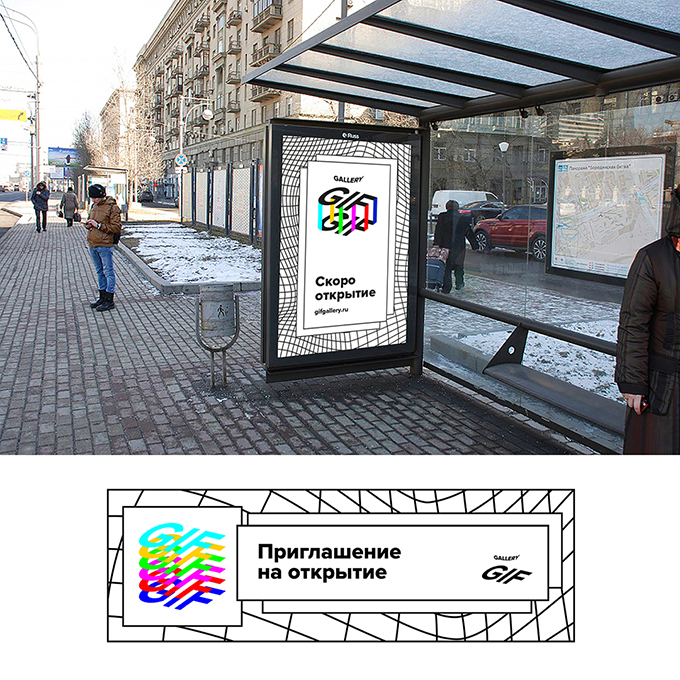 At the end of this project, we launched the creation of an artwork that was completed in a few hours. It expressed such ideas that one needs to move quickly, realize their potential, create and constantly try new things, because the only thing needed for it is some enthusiasm. This art may seem extremely simple, but that is its essential part. In this work, we reflected what this room is capable of and why it now exists. Infinitely bright objects are born in an infinitely empty place forming an infinite number of variants. 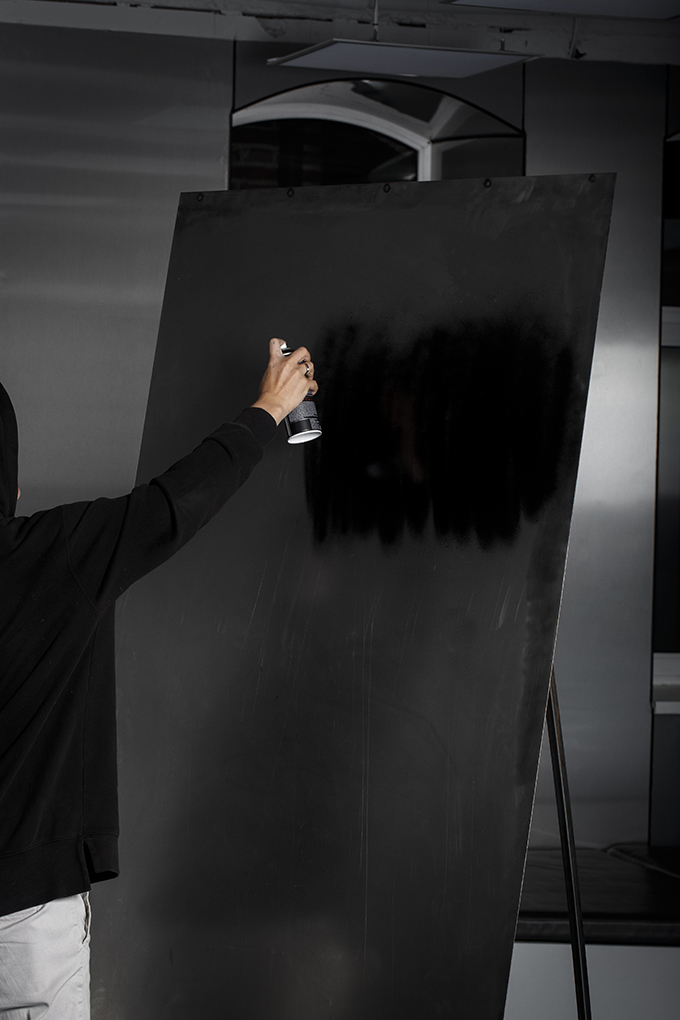 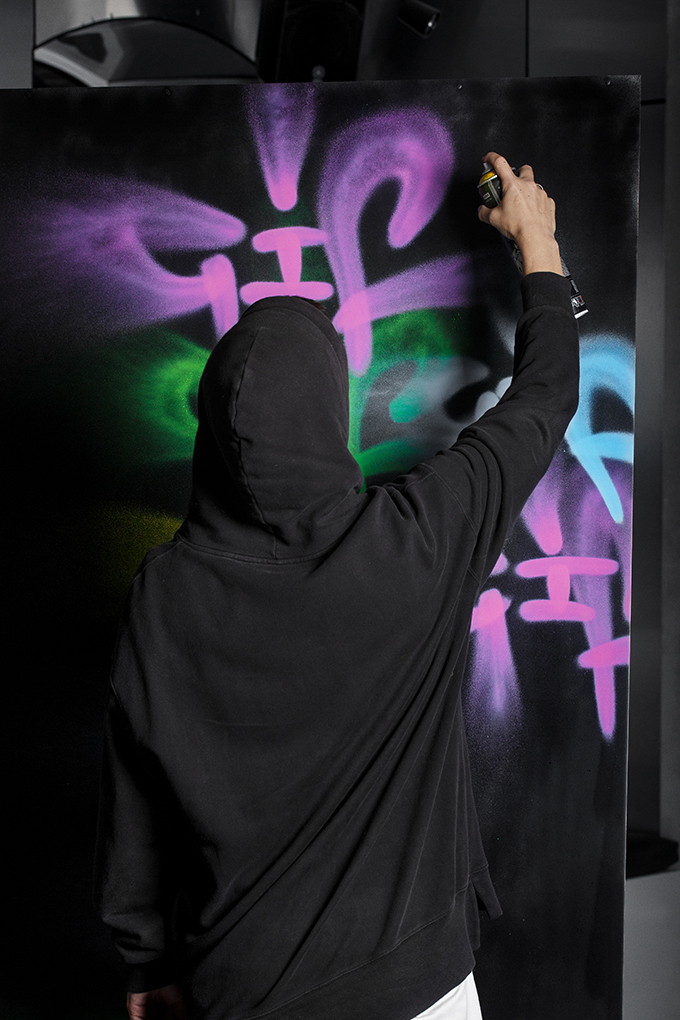 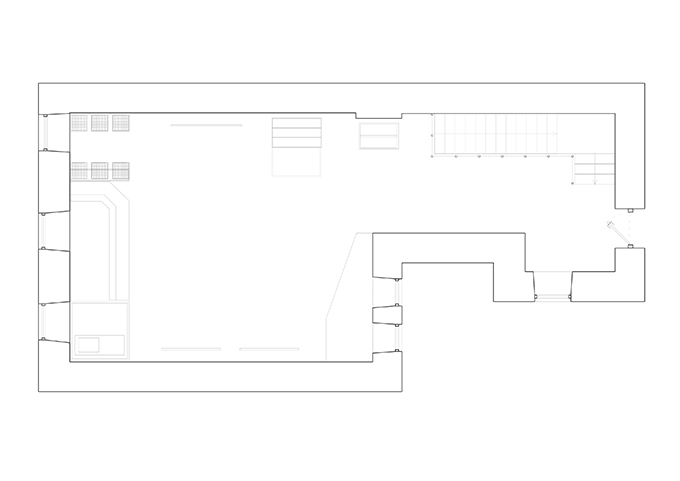 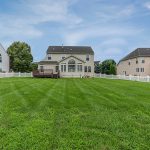 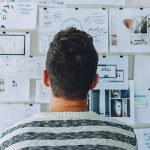