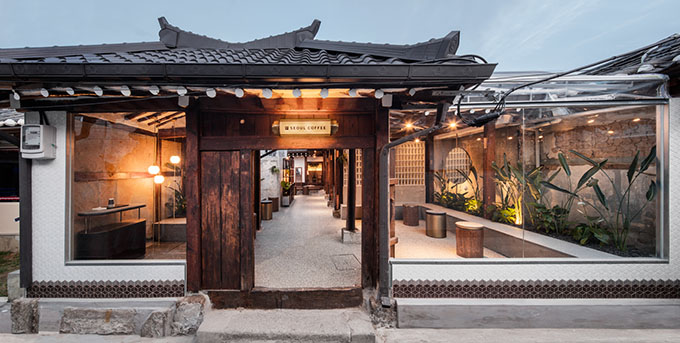 LABOTORY designed this charming cafe located in Seoul, South Korea, in 2017. The goal was to create an atmosphere like it was in the 80’s and 90’s. Take a look at the complete story after the jump. 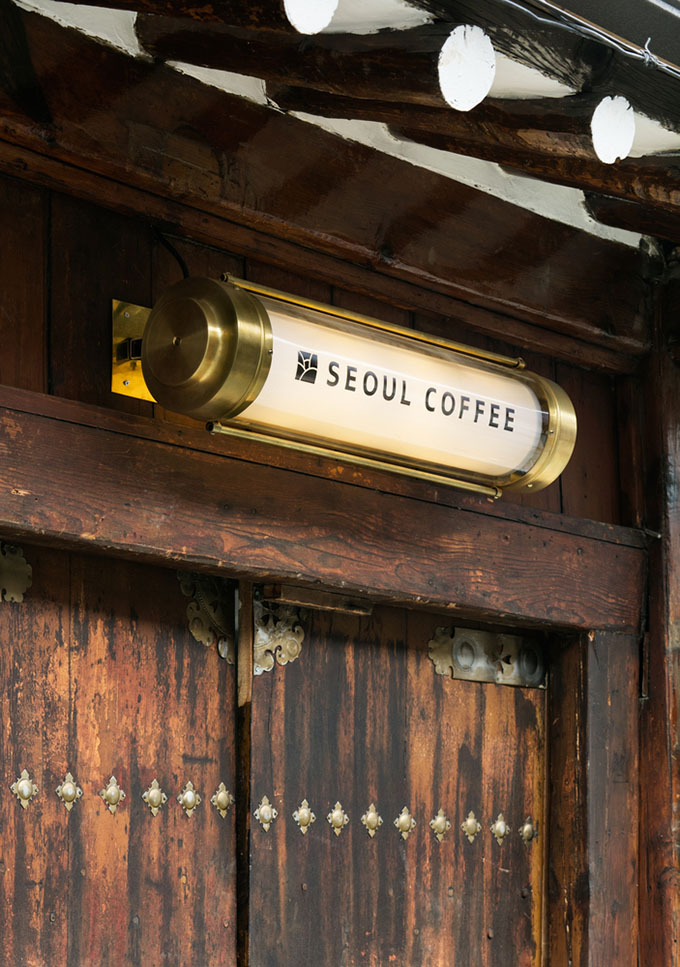 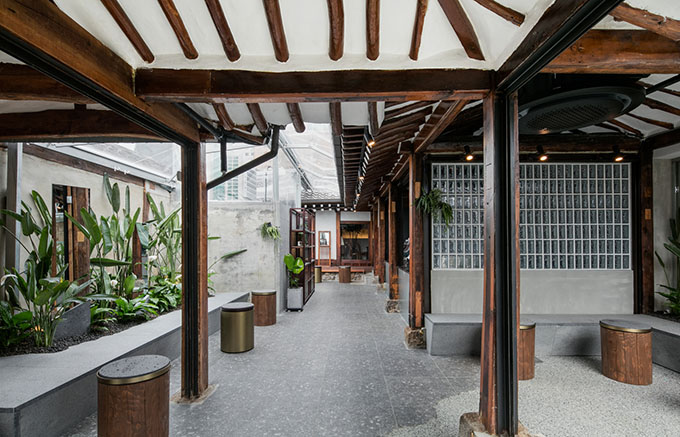 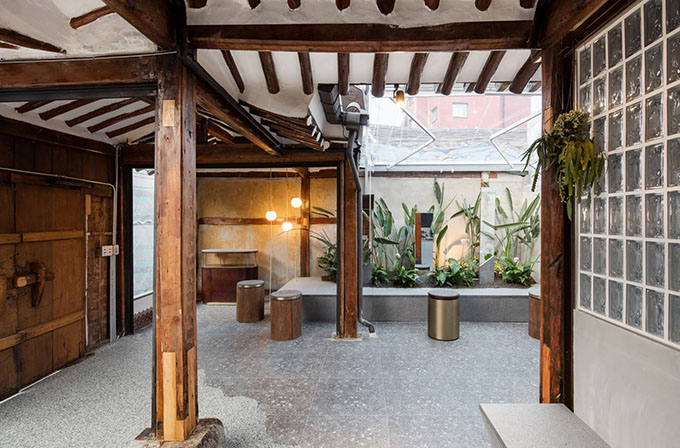 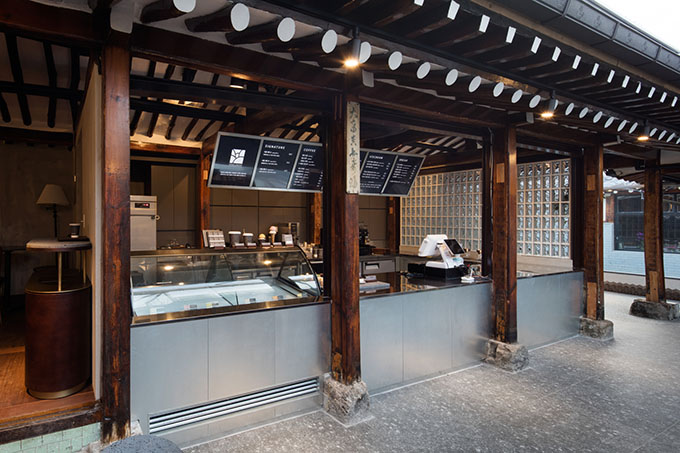 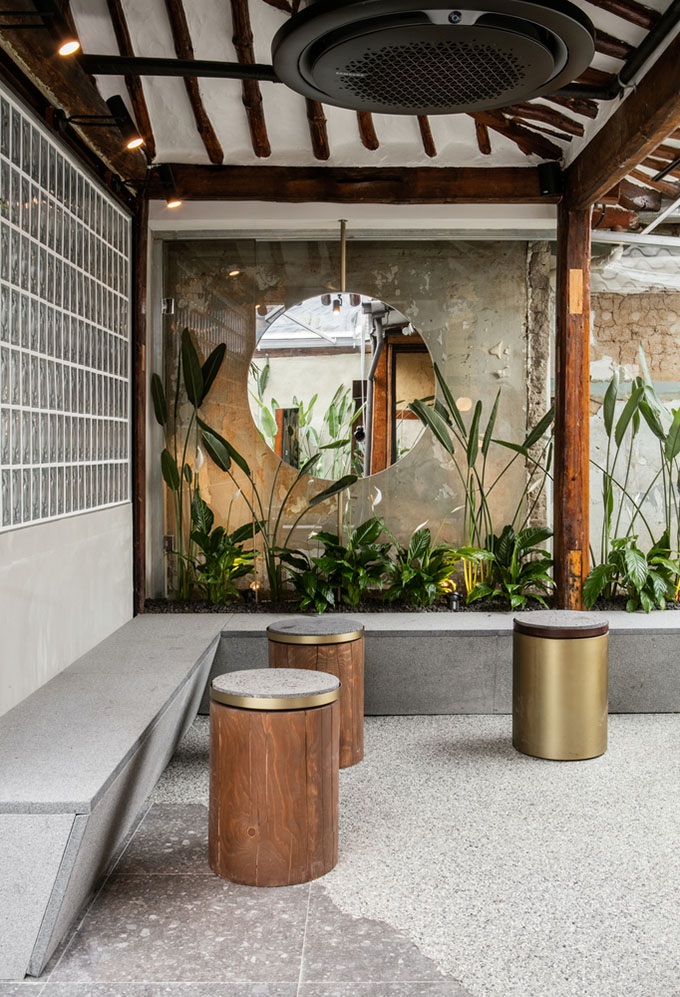 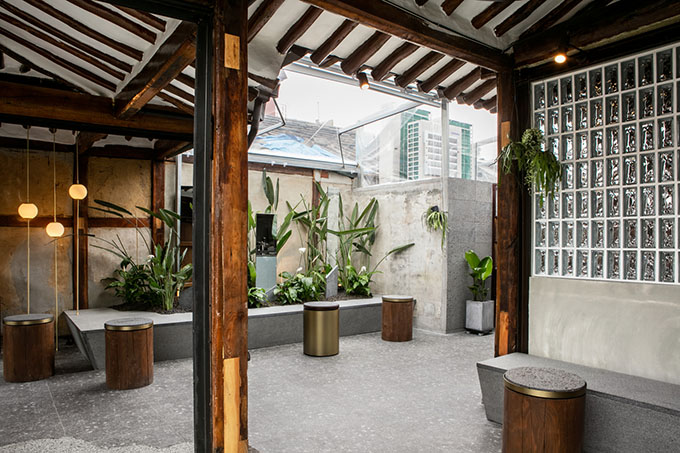 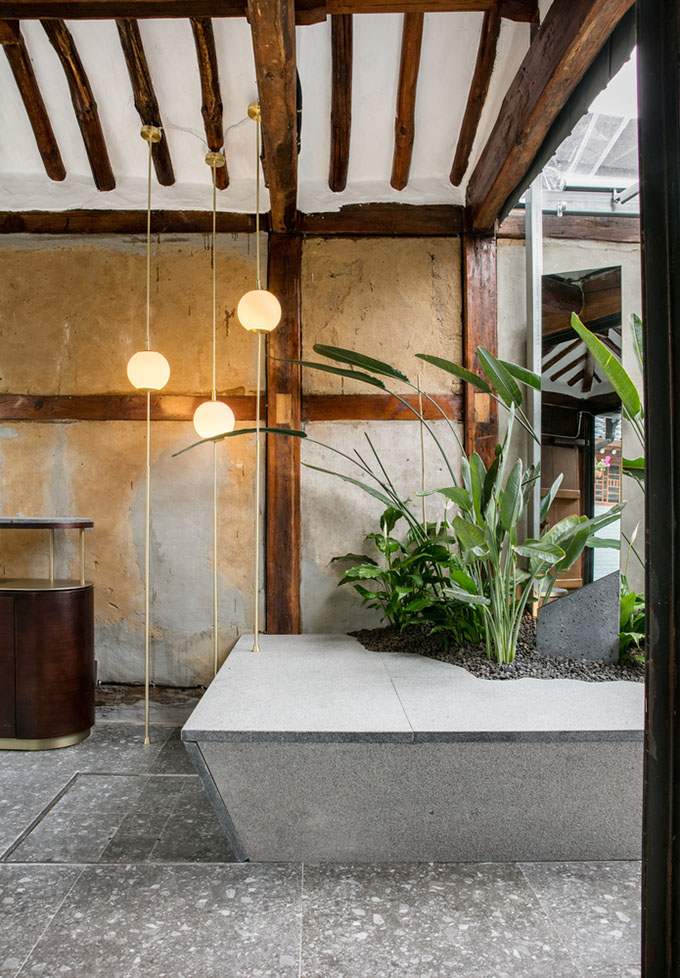 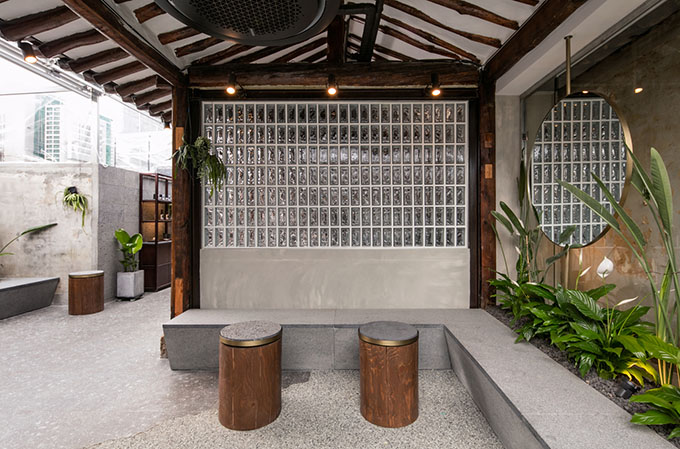 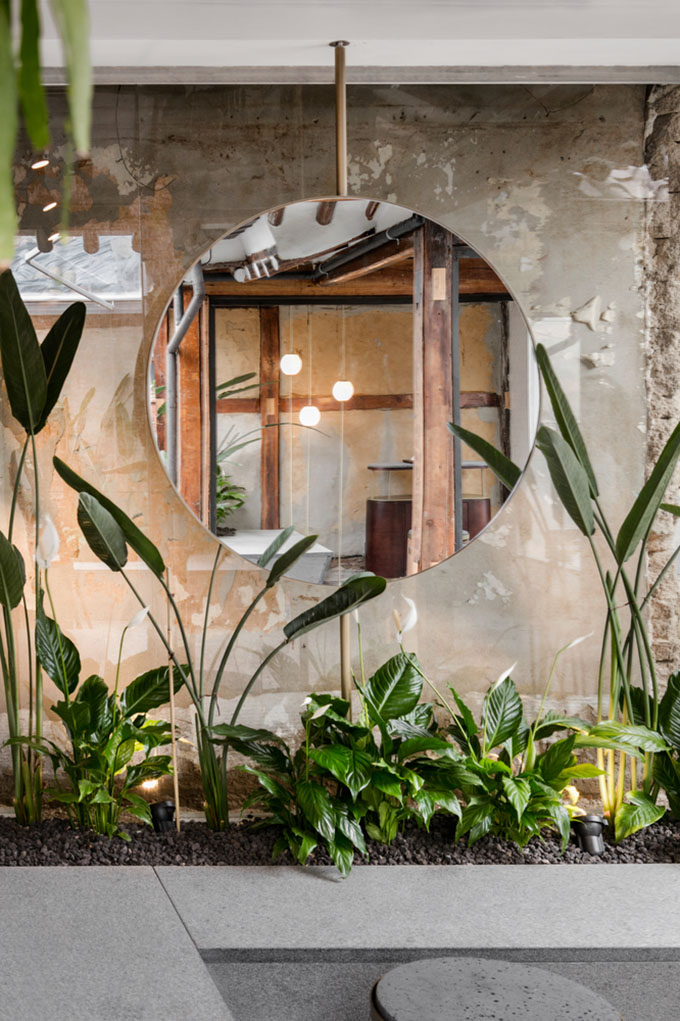 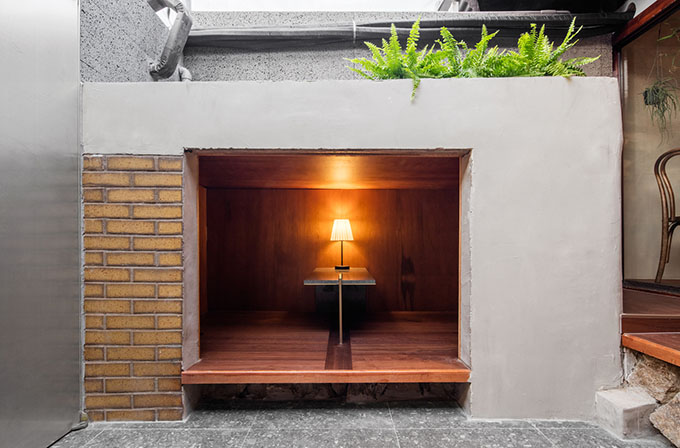 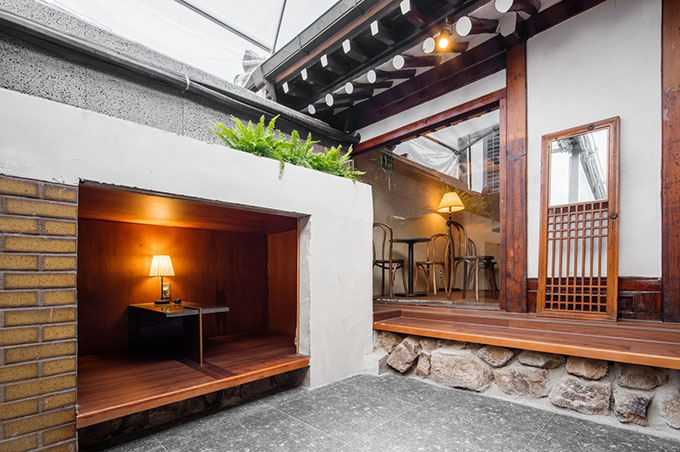 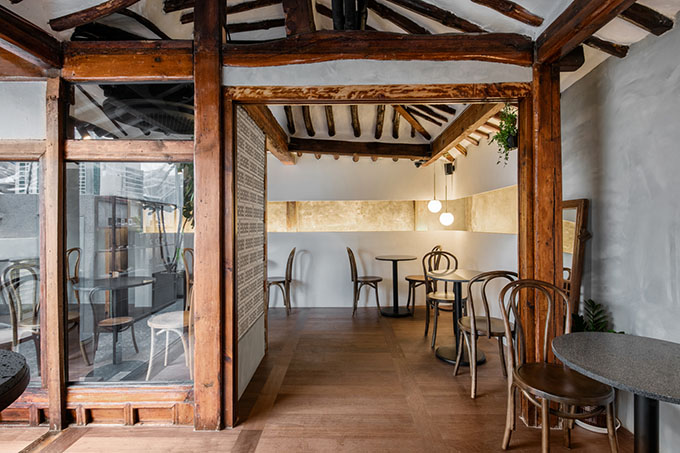 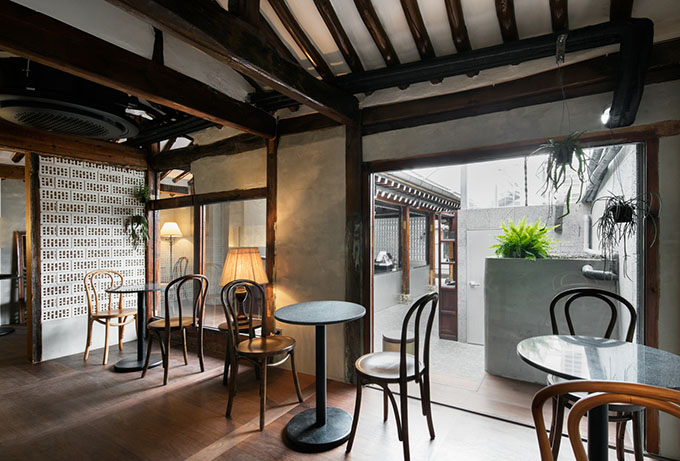 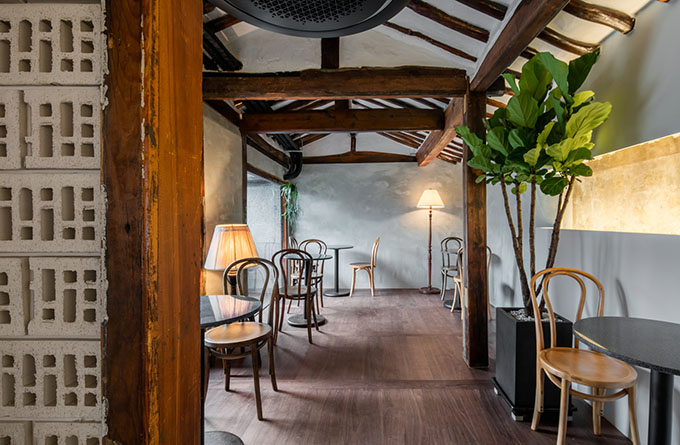 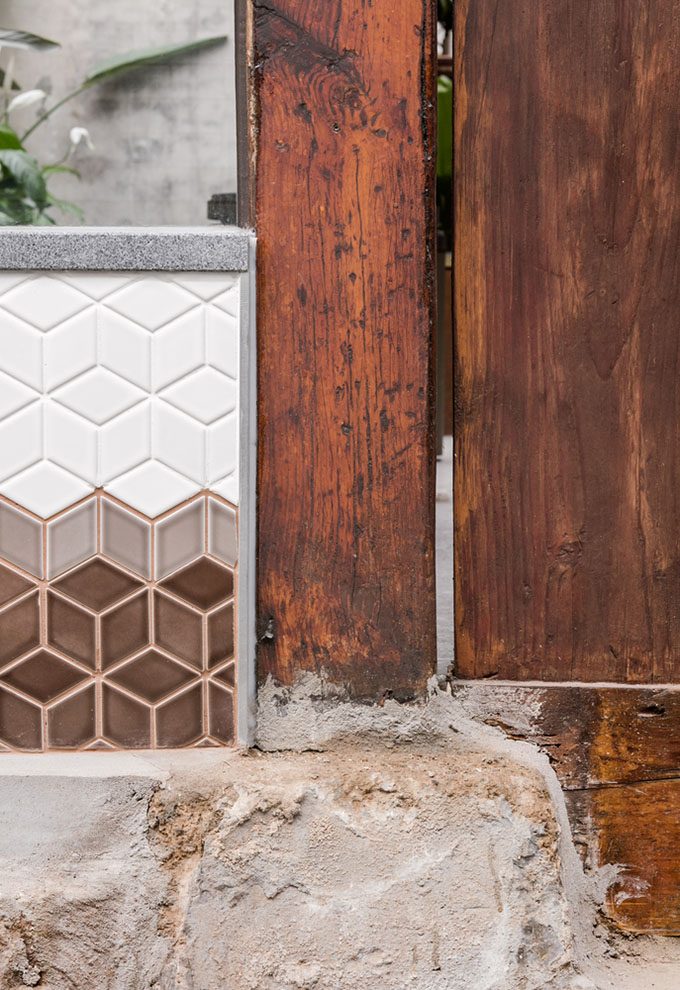 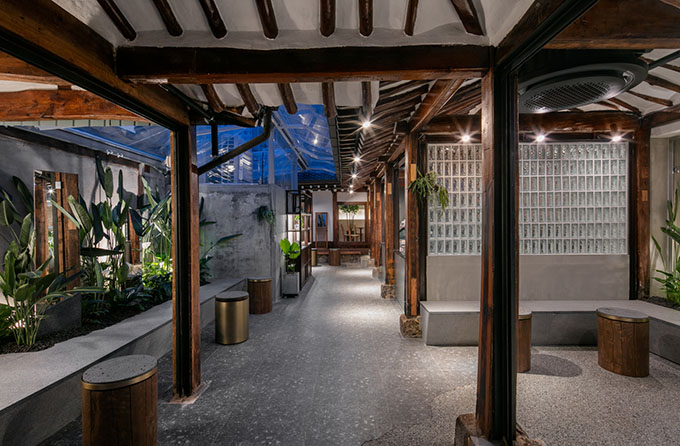 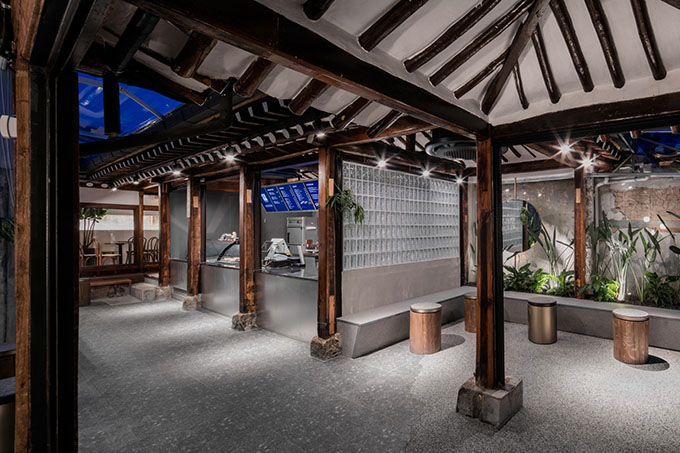 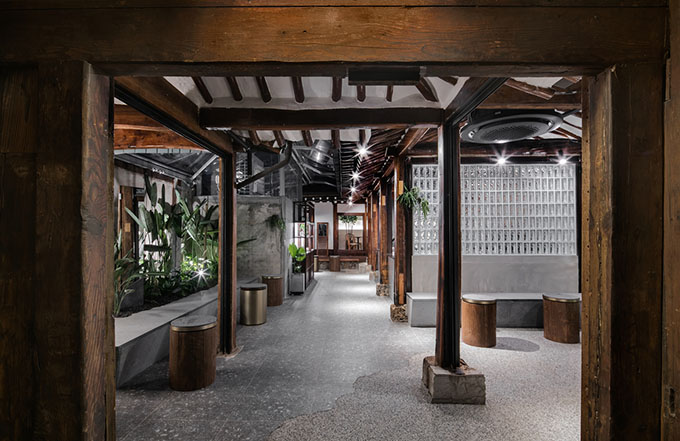 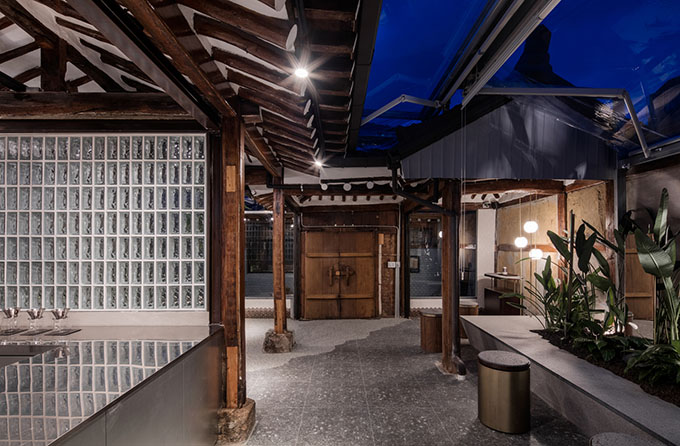 From the architects: Seoul Coffee aspires to create an atmosphere reminiscent of Seoul in the 1980’s and 1990’s. Rather than doing a complete re-enactment of those times using new items, the focus is on using items that had been preserved from the past. As such, the first site selected was in the Hanok Village in Ikseon-dong. The Mongwon-dong branch that forms a part of the franchise was selected for the elements that could be built upon to play up these aspects of conserving a classical style. But naturally, there were challenges in using/ conserving old items. Simply being old was not enough for an item to warrant its use. We needed several items that would give a classical feel even if they were new. Spots had to be designated where these items could be placed to create a concept and determine the overall layout.

Seoul Coffee Ikseon branch is one of the few remaining Hanok (traditional Korean houses) in Seoul. This served as both a strength and weakness. The project required us to highlight the strengths while working around the weaknesses.

Excluding the main entrance door, the exterior façade needed major re-work. Once inside, the structure was not one conducive to be used as a café except for maybe the columns typically found in Hanok structures. Most importantly, there was no space that served as a courtyard that usually adds an interesting touch to Hanok structures, preventing sufficient sunlight from entering inside. As such, careful consideration was needed as to which parts had to be dismantled and which parts left intact. In the end, we decided not only to remove the existing walls but also the ceiling to have natural sunlight be brought indoors and serve the function that would have been served by a courtyard. Secondly, a thorough diagnosis was made on the walls that could be used to keep those that could be used. During the process of dismantling the walls, we discovered areas where wallpaper had been covered in multiple layers to create an interesting pattern, or where the bricks and clay created an interesting mix. These walls were left intact.

After laying the groundwork and completing the dismantling, the design and construction were carried out to incorporate various items that can contribute to the unique identity of Seoul Coffee, where “classical items” that were in fact manufactured recently would harmonize with the setting in a rustic manner. One of the items that draw particular attention is the signage of a barber’s shop that is nowadays difficult to find. Such signage was common in Seoul during the 1980’s and 1990’s but are no longer so. We changed the material and details of the signage and placed it horizontally rather than vertically as it was used several decades ago, to create a unique signage that captures the identity of Seoul Coffee.

Secondly, glass blocks were used. While these are commonly used these days, they are also materials that trigger nostalgia, as they were commonly used in bathhouses, hospitals, and corridors of buildings back in the day. Interestingly, these glass blocks went well with the Hanok structure, too. Thirdly, we paid particular attention to bring out a uniquely Korean feel. A ‘Korean feel’ is different from an ‘Asian feel’ in a broader sense. While the cultures of Japan, Korea, and China are similar to one another, they also have unique characteristics that set them apart. We believe that what makes the Korean style stand out amongst different Asian styles is the emphasis on “natural” aspects. As such, materials that would bring out such aspects were used, including granite that was used as grinding stones in the past and gravel to blur the line between the floor and the outer lines. These are also elements that bring together the old and new in a rustic Hanok setting.

Step 3. Convenience for the users

Seoul Coffee was a project that was developed over time with the client who is a visual designer, by continuous working on the software that would bring images to life. As such, great attention was given to detail, including the ice cream packaging and logo of the brand. Another item we gave great thought to was the form of the table and trays. We calculated even the look of products and menu items on the table to determine the size and finishing material for the trays and tables. This was done to accurately capture the sense of scale from the user’s point of view to minimize any inconvenience while living up to aesthetic standards. 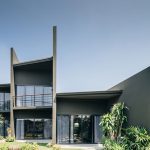 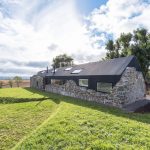